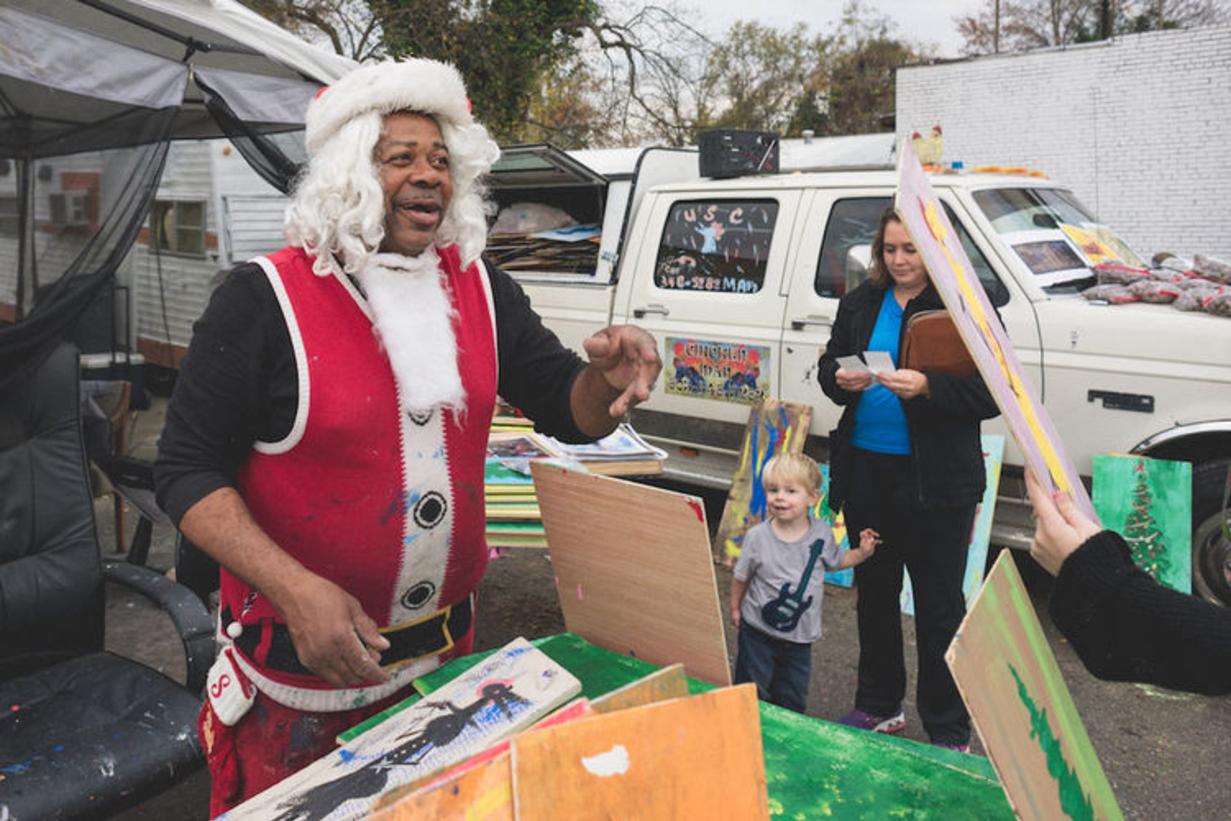 Why Trailer Theft Is Rampant in SC

Ron Melancon is a man who lives to fight against trailer theft and trailer accidents. And now, The Chicken Man’s stolen trailer is one of his focuses.

In December Free Times ran a story about the art-hauling trailer of Ernest “The Chicken Man” Lee, which was stolen in September. Melancon called to say he was going to make that story the No. 1 story about stolen trailers for the next month when the topic is searched on Google. Spreading information on trailer thefts is part of his mission. One claim that Melancon wields in this mission is that South Carolina is the “stolen trailer capital of the United States,” as he told The Post and Courier in 2014.

“You can steal a trailer in 20 seconds and you can sell the contents,” Melancon says. “[Trailer thieves] are making money.”

Boy Scout trailers, U Hauls, horse trailers and boat trailers are some of the most stolen, according to Melancon. And one group whose careers make it so they can ill afford a trailer theft are disproportionately affected — bands. Twelve percent of trailer thefts, by Melancon’s math, leave musicians without their drums, amps, guitars and other gear.

Registration and license tags for personal use utility trailers are optional in South Carolina. While an owner might choose to get a tag, it is not required by law. This makes it difficult for law enforcement to track people’s wayward property, and makes it less likely that an officer will pull over a suspected stolen trailer in tow.

Some Christmas tree haulers and craft fair merchants don’t bring their merchandise to South Carolina because thieves know stealing trailers is simpler in the state.

That assertion is backed up by Chad Dickert of Old South Trailers in Prosperity, South Carolina.

“Typically around Christmas time there’s an uptick” in trailer theft, Dickert says. “It’s a common thing for us [at Old South Trailers], people coming here to replace trailers that were stolen.”

Dickert suspects that out of every 10 trailers he sells, two or three of them are to replace a unit that was stolen.

And just as Melancon asserts, the reason that trailers are so frequently stolen in South Carolina is because tags are optional, which makes it a trailer thief’s job all the more easy.

“You can steal it and turn around and sell it,” Dickert says. “Once the crook, [the thief], sold it to the victim, they’re long gone.”

The Chicken Man’s stolen art hauler isn’t the first story that brought Melancon’s focus on South Carolina. In 2010 a trailer became detached from a vehicle and killed University of South Carolina student Charlie Meador. Melancon began pushing Charlie’s Law to the General Assembly. The law sought to establish safety regulation for trailers, such as requiring two chains to connect the hauling unit to the vehicle along with the regular hitch. That piece of legislation never passed.

“Those decisions affect the life of you and me because you got to be behind these things,” Melancon says. “You have an officer that can pull you over for not wearing a seatbelt but you can pull a homemade trailer with no lights.”

Homemade trailers especially draw Melancon’s ire. Melancon has story after story, as a follower of trailer-related accidents, of humans being maimed, bloodied, or brutalized by homemade trailers.

His own war on unsafe trailers started after he ran into a unit with no lights.

Dickert says attitudes towards homemade trailers are changing, making them less prominent but still a risk.

“I think it’s frowned upon,” Dickert says. “But I don’t think there’s any kind of written law. I know there’s plenty of people out there with welding skills that build their own trailers.”

Even if people are wising up to the dangers posed by homemade trailers, the problem of theft still lingers. But anything the State House does about trailer registration might just get deflected into another type of theft than that of units that get towed behind vehicles, Dickert says.

“If this was a tag state it cuts out those kinds of people trying to do that,” says Dickert. “I’m not advocating for tags. I don’t like paying fees. But logically speaking if you had to have tags it would be harder for thieves to get rid of [trailers] and then they’re going to steal something else.”

As Dickert says, “If evil’s in them, they’re going to do evil.”