Sunday night, an
RV carrying a Lancaster County family of six barreled through a guide rail and over an embankment at a sharp bend of Route 419, near the base of Blue Mountain, in Bethel Township.


It’s far from the first time a heavy vehicle has busted through that section of guide rail. An hour or so after the story was posted on readingeagle.com, I received a call from a Ron J. Melancon. He’s on a mission to establish a nationwide RV license much like a commercial driver’s license for truckers.


Melancon referred me to his websites,
dangerousrvs.org and
dangeroustrailers.org, that link to horrific news stories about road fatalities linked to operators of RVs or non-commercial vehicles hitched to campers and other trailers. He asked me if I agree that it makes no sense that you need to take a test to prove you can ride a motorcycle, but no such test is required to operate a 30,000-pound vehicle, much less one towing a trailer towing a car.


I told him he raises a good point.


Rational Mind, why don’t you savor your latest victory and just be quiet. 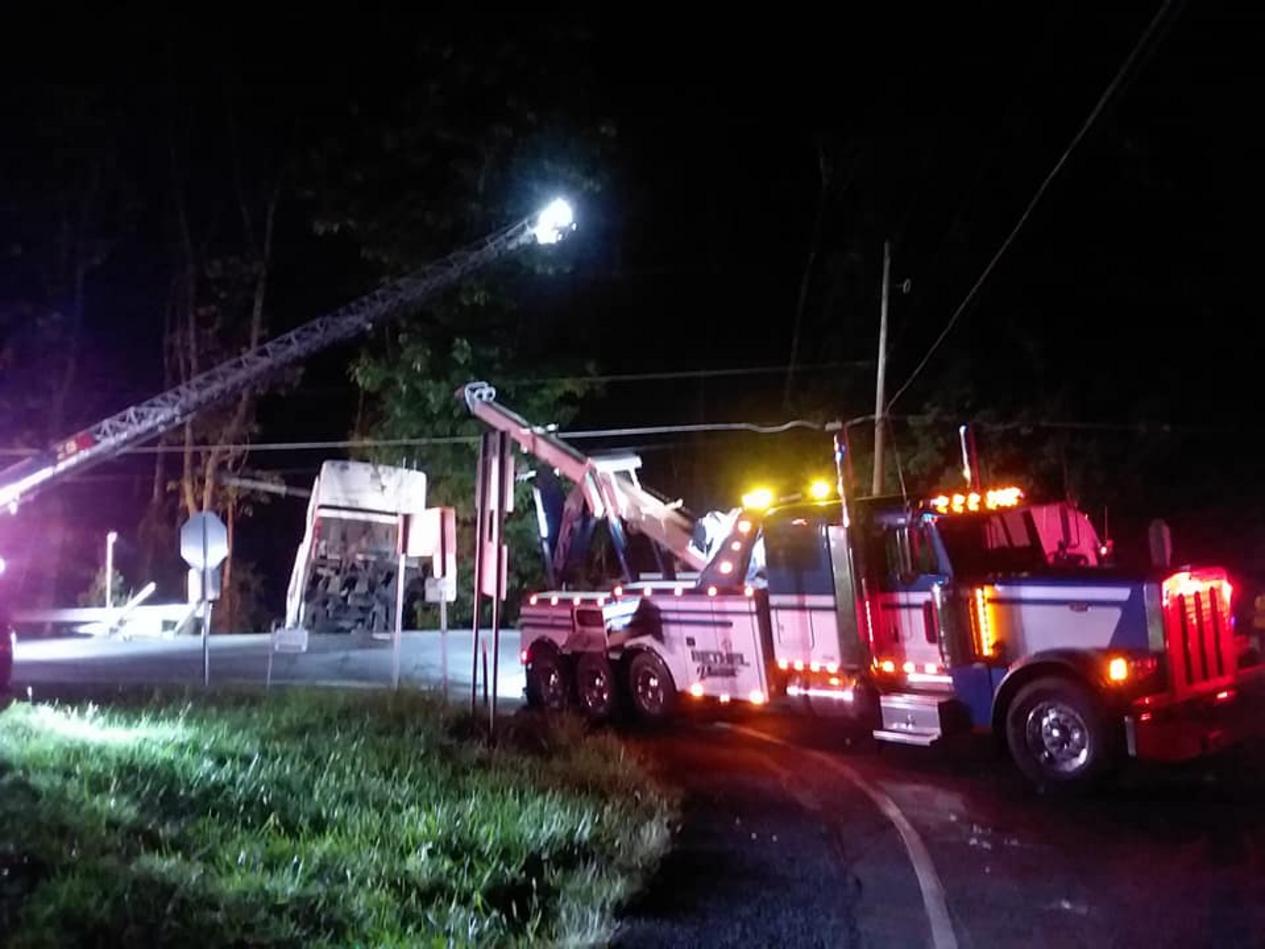 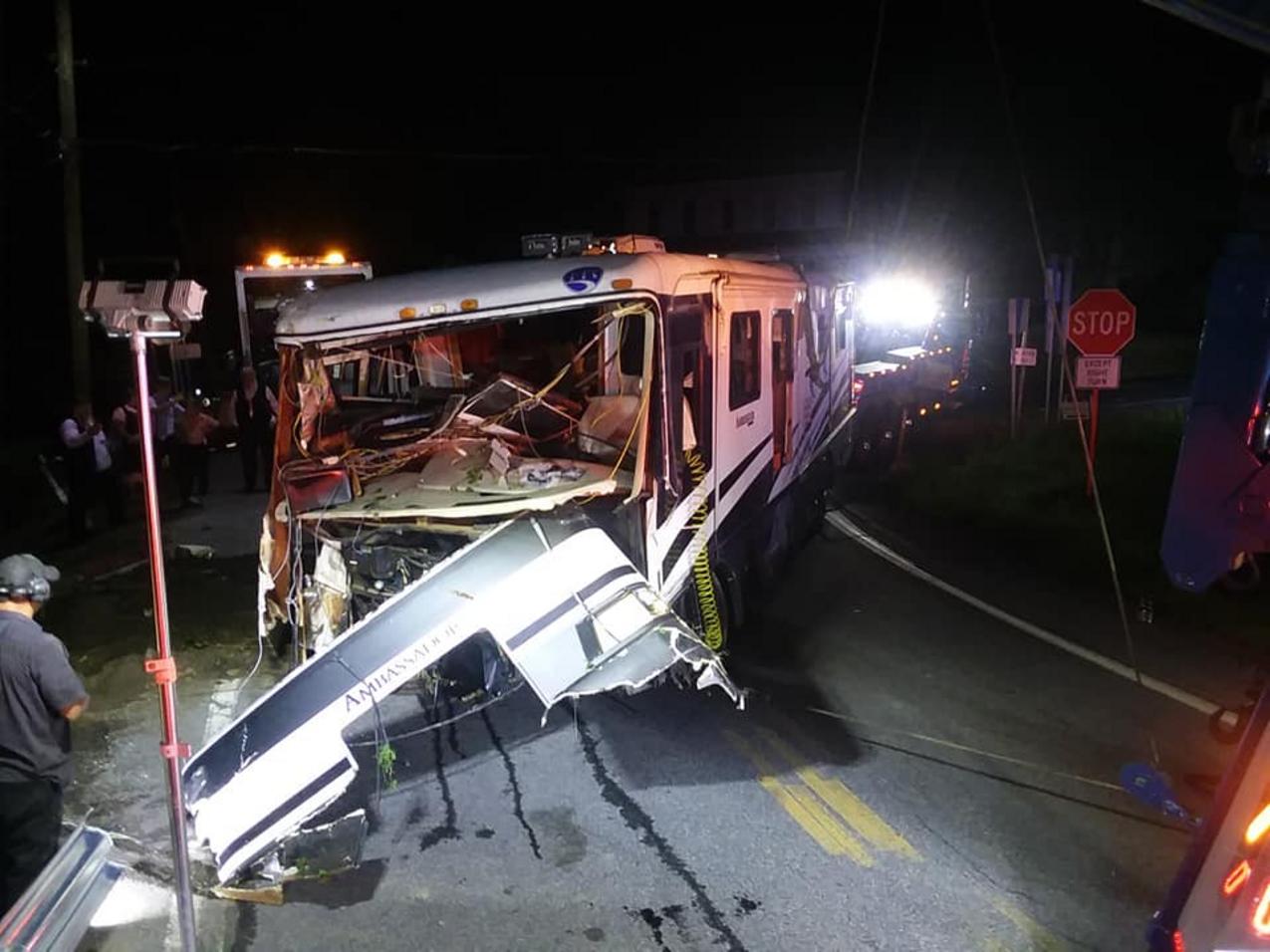 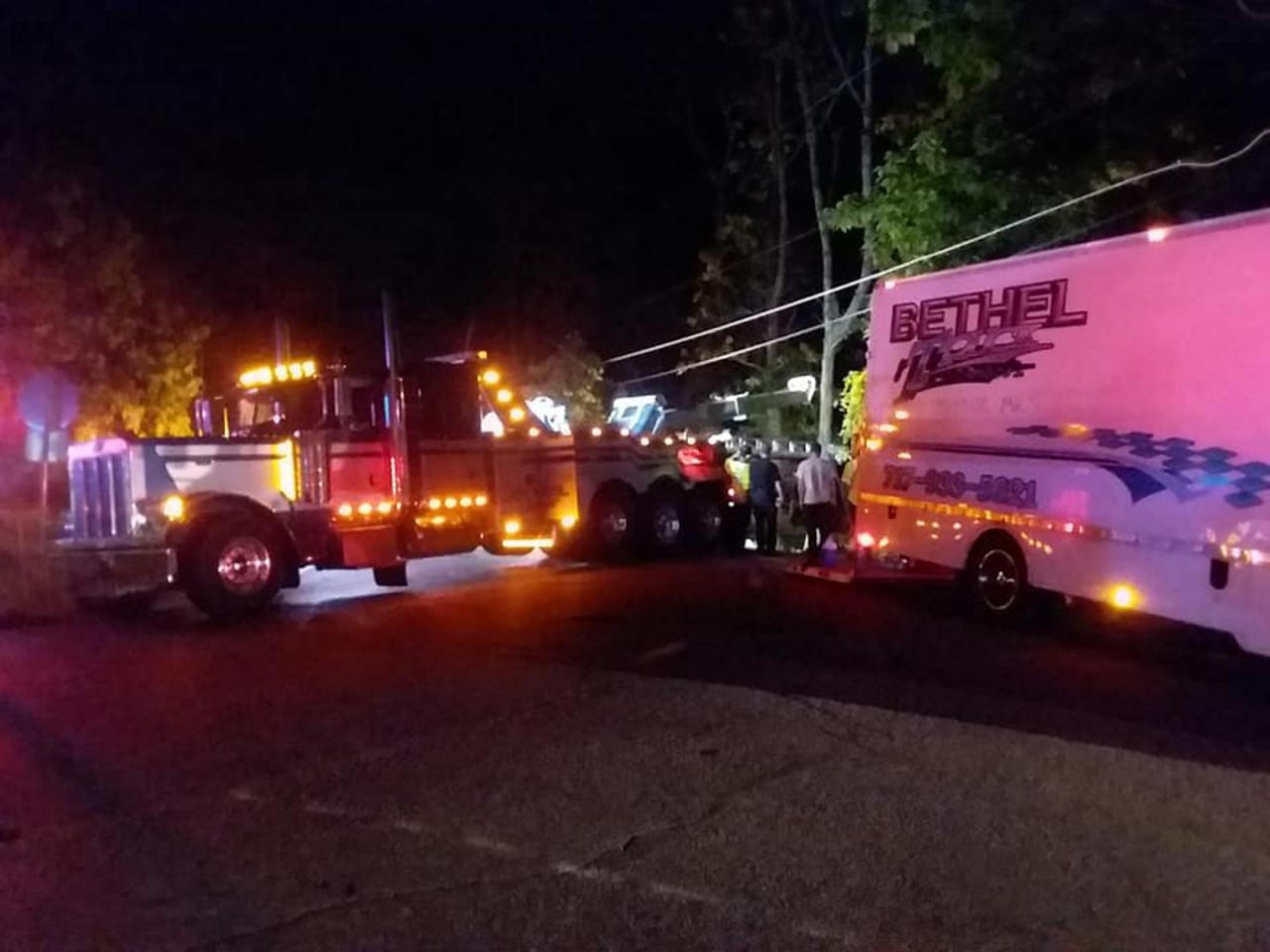 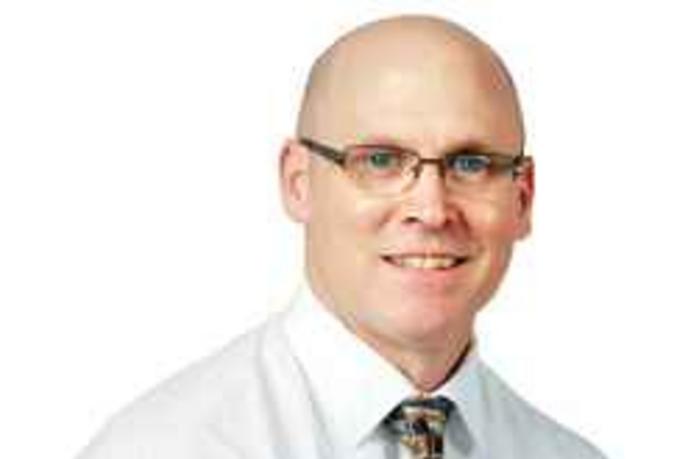 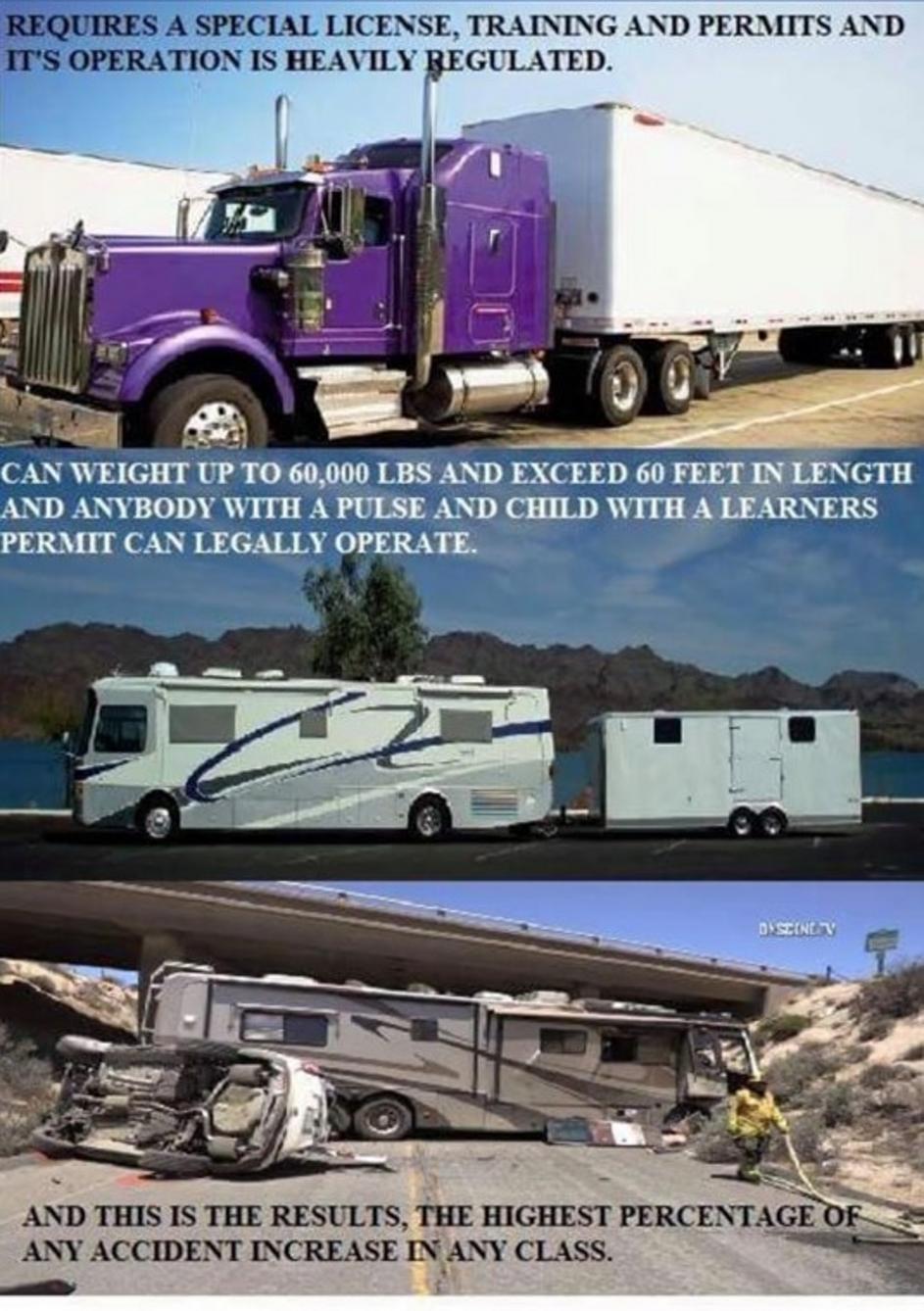 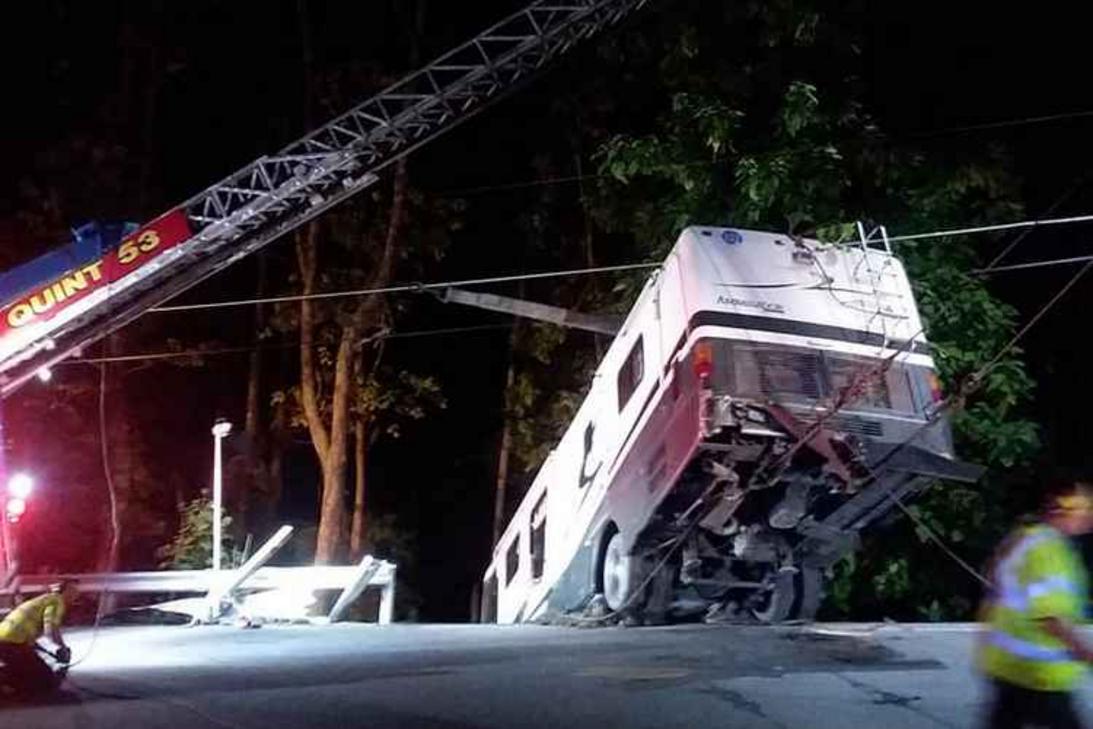 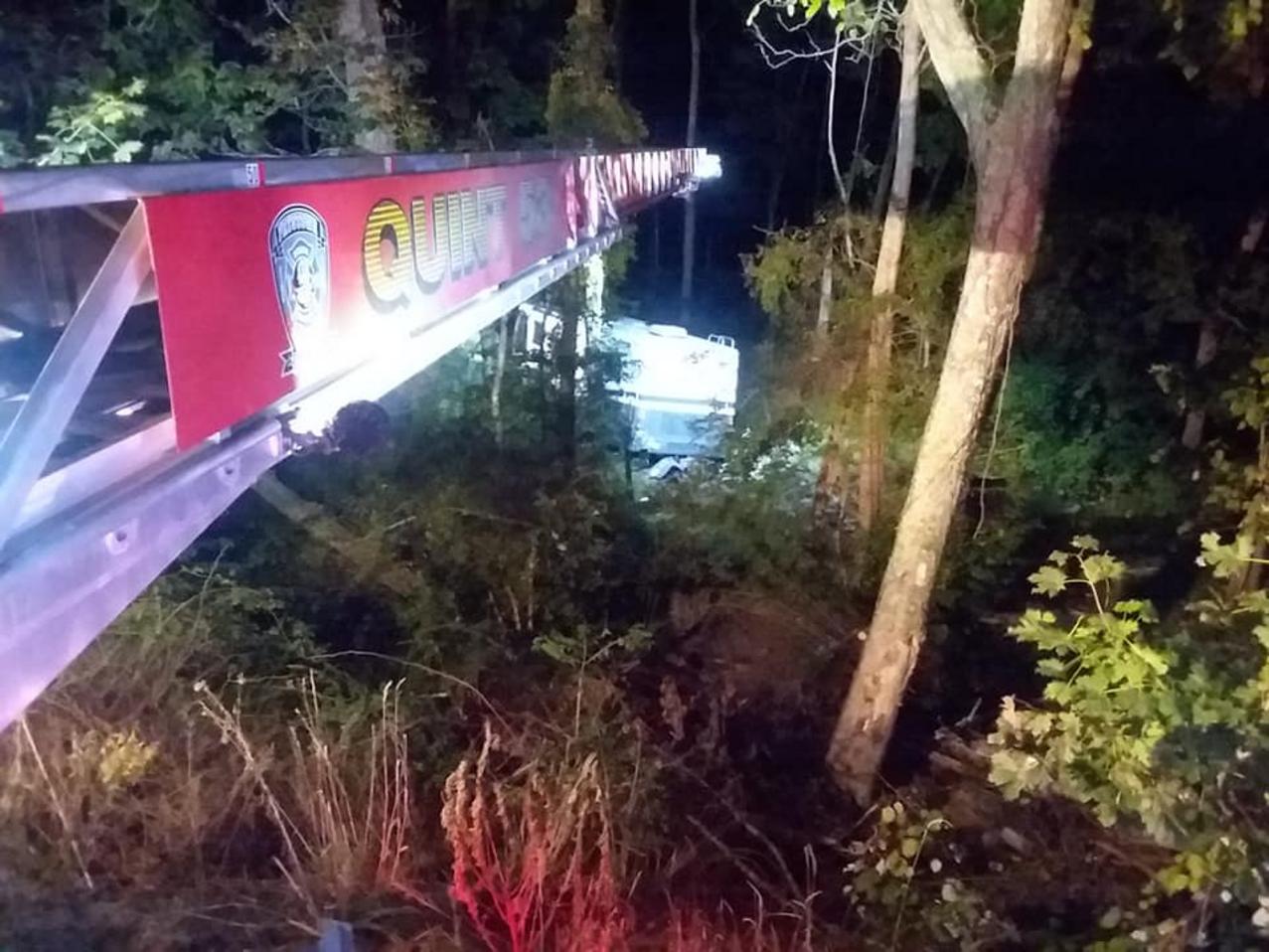 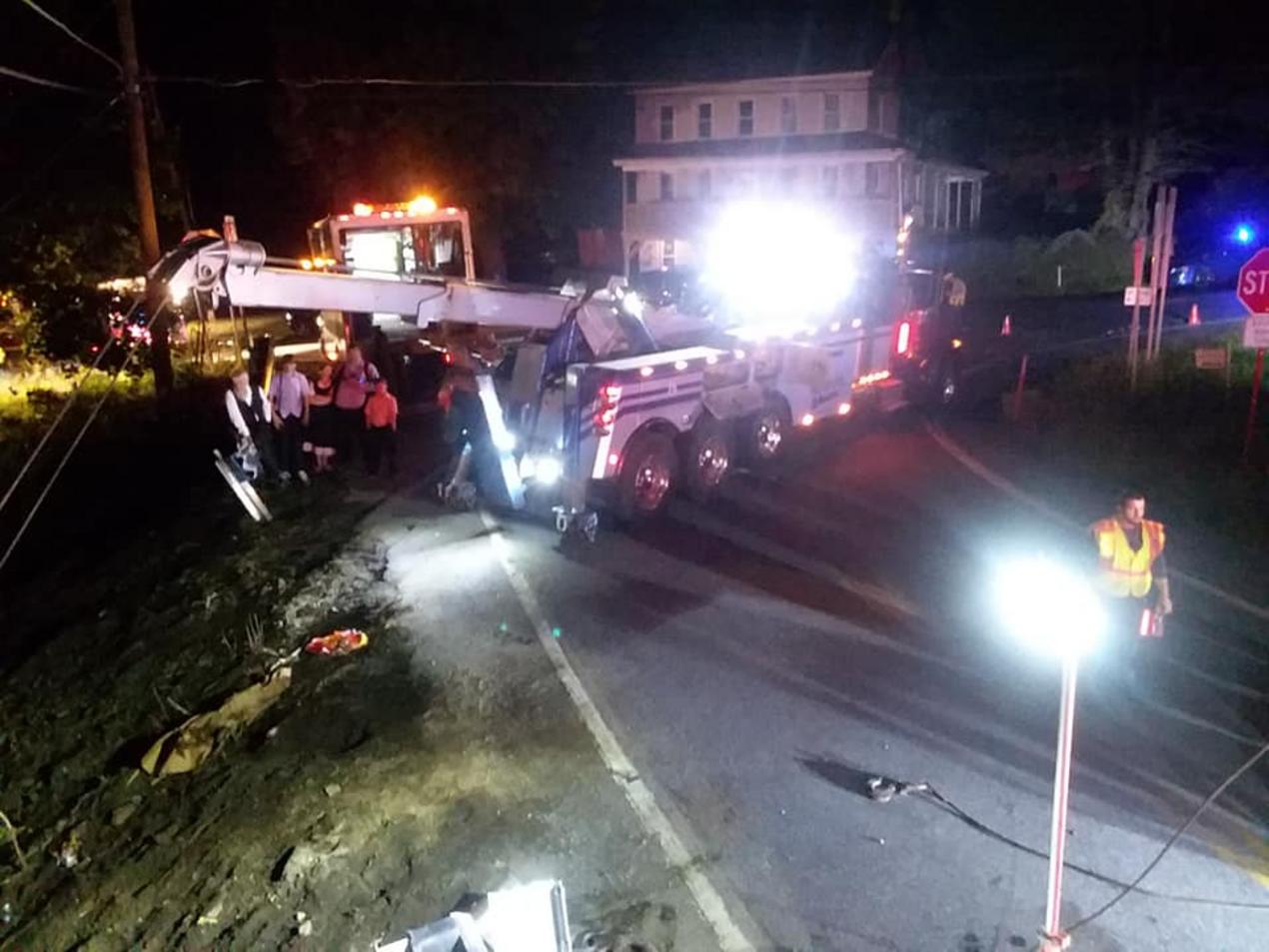 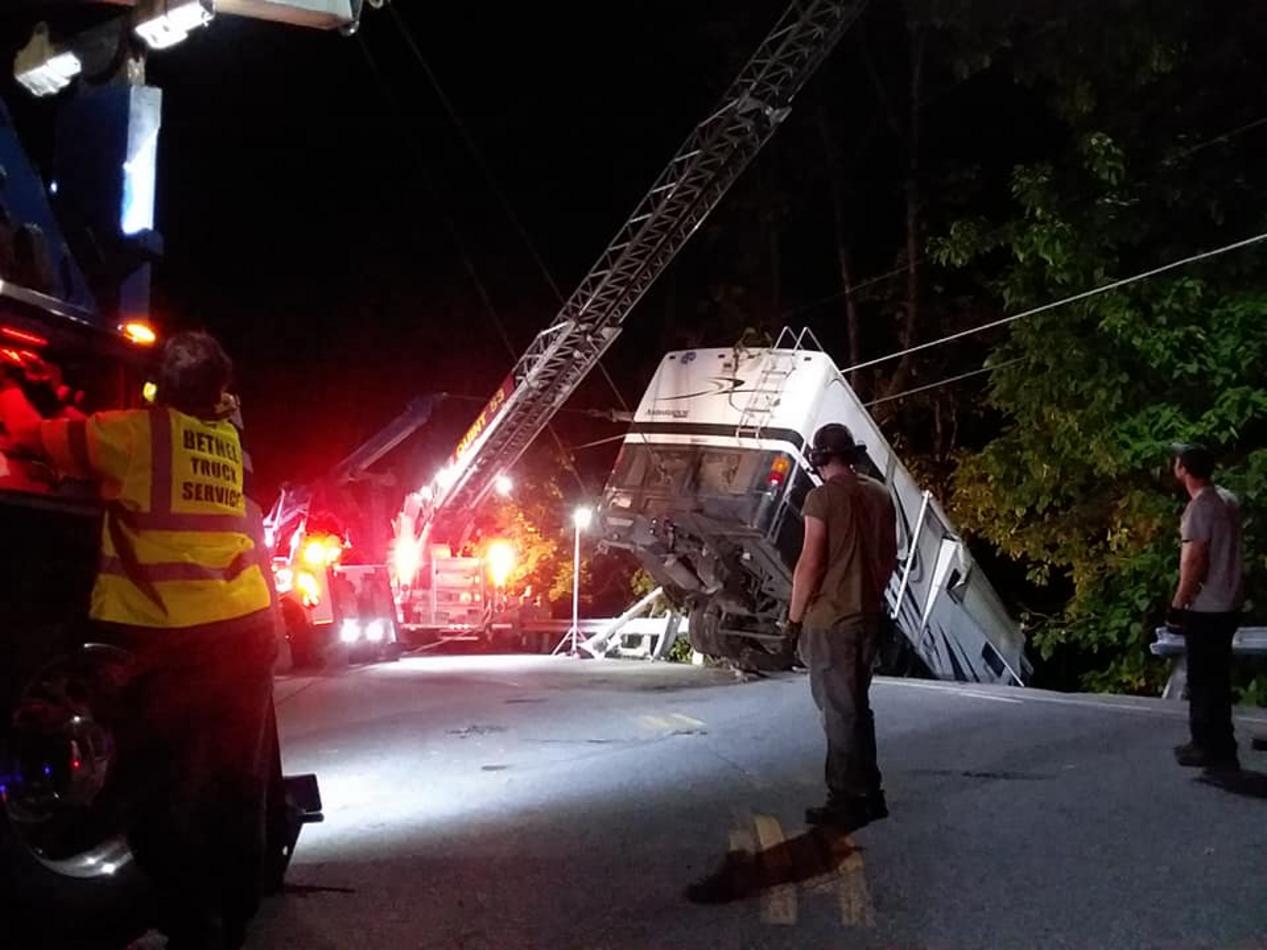 Let us make this clear...no special license see the destruction! 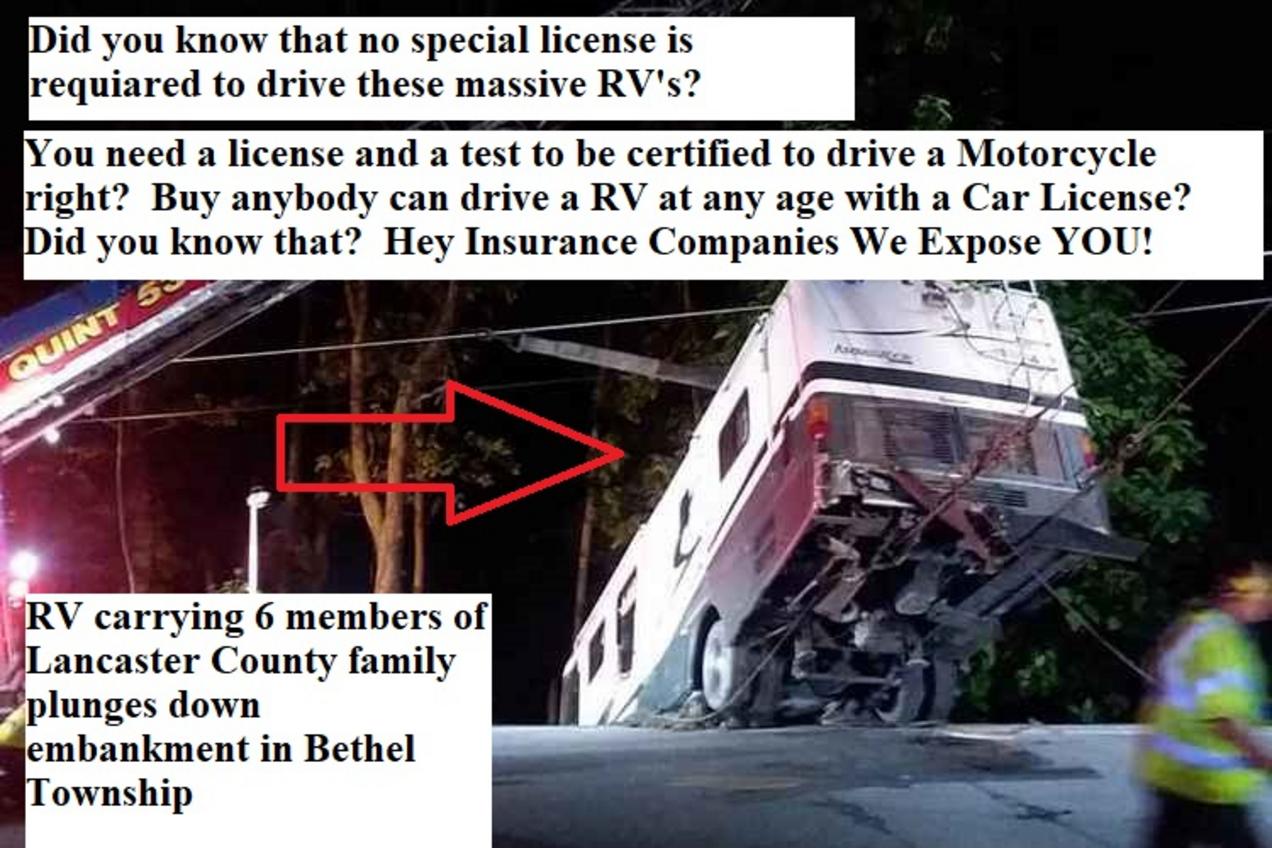 Note:  No license other than an ordinary car license is required to drive a RV!  Than you can to a trailer and then a car behind the trailer! 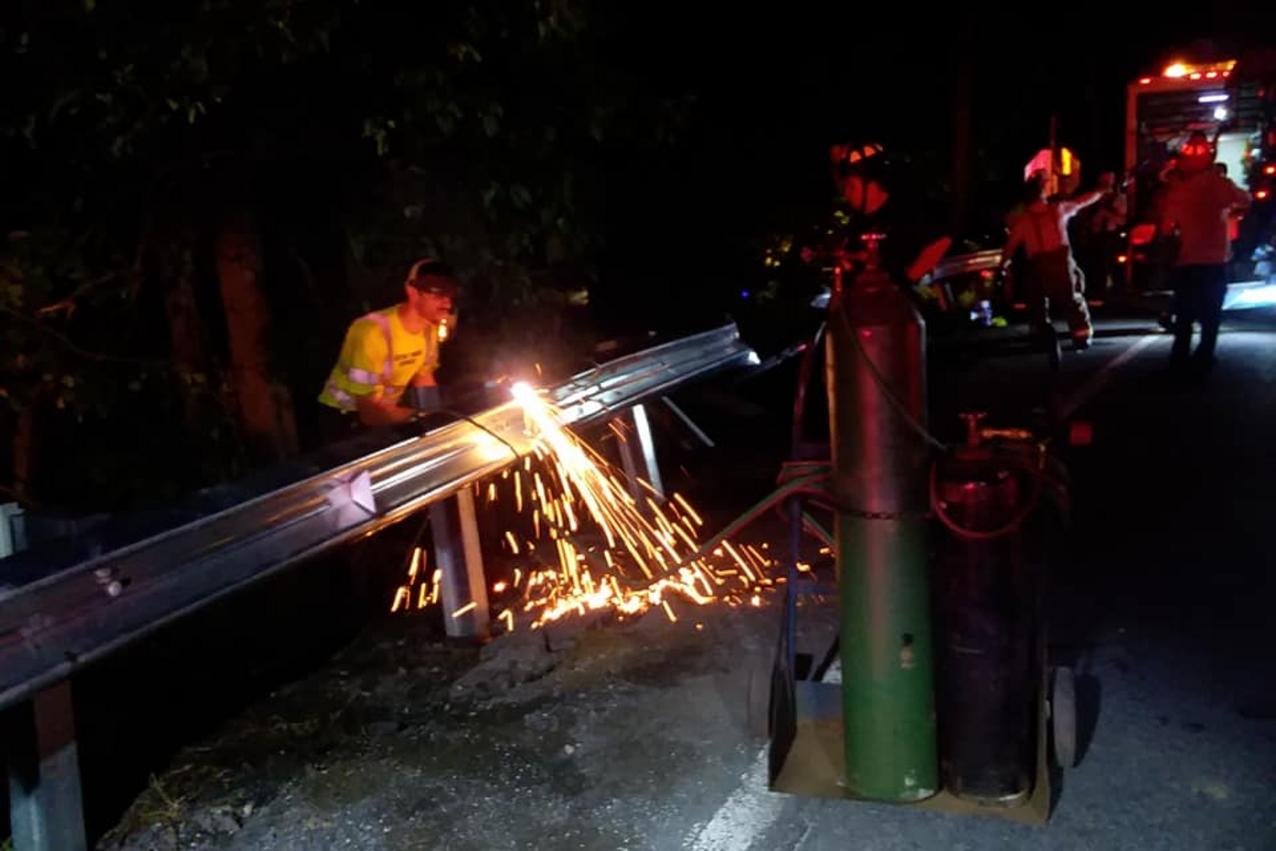 The accident was at a notoriously dangerous stretch of Route 645.Written by Steven Henshaw


Six members of a Lancaster County family returning from a camping trip were injured late Sunday when their RV went down an embankment in northwestern Berks County, police said Monday.

The accident happened shortly before 11:30 p.m. on the sharp turn of Camp Swatara Road, which is Route 645, at Pine Grove Road in Bethel Township.

The RV, driven by Steve Lapp, age unavailable, was traveling down Blue Mountain on Route 645 when he lost control where the road curves left. The RV, occupied by two adults and four children, went straight through the guide rail and down the embankment.

A police officer arrived and found the RV about 100 feet into the woods.

Frystown Fire Company used a ladder truck to illuminate the scene for a rescue team that went down the embankment, said Frystown Lt. Cyle Manmiller.

The crew had to cut a hole in the side of the RV to free two patients, including Lapp, who was placed in a rescue basket and hoisted by ropes to the road. The other patient was helped up the slope by firefighters.

Emergency medical personnel called for a medical helicopter to expedite the transport of a 7-year-old boy to a trauma center due to the nature of his leg injury. It turned out he wasn't as badly injured as was feared, Manmiller said.

The boy was flown to Penn State Hershey Medical Center in Dauphin County, while his parents and siblings were transported by ambulance to that hospital.

Route 645 was closed between Interstate 78 and Pine Grove Road until about 3 a.m. Monday while two heavy-duty tow trucks removed the RV.

A relative of the family, David Lapp, posted on Frystown Fire Company's Facebook page Monday that four of the six family members, including three of the children and their mother, Elsie, suffered bruises and were discharged from the hospital. Steve Lapp suffered a head injury but was conscious and alert; his 13-year-old daughter, Sadie Mae, suffered a broken ankle and tail bone but was expected to be discharged Monday, according to the post.

"Everyone is fully coherent and conscious; we praise God for safety and protection," David Lapp wrote.

He thanked the volunteers emergency personnel and other first responders and the Bethel Truck Service wrecking crew for their efforts.

A number of crashes involving other heavy trucks, including those with trailers, have crashed in the same spot.

On Aug. 10, the road was closed for eight hours when a tractor-trailer flipped down the embankment. The Texas truck driver was arrested for having a firearm — an AK-47-style rifle — while prohibited due to a felony conviction.

Route 645 is a major route linking western Berks with Schuylkill County, but trucks over 45 feet are restricted from traveling on it.

While the the Lapps' RV was within that limit, emergency officials recommend anyone driving a heavy truck, including 1-ton pickup trucks, avoid using that route.

"Anything over 8,000 pounds, even heavy pickup trucks, we recommend they do not go over the Route 645 mountain route," Manmiller said. "It creeps up to you. It's super-steep, curvy and there is no margin for error."