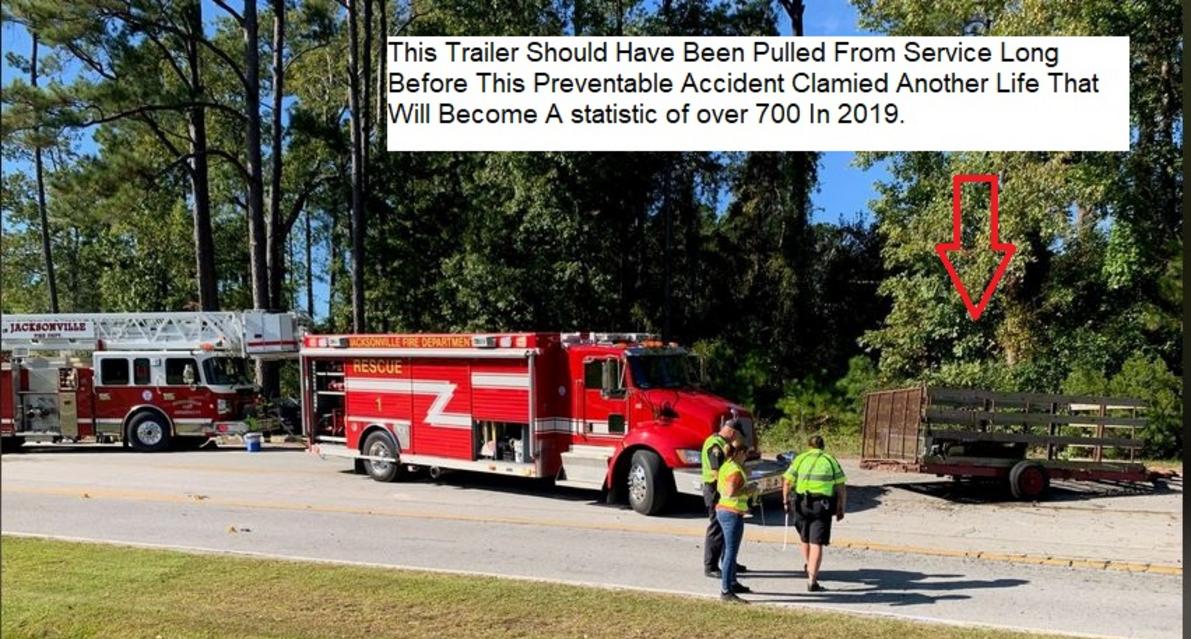 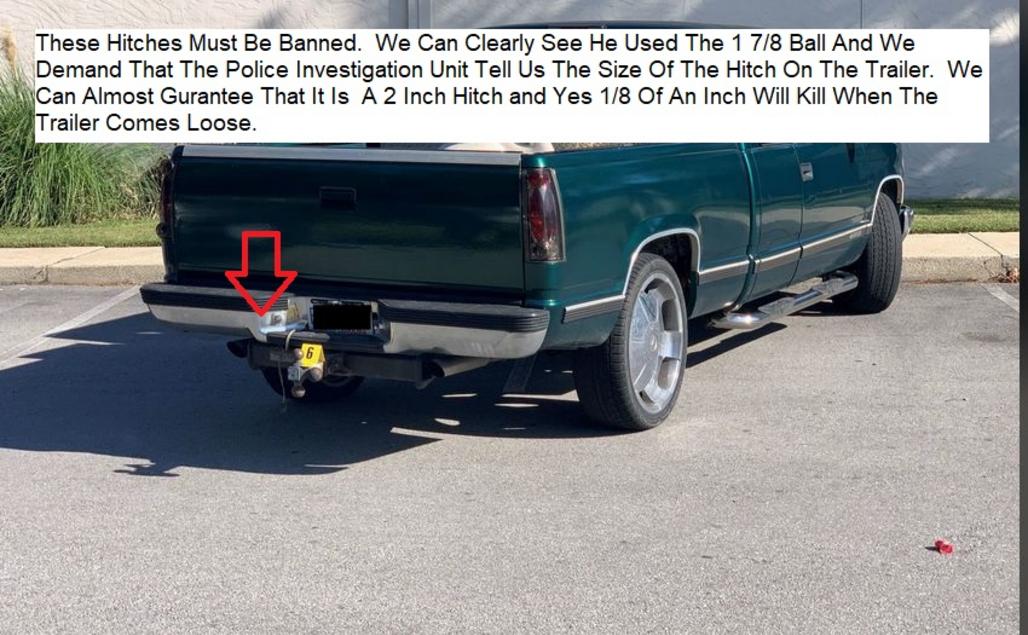 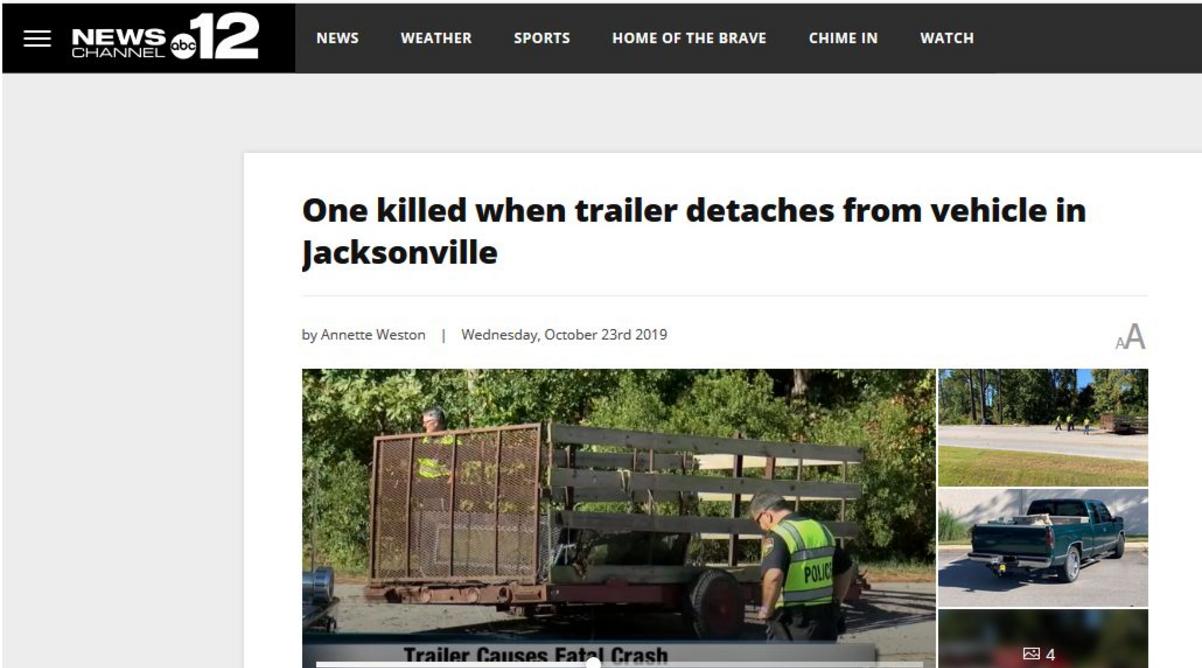 JACKSONVILLE, Onslow County — One person was killed on Wednesday in a traffic crash in Jacksonville.

Jacksonville PD Lieutenant Sean Magill says the collision occurred just before 1:30 p.m. across from the Bank of America on Country Club Road.

Magill says a vehicle hauling a trailer was traveling eastbound when the trailer detached and struck another vehicle traveling westbound.

The person in the vehicle heading westbound has died and Magill says there will be no further information released until next of kin is notified.

According to officials, there were safety chains on the trailer. An investigation will determine how the trailer became detached.