We have a real serious safety issue in the United States by a Passenger Vehicle Towing A Trailer.

Not a single government agency wants or is willing to address "Trailer Safety"  Yet every year now over 500 and increasing by 20% year over year will continue to occur. 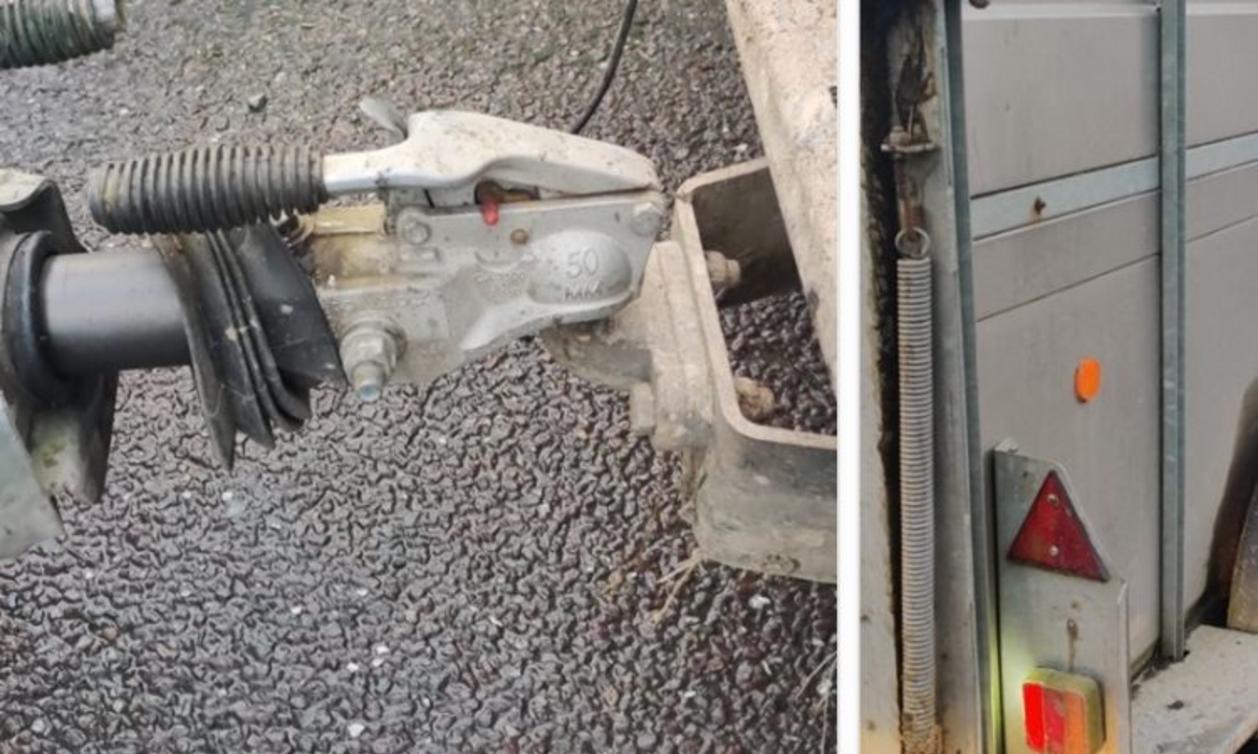 Just like This Person Except In The United States Nobody Seems To Care!

A driver towing a trailer containing two bulls has been issued a court summons after being stopped by Gardaí in the south of the country recently.

Taking to social media, members of An Garda Síochána based in Co. Cork outlined the details behind the summons, noting:

“This driver was stopped by Fermoy RPU in Rathcormac after being spotted chatting away on the mobile phone. This was the least of his problems.

Upon inspection it turns out the driver had failed to attach a secondary coupling [breakaway cable] to the trailer which was loaded with two bulls! It also transpired that the driver didn’t hold a trailer licence…

Outlining the consequences for these offences, the Garda statement listed penalties, including: a fixed charge notice for holding mobile phone, comprising a €60 fine and three penalty points; and a court summons for no licence and no secondary coupling.

According to the Road Safety Authority (RSA), a category B driving licence authorises you to drive a car, van or 4X4 which has a maximum mass (as specified by the manufacturer) of not more than 3,500kg and is designed and constructed to carry no more than eight passengers in addition to the driver.

A category BE driving licence authorises you to tow a trailer where the combined maximum mass of the towing vehicle and trailer is greater than 3,500kg.

As a general rule, a category B licence does not entitle the holder to tow a horsebox or a livestock trailer because the combined maximum mass would exceed 3,500kg.

Finally, the authority warns that he holder of a category B Learner permit may not tow any trailer – whatever the size.ype your paragraph here.