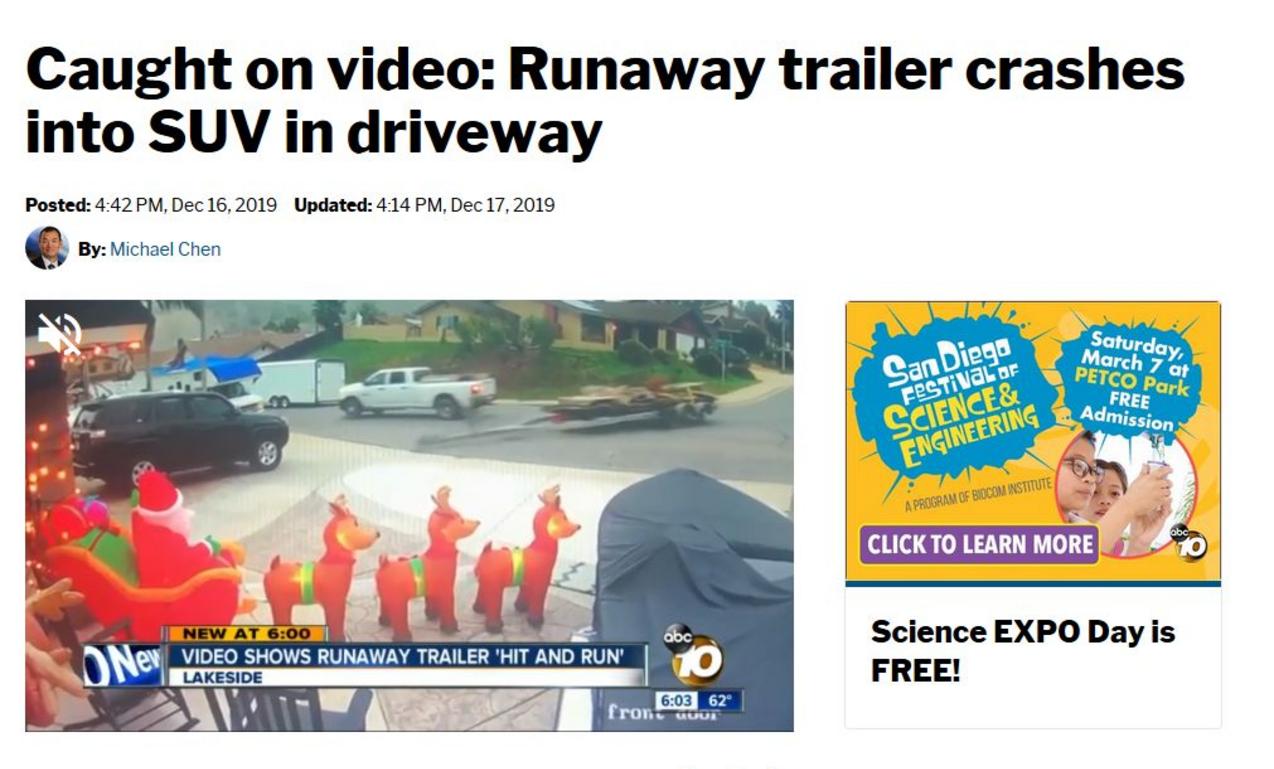 So many government agency's are out to destroy our cause!

Why? Are so many trailers coming off the hitch and causing all of this damage and death and nobody in any government agency is doing anything.

LAKESIDE, Calif. (KGTV) - Surveillance video captured a runaway trailer crashing into a parked SUV in Lakeside before the truck hauling it took off.

A few minutes past 7 a.m. on Saturday off Julian Avenue, Melissa Heiner heard the crash.

"We were in bed and heard a loud big thud. Instantly, a car alarm went off," said Heiner.

Heiner and her husband ran out and found their SUV undamaged. It was not the same story next door.

RELATED: Family to move out of Point Loma home after latest car crash

Surveillance video from her neighbor's home shows a white pickup truck driving down the street, hauling a long trailer. When it turns right, the trailer becomes unhitched and goes straight into driveway. It spears the front corner of a Toyota 4Runner, as the trailer's load flies off from the collision. The truck briefly pauses before driving off.

"It's sad to see someone would leave it and not care, just assuming someone else would take of their own problems," said Heiner.

The debris left in the driveway was part of an old boat.

"There were life vests ... the bottom half of the boat ... old and rotted," said Heiner.

Heiner says her neighbor was just grateful she had left her other vehicle, usually parked next to the SUV, at work.

"She's taking in stride. Just fortunate the damage wasn't worse and no one was hurt," said Heiner.

The truck appears to be a newer model pickup, possibly a Dodge. Anyone with information is asked to call the Lakeside Sheriff's Substation at 619-938-1360.