See This: Total Bull Poop They Have No Clue About People Who Tow A Trailer

Sedgwick Claims Management Services, Inc., is a leading global provider of technology-enabled risk and benefits solutions. At Sedgwick, caring countsSM; the company takes care of people and organizations by delivering cost-effective claims, productivity, managed care, risk consulting and other services through the dedication and expertise of nearly 15,000 colleagues 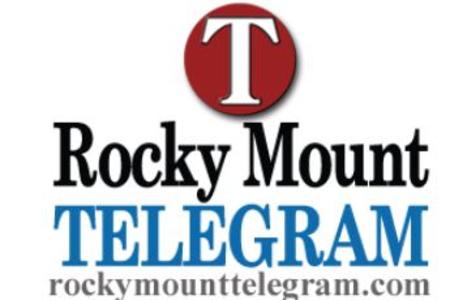 A woman was killed and her husband injured in a traffic wreck on Sept. 13 on McKendree Church Road in Pinetops.More Stories

A fatal wreck that happened earlier this month in Edgecombe County was set off by a trailer that was improperly secured to a truck that was towing it.

That is the finding of the N.C. Highway Patrol following an investigation into the Sept. 13 wreck on McKendree Church Road, just outside of Pinetops. N.C. Highway Patrol 1st Sgt. Jimmie Silver, who responded to the wreck, revealed the finding during an interview Wednesday. The investigation originally was expected to have been finished Sept. 22, but took longer than expected, Silver said.

Heather Nichol of the District Attorney’s Office declined to comment when asked Thursday about that and other items in the investigation.

“Our office does not comment on any pending investigations or charges,” Nichol said.

Edgecombe County Sheriff Clee Atkinson echoed Silver’s statement about the investigation into who attached the trailer to the truck. He added all involved in the case were in his thoughts and prayers.

“This is a time for praying,” Atkinston said. “This is a time for healing. I’m praying for all the families involved in this matter. “The case is in the hands of the District Attorney’s office, so I don’t want to say anything else right now.”

Silver said Wednesday that Kristopher Onell Hyman is still recovering from injuries sustained in the wreck, adding Hyman is expected to survive.

Troopers responded to the wreck at 1 p.m. Sept. 13 on McKendree Church Road. Silver said at the time that the truck pulling the trailer was driving northbound on the road while the car carrying the Hymans was driving southbound on the road. At some point, the trailer — carrying an impounded car — came loose from the truck and went into the southbound lane, striking the Hymans’ car.

Koshala Sheniqun Hymman died at the scene from her injuries. Kristopher Onell Hyman was taken to Vidant Medical Center in Greenville for treatment. He is still recovering from his injuries at last report, Silver said.