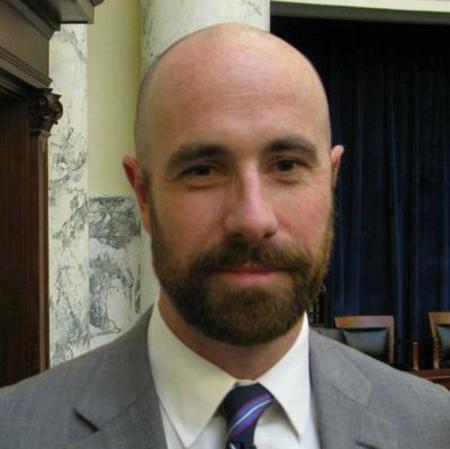 Note:  It is politicians like him who have tried to destroy our life saving cause.  Since 1975 Over 30,000 dead when we include loose unsecured objects....over 25,000 dead by a passenger car that is towing trailers....when we include hayrides and parade floats.  Maybe now he gets the message?

Idaho Rep. Luke Malek is feeling very lucky that he and wife Tara escaped serious injury in a crash on U.S. Highway 95 north of Moscow on Saturday afternoon that totaled his pickup.

“We’d be dead if we hadn’t been wearing our seat belts,” said Malek, 35, R-Coeur d’Alene, who is running for Congress in North Idaho’s 1st Congressional District.

The accident occurred when a hay bale came flying off a utility trailer being pulled by the vehicle traveling in front of the Maleks’ pickup. Tara was driving while her husband made fundraising calls for his campaign.

“She swerved to the left to avoid it, then the hay bale bounced and went left, so she went right to avoid it, then we went into a skid and went into the ditch,” Malek said. “We hit the front bumper and flipped forward, did a full rotation in the air, and then landed on the tailgate. We ended up on our side, driver’s side down – so outside her window was the ground.”

“Some good Samaritans stopped, climbed up on my side of the truck, and pulled us out from there,” Malek said.

The two suffered bruises, abrasions and cuts, but no broken bones or internal injuries. “We’re just so grateful to be alive, we really are,” Malek said. “That was our first thought, right? The car stops and I look down, Tara’s down below me in the driver’s seat, the first question was, ‘Are you OK?’ Just that relief when we’re alive and she’s OK – it’s indescribable how happy I was. Very sore, but very happy.”

The two were checked out and medically cleared at the scene by first responders, and Malek’s mom drove them from there to Kootenai Health in Coeur d’Alene, where they were treated and released.

“We have some abrasions – my chest really hurts, got some scratches on my hands and legs, top of my head a little bit, but nothing that’s very visible,” Malek said.

He’s back at work today, having flown to Boise and driven a rental car up to McCall to tour the Stibnite Mine in his capacity as a state representative. Tara also is back at work.

“I’m here just understanding what’s happening with the cleanup and future plans for the mine,” Malek said.

The two had been en route from Boise to Coeur d’Alene on Saturday when the crash happened, on a two-lane, curving section of road toward the bottom of a downgrade.

“We were just coming down onto the flat when that bale came off,” Malek said.

“We’re sore, but so lucky,” he said. “By all rights we should be dead after a crash like that.”

The Latah County Sheriff’s Department said the crash still is under investigation; no citations have yet been issued. The driver of the vehicle pulling the hay trailer, Knute Klinger, 43, of Moscow, did stop after the accident.

On Facebook over the weekend, Malek urged drivers to cover and secure their loads – and to wear their seat belts.

“Please secure your loads and buckle up!” he wrote. “Tara and I are grateful and blessed to be alive. We would not be alive had we not buckled up.”