Yet again, the city of New Orleans's Carnival celebration has made national headlines for all the wrong reasons.

The city, known for its debauchery, revels in its annual two-to-three-week party, which puts on display the ultimate in excesses in a city already known for its excesses.

It’s our celebration, though. It’s frivolity, satire, bawdiness and a chance to thumb our noses to the cares of the world for several days.

We don’t want to have our parades be the Rose Parade in Pasadena, California. We take pride in our gaudy, ostentatious floats, our talented marching bands and our over-the-top throws.

It's our celebration and it's glorious, but we must save it. Oh, Mardi Gras will never go away, but its reputation is being tarnished.

There are problems. We once judged the success of the party by its trash tonnage. T-shirts sold in the French Quarter and worn by tourists celebrate the levels of inebriation by those participating in what is supposed to be the last decadent party before the season of Lent.

And the headlines recently? Well, they haven't been good.

In 2017, a drunken driver plowed into the enormous, unsuspecting crowd at Endymion sending more than a dozen spectators to the hospital. Thankfully no one was killed, but several people suffered life-altering injuries.

In 2019, just blocks from parades, a group of bicyclists enjoying the celebration and wisely – they thought – using a mode of transportation that gets them around traffic jams – were slammed into by a drunken driver, killing two and leaving others, again, with life-altering injuries.

And now in 2020, two people have died. At least one was caught in between two sections of multi-part floats – engineering marvels that allow, in some cases, more than 100 riders to be pulled by a single tractor – but which makes navigating the crowds, which are often allowed to walk right up to the floats in pursuit of trinkets, a dangerous proposition.

One of the float drivers told WWL-TV after the Nyx tragedy claimed the life of 58-year-old Geraldine Carmouche on Wednesday night, that running over someone was his greatest fear.

New Orleans has become a national destination since its revival following Hurricane Katrina. Parties like Carnival parades are often championed as the reason citizens put up with the floods, crumbling infrastructure and hulking, vacant buildings.

And Carnival has grown – massively. Krewes have gotten bigger, parades longer, floats have gotten larger as the spectacle seems to keep trying to one-up itself.

But its very growth – along with the things that it has always been known for – has now made it the subject of headlines that a Chamber of Commerce doesn’t like to see. Perhaps, though, the day of reckoning was always coming.

Massive crowds and vehicles crowd the streets. This year, one of the busiest intersections of Carnival is closed, shunting the increasing traffic into even fewer thoroughfares. Already travel is hard during Carnival. With extra weeks of parades and longer parades, law enforcement is stretched thin, even with hundreds of reinforcements.

And while celebrating with alcohol is a long tradition, and while many stay in or near proximity to the parading and partying, it would be naïve to think that hundreds of drivers -- if not more -- take to the streets well over the limits to safely drive. Just ask anyone who drives home late at night after a parade and they’ll tell you the site of cars swerving in and out of lanes is a common one.More inebriated drivers on streets with more inebriated pedestrians on streets with site lines blocked by illegally-parked cars and hundreds of children excitedly running around is a recipe for disaster that probably has only miraculously failed to provide more tragedy.

Add to that the massive floats that don’t at this time have the newest safety features of automobiles and the tacit permission of people to walk right up to floats and cross the streets between them and what has happened was probably only a matter of time.

The city of New Orleans has quickly rushed to make a major change in the wake of the second death of a spectator in four nights – the banning of multi-part floats for the remainder of 2020. But, expect more major changes to come.

Someone pointed out how stretched law enforcement was Saturday with NOMTOC, the hugely-attended parade on the west bank, Tucks and Iris Uptown and Endymion, the grandest of all of the spectacles, in Mid-City.

Expect more pressure for Endymion to fall in line and traverse the Uptown streets. Expect some limits to be proposed to parade lengths and number of riders. Expect a push to maybe contract the now month-long nights of parading. Expect calls for more barricades and a possible no-tolerance rule for people rushing the floats.

There were several changes made to parades prior to this season, some legislated, some self-imposed, like the move to more "green" throws and fewer beads after the realization – painfully – that those throws are clogging our drainage system and exacerbating an already worrisome problem.

Mardi Gras and the city’s reputation have grown – massively – since Katrina. This may be the tipping point, though.

Limits need to be set so that our celebration can continue to be talked about – for all the right reasons. Accidents happen. These could likely have been foreseen.

You could look at pure numbers and rationalize that hundreds of thousands of people didn’t die in the recent celebrations, but that would be the wrong way to look at it. People who are coming just to have a good time shouldn’t lose their lives over things that could likely have been predicted. If a child was playing with matches or people with too much to drink wanted to walk along sides of mountains, we would probably stop them and show them a better way.

No one has all the answers, but the city better start finding some. There is no doubt that they will try. This doesn’t need to be the price we pay for our party. It can’t be. 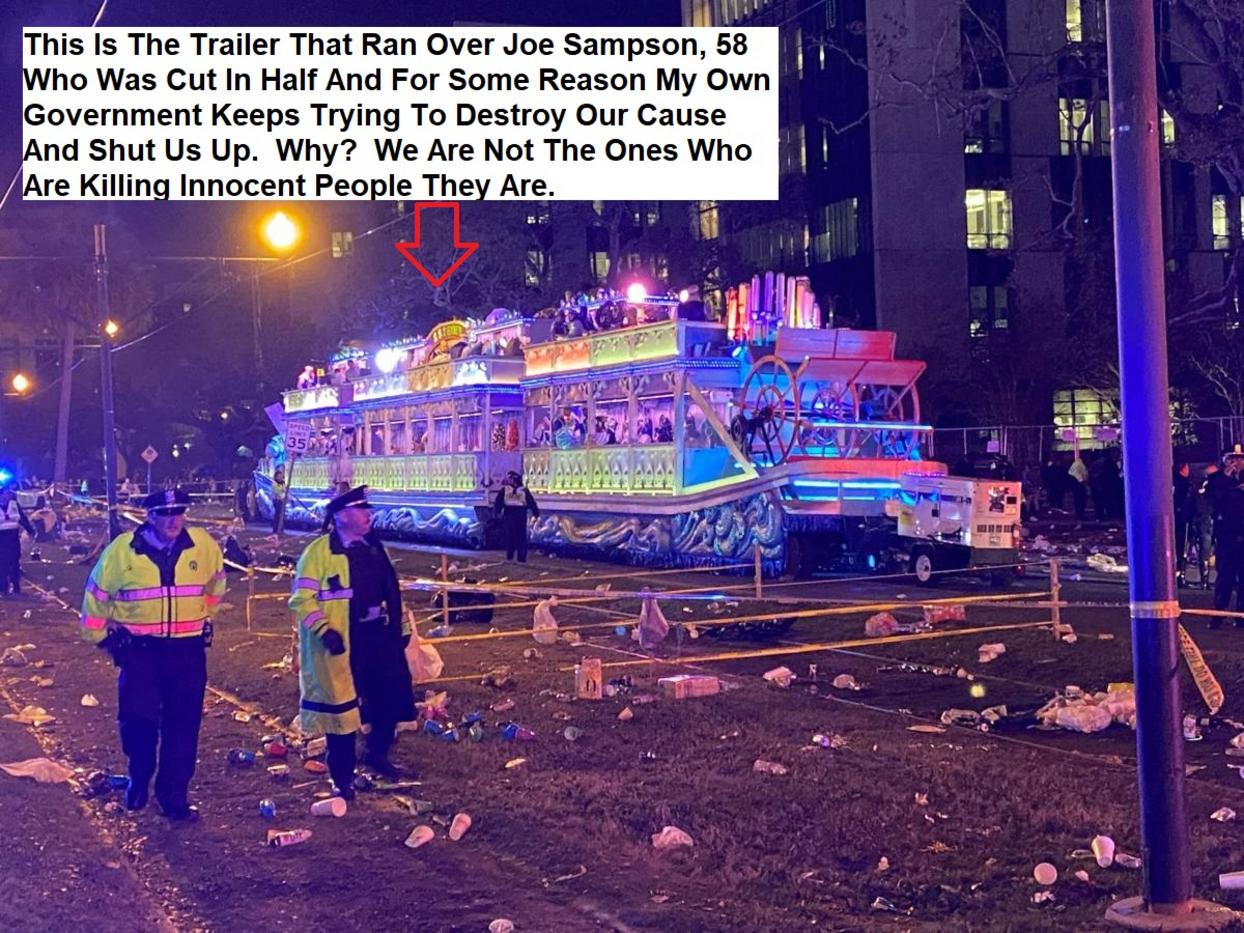 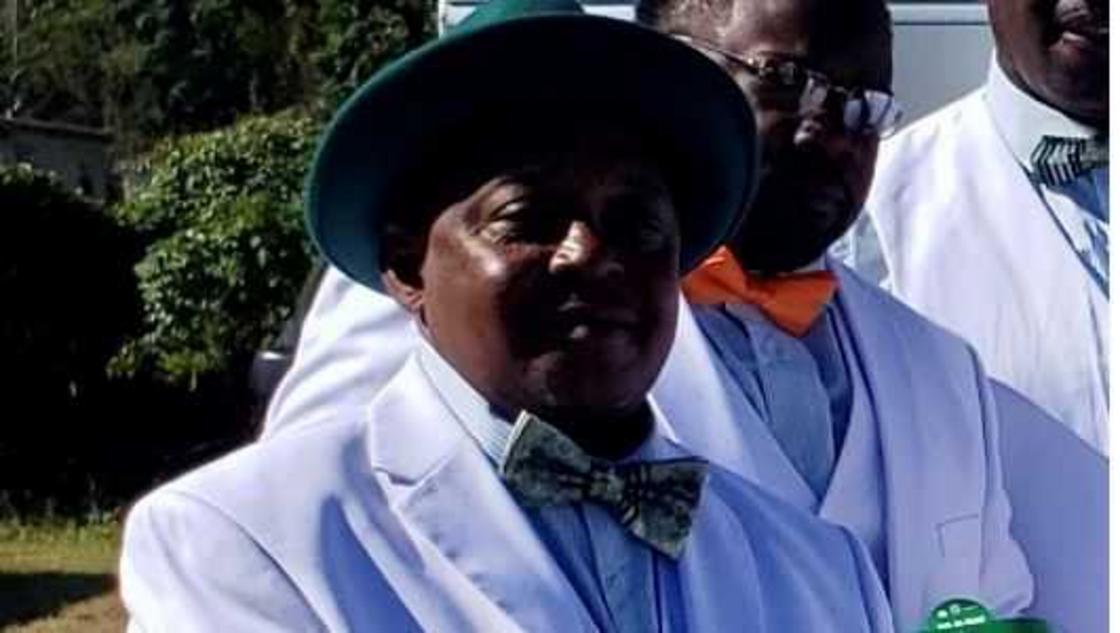 We have been addressing unsafe parade's for over 12 years and all we get for our efforts is my own government is trying to destroy our cause!  We are the whisleblower that does not get any protection from Congressman Shift.

What is the issue? Why do they let the killing continue? 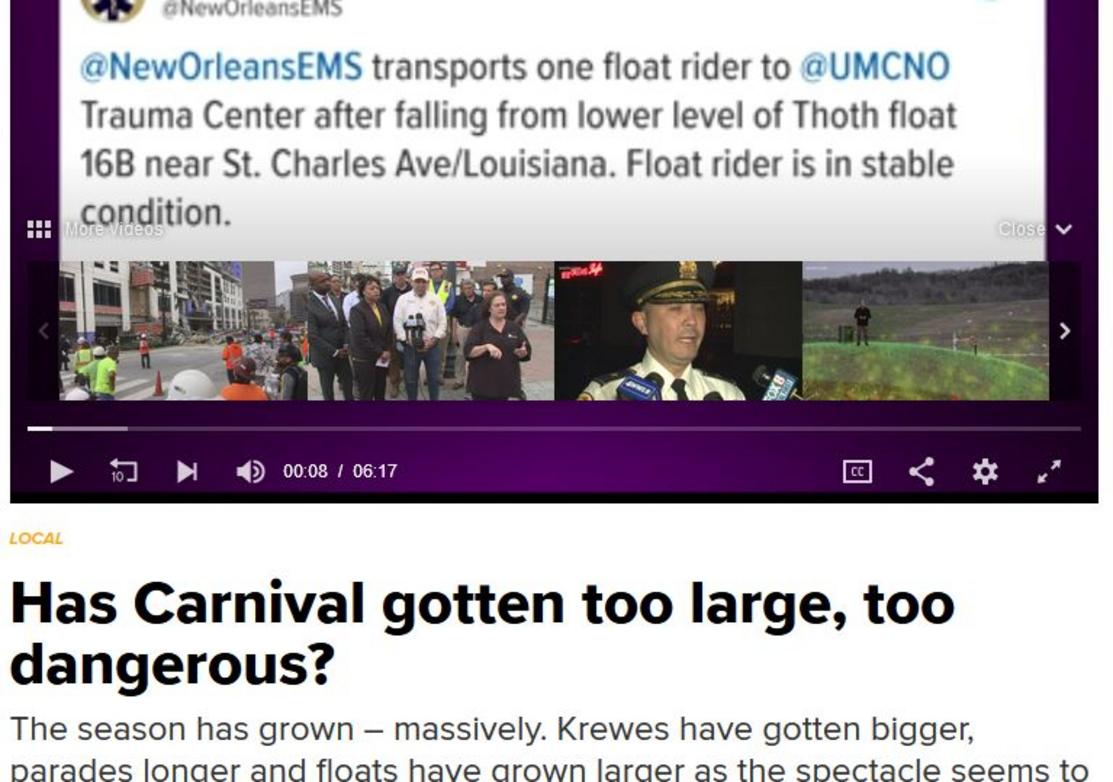 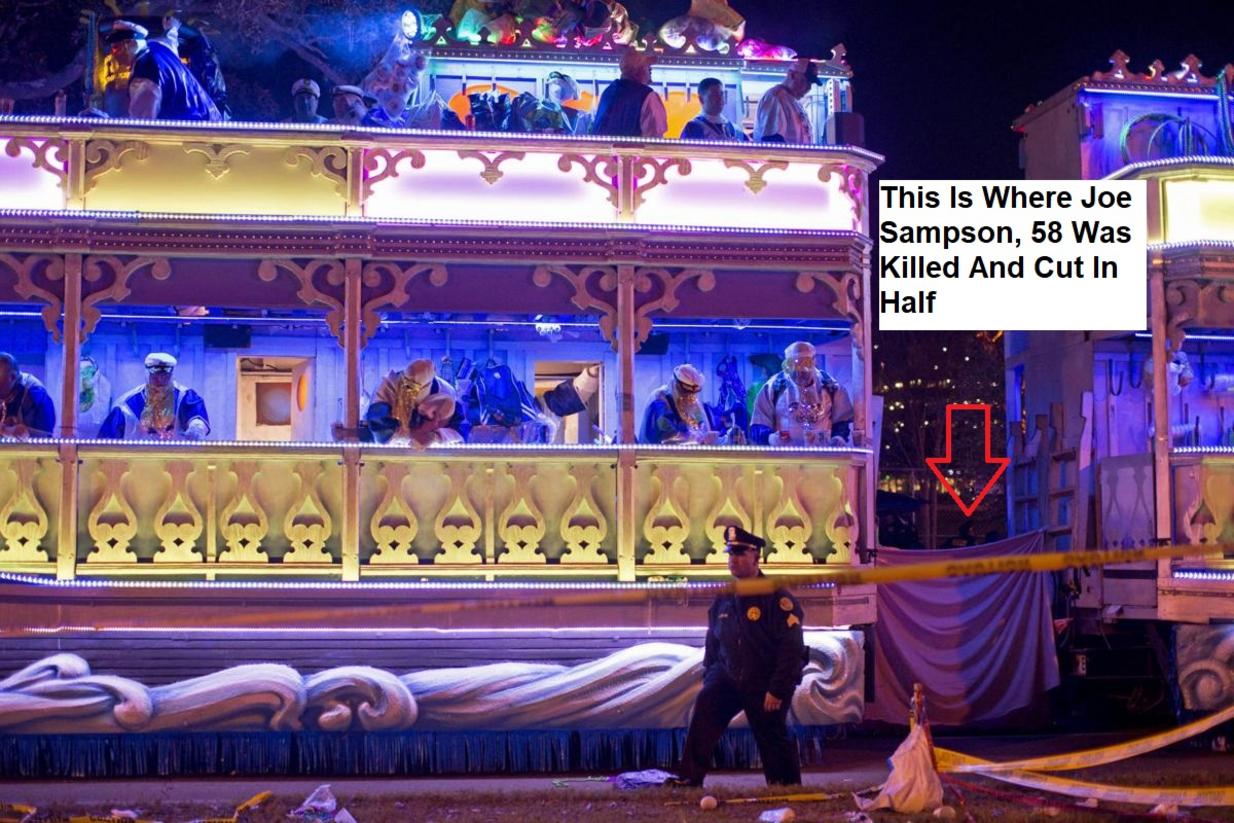 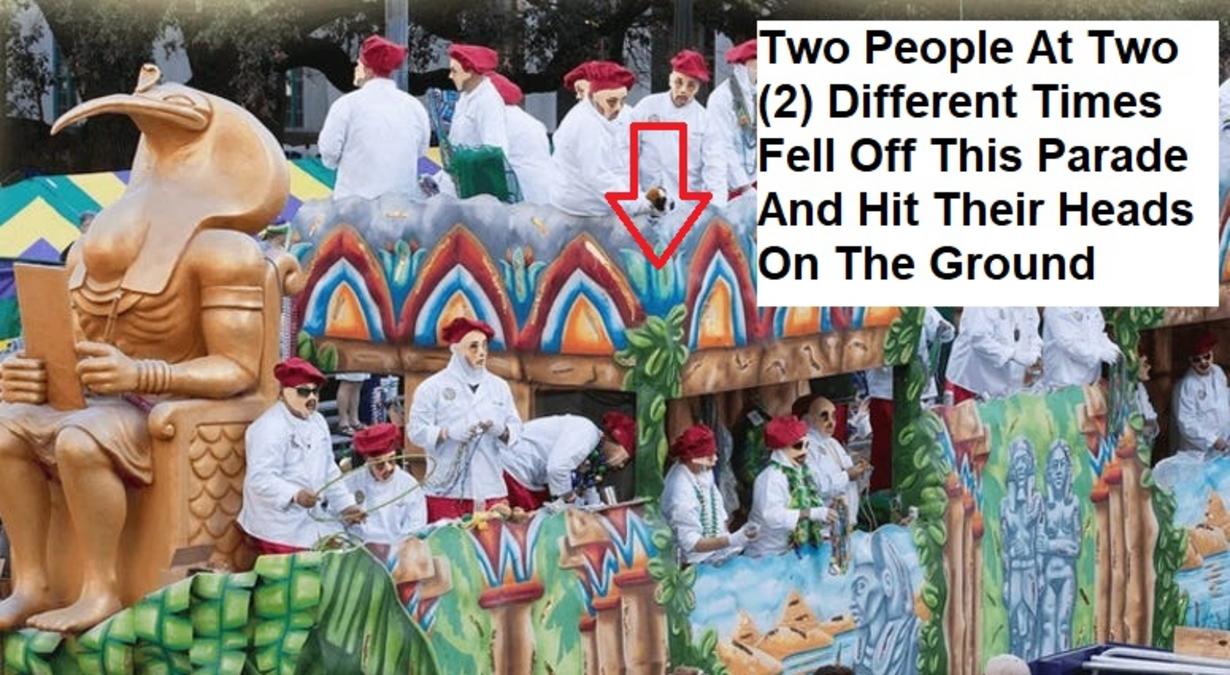 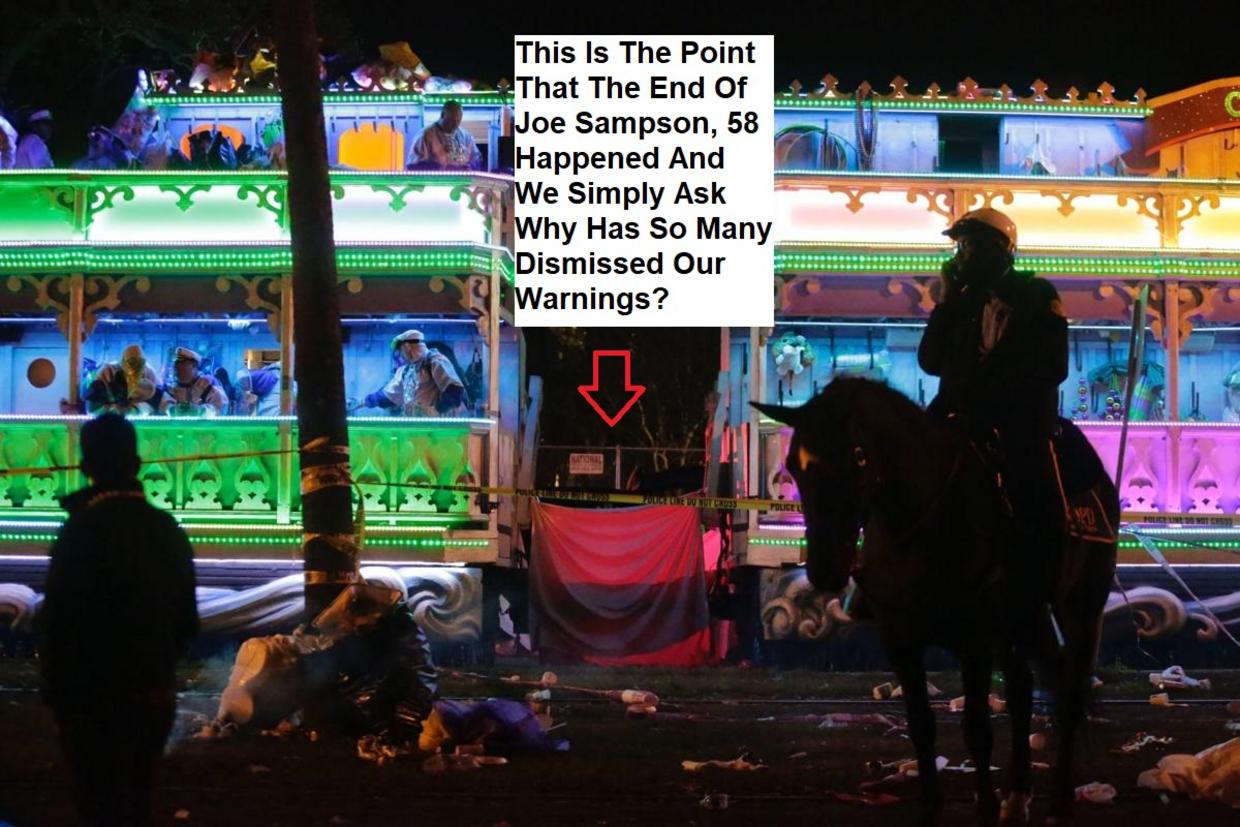