Memo We Knew About This Tire Over 10 Years Ago.

This is not the only model of Goodyear tire....see what we finally got Ken Green To Say.....he made a mistake and told us...now he does not respond to our repeated e mails...and twitter contact....why?  He Got Paid Off!  See His Missing Leg...

For God Sake....he lost his leg...his wife...son and his dog...and he never came forward to tell the Government and save others? 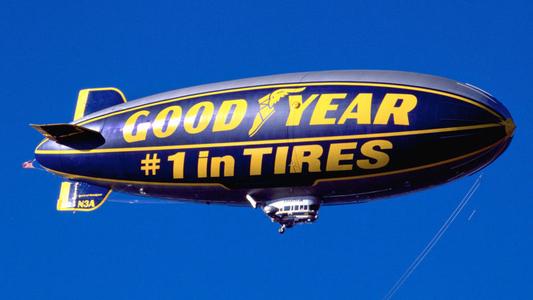 Goodyear Tire & Rubber Company’s CEO and board of directors “took active steps to conceal and avoid disclosure” of their involvement in an alleged cover-up of problems linked to the G159 tire, a company shareholder alleges in a new lawsuit. The Goodyear tire is linked to at least 10 deaths and has exposed the company to fines as high as $105 million and potential criminal liability.

“During the tenure of all Individual Defendants on the Board, Goodyear engaged in a knowing cover-up of a significant safety defect in its G159 tire directed out of its headquarters in this county,” according to the lawsuit filed in Summit County Court of Common Pleas in Ohio.

When faced with a duty to act, such as in the case of the company complying with its duties to evaluate and monitor ongoing litigation matters, directors who fail to cause the company to act breach their duties and for damages.

As fiduciaries,﻿ corporate directors must also protect the company’s assets and properties against losses, whether actual or threatened. They must avert avoidable losses to the corporation whenever possible or reasonable to do so. This includes, among other things, causing the corporation to implement business practices and internal controls sufficient to detect, prevent, and remedy any unethical, deceptive, fraudulent, and unlawful conduct of the officers and employees of the company.


“We are aware of the lawsuit,” Goodyear spokesperson Jim Davids told Jalopnik, “but we cannot comment on pending litigation.” The company has previously denied allegations that the G159 is defective.

Specifically, the shareholder cited the 41 lawsuits Goodyear has amassed over accidents linked from G159-related failures, and what it described as a “deliberate” attempt to “mislead Courts and litigants to cover-up detrimental test results.”

The lawsuits allege the G159 was prone to heat-induced failure when used at highway speeds. Goodyear increased the G159's speed rating from 65 to 75 mph in the late 1990s, even though its own tests showed it wouldn’t have satisfied internal standards for qualifying at that speed. Following the change in 1998, failure claims increased rapidly, records show. Goodyear has never issued a safety recall for the tire, despite being aware of hundreds of crashes involving G159 failures.

The U.S. National Highway Traffic Safety Administration launched an investigation earlier this year into whether the tire was defective, which remains ongoing, and the U.S. Department of Transportation’s Office of the Inspector General has opened an investigation of its own that could lead to criminal charges. Goodyear never mentioned the investigations or any G159-related litigations in its reports filed with the U.S. Securities and Exchange Commission.

The shareholder pointed to Jalopnik’s publication in April of an explosive letter sent to NHTSA by attorney David Kurtz, who has been engaged in a legal battle with Goodyear over the tire since the mid-2000s. The letter said that Goodyear has known for more than 20 years about failures related to the tire, and showed that it appears to have vastly underreported the number of G159 failure claims it has received to the agency.


Jalopnik obtained the letter when it had been temporarily unsealed by an Arizona county clerk. Goodyear asked a judge to call us and ask that we not publish the filing. (The judge refused, and we published the story.)

“Until the publication of information obtained from sealed records in April 2018, Plaintiff had no knowledge of the Individual Defendants’ conduct and the breaches alleged in this Complaint,” the suit says.

“Furthermore, until this disclosure, Plaintiff could not have discovered the Individual Defendants’ conduct or breaches by the exercise of reasonable diligence because, among other things, Individual Defendants took active steps to conceal and avoid disclosure of their involvement in the G159 cover-up, the underreporting of crash data to federal authorities, and the harm to which they exposed the company.”

U.S. regulators want to find out which Goodyear officials were involved in assessing a possible…

The suit goes on to point to court records that show CEO Kramer personally approved settlements of cases involving the dangerous tire failures as early as 2008. In one settlement request memo, Goodyear’s attorneys pointed out that its own internal data showed that, in August 1996, the G159 passed Goodyear’s in-house tests to be rated at 65 mph, “but would not have satisfied Goodyear’s standard for qualifying the tire at 75 mph.”

“Notwithstanding Defendant Kramer’s central role in failing to ensure that Goodyear complied with legal and regulatory requirements and operated the Company in an ethical manner,” the suit says,

“Goodyear’s Board has continued to award Kramer and the other Individual Defendants with lavish compensation at the expense of the Company, Plaintiff, and other shareholders.” (As of 2017, Kramer’s compensation package was nearly $11 million, the suit says.)

The suit asks for a determination that Kramer and the board “grossly mismanaged” the company “wasted corporate assets and committed fraud by misrepresenting and/or omitting to disclose material facts.” The shareholder also asks that Goodyear be awarded an unspecified financial award paid by the exec and the board for its alleged misconduct, and allow shareholders to vote on proposals to strengthen supervision of operation and internal controls.

Updated: We added a statement from a Goodyear spokesperson about the litigation.