Goodyear then wanted the court to “contact Mr. Felton ... and emphasize to him that these documents remain under seal.”

Robberson explained that he had a similar incident occur before, where his office had convinced a television reporter in Arizona not to report on a confidential document that was leaked to her until the proceedings in court had wrapped up.

“We think that the court has the loudest megaphone here, that he’s not supposed to have these documents, that he will be undercutting an order of the court if he goes ahead and publishes them, and that parties in this case will essentially have rights taken from them,” Robberson said.

The U.S. Supreme Court has long held that news outlets can publish information that may violate a confidentiality order they’re not a party to, so long as the publication is truthful, of public concern, and legally obtained. In Bartnicki v. Vopper, the court held that a radio commentator shouldn’t be punished for broadcasting the contents of an illegally intercepted phone conversation, because the journalist hadn’t done anything illegal to obtain the tape.

But in this instance, I obtained the documents directly from the clerk of the court, who had explained to me the records were indeed unsealed.

Judge Hannah struggled with Goodyear’s position, and said he couldn’t see how I’d be required to abide by the protective order in the case. And given the extensive amount of failure claim data provided to NHTSA, and the public interest in the case—following our story Wednesday, the Associated Press and Wall Street Journal wrote about NHTSA’s investigation—it’s unquestionable that reporting on the documents is newsworthy.

Earlier, the judge made it clear that there were two legal issues to grapple with: Whether Goodyear’s request represented a First Amendment issue, and whether the judge had any business “in effect enjoining the publication of this information,” meaning preventing me from publishing the documents.

Robberson disagreed that it was a First Amendment issue, nor whether it’s a question of if I’m subject to the protective order.


“I don’t believe there is a First Amendment issue when the court is simply providing information to this reporter and asking the reporter to do the right thing,” he said.

Since the court knew where I had obtained the documents, it should remedy the situation by calling me directly and explaining this, he argued.


“At the root of this was an error by the court system,” Robberson said. “That’s why this fellow has the information. He didn’t get this from some disgruntled employee somewhere who slipped him some documents, or from Deep Throat kind of source.”

It’s unclear if Goodyear would’ve acted differently had I obtained the documents from a secret source in a dimly lit parking lot, rather than from the clerk of the court that’s overseeing a G159 case. The company didn’t immediately respond to a request for comment.

Robberson compared his request to asking a judge to bring a witness to a case before the court who has, for example, “refused to cooperate in a deposition, refused to abide by subpoena to trial” and then “admonish that person, and say, ‘You need to understand, Mr. Witness, here’s what’s going on.”

Robberson emphasized numerous times that it was Goodyear’s position these documents weren’t obtained legitimately. And, really, Goodyear doesn’t think a call is that big of an ask, he said.


“And all we’re asking the court to do is give those facts to this reporter,” he said.

He went on, saying it’s not as if Goodyear is asking Hannah to detain me.

“We’re not asking you to ... bring the fellow into custody so he can’t do anything until this is straightened out,” he said. “We’re simply asking you to tell him the facts ... that you your honor know are the facts, and ask him not preempt the judicial system. My clients’ rights should not be lost because a clerk didn’t read the order the right way.”

“There are two reasons,” he said. “First, it is not an appropriate role for this court to appoint itself as the spokesperson or conveyor of information for the court system concerning this person’s proper response or what the person should do as a result of an Order that this court has issued.”

If the clerk made an error, Hannah said, that’s “regrettable,” but it’s not appropriate “to attempt to stop it by the court making a phone call.”

Citing an earlier case, Hannah then said, “It is my legal holding and my ruling that the reporter is not bound by the protective order that underlays the sealing order.”


Shortly after, just before publication of our story, Robberson sent us a letter, stating that the documents were released in error by the Maricopa County Superior Court clerk’s office, and asked “that you refrain from publishing those documents ... as they remain under seal by the Court.”

“As stated, that is, in fact, the current circumstance,” Robberson said. “Please be advised that if the sealed documents are published or otherwise distributed through you, Goodyear reserves all its rights to pursue remedies at law and in equity.”

We published our story, including Kurtz’s letter, Wednesday night. Separately, Goodyear notified the court that it intends to appeal Hannah’s decision to unseal the coming days.

Until then, you can find below the full audio of the hearing as well as a transcript of the proceedings.

Click Here To See The First Part Of
This Groundbreaking Story From  A Super Reporter From
Jalopnik And We Ask Where Is The Main Stream Media?

Last week, I asked Goodyear Tire & Rubber Co. to comment on claims made in a lengthy letter that says the company knew for more than 20 years about failures on a tire linked to hundreds of crashes that have left at least 98 people either injured or killed. I obtained the letter, along with more than 200 pages of exhibits to the letter, from a court in Arizona following a judge’s earlier decision that led the court’s clerk to briefly unseal the records. Goodyear never responded to me. Instead, unbeknownst to us at Jalopnik, the company asked the Arizona judge to call me directly and intone that I should, in the words of Goodyear’s attorney, “do the right thing” and not publish those documents.

The judge denied Goodyear’s request, never made that call and we published our story.

Companies historically have used the courts to try to block the release of sensitive documents, but asking a judge to take the bold approach of calling a reporter directly is virtually unheard of. The hearing illustrated the lengths to which Goodyear has gone to shield records from the public that document how many times the G159 has failed on the road. Goodyear’s attorney indeed emphasized how important this was to the company, according to an audio recording of the hearing obtained this week.


“You know, your honor, how Goodyear has argued and taken measures to protect these documents,” Goodyear’s attorney, Foster Robberson, said.

John Hannah, the Maricopa County Superior Court judge overseeing the proceeding, ultimately denied Goodyear’s request, effectively saying it wasn’t his place to call a reporter. But that followed more than an hour of deliberations between Goodyear’s attorney and the court, in which Robberson asserted that I had taken a “wholly illegitimate route” to obtain the documents.

The 29-page letter, which we published late Wednesday, laid out a litany of claims made by attorney David Kurtz, in which he asks the National Highway Traffic Safety Administration to open an investigation into the G159, providing evidence of failure claims made as early as 1996—the first year the tire went into production and was used on RVs—and as recently as 2015. (For reference: our previous stories cover the extensive background of the alleged issue, that the G159 was prone to heat-induced failure when used on motorhomes at highway speeds.)

Wednesday’s hearing was, for me at least, extraordinary to listen to. For one thing, it’s a weird feeling to have your name spelled for the record of a proceeding you didn’t even know was going on, over something you did legally as part of your work as a reporter. (A lighter note was Robberson’s spot-on pronunciation of Jalopnik, something I had expected would trip up legal minds discussing us.)


But in the end, the extraordinary proceeding ended with my straightforward effort of obtaining documents becoming a legal ruling for Arizona courts.

At the start of the hearing, Judge Hannah acknowledges that Goodyear came to him with an “emergency in the case.”

The issue, Robberson explained, is the clerk’s release of the records to me earlier in the day. “We believe that they were released ... by the Clerk of the Court in error,” he said. The records were supposed to be kept sealed, pending an appeal from Goodyear, according to the company’s lawyer.

Robberson goes on to wonder aloud how I got the documents.


“I don’t know how Mr. Felton happened to be at the Clerk’s Office at some hour this morning, with all or some portion of Your Honor’s order in hand and how he managed to get these documents from the Clerk of the Court, in contravention of the order,” he said.

Here’s what happened. I read Hannah’s opinion. I called the Clerk’s Office. I asked for a document cited in the decision.

A clerk told me it had just been unsealed. So I gave them my credit card number and paid the necessary fees. The clerk then emailed the filing to me. Here’s a screenshot of the receipt I was sent:

If Goodyear can influence and beg a Judge to suppress evidence....and Goodyear can settle lawsuits and Non-Disclose then you got to imagine all the harassment we have gotten over the years from powerful people in order to make us and "Compel" us into giving up.

From State Senator Walter Stosch who came into my place of business and in front of my Boss suggest that we give up.

From Henrico County Officer Jason C who had meetings with me in a local Firehouse in order to tell me he reads my Facebook pages and counts how many times I use exclamation points and how many times I use capital letters....and sounded the same as State Senator Walter Stosch who also suggested I give up.

From This smoking Gun document the State Police Of Virginia never intended to be released....why are so many people trying to "Shut Us Up"?  Since 1975 Over 26598 Dead.....men, women and children by a "Passenger Car That Tows A Trailer"

Click Here To See the Evidence....The Evidence The Death Report
The Seer Evidence Cover Up The Report
The Virginia State Police Never Wanted Us to See
Click Here For The Audio Part One 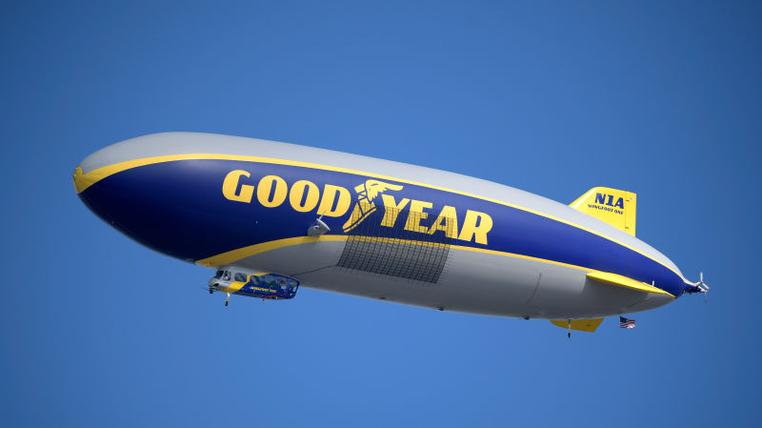 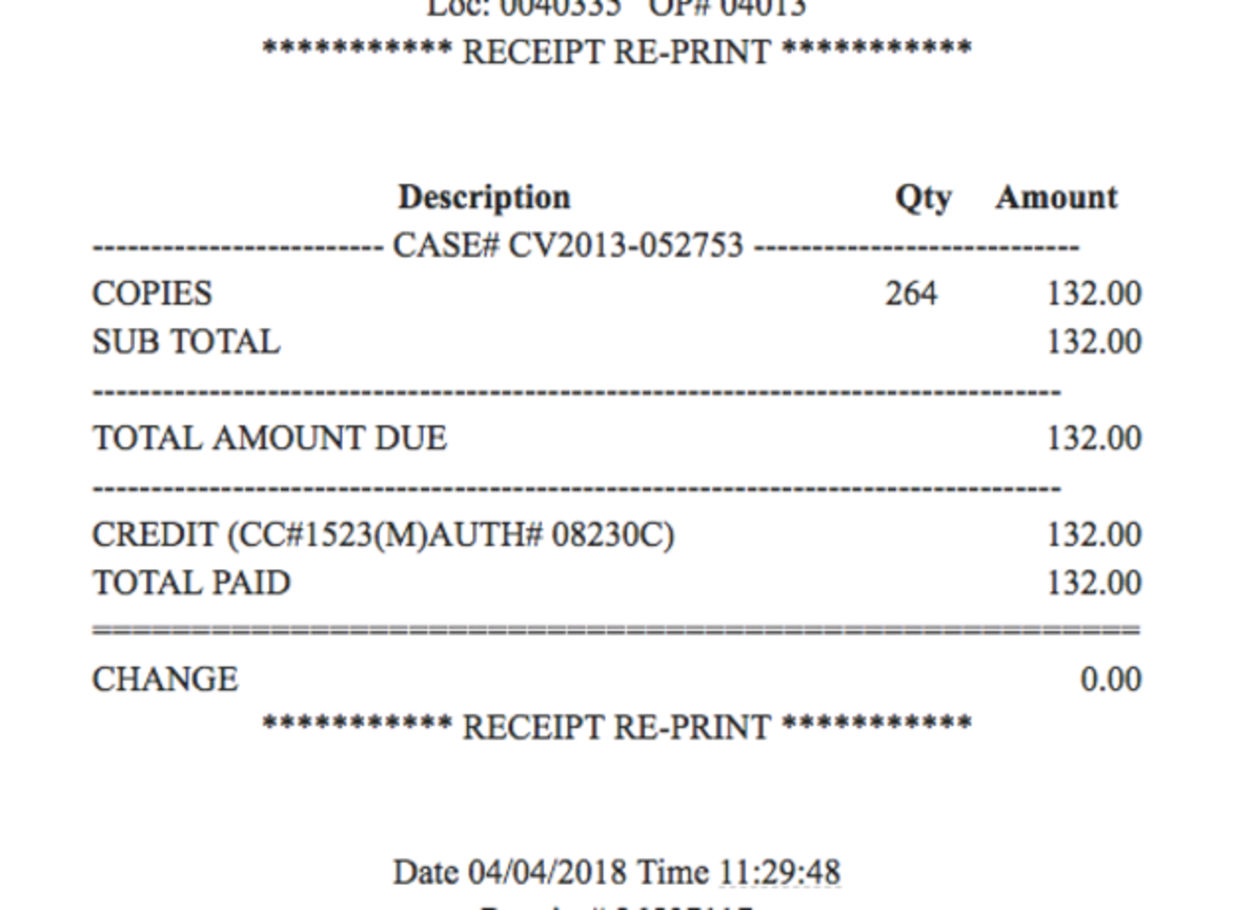