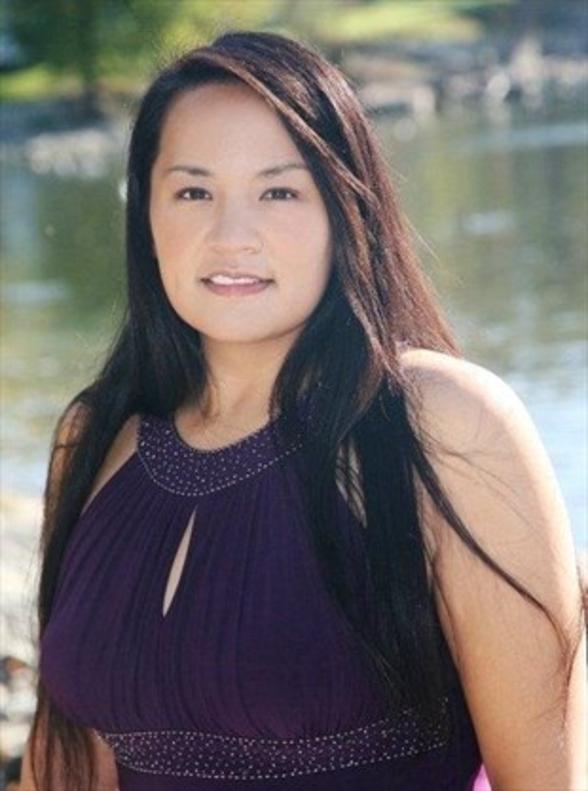 The driver in front of her swerved. That was the first indication something was wrong. What happened next is the stuff of nightmares.

Donna Torres was headed home to St. Catharines on the QEW from an appointment in Stoney Creek at about 2:30 p.m. when a heavy industrial trailer hitch bounced off the highway. The hitch ended up embedded in the middle of the windshield of her silver Lexus 330 SUV. The impact rocked her vehicle and left broken glass on the dash and seat.

"Everything felt like it was in slow motion when the hitch was flying toward me," the 36-year-old pharmacist said. "After it crashed into my windshield I thought, 'Oh My God!" Then I thought, 'Just get your car safely to the side of the road and go from there.'"

Torres wasn't injured. Despite limited visibility through the windshield, she steered her SUV from the centre lane onto the shoulder near Bartlett Road in Grimsby. The OPP commended her composure.

Torres was met with a flood of support from family and friends through the evening Wednesday. Her husband and his father had rushed to the scene and drove her home. Her parents made their way to St. Catharines from Mississauga.

The OPP investigation is still open and officers are looking for witnesses who can help them identify the vehicle, Const. Robert Knight said.

Under the Highway Traffic Act, a driver is guilty of an offence if "any part of a vehicle or anything affixed to a vehicle becomes detached from the vehicle while it is on a highway."

Torres, who has two small children under the age of three, said she agreed to the interview as a way of reminding the public about the importance of maintaining their vehicles.

"I am glad that my children were not in the car," she said. "This should not have happened to me or anyone. I hope that the person or the company the trail-hitch came from, and transportation companies, in general, will learn from this incident. The next person may not be so lucky."

This has happened before ON Sunday we will have links here to prove it.  We needed to document this.. 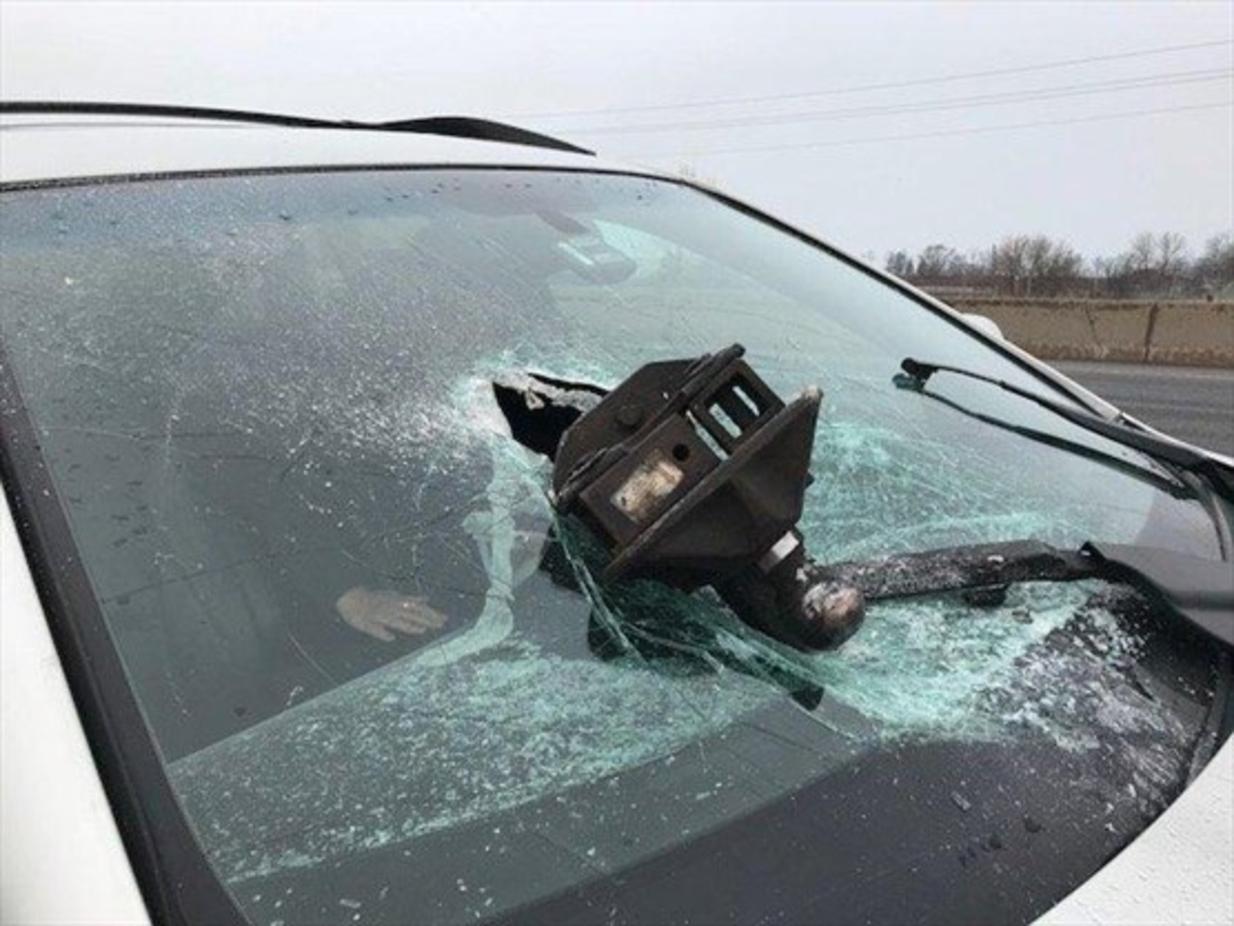 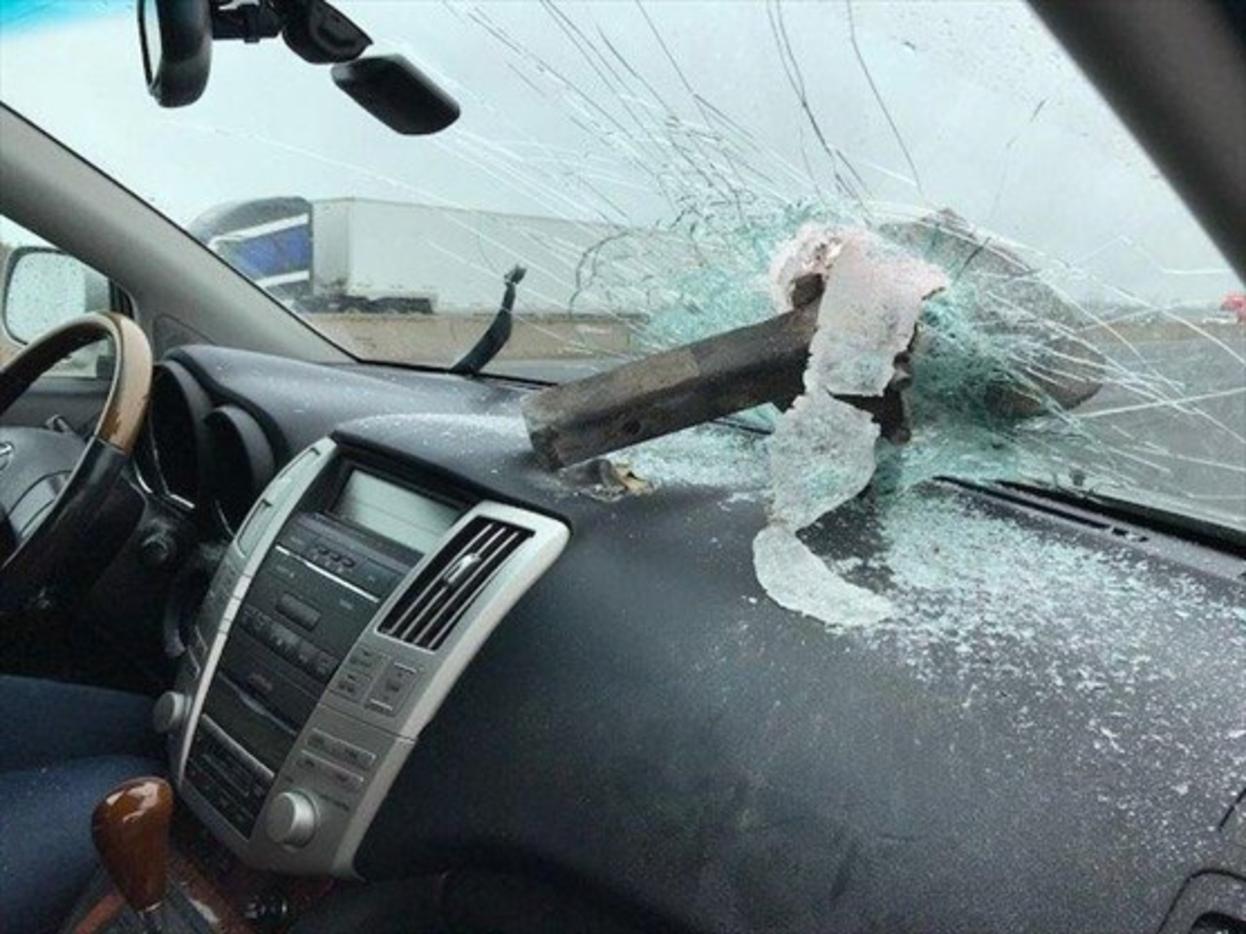