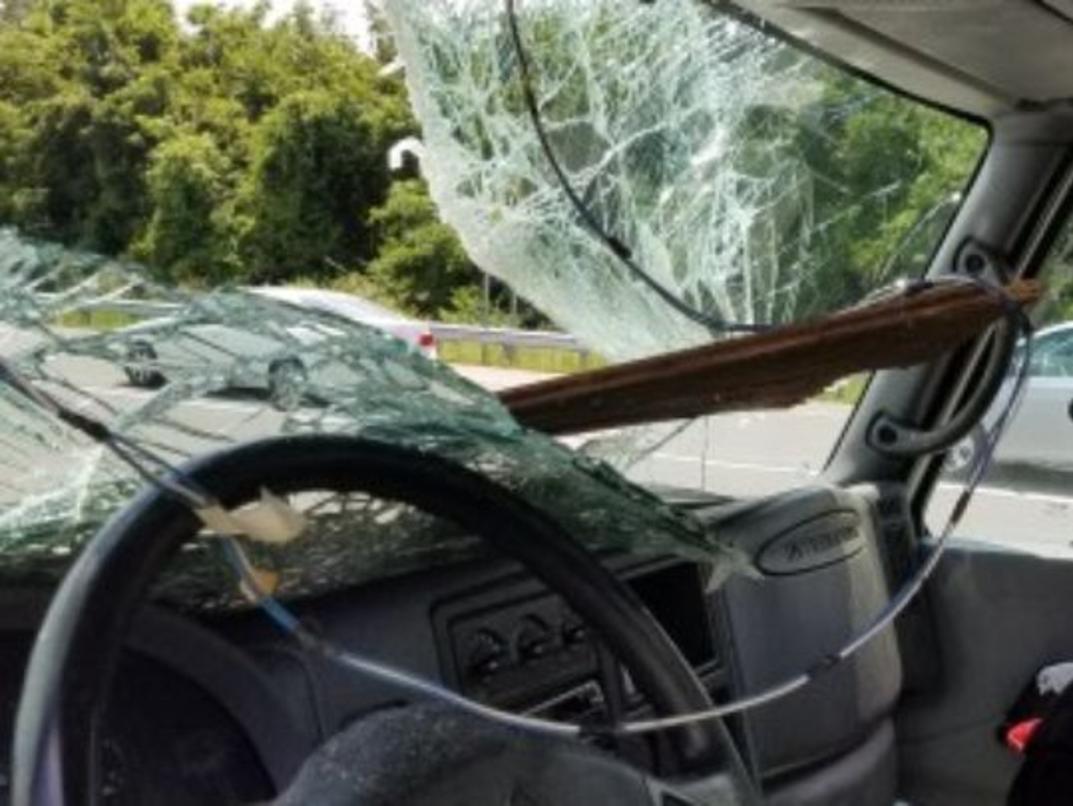 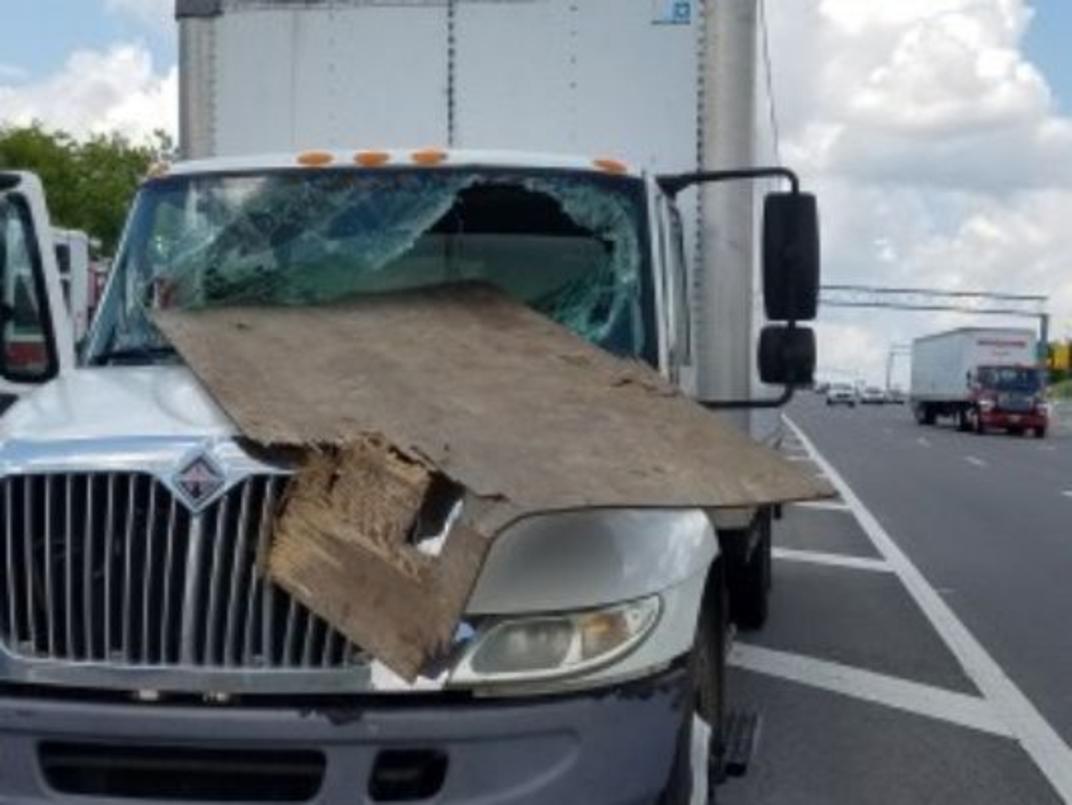 Loose materials flying off a trailer being towed down I-65 South near Murfreesboro Road injured one driver and caused damage to two vehicles Wednesday afternoon, Franklin police said.

Several pieces of plywood escaped the trailer pulled by a white SUV, and injured a man after shattering the windshield of his box truck around 2 p.m., according to officials.

The driver of the SUV did not stop, and police are looking for the driver. Officials said they recognize the driver may not have noticed what happened, as it occurred behind the vehicle.

A box truck was damaged and its driver injured after pieces of plywood flew off the trailer of a white SUV. (Photo: (Photo: Franklin Police))

Officials ask that anyone with information on this case call Crime Stoppers at 615-794-4000.