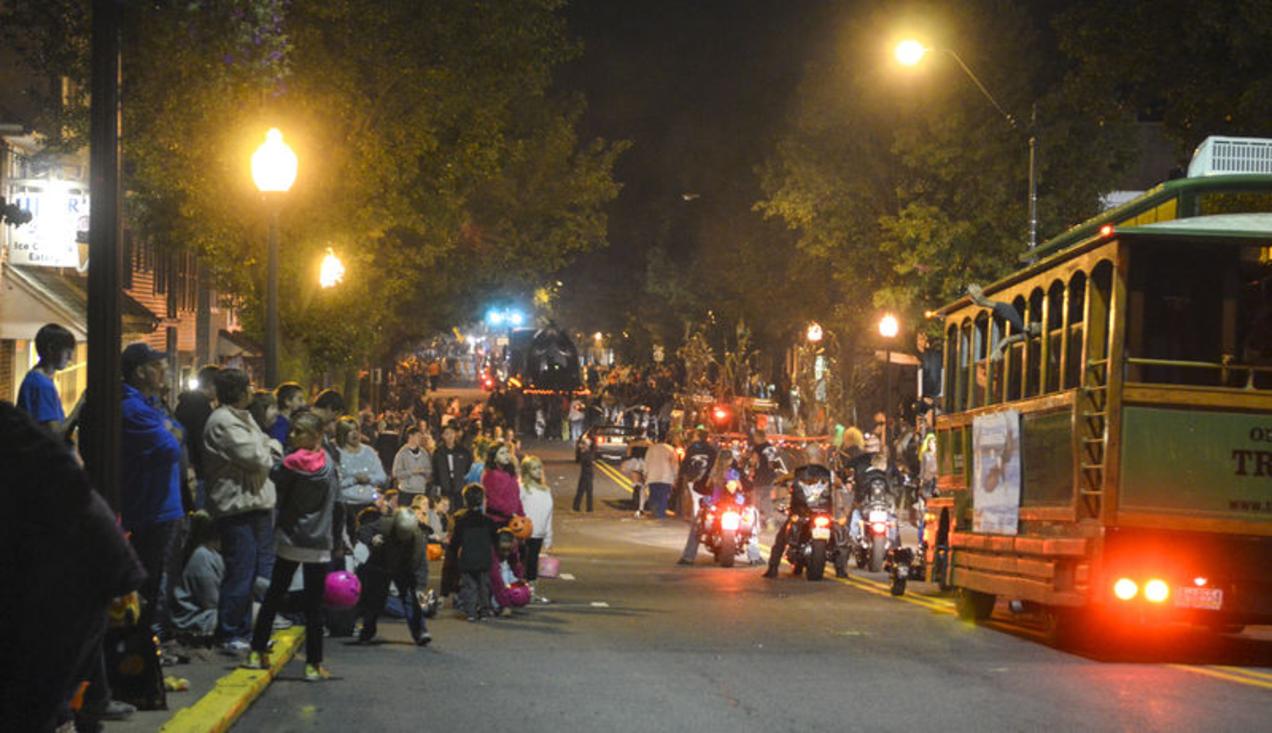 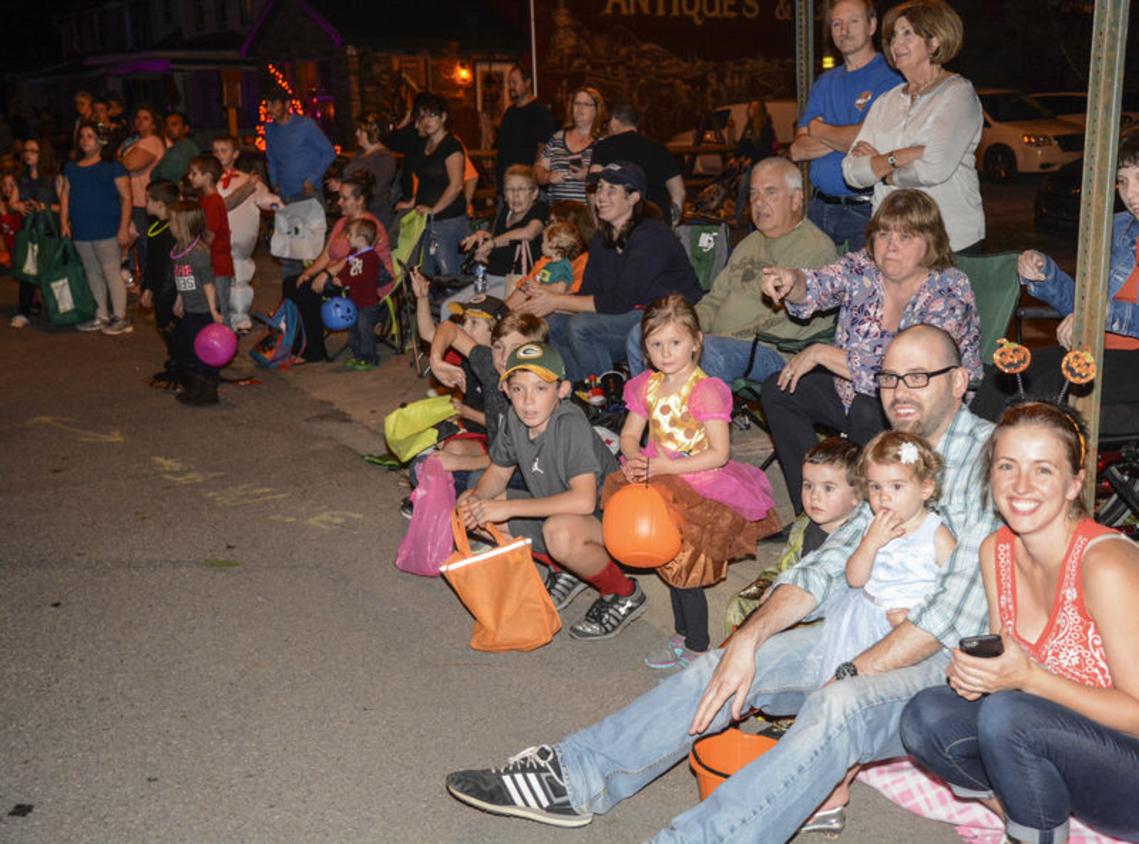 By Rick Dandes The Daily Item

Beginning next week, thousands of families in seven Valley towns will line their local streets to watch a procession of ghouls and ghosts make their annual Halloween treks through their hometowns.

The Selinsgrove Parade on Tuesday will get the season started, followed in order over the next two weeks by parades in Sunbury, Millersburg, Mifflinburg, Shamokin, Danville and Mount Carmel.

"This is a great time of year for parade-goers," said Ron Melanson, of ParadeSafety.org, "but people will have an even better time if they are safe. When you see well-meaning people throwing candy off trucks and trailers during a parade — they need to realize that candy attracts children like moths to a light bulb. They go towards it."

This past May, Aaron Leffler, 10, was on Independence Street in Shamokin walking alongside a float in the Anthracite Heritage Festival of the Arts Parade, which was carrying members of his baseball team. The float stopped momentarily, and Leffler got caught under a wheel when it again started moving. He was critically injured in the accident but did recover.

Still, the spectre of a child being injured during a joy-filled parade has haunted people like Melanson and Mifflinburg Mayor David Cooney, who said Thursday that he's keenly aware that safety protocols at parades need to be followed.

"We always encourage children to stay on the curb," Cooney said, in advance of his parade on Oct. 23. "No children have to enter the roadway. And we advise people to keep an eye on their kids, who get so excited at parades."

Cooney rides in his parade and said he enjoys tossing out candy to kids, but only safely. "I make sure I'm throwing something compact like Tootsie Rolls, which I can throw onto sidewalks and curbs."

Parade safety is an issue that consumes Melanson, who lives in Virginia.

"I've been pushing for some basic legislation because there are no standards when it comes to floats in the parade," he lamented. His attempts, so far, have gone nowhere. But his recommendations serve both spectators and those riding on floats. "Install safety rails on your trailer. Don't sit on the edge of the trailer, and no horseplay."

Like Cooney, he said to be careful tossing candy to kids.

"Really," he said, "for your kid's safety, if you are in a truck or riding a trailer, don't throw candy. Leave that to walkers to hand out the sweets."

After May accident, new rules in effect for Halloween parade

SHAMOKIN — The annual Shamokin Halloween Parade that kicks off at 6:30 p.m. Tuesday, Oct. 24, will be the first one conducted under stricter regulations officially adopted by Shamokin City Council last month.

The regulations were expedited by an accident involving a 10-year-old boy who was run over by a float during the annual Anthracite Heritage Festival of the Arts Parade on May 26.

The parade, which is being sponsored by First National Bank, The News-Item and AREA Services, will conduct registration and begin forming at 5:30 p.m. at Claude Kehler Jr. Community Park at Arch and Third streets.

Judges will be located at picnic tables behind the registration area.

New rules require all parade participants to pre-register before the day of the parade with no exceptions. New registration forms now require people operating floats or other vehicles to provide valid driver’s licenses and proof of insurance.

Parade participants are no longer allowed to throw candy from floats or other vehicles. All candy must be handed to spectators, who are prohibited from jumping into the parade route for any reason.

Dune buggies are prohibited from the parade.

The new regulations state that the organizer and coordinator of any parade has the authority to enforce the rules and remove any entry from the parade who violates them.

All vehicles must obey local ordinances and state laws and operators are prohibited from speeding, driving erratically and squealing tires.

No participant may mount or dismount a float during the parade route and cannot have any body parts including legs and feet extending past the sides, front or rear of the float.

Participants riding on floats should not mount or dismount a float until they have safely reached a designated area to load and unload a float.

Alcoholic beverages or controlled substances are strictly forbidden on any float.

All participants walking near a float shall keep at least a six-foot distance on all sides, front and rear of the float, and an adult must be supervising all sides of the float if children under the age of 18 are walking near or with the float.

All children under the age of 18 must be supervised by an adult(s) and unit leaders must accept all responsibility for the behavior of their respective members and parade participants.

Profanity and nudity are prohibited and all entries must be suitable for family viewing.

No water guns, water balloons or other types of projectiles will be allowed to be sprayed, thrown or dispensed into or at spectators.

Mayor William Milbrand, who had attempted to enforce stricter parade regulations prior to the accident in May, said, “These regulations have been in the works for awhile. I’ve been in many parades over the years and I always worried about people throwing candy from floats or other vehicles and kids running into the street to get it. It’s vital that we keep all kids and adults away from vehicles, especially when they are moving.”

He added, “Our number one goal is safety. Parades are suppose to be fun for everyone. We don’t want anybody getting hurt because it puts a damper on the whole parade.”

Councilman John Brown, who serves as public safety director and is running against Milbrand for mayor in the Nov. 7 general election, said the stricter regulations may take some of the fun away from parades, but are necessary to ensure the safety of participants and spectators.

“The new rules are good for everyone because our number one concern is safety,” Brown said. “The Halloween parade is the biggest and most popular parade we have going for us and we want to retain the enthusiasm people have for it while making it safer.”