Farm worker dies after being pinned under tractor

Chico >> A farm worker died Monday after becoming pinned underneath the tractor he was operating north of Chico, according to the California Highway Patrol.

The man was attempting to drive the tractor onto a trailer bed about 2:40 p.m. when the tractor tipped over, trapping the man, CHP officer John Murphy said.

The worker, who was estimated to be in his 50s, died at the scene, Murphy said.

His name was not immediately available.

The deadly accident happened near an orchard on Anita Road just off Highway 99.

The man was nearing the end of his workday at the time and maneuvering the tractor onto a truck and trailer, the officer said.

Another worker moved the truck and trailer to make space for responding emergency workers to try to help the man, but the man was pronounced dead at the scene, the officer said.

It was not yet clear exactly what caused the tractor to lose its balance and tip over. The accident remained under investigation.

The officer said investigators intended to contact the owner of the property where the man had been working, as well as other involved parties.

Traffic on Anita Road near Highway 99 was slowed for a period as emergency personnel worked at the scene. 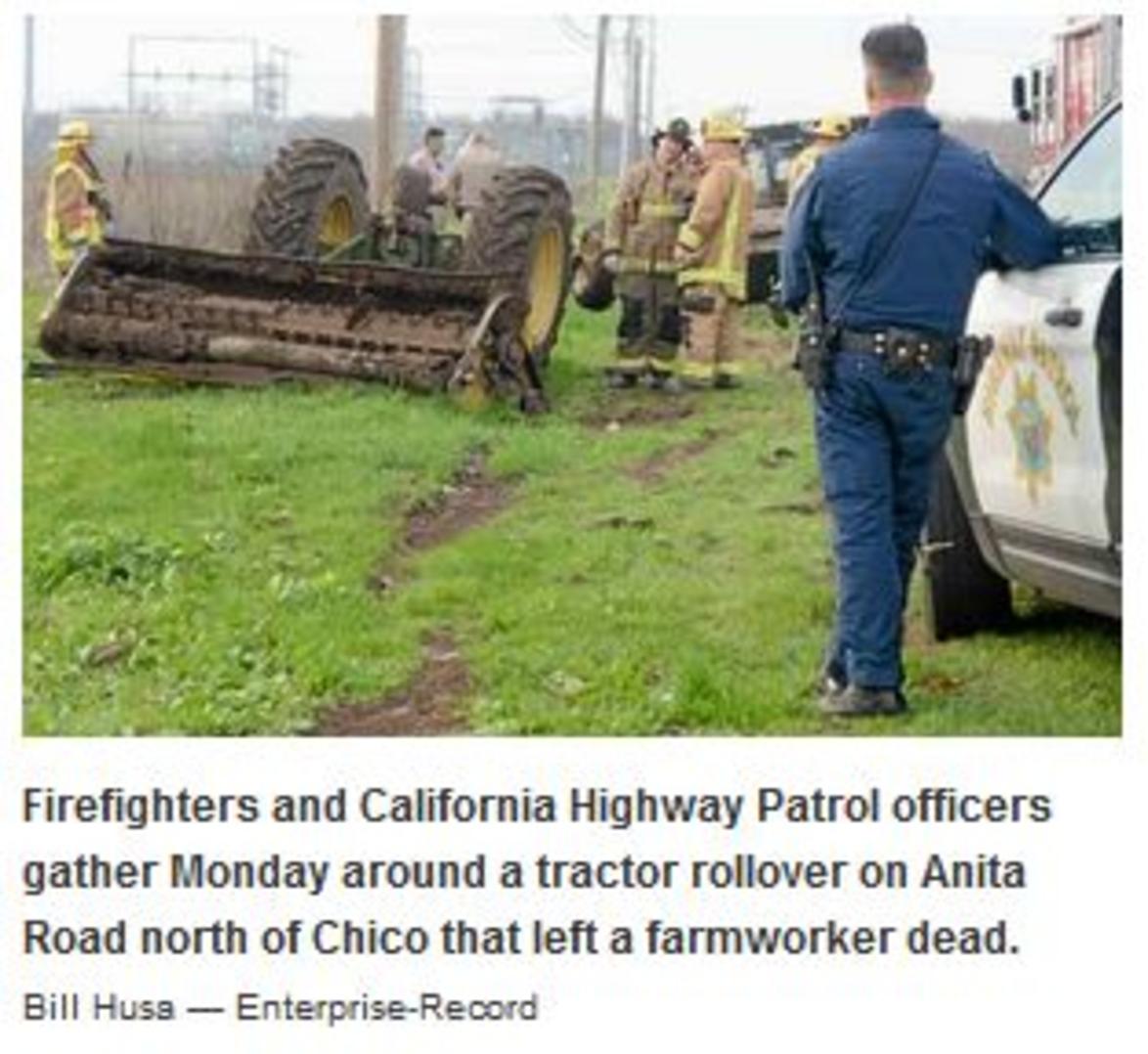 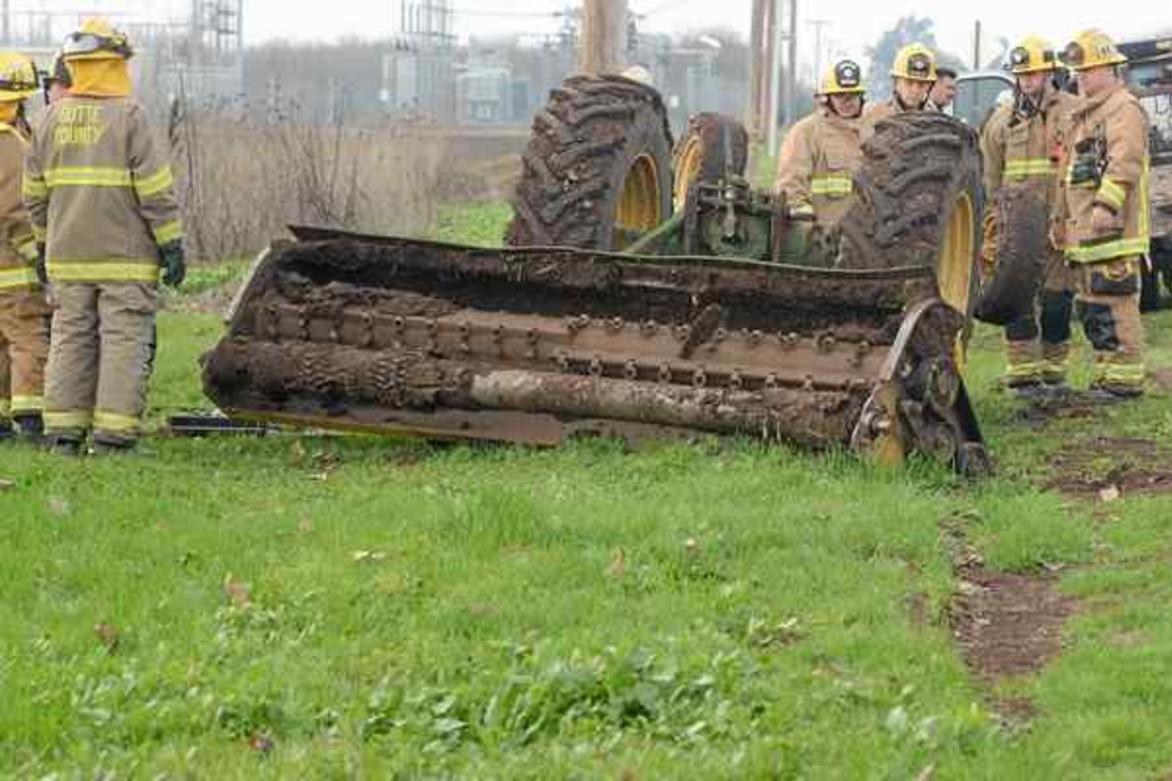