The Baker City Council will consider changes to the city’s parade rules, a move prompted by the death of a 7-year-old boy in an accident during the Miners Jubilee parade July 15.

Dylan Scott Thomas of Baker City, who was riding on a trailer, slipped and fell between a tire and the edge of the trailer.

City Manager Fred Warner Jr. has written a draft list of rules that would be included with all parade applications.

Warner said the City Council will review the list of 19 rules and consider adopting them by resolution at a Nov. 28 meeting.

A few of the proposed rules are related to the accident in which Dylan died.

• Consumption of alcoholic beverages is prohibited

• No parade vehicles may be operated at excessive speeds

• All vehicles will keep a 30-foot interval between parade entries

• All axles on trailers, vehicles or floats must be equipped with wheel covers

• The towing vehicle shall have a functioning horn

• No parade participant shall appear in a state of nudity

• All children on a float or trailer should remain seated at all times and should be monitored by adults that are at least 18 years of age.

• No person shall jump off or onto a moving float 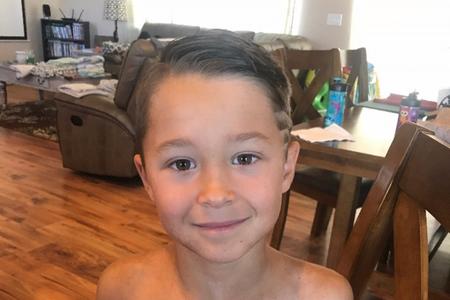 Every Locality Is Now On Notice:

This is the first locality in nation that has finially put into writing some sort of rules governing a parade safety.

Up until now....nobody has wanted to do this.  The lawsuit compelled them along with our barrage of e mails....against the YMCA and every lawyer in the area made them do this.

The Utility Trailer Industry is allowing their product to be used in a hayride or parade and it was never designed or intended to be used as a people mover.

In addition each owner of the trailer and or pick up also needs to be charged with a crime if their operations should injure a person or kills anybody.