Another month...Another precious child killed when he fell off another utility trailer with no safety rails or standards.   We simply ask how many more vigil's do we need to endure before we have an honest discussion on unsafe hayrides and parades in the United States?

Let's take a moment and look at the facts "A Utility Trailer Was Never Designed To Carry People".   Going a step further the wheels of the trailer are placed outside the frame of the trailer and when people are sitting or standing on the trailer when they fall off they fall in a direct line of the wheels and they are run over.

Our Organization time and time again have continually sent alerts, e mails and called various news and political leaders all over the United States and the world.    Our organization even got the attention of the National Transportation Safety Board way back in  2014 in which it is obvious to our organization nobody has taken the information to heart.

So we cannot stress enough do you see a pattern here?  In November we will have unsafe parades and hayrides for Thanksgiving right?

Then comes all these unsafe Christmas and New Years Day Parades......and we predict at least 4 more preventable deaths will occur......

Why is nobody except us trying to save these lives?  Don't you find it strange?

When will all of these Vigil's results in a Unified Nationwide Safety Standard For All Parades?  We are ready to help!i

MONTCALM COUNTY, MI -- An 8-year-old boy who was fatally injured in a trick-or-treating accident is being remembered for his love of outdoors as well as his witty sense of humor.

Brady James Sexton died after he fell off a trailer being pulled by a tractor about 7:20 p.m. Oct. 31. He was run over by the trailer wheels.

He was trick-or-treating with others in the Village of Sheridan at the time.

In his obituary, relatives said he loved the outdoors and "hunting, fishing and hitting things with sticks."

They said he had a knack for making conversation and was fun-loving, smart and had a witty sense of humor.

"His passing leaves a hole in the hearts of all his family and friends, but his spirit will live on in all who knew and loved him," according to the obituary.

He is survived by his parents and two sisters.

Students at Central Montcalm Schools are being released two hours early Monday to accommodate the funeral, school leaders said in a Facebook post. 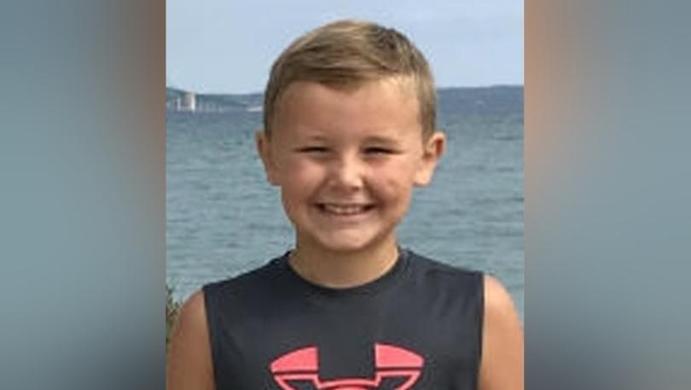 Boy, 8, killed in trailer accident to be remembered at vigil

Note:  How many more have to happen..?

STANTON, Mich. (AP) — A central Michigan community is remembering an 8-year-old boy who died after falling from a trailer carrying children during Halloween trick-or-treating.

WZZM-TV reports that a candlelight vigil for Brady James Sexton was scheduled to start at 6 p.m. Sunday along Stanton's E. Main Street.

Sexton died Wednesday at a local hospital after he fell from a trailer and was run over as it was being pulled by a small farm tractor.

His death is being investigated as an accident. Witnesses said the tractor was moving slowly when Sexton fell in the nearby town of Sheridan, about 115 miles (186 kilometers) northwest of Detroit.

Sexton's funeral was scheduled for Monday at the Central Montcalm High School gymnasium in Stanton. He's survived by his parents and two sisters. 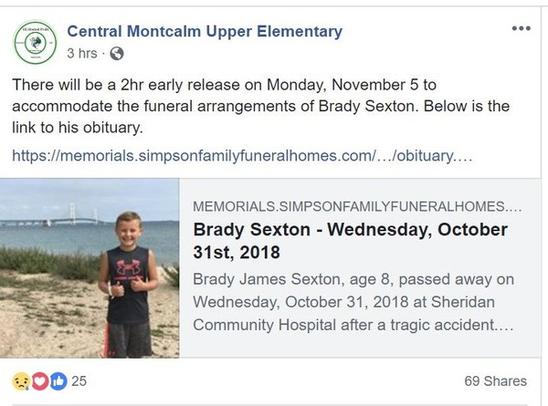 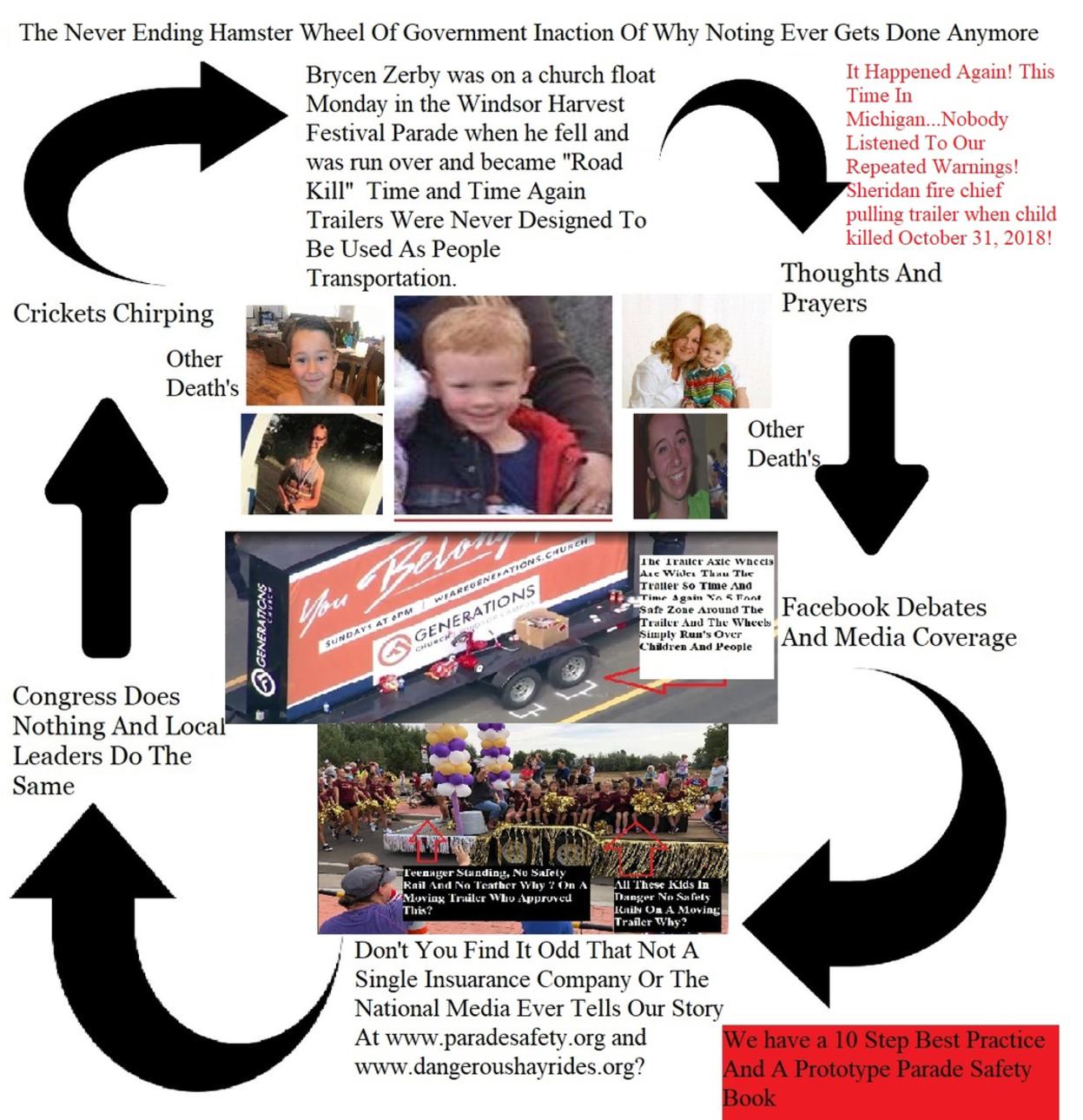