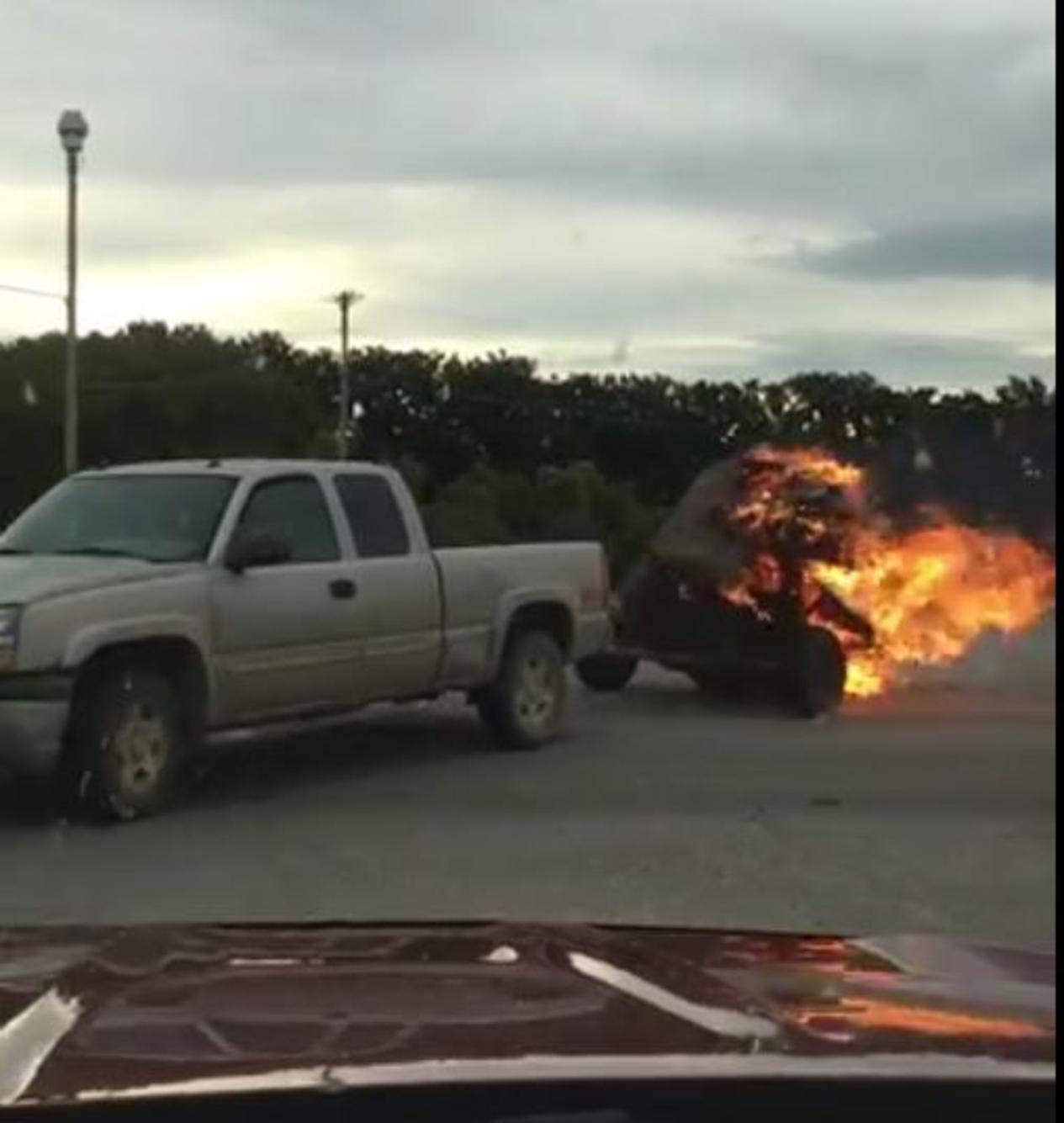 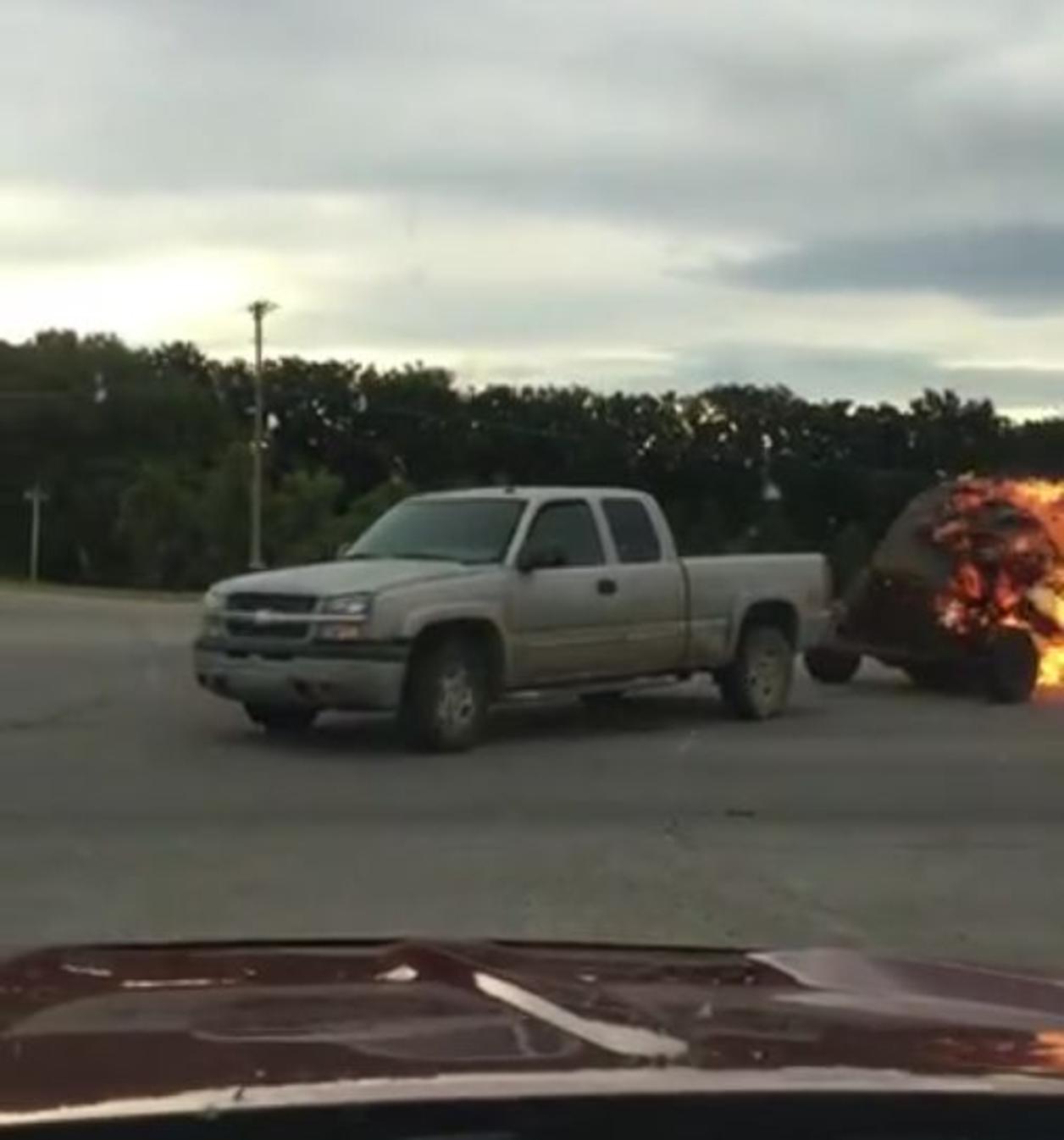 Sept. 27 (UPI) -- A shocked Kansas driver captured video of another vehicle towing a bale of hay that was engulfed in flames.

The video, filmed on a road in Winfield, shows the pickup truck pulling a small trailer that was carrying a bale of hay on fire.

"I saw this guy about 300 yards away when he pulled onto the highway from the other side of the road, at that time the flame was very minimal," the filmer wrote. "As he got closer the fire quickly spread and I decided to capture the moment."

The filmer said the driver of the truck appeared to be unaware of the situation.

"When he went by he looked at me as if to say 'What are you looking at?' I don't think he had any idea of the fire at that time. After he passed me I think he finally looked back and saw his dilemma, but just kept driving. About two miles down the road he pulled into a farmhouse near where I live and the local fire department put it out," they wrote. 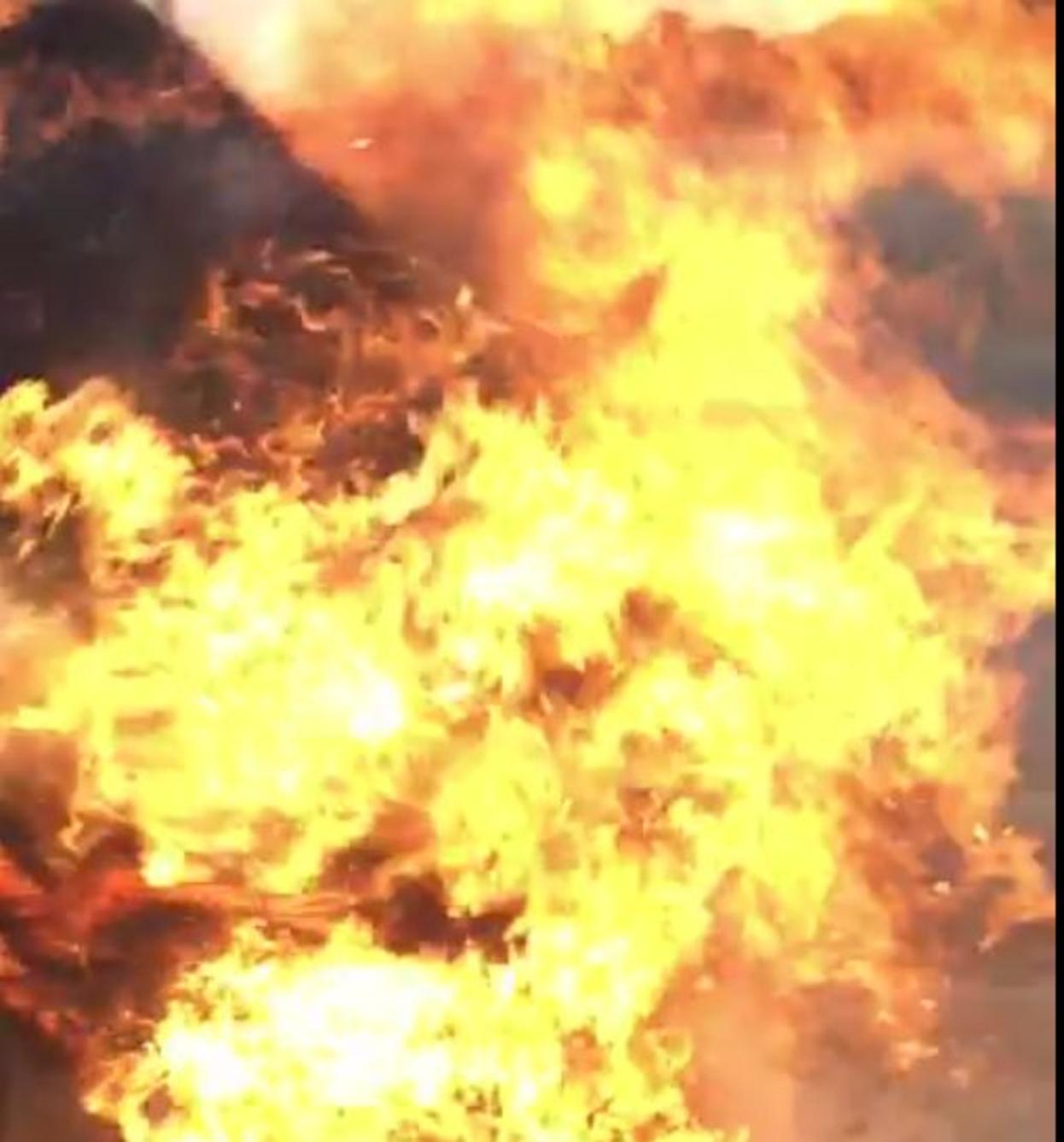 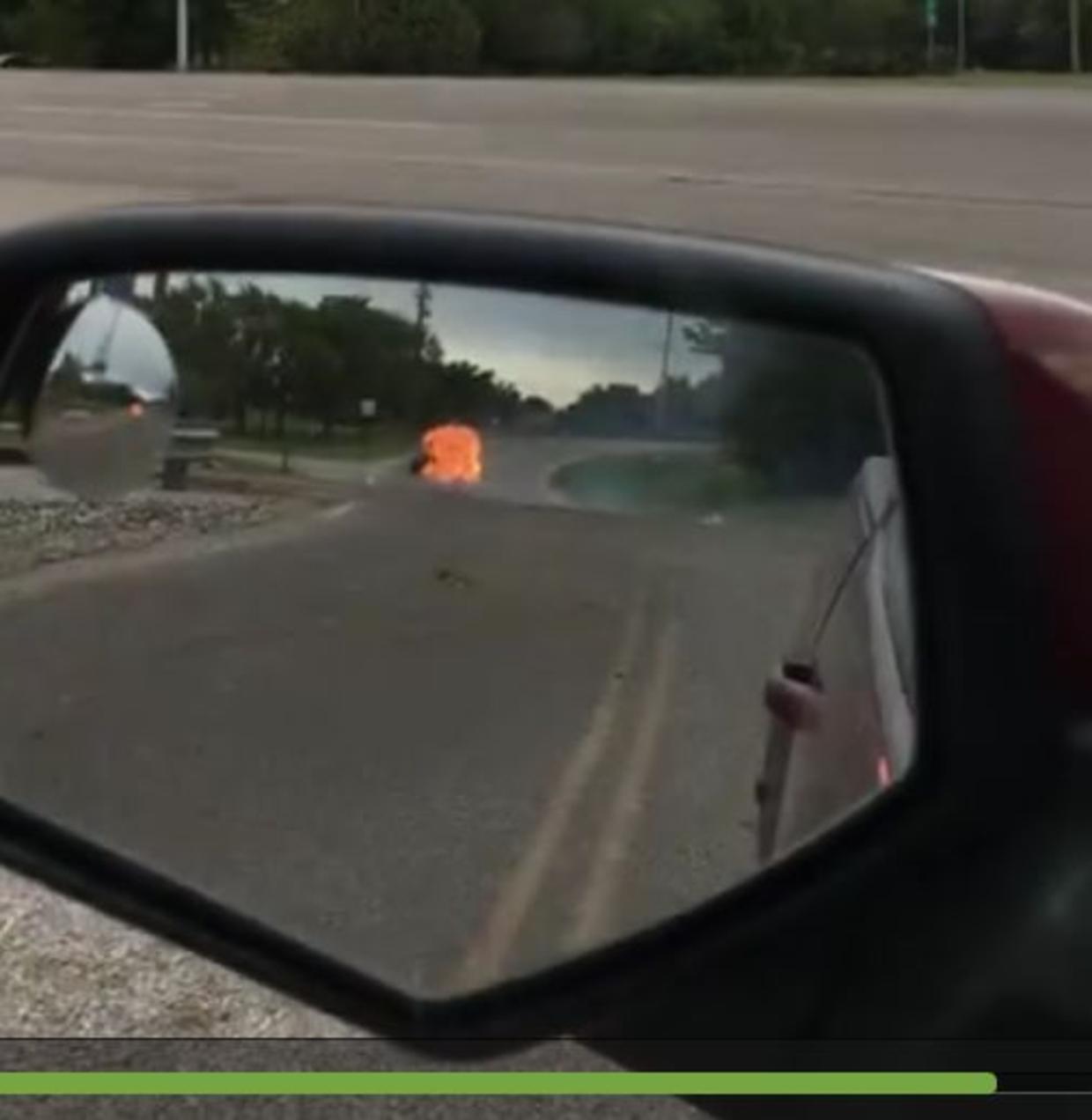 In 2019 Over 40% of all wildfires will be caused by people who tow trailers who not only drag safety chain and run on rims like the Carr Wildfires.   Prove us wrong I dare you or anybody to prove us..... guess what I am not "Russian"

These photo's are not photo shopped.....they are real.....and people who do not believe our evidence are really stupid. 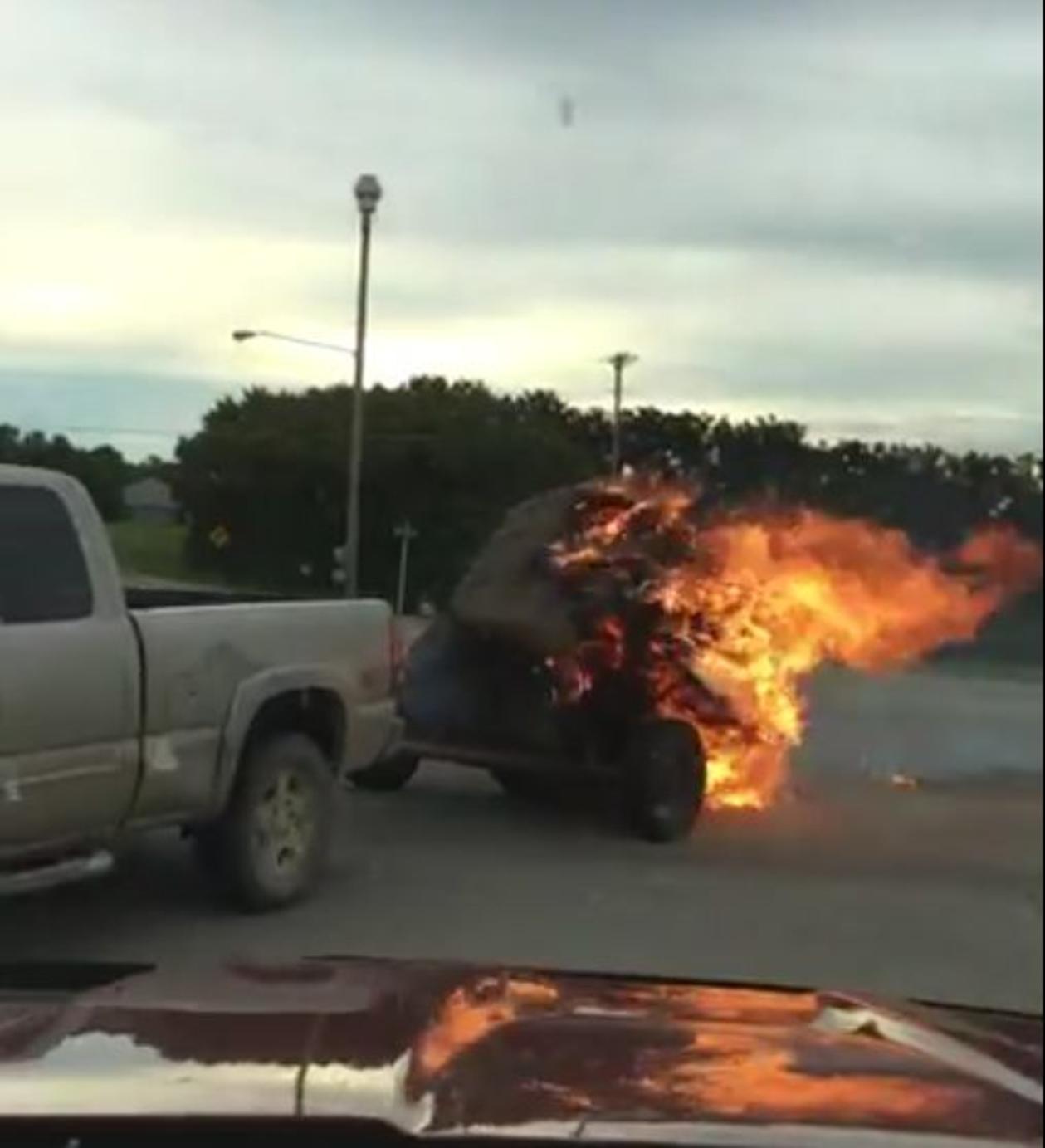