Click Here To Be Taken To Original Story Fair Use 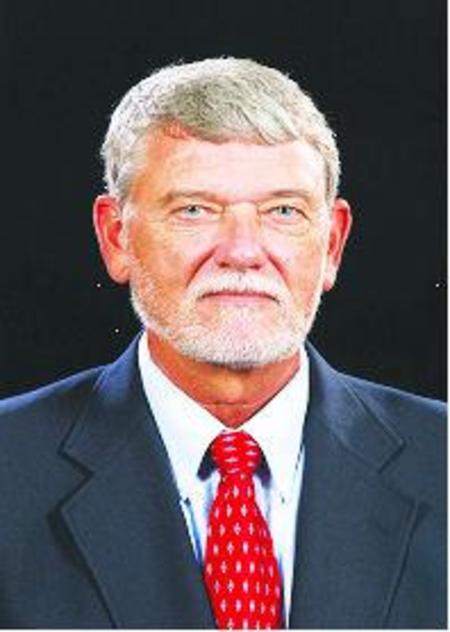 Recently, I experienced one of those moments that remind me how quickly accidents can happen. I had just left Poverty Point reservoir outside Delhi after a fruitless fishing trip when I noticed a driver behind me flashing his lights. At first I thought he was warning oncoming motorists of a trooper, but then in my side mirror I saw a piece of rubber fly out from under my boat trailer.

I quickly pulled over and was shocked to find a completely shredded tire. The guy stopped, as well, and said, “Man, that tire just exploded and blew your trailer fender completely off.” It was only then that I realized the four-foot fender was gone. I never heard or felt a thing but was grateful no one was hit by the flying chunk of metal.

It was similar to another incident that occurred a few years earlier when I was driving down US 165. I heard a clunking noise and in my rearview mirror saw something bounce off the road, forcing a car to swerve.

I stopped to inspect the truck but didn’t see anything wrong until I noticed that my trailer hitch was missing. The pin had either broken or worked loose and the hitch had fallen off.

I would like to say such incidents are rare, but the truth is a gremlin often rides with me when I’m towing something.

My late buddy Jim Brister found this out one hot summer day when I invited him to go fishing on Dugdemona River. Jim already had his ATV loaded onto his trailer when I stopped at his house, and he told me to drive since I knew the way.

After about 45 minutes, I looked in the rearview mirror and the four wheeler appeared to be sitting at a bit of an angle on the trailer. We decided to check it out and pulled over to the shoulder of the road. When I got out, Jim was standing by his door staring at the trailer.

Astonished, Jim exclaimed, “Tire? We don’t even have a wheel!”

When I walked around the trailer, it took a moment to realize what I was seeing. We had suffered a flat earlier, but I had continued driving for miles. First, the tire disintegrated and then the wheel itself ground down to the lug nuts.

We must have looked like a rocket roaring down Highway 34 with all the sparks that had to have been flying. To this day, I can’t figure out why neither of us heard nor saw anything.

One of my most shocking incidents occurred when I was driving down a rough gravel road to put my jon boat in Cocodrie Bayou near Acme. I glanced into the rearview mirror just in time to see my Mercury motor fall off the back of the boat.

It looked like a cluster bomb had been dropped when the motor shattered into a jillion pieces and kicked up dust and gravel as they ricocheted down the road.

Inspecting the transom, I found the motor clamps were still tight on the boat. Apparently, a hairline fracture had developed right above the clamps and the motor just broke off. All I could do was pick up the pieces and drive back home.

Another boat towing incident fortunately ended only in embarrassment. Once again I was pulling my jon boat (with a new Mercury motor) and stopped at a Wal-Mart for some tackle. Upon leaving the parking lot I gunned the truck to beat some oncoming traffic but didn’t notice the high curb along the road.

When I cut sharply to enter the road, the boat trailer jumped the curb and tipped over into the middle of the street. Rods, gas tank, tackle box, boat seats, paddle—everything went flying across four lanes of traffic.

I screeched to a halt and rushed back to check on things, more worried about the motor than anything else. The motor was fine and still firmly attached to the boat, which was still tied down to the trailer, but they were lying on their sides in the middle of the road. As people came to a stop and leaned on their horns, a Good Samaritan helped me right the trailer and collect my gear.

Now that the fishing season is starting, remember that such accidents can happen in an instant and be careful out there.

Dr. Terry L. Jones is professor emeritus of history at the University of Louisiana at Monroe who has received numerous awards for his books and outdoor articles.

Each year over 600 innocent men, women and children will die from "Trailer Trouble"

We have the data....we have the stories....why did this happen to his trailer and how many others have the same issues and defects?