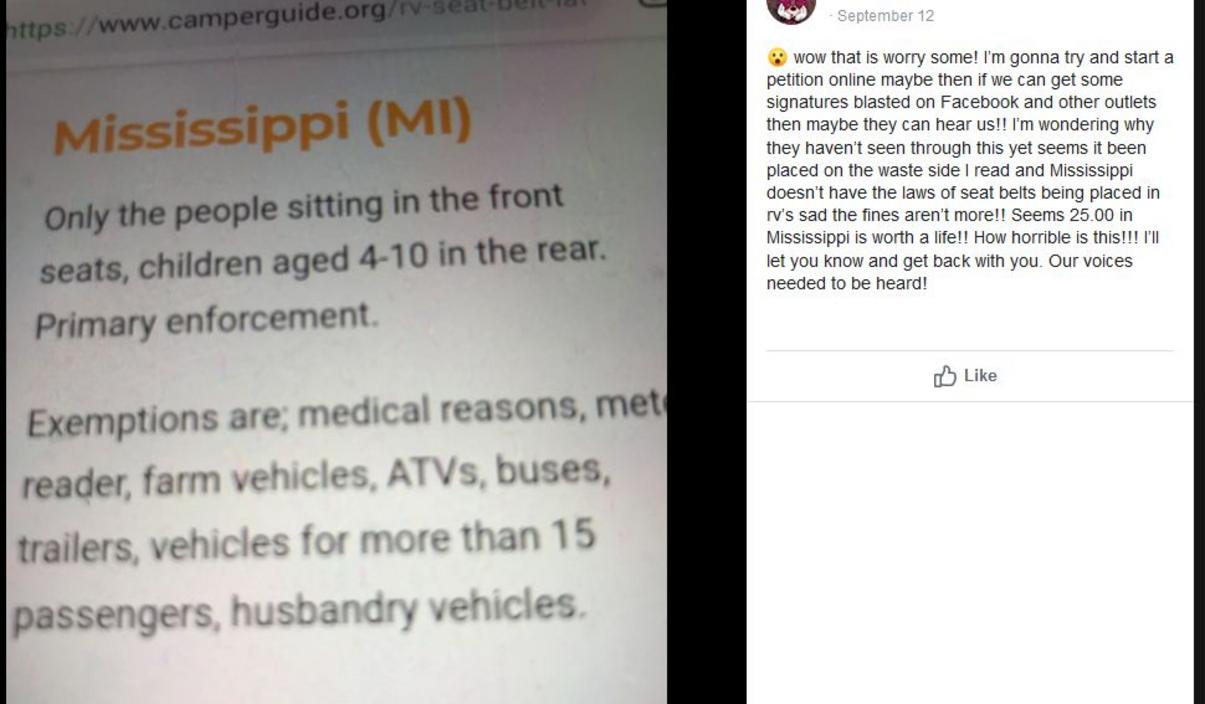 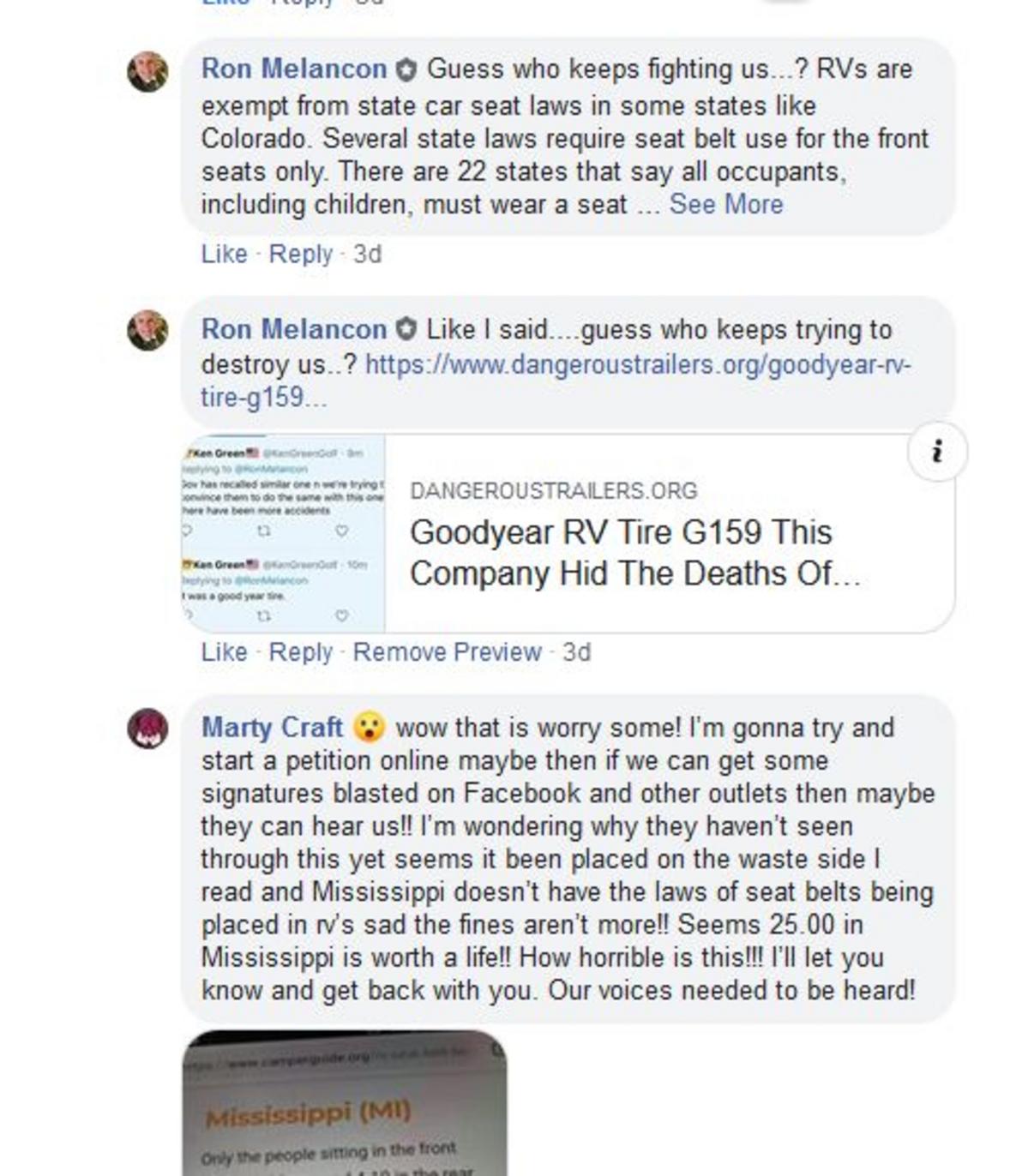 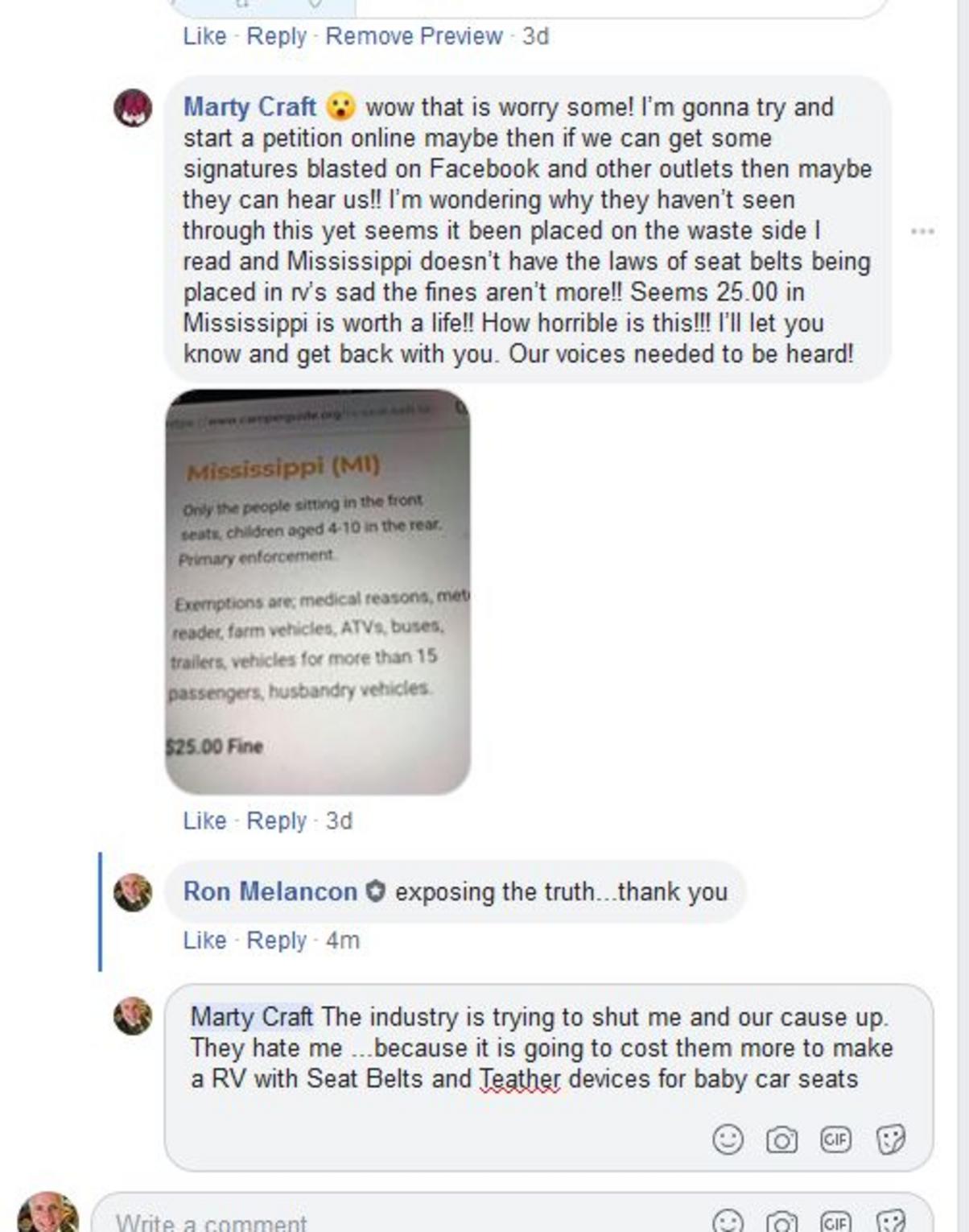 Could you and I get away with a 3 year old in our own cars with no car seat? Everybody would be calling the cops on us right? Number one...don't you find it really odd that no car seat is mandatory in a RV? No Seat belts...and you can have up to 15 people with no seat belts.....then the driver can drive it even 98 year old's using a regular car license...and now we have a dead 3 year old. NO MANDATORY CAR SEATS FOR RV'S. ! Dead 3 year old. The RV Industry has tried to destroy our Wake Up Calls!
T 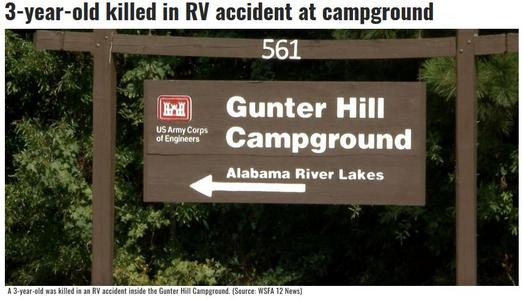 When the media is not reporting the truth and is not even telling us the age of the grandfather ..... then we have the right to expose anybody and report it.

The Interest of public safety outweighs the benefits of any copyrights.....Ron J. Melancon I want to take this all the way to the United States Supreme Court

MONTGOMERY COUNTY, Ala. (WSFA) - A 3-year-old visiting a Montgomery camp site with his family has died after an RV accident.

According to Lance Davis with the U.S. Army Corps of Engineers, the family was traveling in the RV along Catoma Loop access road in the Gunter Hill Campgrounds when the child, Elijah Crow, opened the door and fell out while the vehicle was moving. He became trapped under the RV and a witness called 911.

Davis said Crow was taken to Baptist South, but when he arrived he was pronounced dead. The child’s mother, who’d jumped out of the RV to help her son, sustained non-life threatening injuries.

Davis said the child’s grandfather was driving the RV.