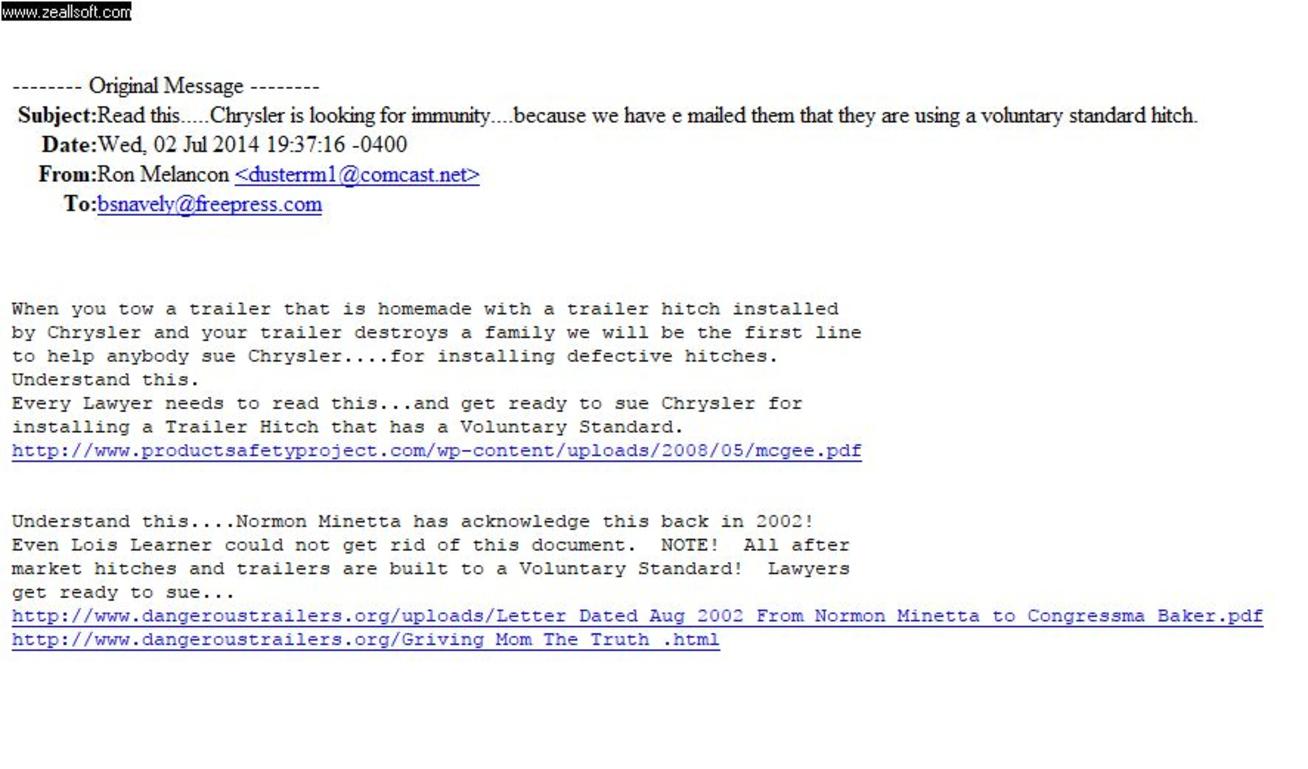 NOTE:  A National Class Action Lawsuit Must Be Filed Against Every Boat, Horse and Utility Trailer Company that is producing a product that is self certified and all people who build them "Homemade" with no product liability must be made.  It is the only way to get these greedy companies to product a quality product that EACH AND EVERY COMPANY WISHING TO DO BUSINESS MUST AT LEAST ACHIEVE A COMMON SAFETY STANDARD INCLUDING HOMEMADE ONES....

Mary “Erica” Scannavino rescued dogs and knit blankets for soldiers and created costumes during her 32 years.

The Kennesaw woman managed to do all that before she died, trapped in her 1996 Jeep Cherokee engulfed in flames, stopped at a Cobb County intersection in July.

Her family is suing Chrysler along with the manufacturer of an after-market hitch on the Jeep and the driver of the car that rear-ended her.

The lawsuit — filed Nov. 9 in Gwinnett County, where Chrysler is locally based — alleges that Chrysler should have known the location of the gas tank behind the rear axle was problematic. The suit called that spot the “crush zone.”

It goes on to say “(the driver) caused the wreck and caused Ms. Scannavino’s injuries, but that Defendant Chrysler caused the fire and ultimately the death.”

Scannavino was stopped on Bells Ferry Road waiting to make a left onto Hartley Woods Drive on July 29 when a Kennesaw driver “failed to stop his vehicle and collided,” the lawsuit said. That casued the hitch on her Jeep to pierce the gas tank of the vehicle, which rolled into a shoulder.

According to the lawsuit, the manufacturer of the hitch — Horizon Global — is at fault for making a product it should have known was dangerous.A Horizon Global spokeswoman was not immediately available for comment Thursday via phone or email

When asked for a comment, a Fiat Chrysler communications staff member said the company “extends its deepest sympathies to the family of Ms. Scannavino for their tragic loss in this horrific crash.”

It added: “The 1996 Jeep Cherokee meets or exceeds all applicable Federal Motor Vehicle Safety Standards ... We cannot comment further at this time as this matter is under investigation by authorities and is in litigation.”

Chris Glover, who is representing Scannavino’s parents, told The Atlanta Journal-Constitution that the danger of the Cherokee’s tank is among the worst he’s seen in his nearly 17 years of doing automotive product liability.

Four-year-old Decatur County boy Remington “Remi” Walden died in 2012 after a Jeep Grand Cherokee he was riding in was hit from behind and burst into flames.

The Walden family was awarded $150 million in 2015 after suing Chrysler, the Associated Press reported.

What has this family done with the award to help prevent others from loosing their lives?

The Jeep model in that case was three years older than the one Scannavino was driving and there was no hitch involved, but the fuel tank was in the same place.


“This was just made worse with the trailer hitch,” Glover said of Scannavino’s crash.

He said Scannavino was a history major a Kennesaw State University with hopes of becoming a seamstress at a museum or historical soceity who would help with tours while wearing period-appropriate clothes.

The lawsuit asks for a jury trial, and Glover said he plans to give the jury a sense of who Scannavino was: she sewed hundreds of blankets for military members over the years and kept a scrapbook of all the dogs she rescued.

The suit says it also wants “the recovery of damages representing the full value of the life of Erica Scannavino.”

When asked what that amount would be, Glover said: “That’s a number that the jury’s going to have to decide, and we trust the jury system.” 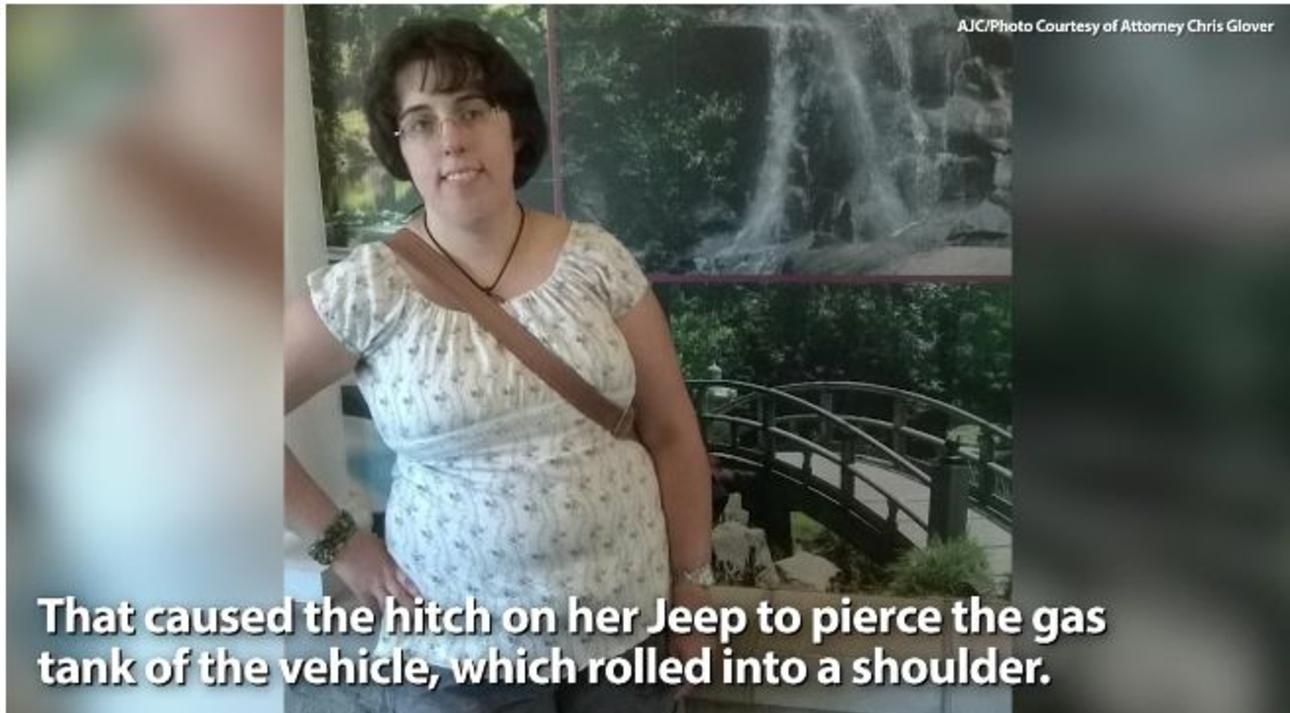 Stunning Letter Signed By Norman Minetta
Telling A Congressman That All After Market
Products Are "Self Certified" Would Anybody
By A Baby Car Seat Like This? 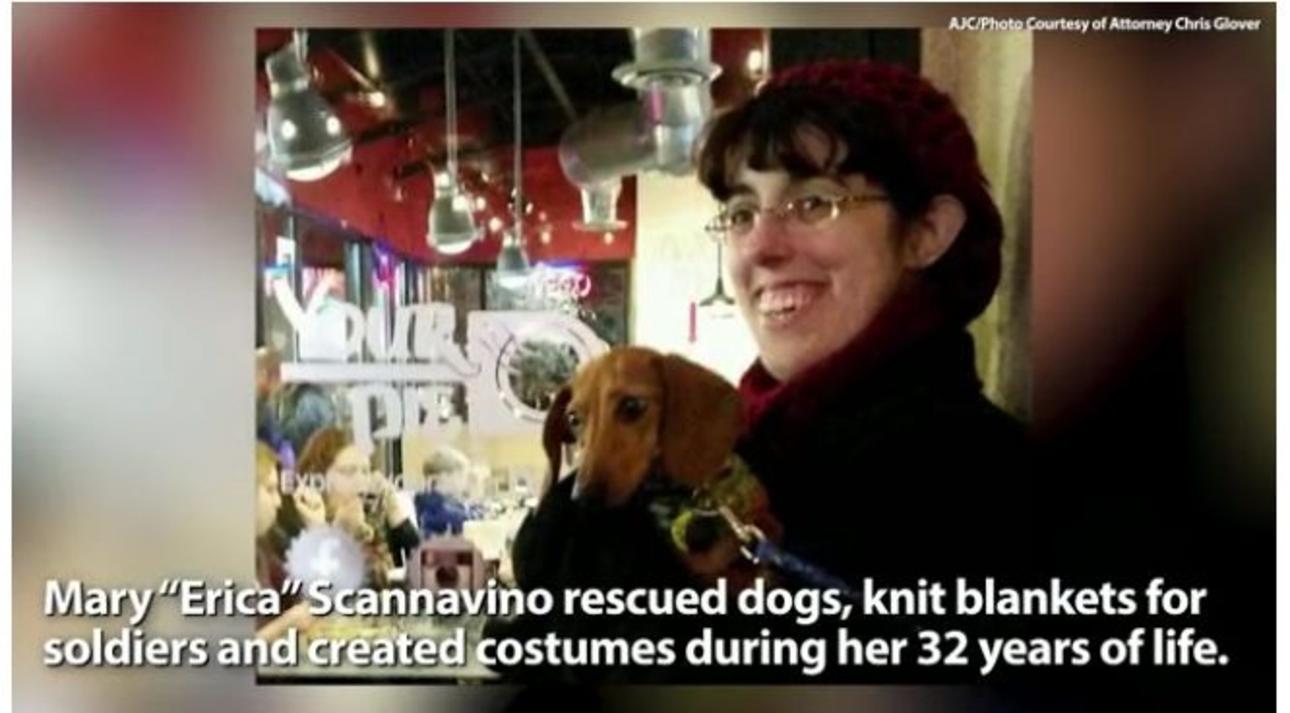 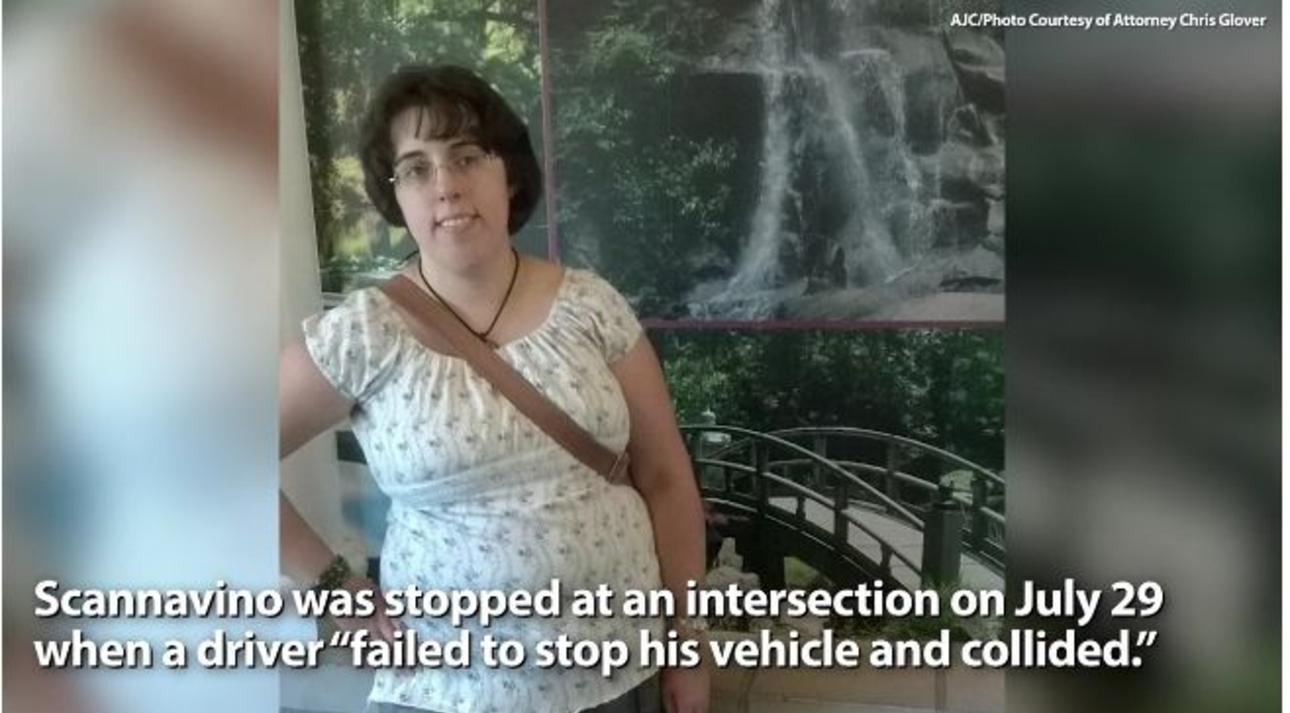 AND NOW...our evidence e mail's that prove we warned the Government years ago that this untested trailer hitch system was not going to work.  Like we stated unlike Hiliary Clinton we keep our e-mails. 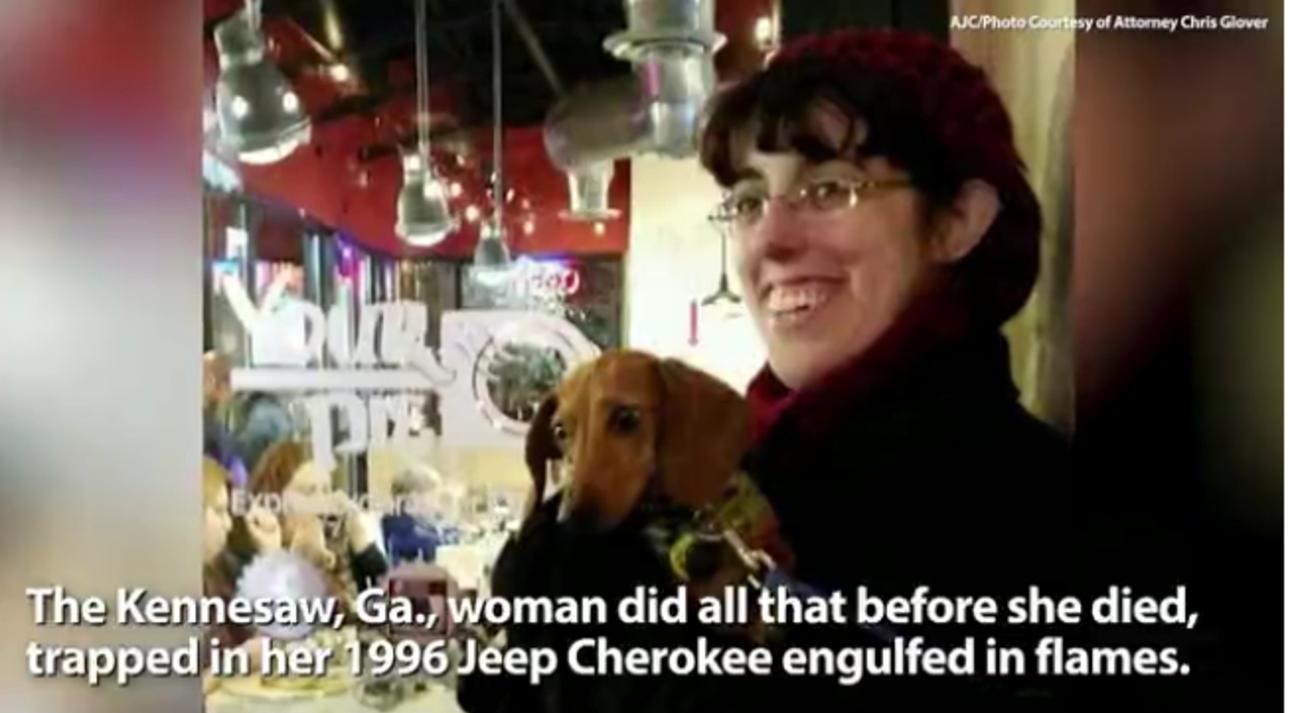 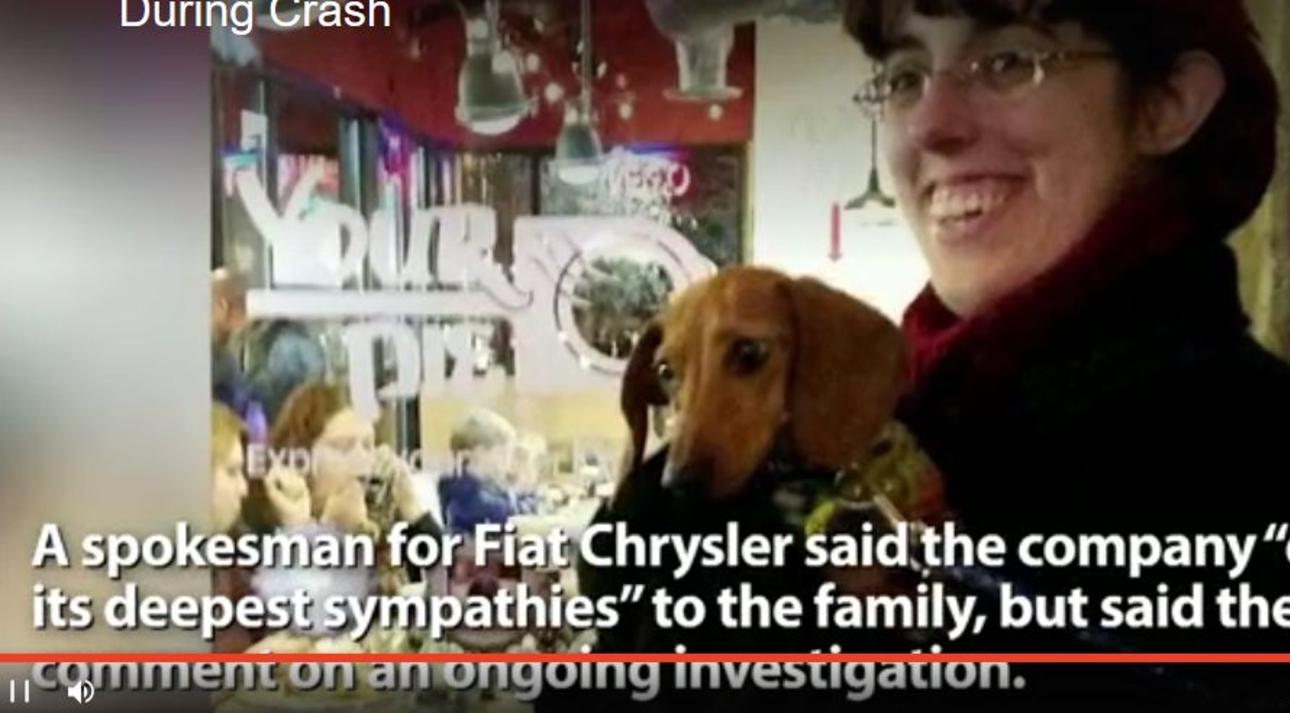 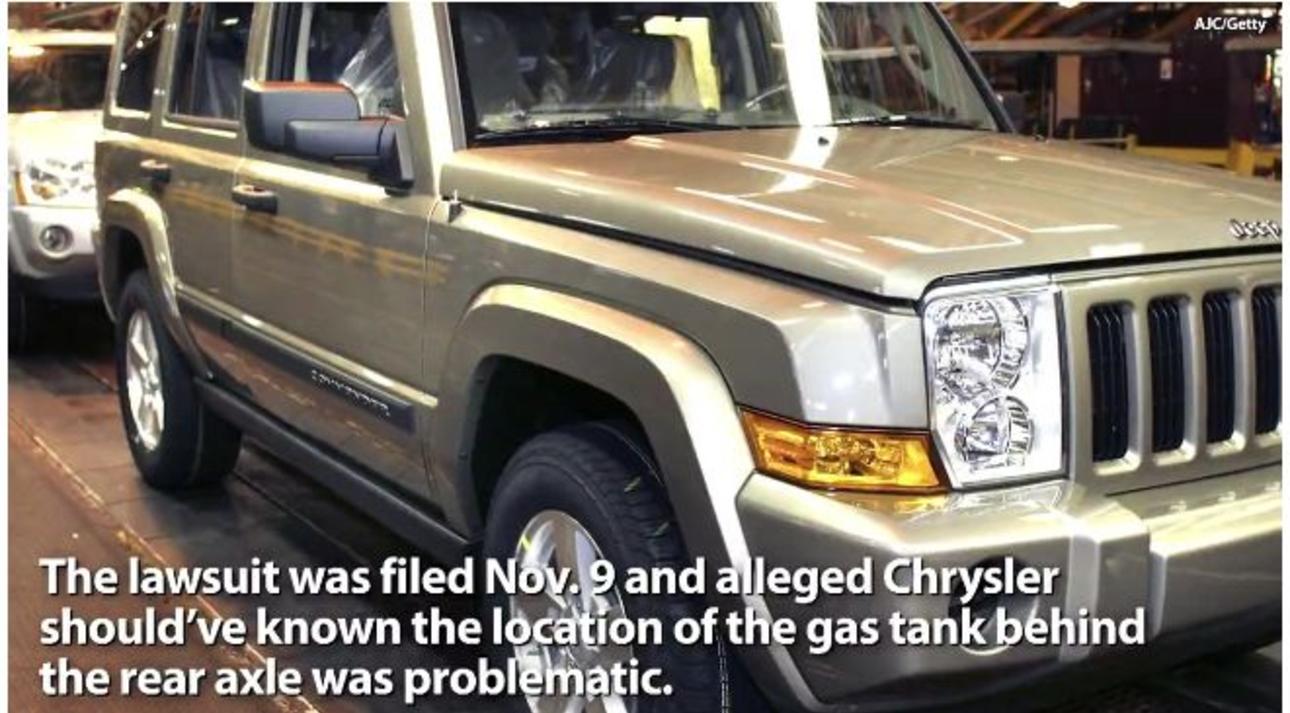 All after market products are never tested....to a National Standard benchmark.   On this page we will present convincing evidence that the Utility Trailer Lobby, NHTSA and Our Government Safety Officials has ignored our facts and evidence.  We note this quote from the law firm....it is our quote we stated over 15 years ago!

"All After Market Products Are Built To A Self Certification System"

Her family is suing Chrysler, along with the manufacturer of an after-market hitch on the Jeep and the driver of the car that rear-ended her. This.....happened before... MaGee Verses GM  Click The Button