I am an avid camper, but when it comes to towing, I do not know if I would have the courage like this person did to see that camping trip through. Kudos to you, and who knows maybe I will see you camping next to me somewhere.

Needed To Make A Quick Stop At Ikea

I used to have a Scion xB, which my wife hated. We hauled everything we could in that vehicle. We lived in LA and so to have a huge truck was totally impractical at the time. The xB afforded us the the option to be able to haul larger items as needed. 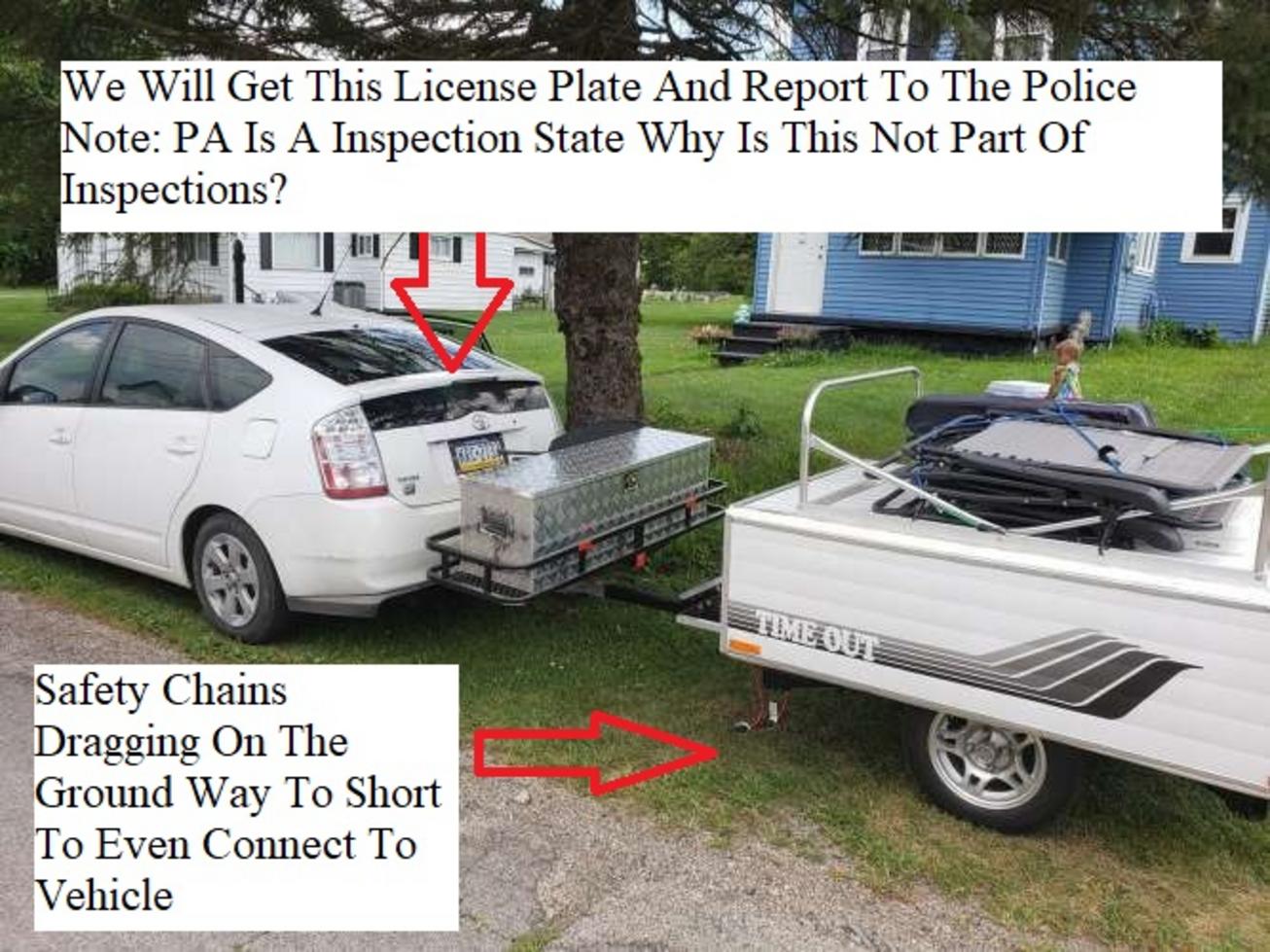 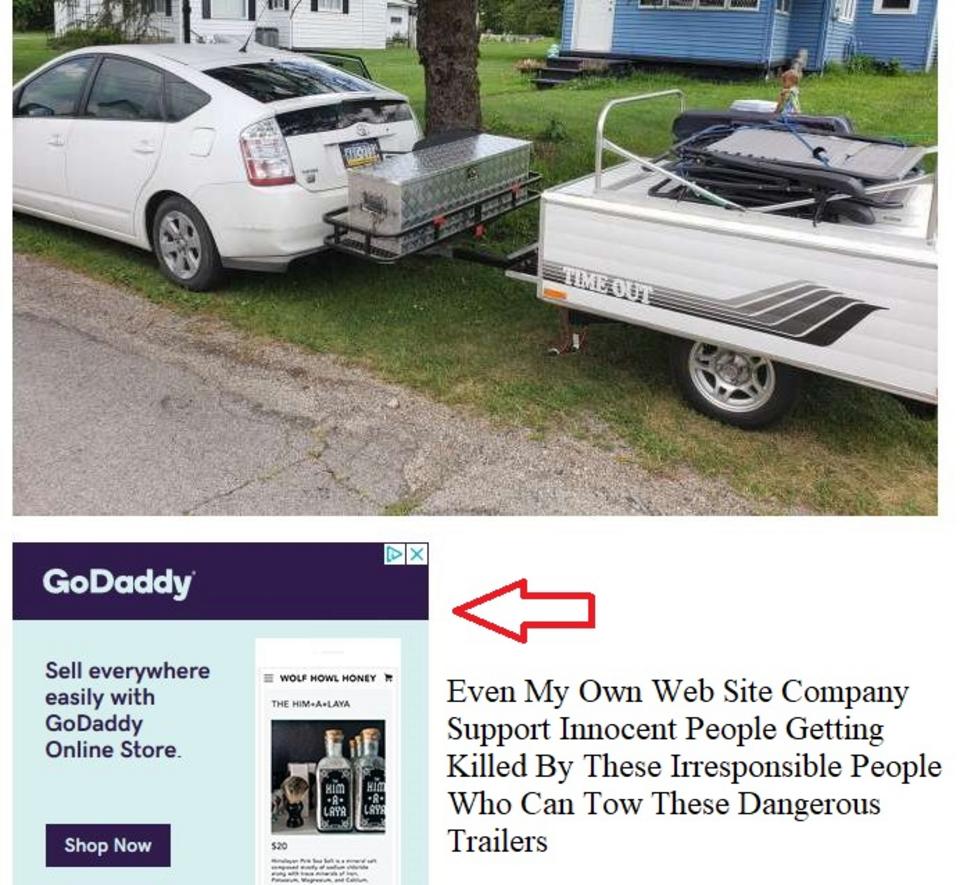 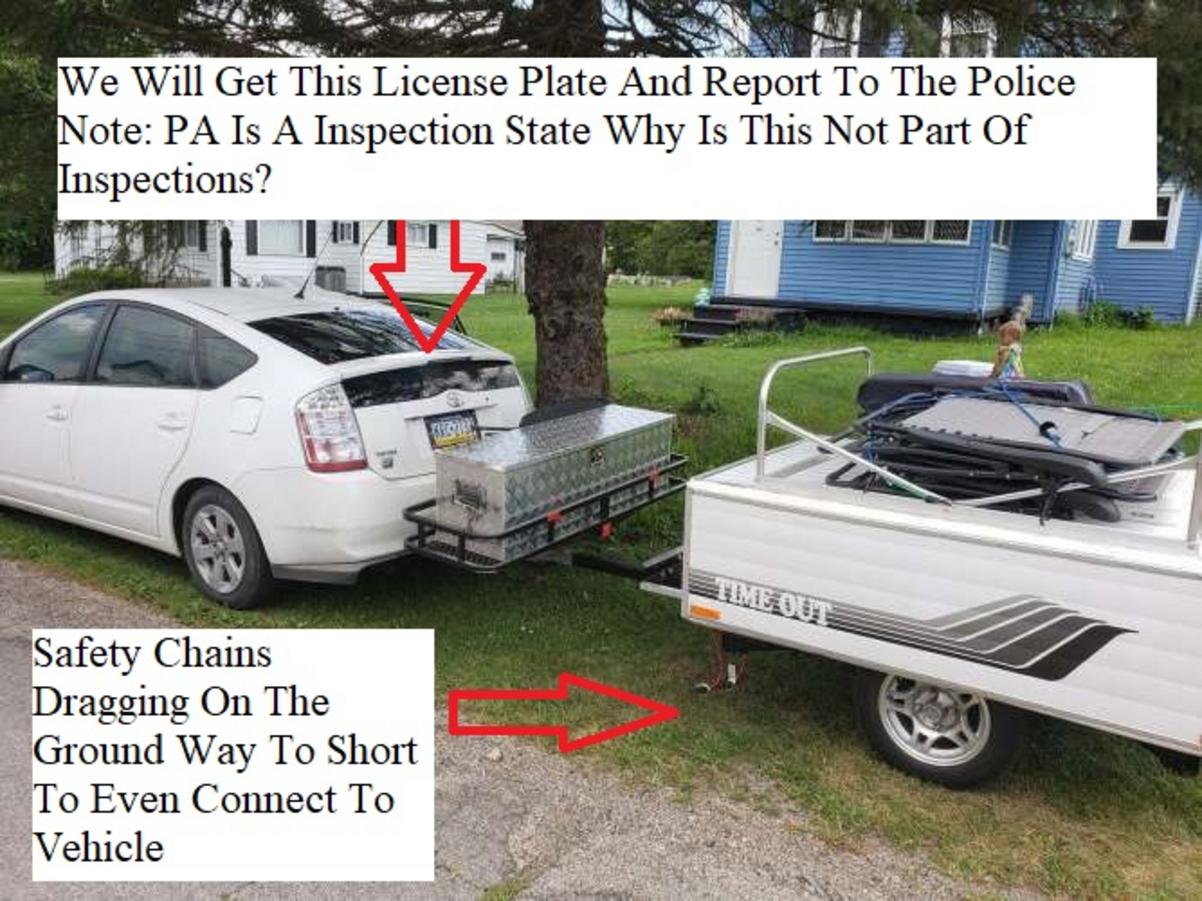 Now that I own a Prius, I can honestly say it has some serious cargo space. Fold the seats down and you can sleep in it. You can also haul like this person did, all your new DIY furniture from Ikea. Well played.

My Prius Can Haul Your Broken Chevrolet

This is by far the best one I have seen yet. Thank you to whomever did the video on this and then thank you to Brooklyn R. for screenshotting this one.

I love a good Toyota Vs Chevrolet story and this one takes the cake. Haters will say that the Prius is just a weak excuse for a car and that every red blooded American should drive huge gas guzzling V8, like a Chevrolet Tahoe. This particular picture epitomizes some serious controversy between Toyota guys and Chevy Guys.

This was a great story. I really enjoyed seeing the crazy things that people have used their Prius for. I hope that I can cover another one like this in the future with some even stranger things (great show by the way) that come up. Have a great weekend everyone. Be sure to check out my favorite 3rd gen accessory right now which is the Nimbus Phone Mount, found on Amazon.

Check out my other story Why the first generation Prius is better than either generation Nissan Leaf.

I have to give this person some serious credit for not taking no for an answer. I would have done the same thing honestly, if I wanted to go to the lake that bad. Who knew Prius cargo space was such a life hack? Thank you Kurtis B for the pic. By the way, this Prius had 400,000 miles on it.

I Used My Prius To Move Away To College

This is pretty on par with the jet ski one. I can only think of one time when this would be acceptable, and that is getting free furniture when going away to college. What is so great about this, is Prius handles this couch like champ. Although to be legal they should have probably put an orange or red flag out on the end of it.

Where are the insurance companies on this?

Like we stated since 1975 over 28,000 innocent men, women and children and an additional at least 7,000 horses have all been killed by a "Passenger Vehicle That Is Towing A Trailer"

We ask and demand that our political leaders and law enforcement start to be educated and have a Zero Tolerance policy like they have with seat belts and start to enforce a unified nation wide policy and safety standard on people who tow.

Note: Every Insurance company and almost every state in the United States has totally ignored any safety underwriting on people who tow.

Name me one organization that is trying to address this....name me one insurance company! 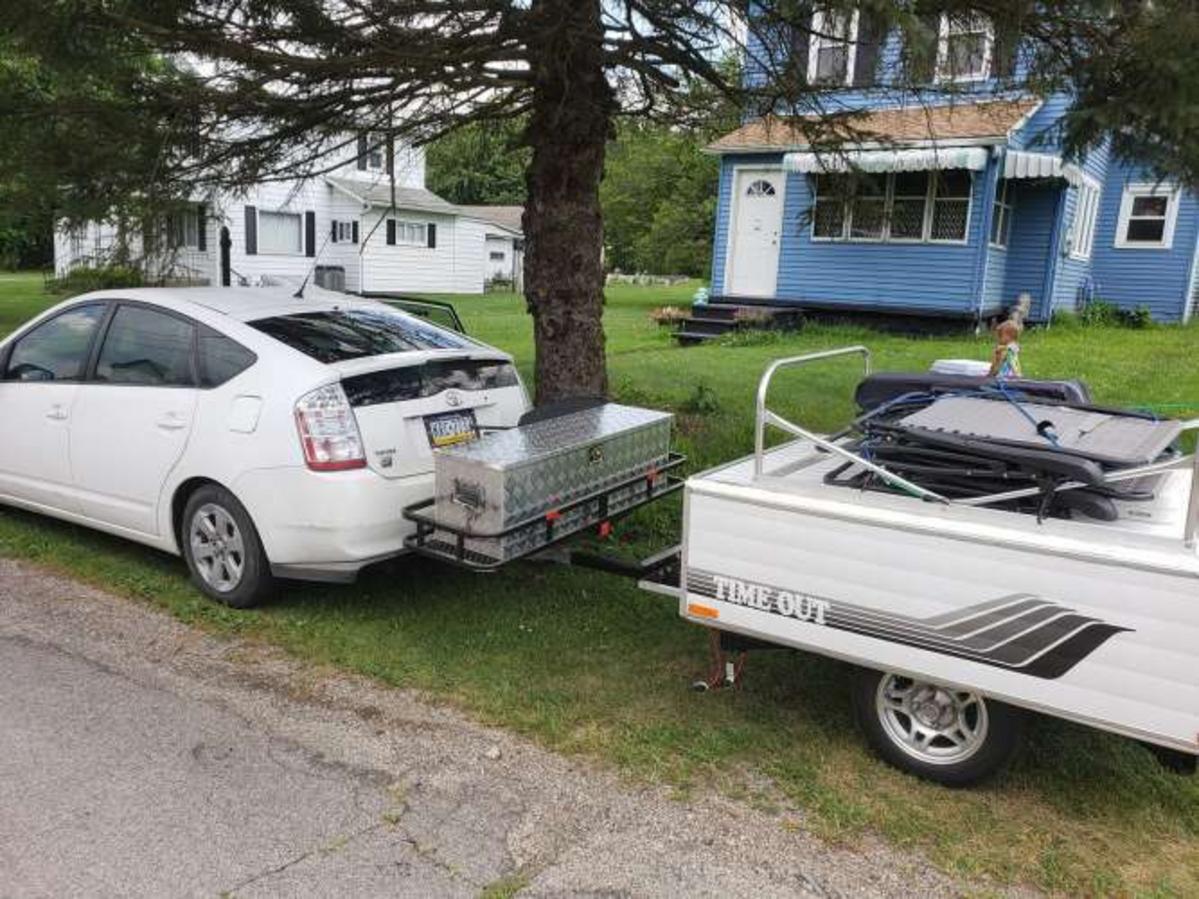 Either way this really shows how solid of a build Prius is. The leverage alone on the end of that thing is incredible. I am glad they made it back in one piece and are now enjoying the couch. Thank you Zack Z for this picture on this one.

This next one comes from Micah F. Not sure if they actually owned a Tundra or not, but hats off to you for making the bold move to tow a camping trailer with your Prius. The 2nd gen Prius has a towing payload of 863 pounds. Make no mistake that is trailer is much heavier than that. Not to mention all the add ons and gear that is packed away. 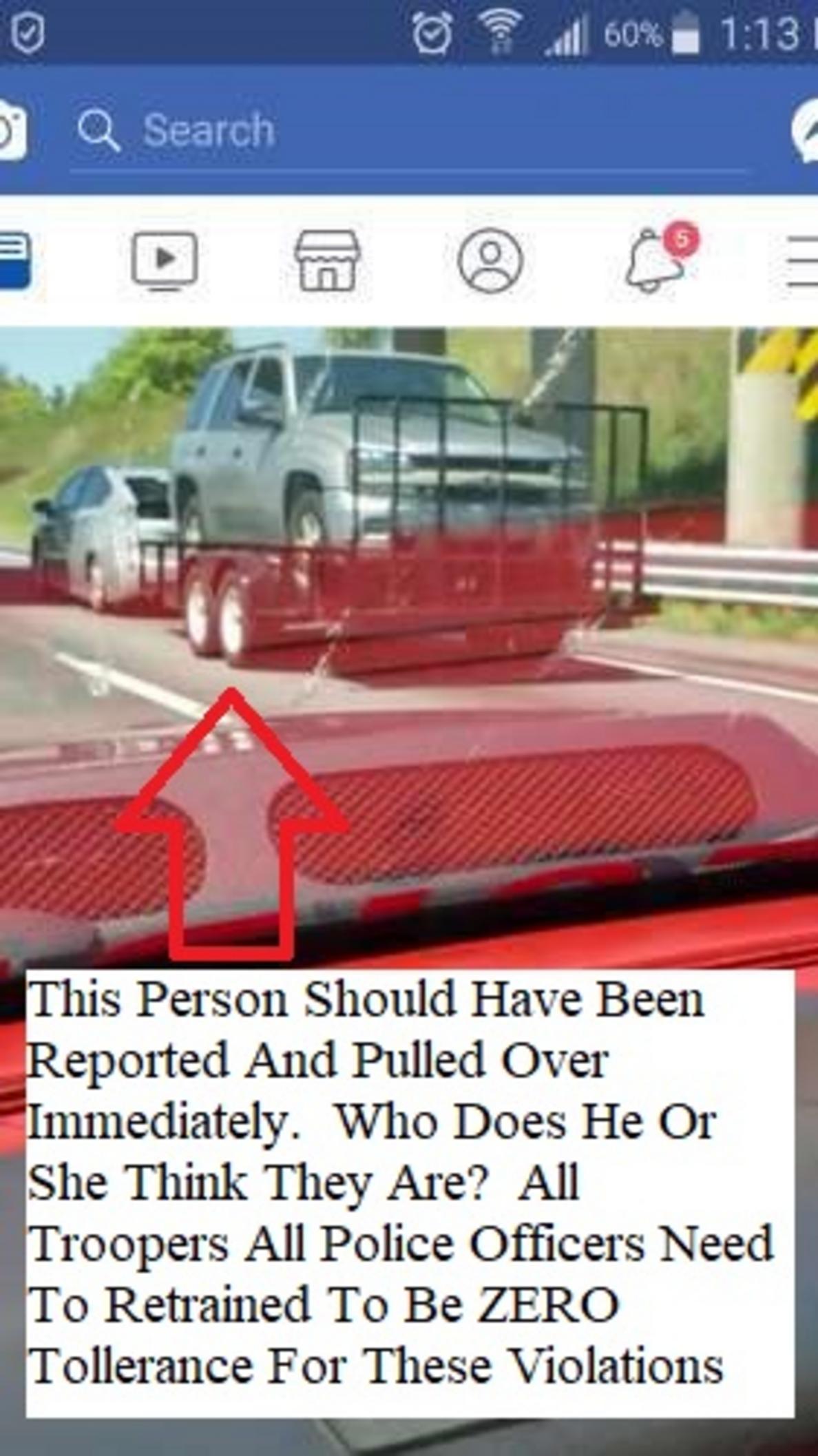 The Top 5 Most Ludacris Things Hauled In A Toyota PriusThe Toyota Prius by itself needs no help getting attention. People mock it, and love it. Some even love it so much they will use it for everything they do. Here are 5 top weird things that people have hauled in their Prius.

I for love looking at memes. One that I see continually is what I like to call the "change my mind" meme. It has some dude sitting behind a table with a sign that has some crazy statement on it and it says change my mind.

Before I dive in and make a meme, I want to say that I think the Toyota Prius is one heck of a versatile vehicle. I have seen some crazy stuff people have hauled in them and wondered how in the world they do manage. I even saw a video of a 3rd gen Prius towing a car hauler trailer with a Chev Tahoe on it. Wow.

So, here is my statement. The Toyota Prius is the most versatile vehicle that also gets the best gas mileage. Change my mind.

My Toyota Prius Can Haul A Jet Ski

When I saw this one, I thought about how strong willed this person is. Think about it, on a hot summer day, you want to hit the lake with your buddies and take out the jet ski you just fixed. No truck, no trailer, no problem. Just toss it in the back of the ol' Prius and head on out. 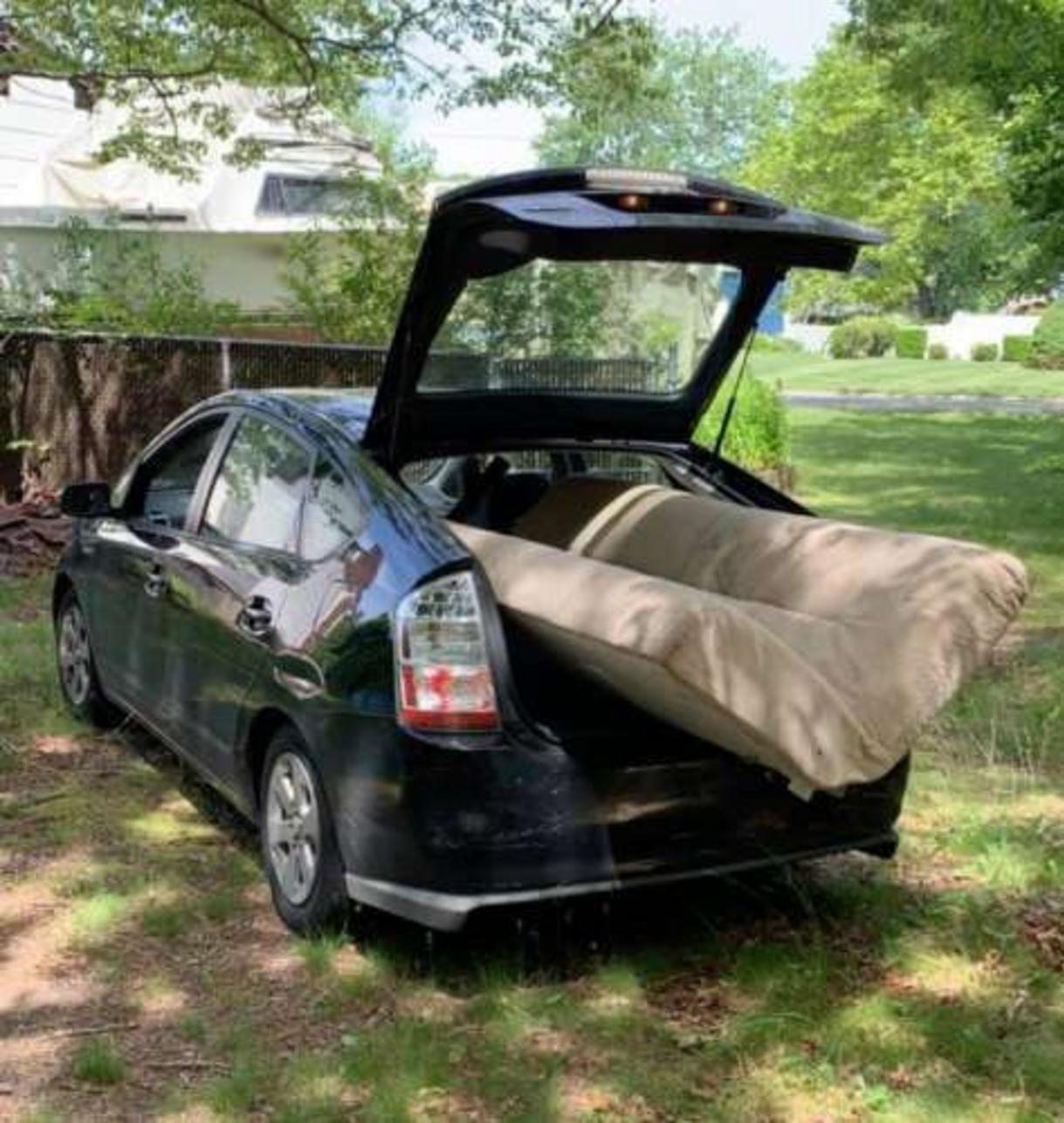 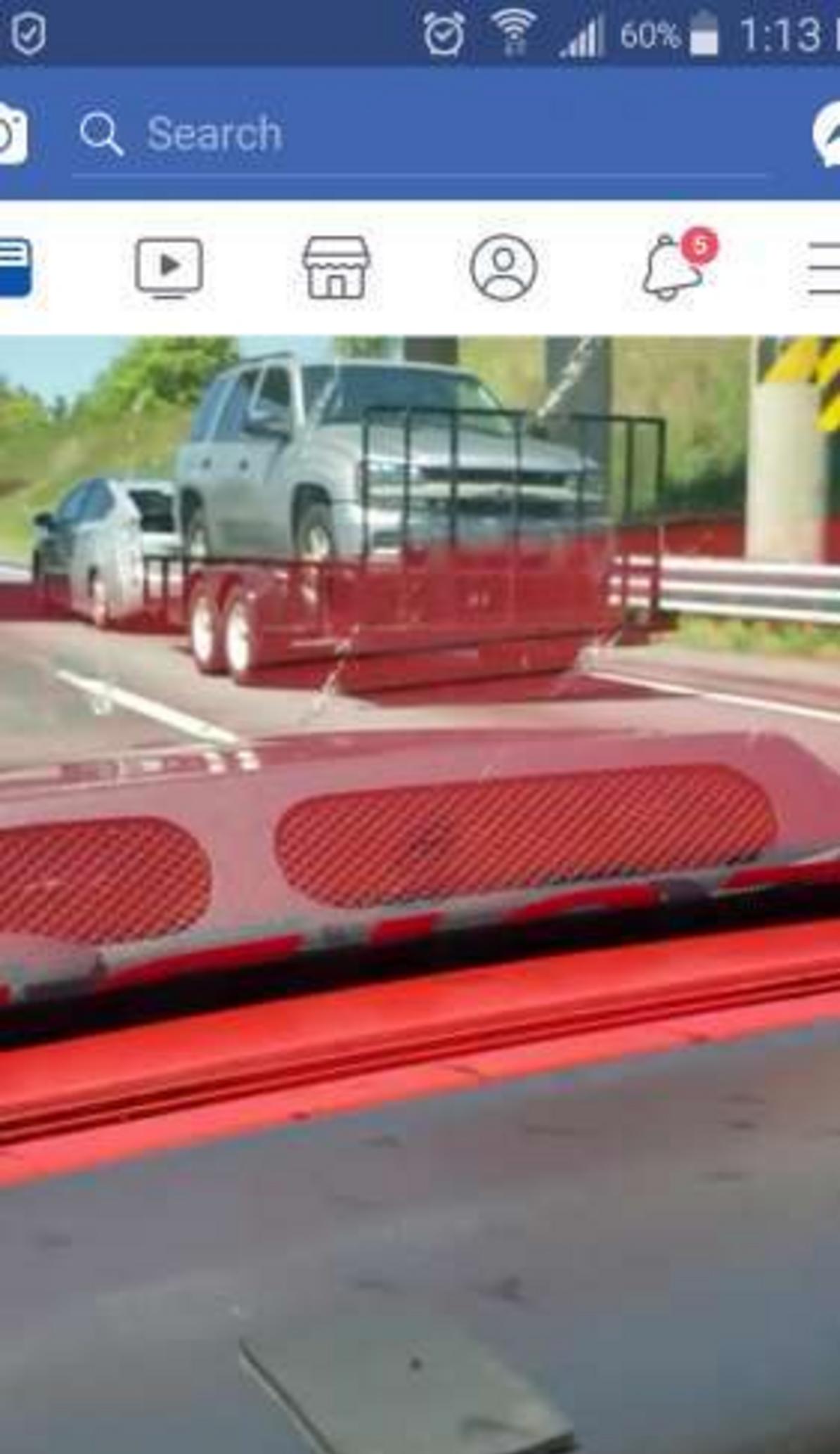 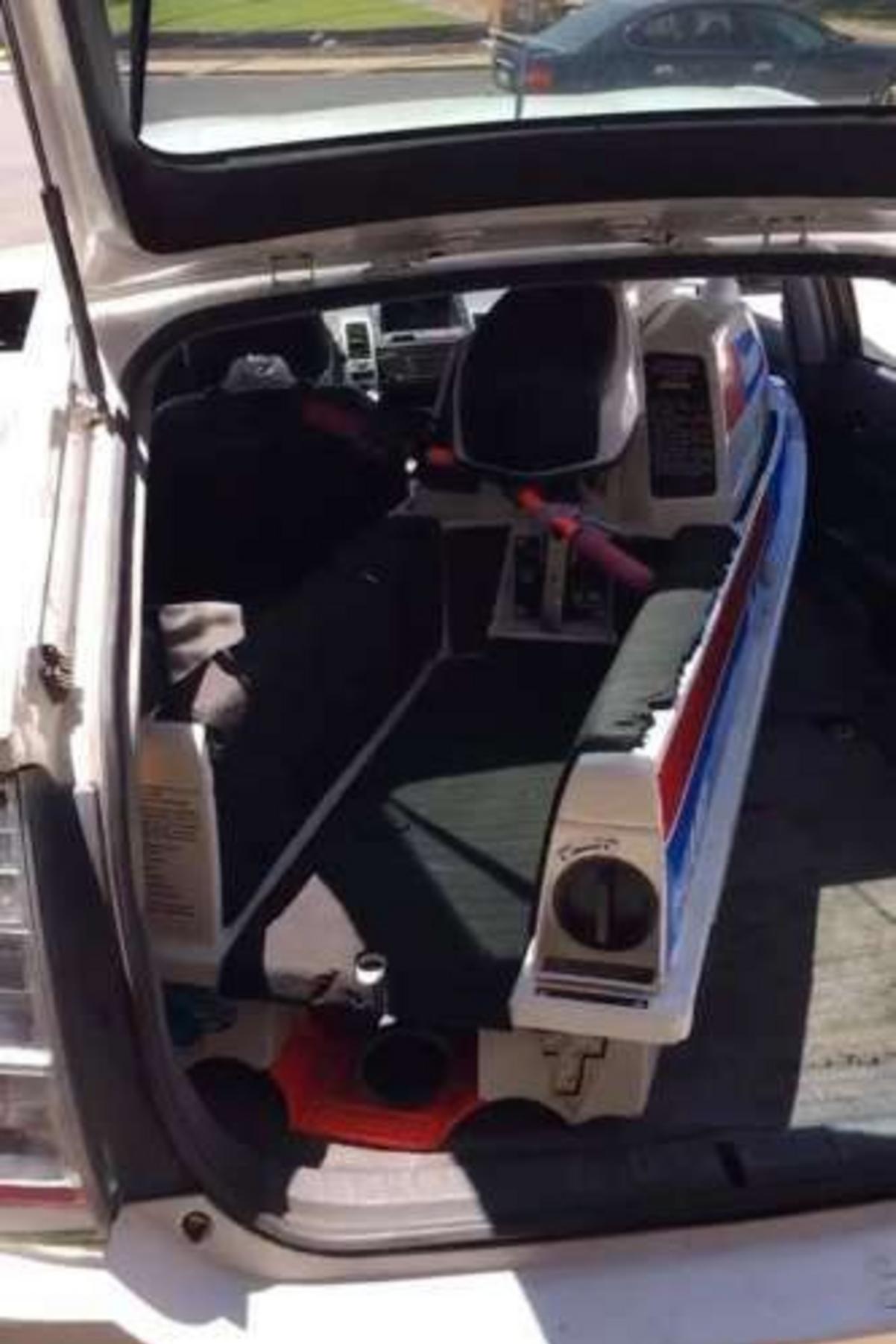 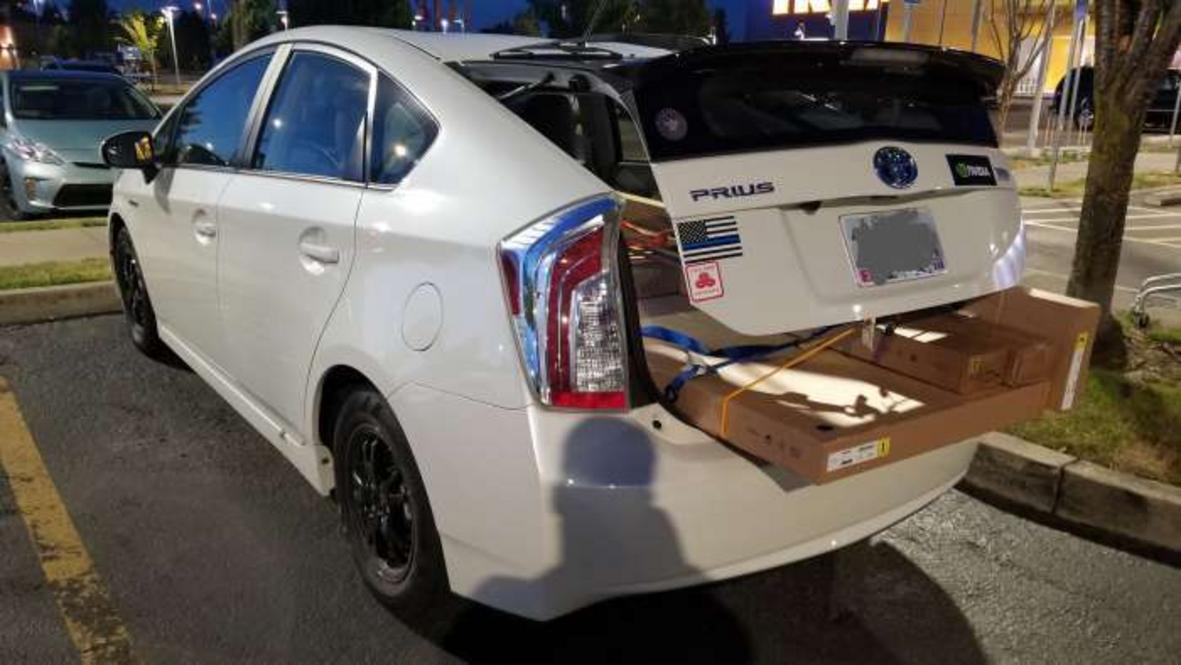