A Manteca man was killed when he apparently rode his bicycle between a pickup truck and a boat trailer before being run over by the trailer.
GLENN KAHL/The Bulletin

The Issue here is the person riding the bike did not see the trailer.  He assumed that the pick up was not towing anything and he simply rode his bike into the trailer and was crushed. 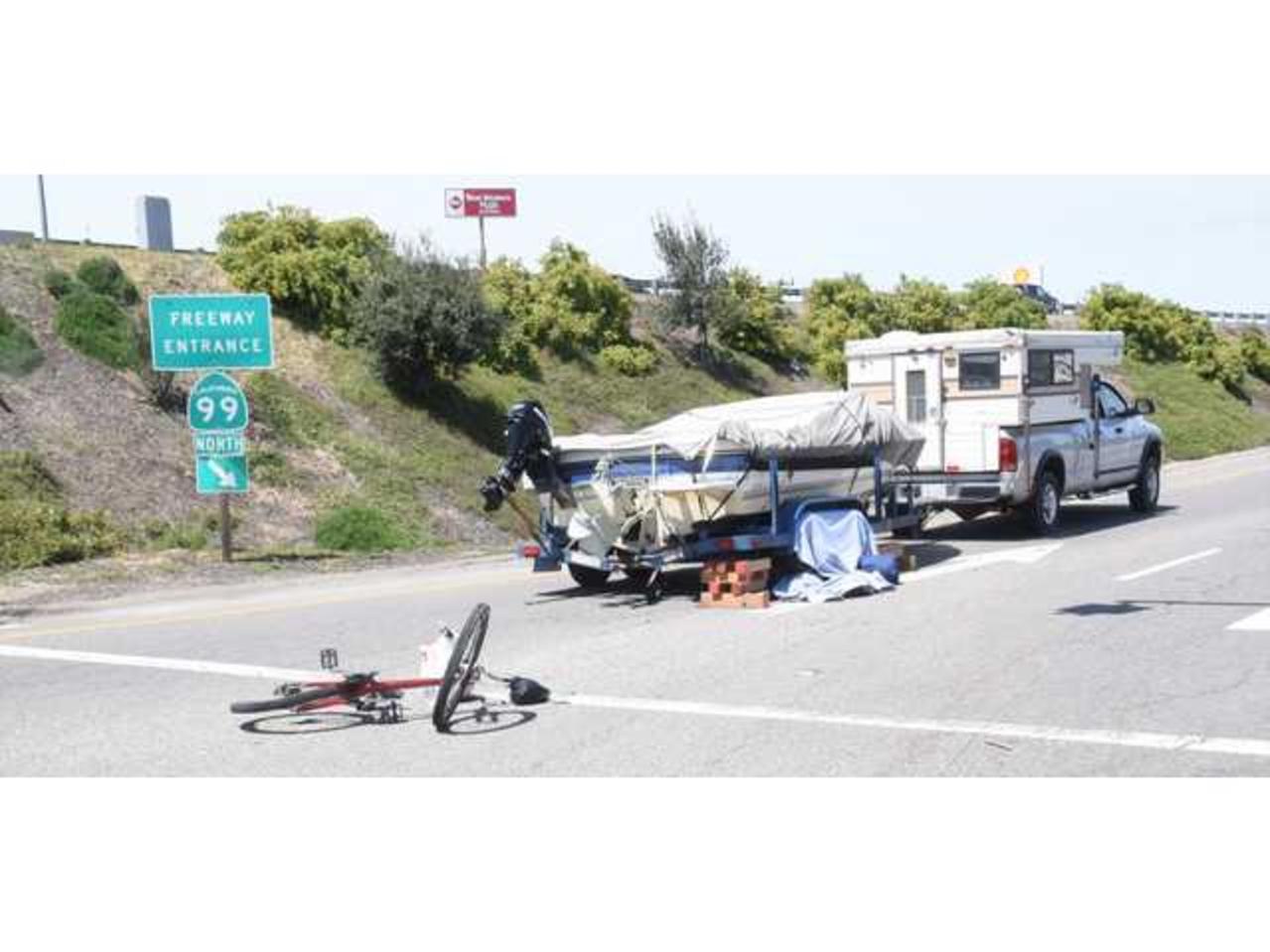 Click Here To Be
Taken To The Original
Publication

A bicyclist riding along Yosemite Avenue into traffic turning onto the northbound Highway 99 on ramp shortly before 11 a.m. Sunday rode directly into the rear of a pickup truck pulling a boat trailer and was killed after he fell under the wheels of the trailer.

A motorist from Elk Grove returning from a weekend at Yosemite National Park witnessed the crash as she was making a right turn from Yosemite Avenue onto the ramp.

The Manteca man, who police declined to identify until his next of kin is contacted, appeared not to even see the vehicle and rode right into it. He carried a plastic shopping bag on his handle bars from the Target Store.

She added that a half-dozen motorists rushed to the man’s aid and attempted to pull him from under the right rear axel and wheel area of the trailer but were unsuccessful in their efforts.

Firefighters arrived on the scene and jacked the trailer up and placed wooden blocks under the trailer but did not remove the body after discovering he was dead. They then waited for the arrival of the coroner.

Manteca Police officers cordoned off the area and began their investigation closing the area to foot and motor traffic. Officers noted the bicycle was outside the crosswalk area when it was hit and then was dragged into the crosswalk after the incident.

Traffic was unable to use the northbound ramp for some three hours until the investigation was completed.