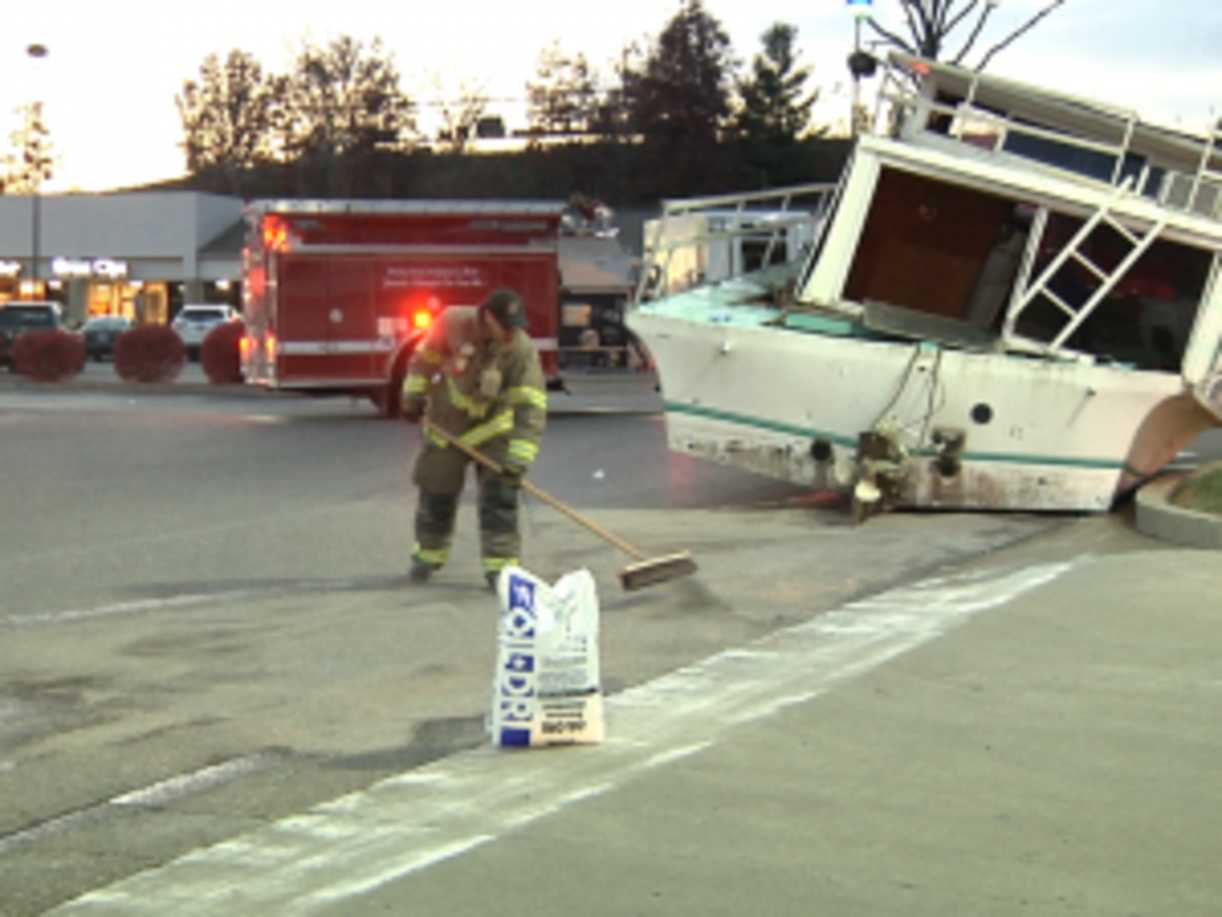 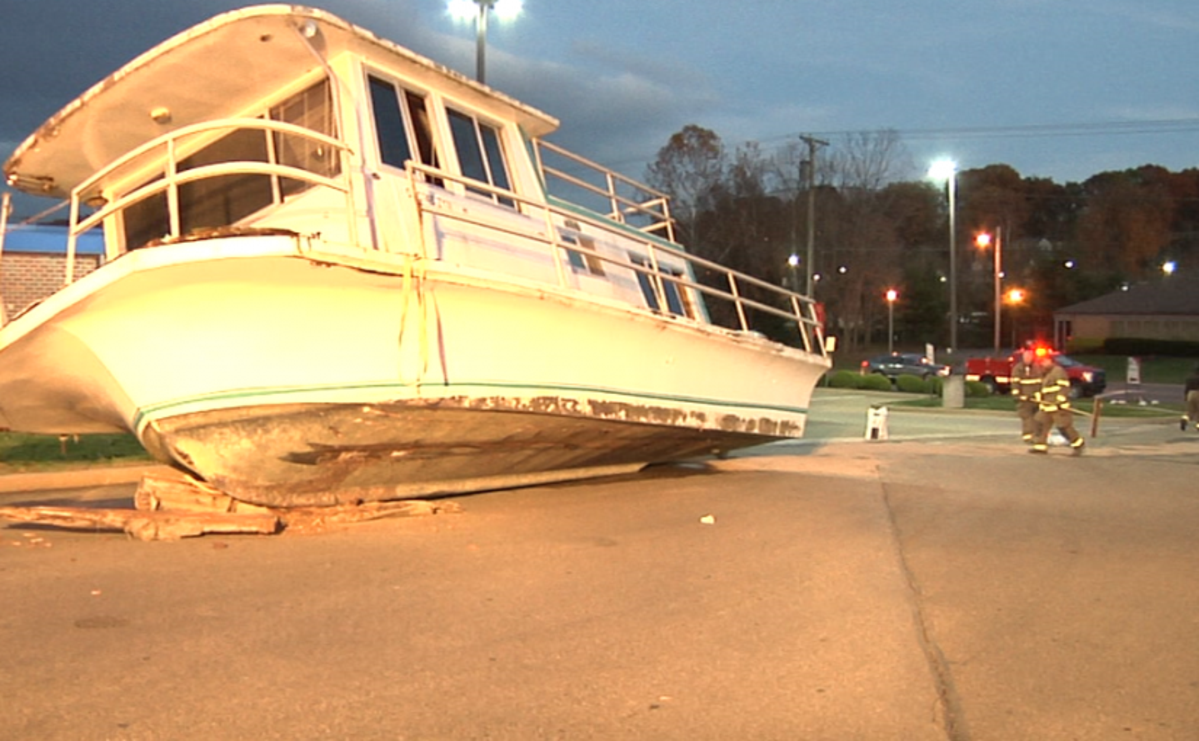 SOUTH ZANESVILLE, Ohio – One lane is shut down on U.S. 22 South Zanesville after a boat fell from a truck.

According to South Zanesville Fire Chief Russell Taylor a boat was being transported on the back of a truck trailer, when it tipped off and fell onto U.S. 22 in front of the Sheetz Gas Station.

“He drug it up into the parking lot in the process, ruptured a whole in the bottom of it,” Taylor said. “It is approximately 1,000 gallons of water mixed with oil and fuel in it. It’s running down U.S. 22 and in the parking lot [between Sheetz Gas Station and Huntington Bank] and we’re in the process of trying to get it stopped.”

Taylor said one lane of U.S. 22 will remain closed until the oil and fuel mix can be cleaned. The South Zanesville Fire Department will remove the boat from the parking lot between Sheetz Gas Station and Huntington Bank as soon as they can. At this time the name of the driver has not been released, no injuries were reported, and the investigation is still underway.Post Views: 47