We Got This Letter:

Hello, This was my mother....I happen to come across your site while searching records of the accident.  I just wanted to reach out and at least thank you for taking notice of this tragedy.   There has been NO MOVEMENT in the case at all either, this man still walks free after basically MURDERING my mother.  Also this man HAD NO INSURANCE.  I am not really sure what else to say but I just wanted to share those details with you.   Thank You.

Then Why Is This Man Building Homemade Trailers In Ohio?  The person above was on Ohio 159 she was killed by a "homemade trailer"  See a pattern? 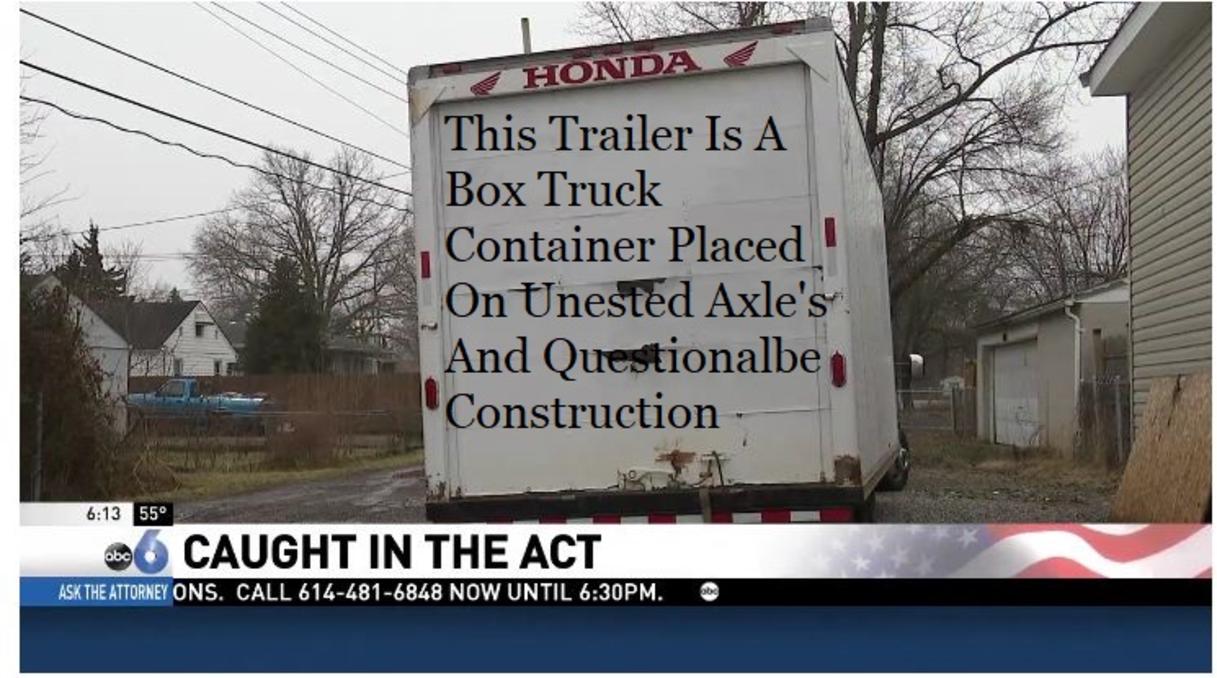 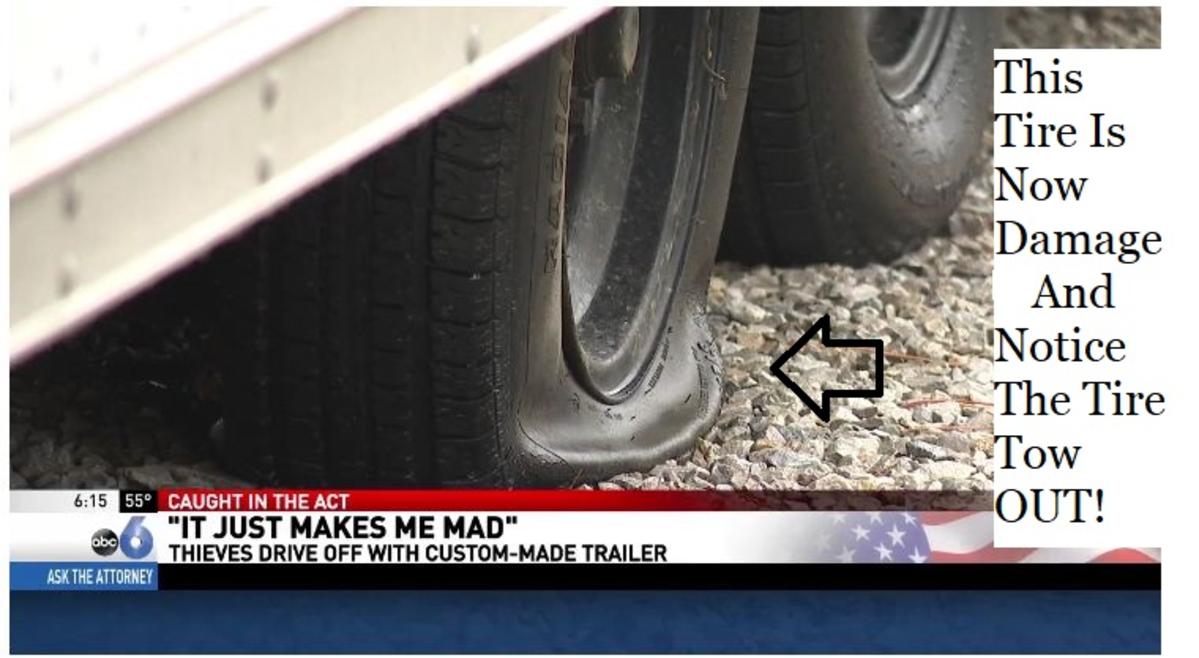 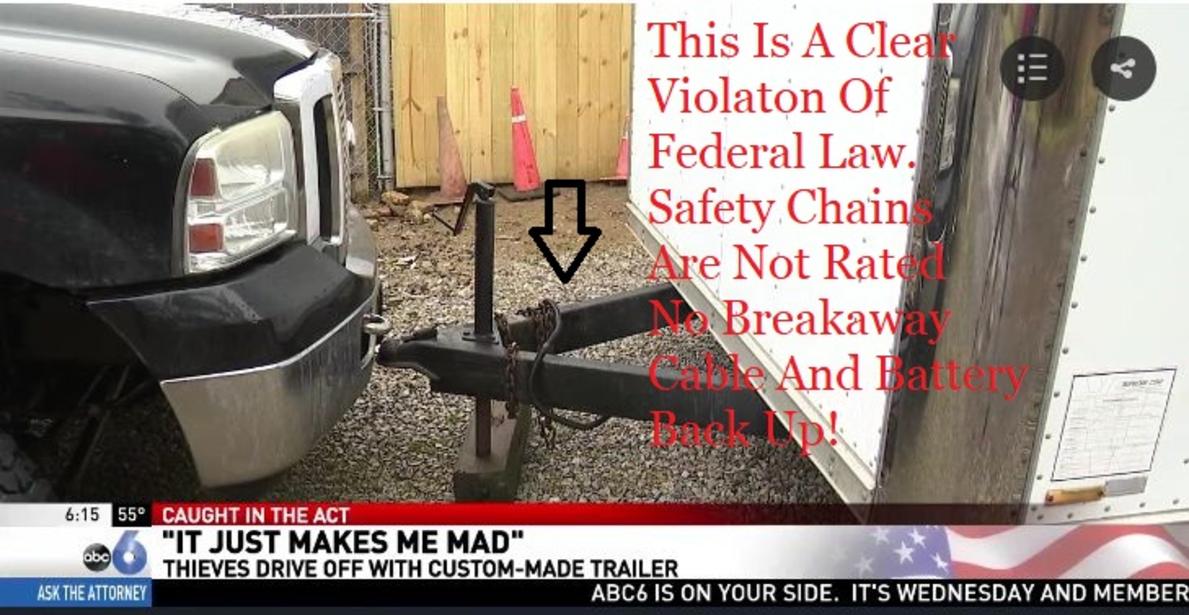 Why Was Judy Bynum Killed By A Loose Homemade Trailer?  Click Here

COLUMBUS, Ohio — A West Columbus man turns to ABC 6/FOX 28 to help find suspected crooks who drove off with a home-made trailer last week worth thousands of dollars.

"The police are overwhelmed, they can't keep up," said Matt McDade, "So I figured I would contact you, more people are going to see your program."Matt says his home surveillance camera captured a pick-up truck that appears to be a Ford F-150, park in front of his trailer he built with a friend to store an ATV, tools, and equipment.

Minutes later the trailer is towed away.

"It just makes me mad," said McDade, "that somebody steals the stuff you work hard for, and they just take it."


While the custom-made trailer is back home, McDade still hoping someone picks up the phone and identifies the creeps who drove off with his property.

"If I find out who you are," said McDade, "you won't be stealing anything else, I guarantee it." 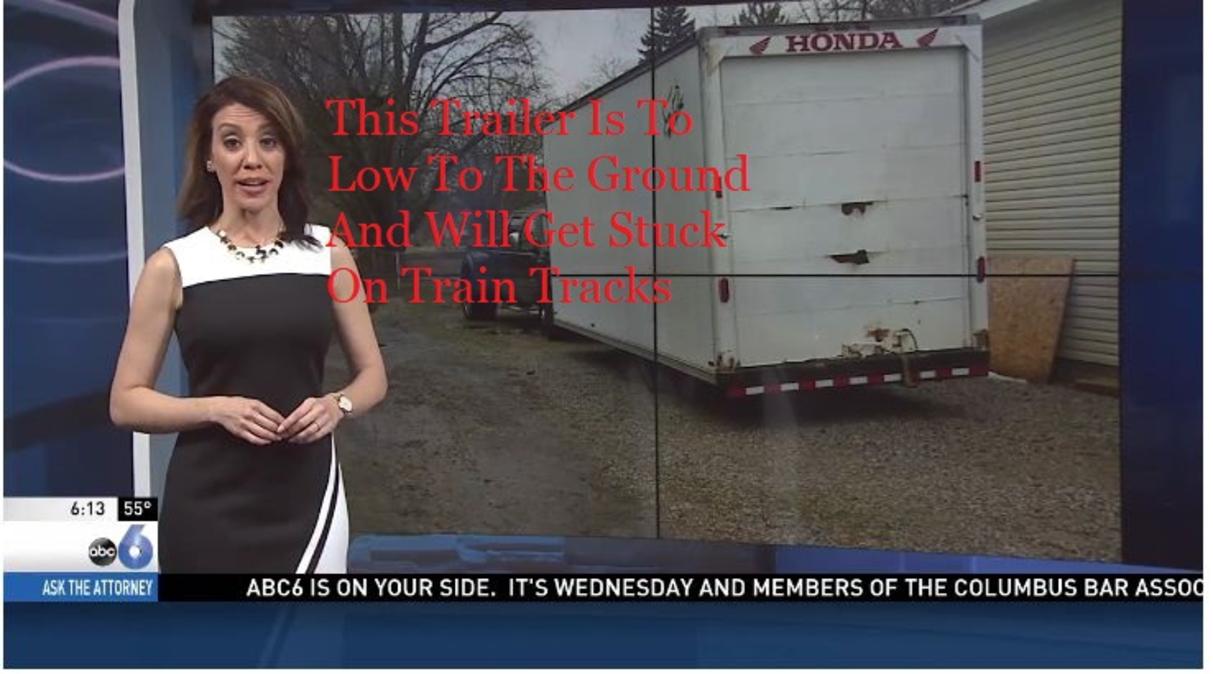 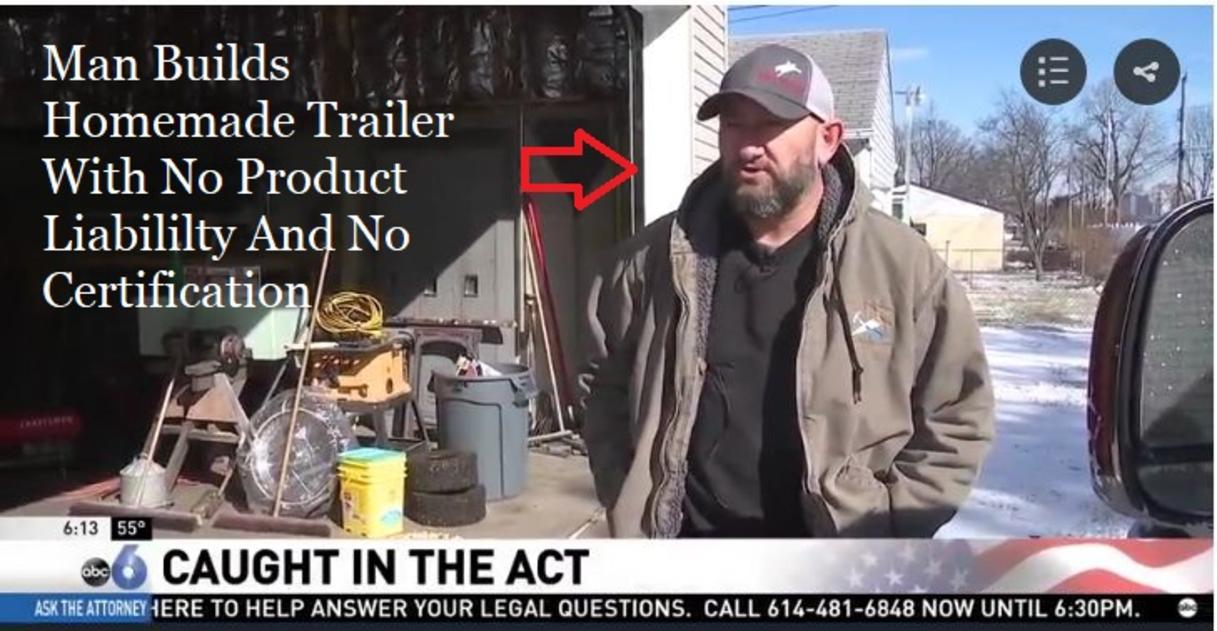