Runaway caravan REVERSE PARKS itself while being chased down by its panicking owners after coming loose on a hill (...and it doesn't even make a scratch on the other vehicles!)

Van comes loose while being towed up a hill and quickly starts to pick up pace
But instead of crashing, the caravan follows the curve of the road
It then safely comes to a halt in a designated parking space in Marseilles, France

By Scott Campbell For Mailonline

This incredible footage shows a runaway caravan rolling down a hill before perfectly parking itself - without hitting any other vehicles.

In the clip, the van comes loose while being towed up the hill and starts to pick up pace as gravity takes control.

But instead of crashing into buildings or vehicles, the caravan follows the curve of the road, passes through a gate, and comes safely to a stop in a designated parking space.

The remarkable footage, caught on CCTV in the south of France on August 10, then shows the panicked owners of the vehicle sprinting after it.

A family were driving away from the Luberon Monts de Vaucluse campsite, in Cavaillon, near Marseilles, when the incident happened.

The caravan was not attached properly and a speed bump caused it to unhitch and speed down the road backwards.

The video shows a silver car towing a small white caravan from the carpark of the campsite area.

The estate car and camper manage to make it through the barriers with no issues, but as they get to the top of a small road hump at the exit, chaos ensues.

The silver car doesn't have any trouble clearing the speed bump, but the caravan does not fair as well.

It doesn't make it over, and instead careers backwards towards a car park full of other vehicles.

Jack McDermott said: 'That was lucky not to smash into anything.'

Dave Hagan added: 'Wow, if that ever happened you couldn't ask for a better outcome. So very lucky.'

Other social media users joked that the caravans self-parking was better than their own.

Amanda Ankers commented: 'I couldn't have done that as well if the car was attached.' 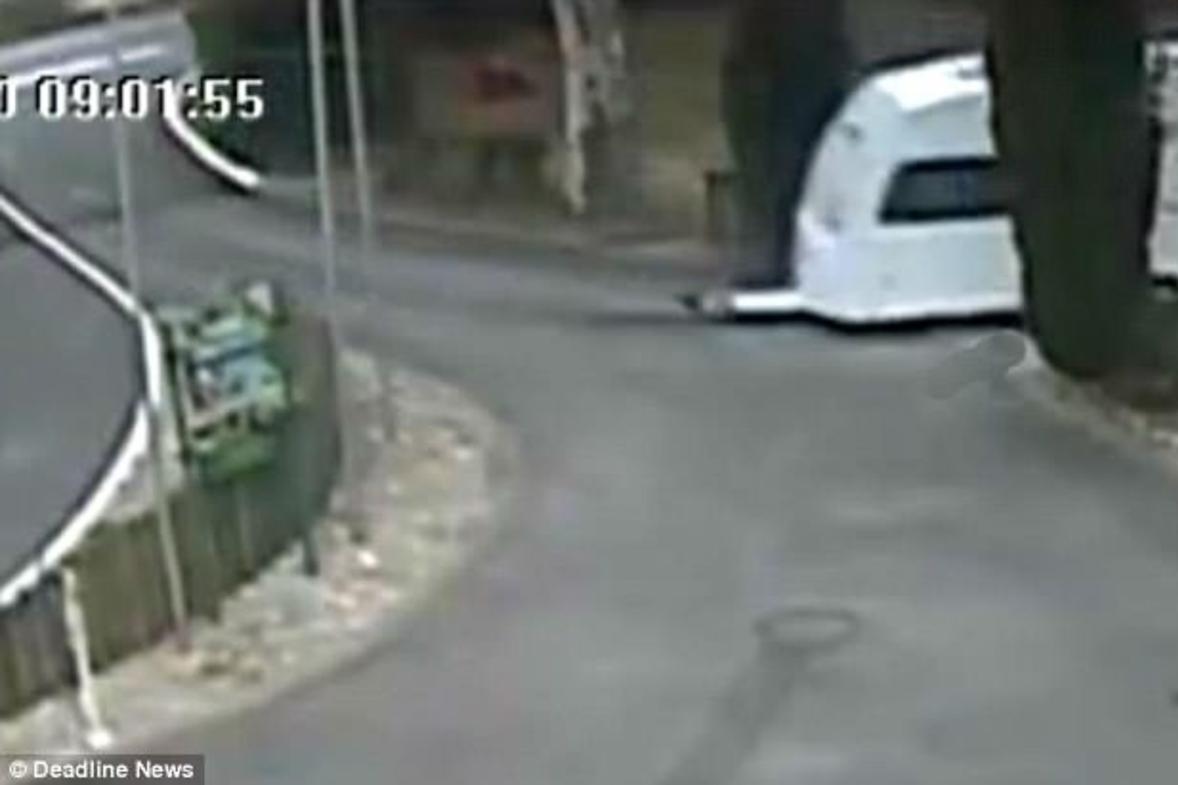 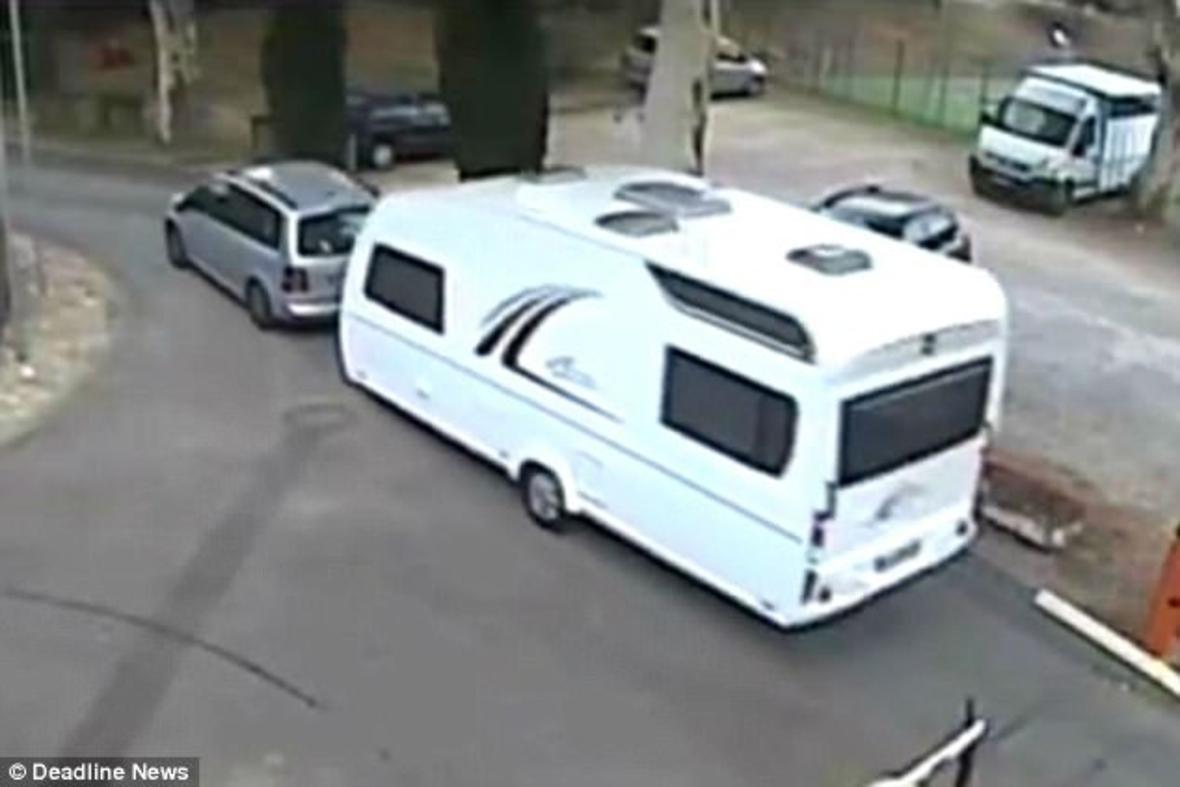