Officials say a trailer carrying a car detached from its truck and crashed into the back Fresh Start Neighborhood Market on Elk Vale Rd. just before 2:30 p.m. The crash caused damage to an electrical junction box as well as the gas meter for the business. The collision also caused the vehicle to catch fire.  Smoke that was being pushed by winds approaching 40 miles per hour began to fill the store as well as the adjoining liquor store and casino.  Patrons and employees quickly evacuated the building. No one was injured as a result of the crash or during the evacuation.

Firefighters battled the car and natural gas blaze, but high winds made it difficult to fight. 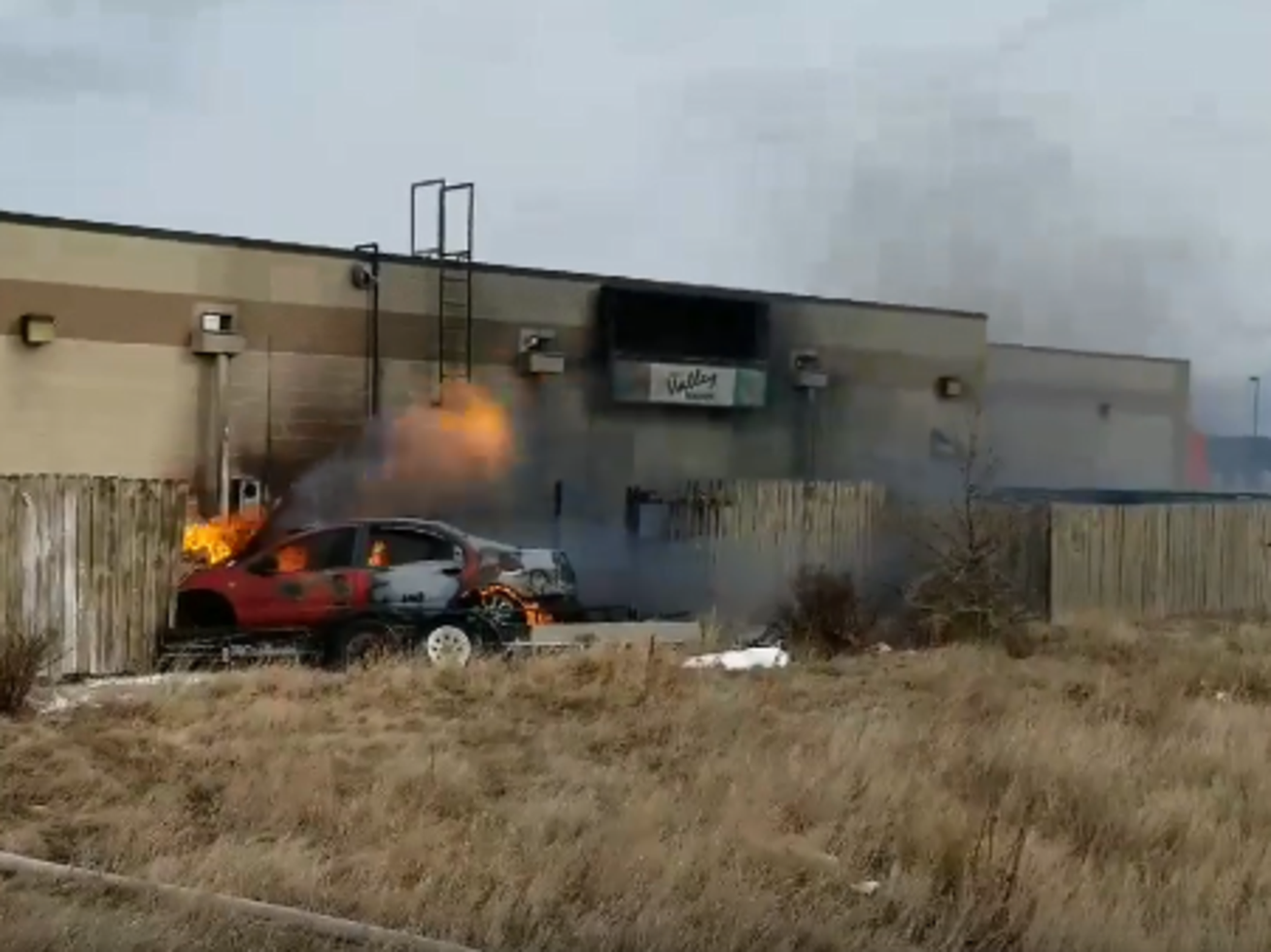 The cause and circumstances surrounding the crash are under investigation by the Rapid City Police Department.

Questions must be asked if only the police investigations stop the coverup.

Was the hitch pin used?

What size ball and what size hitch?

Why didn't the trailer which we can see is a double axle trailer and needed under FEDERAL law.....that trumps state law Right?  But not in California they don't believe in Federal Law should have had a breakaway cable and working secondary breaks.

What inspections on equipment?

So many questions but every time I ask the Police investigations units make life hard for us. 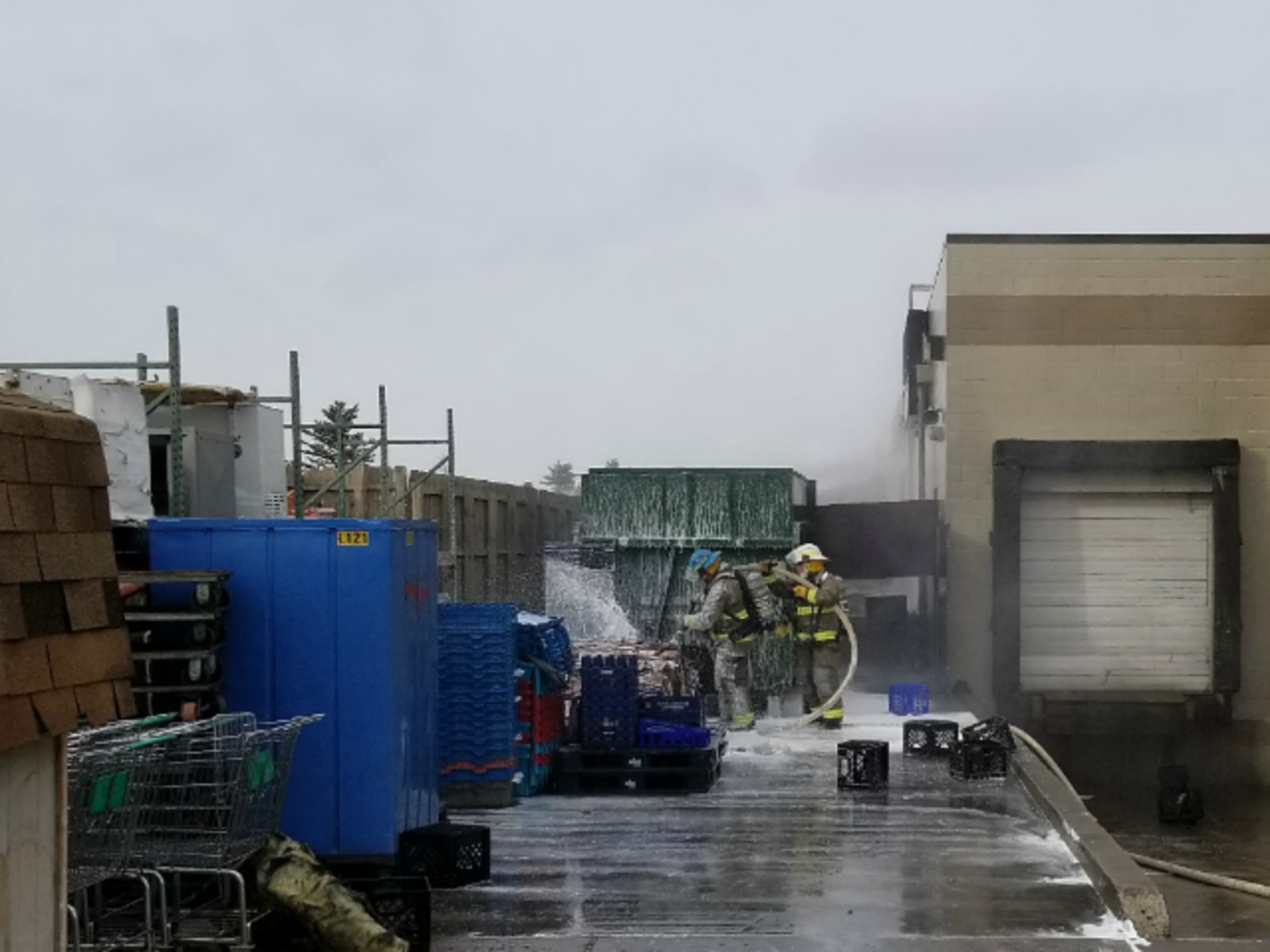 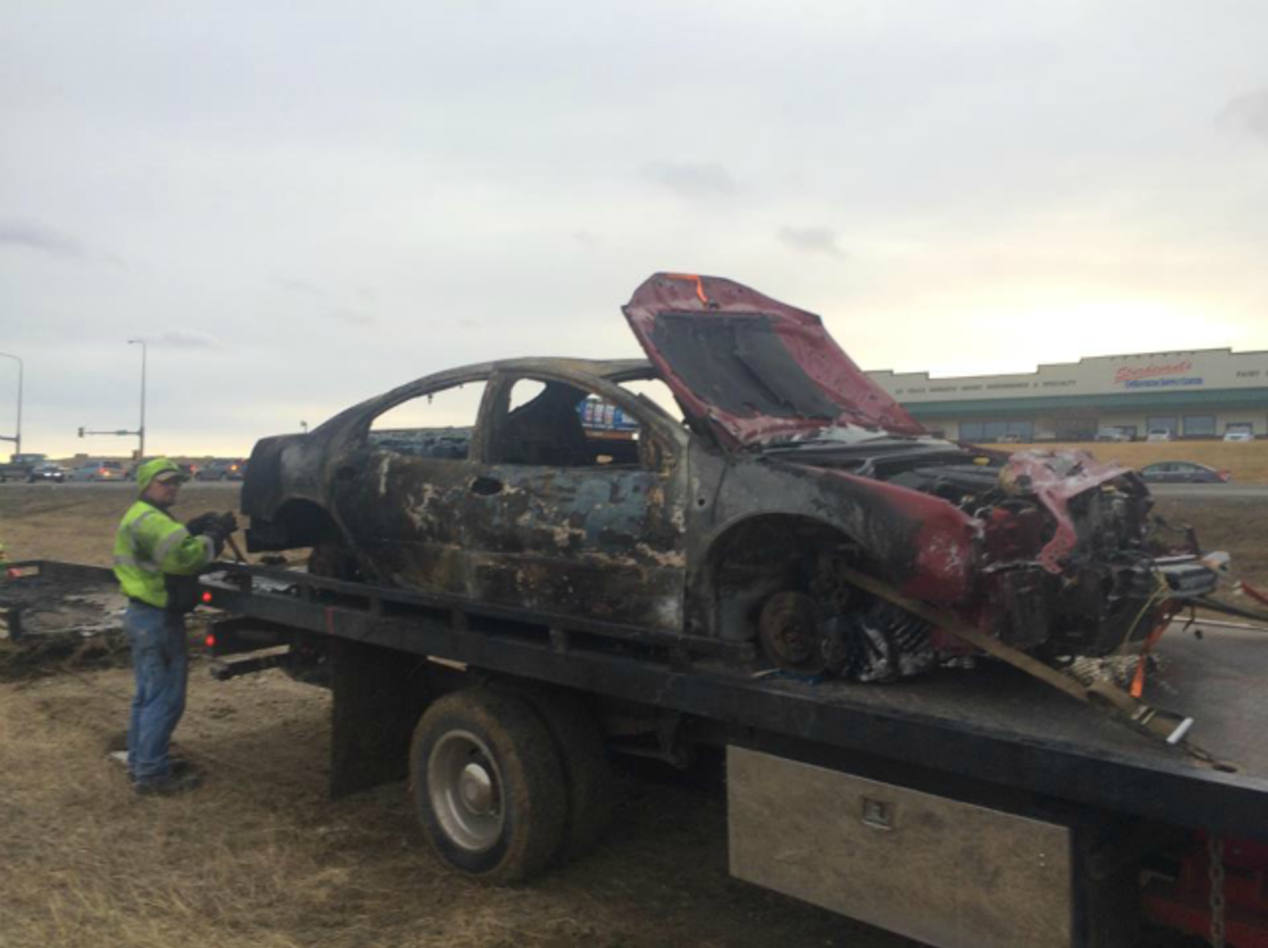 Because of the fire and the damage to the meter, Montana Dakota Utilities was forced to dig underground and clamp the gas line feeding the store in an area to the south of the building. Once the flow of gas was stopped, firefighters were able to extinguish the fire. Once the store was ventilated, it was discovered no fire had extended inside the store. The store, however, did receive some smoke and water damage as a result of the incident.

Strong winds, with gusts over 50 miles per hour, hampered firefighting efforts.  Because of the strong winds, the 100-foot ladder of one apparatus could only be deployed at a low angle.