Our Letter We Sent:

It is heartbreaking that your area has seen the deviation and horrific results of the total lack of parade safety that our organization has been trying to address for over 12 years now.  Precious lives were lost and you would think that their would be some regulations or enforcement with teeth in it to address what happened and theirs little or any.

This is our big concern these cases has all the markings of a perfect storm, you had the city, thousands of people outlying the parades rout, no barricades, it's a dark night, theirs allot of noise and activity, people dressed in costume, people drinking and drunk.  On the parade itself you have a grossly undersized tractor pulling tandem trailers with human life on them, throwing beads and bullion.  Common sense tells us this is a recipe for the perfect storm when innocent lives will and have been injured and killed.

If I was a prosecutor I would be hard pressed not to open up a criminal investigation for the reason the behavior of all public and parade organizes are so egregious and reckless.  From just looking at the photo's I would want to know was the parade held to any published, documented and approved parade safety standards?

When was the last time any discussion on procedures and safety of parades were discussed and documented?  Right now you have families are morning the loss of their loved ones, their family and friends along with the men, women and children who witnessed these preventable deaths are morning their losses.

In closing all of these events could have been easily avoided if our safety recommendations were followed and acted on at www.paradesafey.org.  Shame on all who have ignored our repeated wisleblower warnings. 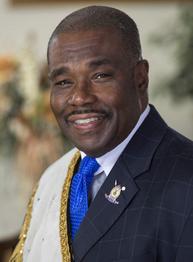 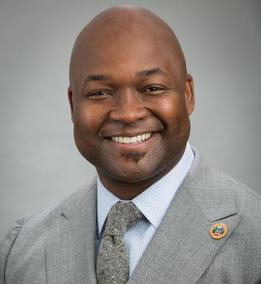 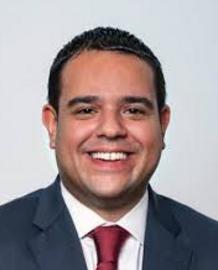 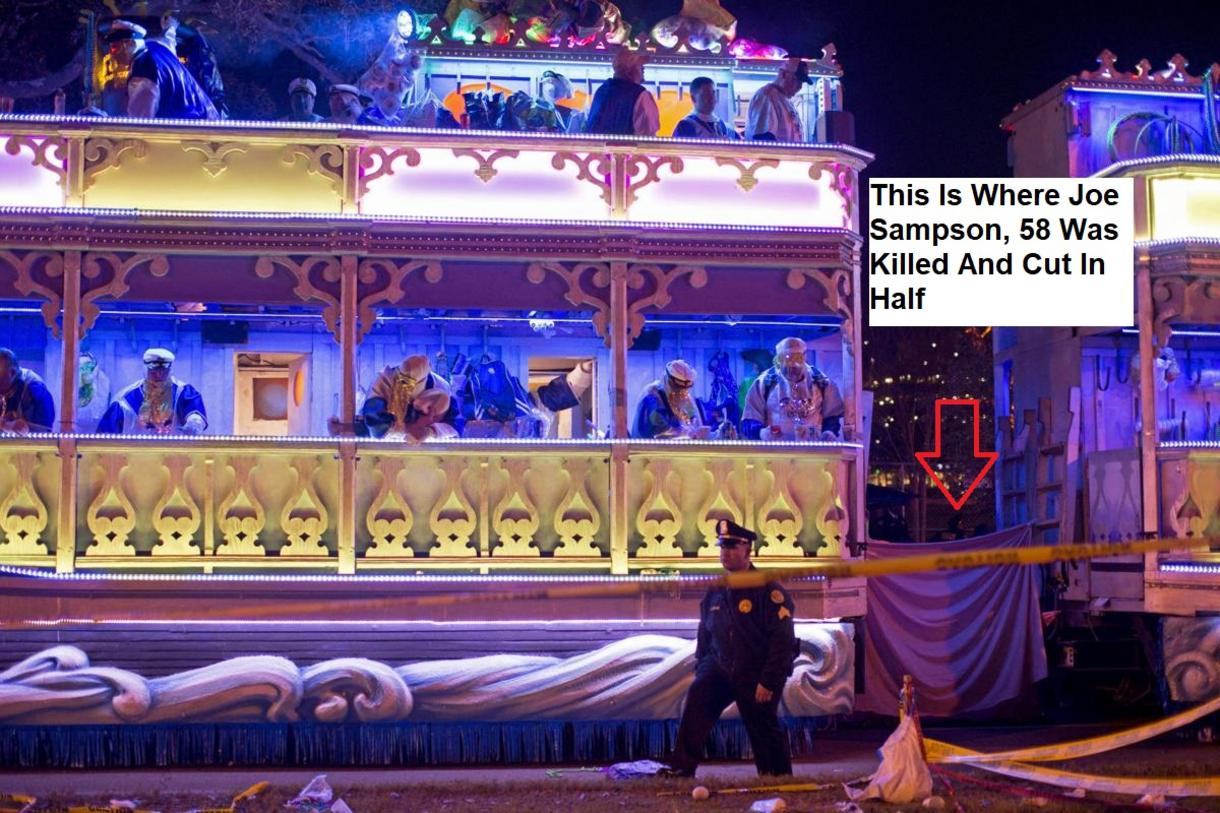 It's Horrific How many political people want to destroy our cause.

In the second shocking parade-related death of the 2020 Carnival season, a man was hit and killed by a float Saturday night as the Krewe of Endymion rolled down Canal Street en route to the Ernest N. Morial Convention Center.

The identity of the man, an adult, was not immediately available. The accident occurred as the procession crossed South Galvez street.

The man was struck by Float No. 14, a tandem float in three sections. Though deaths involving floats are very unusual, the float, called "Captain S.S. Eddie" and named for krewe founder Ed Muniz, is the same one that struck and killed an Endymion rider in 2008.

The accident at Wednesday night's Nyx parade also involved a tandem float, and Mayor LaToya Cantrell announced Saturday night that such floats will not be allowed during the remainder of the 2020 Carnival season.

Thoth, which rolls Sunday morning, has 14 tandems. Bacchus has seven, and Orpheus has three, although in the latter two parades, the tandems are massive signature floats.

For the remainder of the season, each float will require its own tractor, NOPD Superintendent Shaun Ferguson said Saturday night. "I think we have to do our due diligence that this is a safe Carnival for everyone," he said.

It wasn't immediately clear how the superkrewes planned to deal with the 11th-hour rule.

"On behalf of the Krewe of Bacchus we express our sincere condolences to the family of the young man who tragically lost his life this evening. Our thoughts and prayers are with the family," Brennan said. "We have spoken with Kern Studios and we will comply with the City of New Orleans’ request to split our tandem floats."

Thoth captain Penny Larsen also said late Saturday that Thoth "will roll completely," though he said he was still scrambling to line up the requisite tractors.

Witnesses to Saturday's tragedy described an accident eerily similar to the one that occurred at the Nyx parade Wednesday night, with the man somehow becoming trapped between the first two sections of the float and then getting crushed underneath it.

The accident occurred just yards from University Medical Center, the city's Level I trauma center, and the man was taken there, according to witnesses, but he was unable to be revived. Several witnesses said the man was with a group of people from the 9th Ward.

Jamiles Lartey, a journalist, was on the street near where the accident happened. He said he was videotaping the float when he noticed a woman running from the float. He didn’t realize initially what had happened.

“I saw a woman running really fast, excitedly,” he said.

Lartey thought she might be dancing. But then he realized she was screaming and “grabbing her head in agony.”

“That’s when I realized someone had been struck,” he said. "People on the ground were yelling, “‘The float hit that man. They rolled over him. That man’s under the float.’”

Jonah Gilmore, a television news journalist, wrote on Twitter that he saw first responders performing CPR on the man before they put up a sheet to block the corpse from view.

“I can’t wrap my head around witnessing this. Like man, the screams … and seeing them finally drape that sheet,” tweeted Gilmore. “I never imagined I would witness something so horrific.”

City officials announced at 7:25 p.m. that Float No. 13 would be the last float of the procession. The remainder of the parade -- some 23 floats -- was cancelled and the remaining floats, and marching groups were disbanded.

By the time of the cancellation, the beginning of the parade had nearly reached the end of the route at St. Charles Avenue and Julia Street, according to WWL-TV.

City Councilman Joe Giarrusso, who was attending the Endymion Extravaganza -- the party inside the Convention Center, where the parade terminates -- called the death "gut-wrenching." His colleague, Councilwoman Helena Moreno, asked the crowd inside to observe a moment of silence in honor of the man who was killed.

The incident cast a pall over the Endymion party, which is attended by thousands of revelers.

“We have been doing this since we’re 18 years old,” said Linda Sagrera, 69. Sagrera and her husband Tom moved to Arkansas 12 years ago, but make the 14-hour drive yearly for the Endymion ball. “This year and last year were the most heartbreaking.”

“You can tell the crowd is subdued,” said Sagrera. “People are usually dancing in the aisles.”

While float accidents at Mardi Gras are rare, they do happen in New Orleans, and elsewhere.

At a Christmas parade last year, a 7-year-old boy fell off a Tennessee float and was crushed by the slow-moving wheels. Earlier that month, a 5-year-old was killed by a float in South Carolina when the parade disbanded. During a Labor Day parade in Colorado in 2018, an 8-year-old boy fell while walking next to a float and was run over by the trailer. That event triggered tighter safety ordinances, including limiting throws to those walking next to floats.

After four people died when a train collided with a parade float carrying veterans, the National Transportation Safety Board released a report in 2013 with recommendations including a written safety plan, briefings for drivers and participants and driver and float screenings.

Earlier this week, Geraldine Carmouche was killed at Magazine and Valence streets, where the Mystic Krewe of Nyx had begun rolling along the Uptown parade route. Witnesses described her trying to cross over the middle of Float No. 21, a hitched tandem double-decker dubbed “Come Away With Me,” adorned with hot-air balloons and flowers.

An initial police account said Carmouche had been trying to “reach for beads” when the back half of the float rolled over her. One witness told WWL-TV that it appeared she’d tripped in doing so.

In 1981, a 3-year-old girl was crushed to death by a float on Mardi Gras, according to a news account.

Just as they wound up doing Saturday, city officials halted the all-woman Nyx parade at the scene of the accident and sent the final two dozen floats — more than half the procession — back to the barn while the front units proceeded on the Uptown route.

Wednesday's fatality was the first such float accident since 2008, when an Endymion parade rider was struck by the "Captain S.S. Eddie" as the parade was starting to disband outside the Superdome. The man had ridden on the middle segment of the three-sectioned float and got off before the float stopped moving, police said. He was hit by the third section. 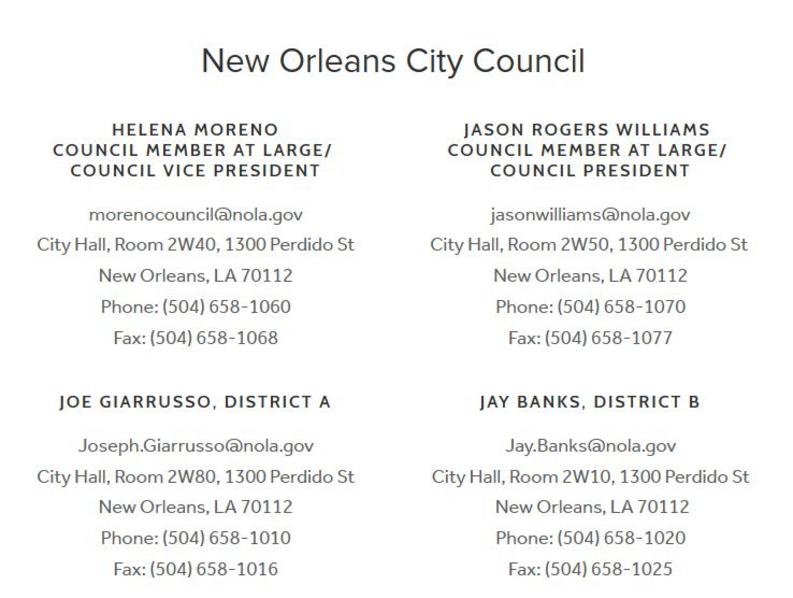 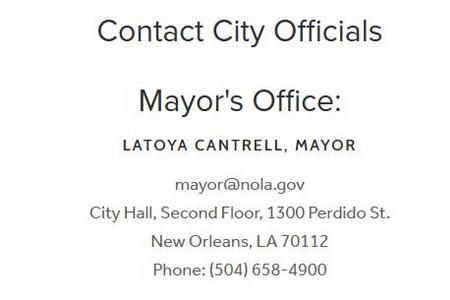 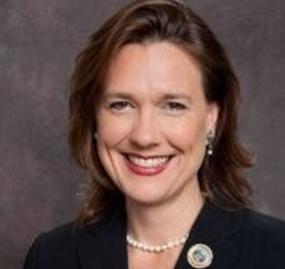 Click Here To Get To The Leadership Of New Orleans 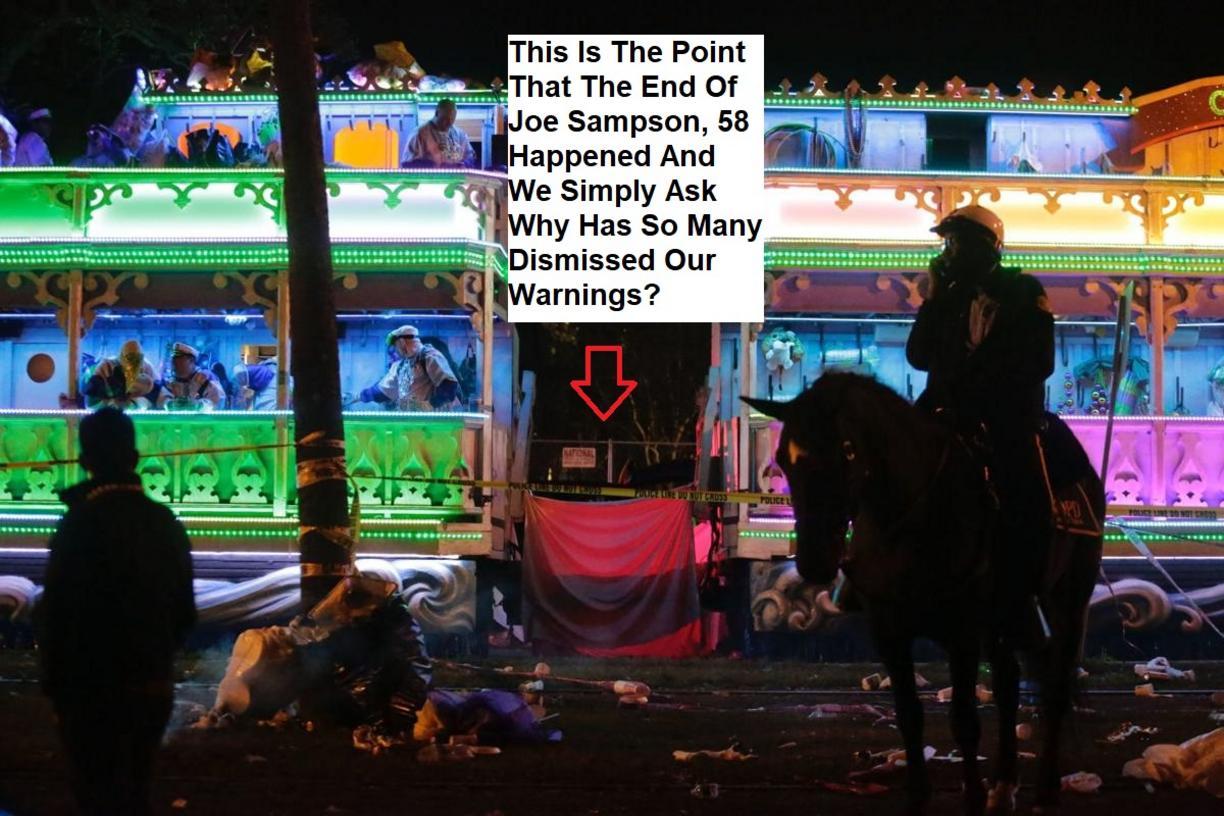 Man killed by float in Endymion parade identified by family

Family members have identified the man struck and killed by a Mardi Gras float Saturday as Joe Sampson, 58.

Sampson was watching the Krewe of Endymion roll through Mid-City when he was run over by a float. He was struck just before 7 p.m. at Canal and Galvez streets.

Few details have been released about what happened in the moments before Sampson was hit and killed.

The Endymion parade was canceled from Float 14 and beyond. Floats after that, including the one involved -- float No. 14 -- were redirected to another area. Floats No. 1 through No. 13 were able to continue on to the end point.

On Sunday, Mayor LaToya Cantrell released a statement, saying in part: "In wake of the tragic incidents along parade routes this week, our City's public safety team is leaning forward with immediate pro-active efforts to keep our residents and our visitors safe this season."

Not long after Saturday night's accident, which was the second parade-related death of the week, Cantrell announced she was banning tandem floats immediately.

"We have worked closely with the krewes and their leadership to make these changes efficiently and quickly, and to find solutions," Cantrell said 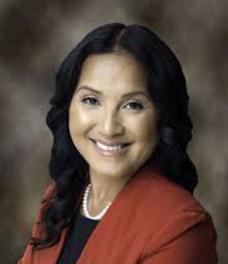 Click Here All The Above Have Ignored Our Documented Parade Safety Recommendations.
Congressman Cantor Promised To Fund Us And He Was Pressured By Lobby Groups Of  These Parade
Organizations.  We Point The Finger At All The Above 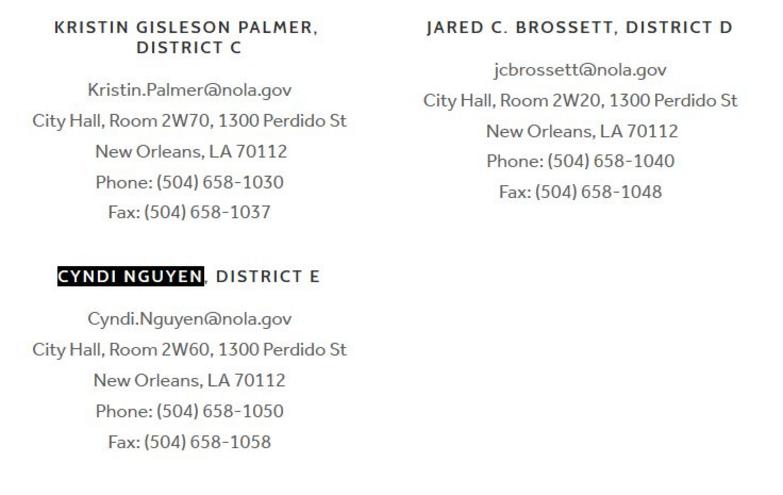 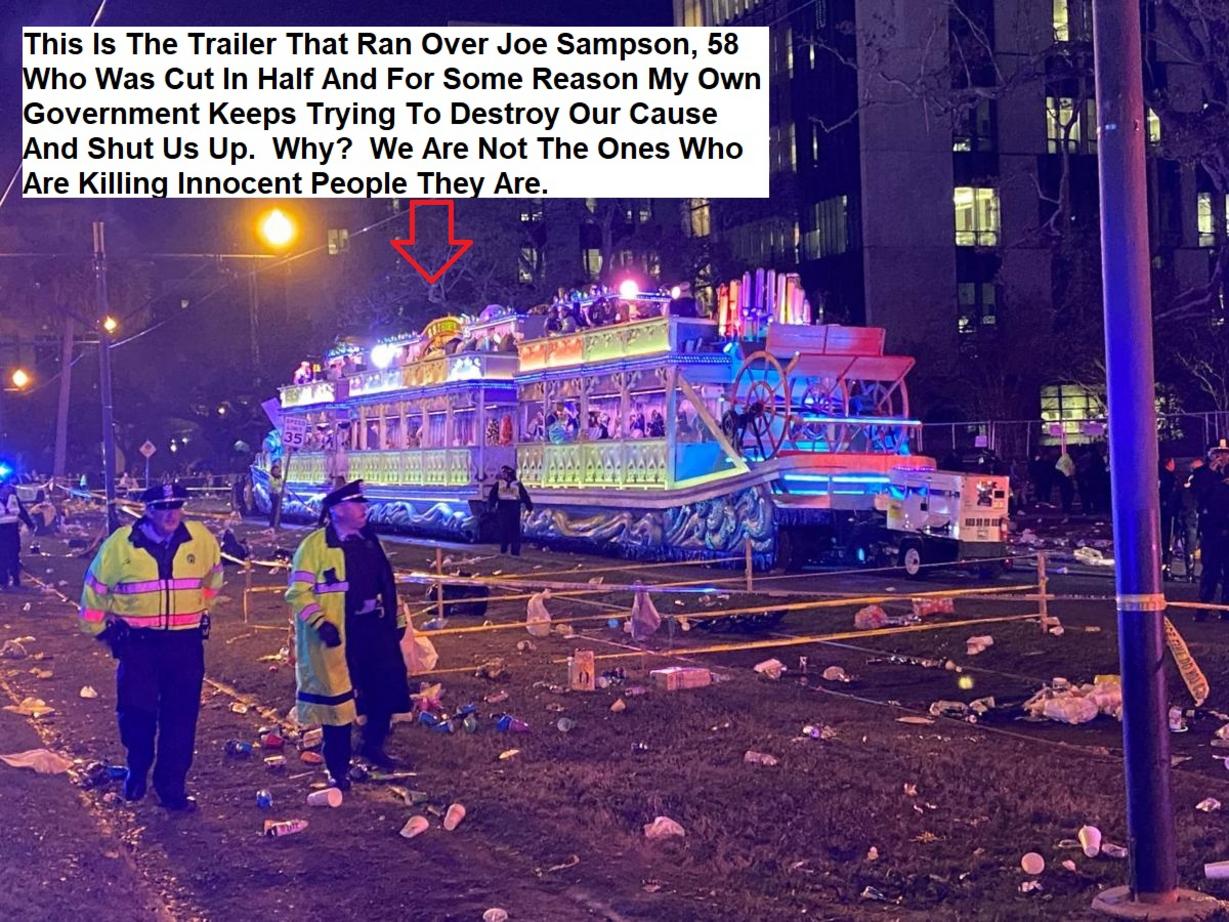 Time and time again we at www.paradesafety.org has stressed over and over again parade safety standards.

Cities like New Orleans and Council member Helena Moreno will refuse any advice or help form our organization because all of these elected officials has and have dismissed our repeataed phone calls.

We thought they wanted to save lives and prevent preventable deaths and trauma to the spectators who witness people getting cut in half and run over. 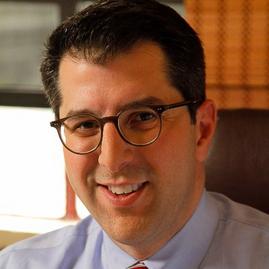 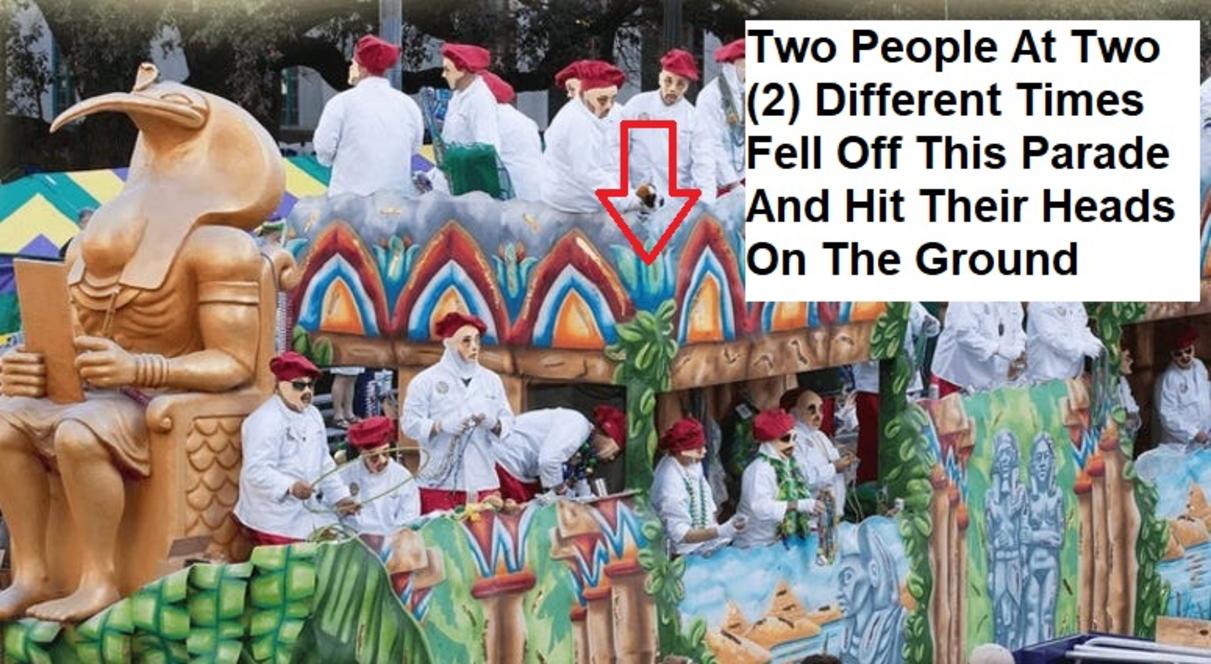 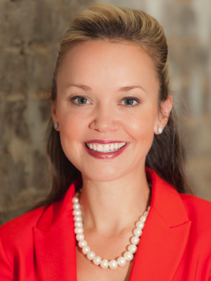