Trailers with a gross weight of 4,500 pounds, such as those commonly carrying personal watercraft, are subject to inspection in Texas. A proposed change in state law would make the trailers exempt from annual inspections.

A weighty divide between state regulations and boat owners might be lifted during the upcoming legislative session thanks to a Houston area lawmaker.

Paul’s bill would increase the gross weight to 7,500 pounds, meaning larger trailers would fall under the inspection criteria, but more boats and campers would skate below the requirement.

“These commercial trailers, there is no question in my mind they need to be inspected,” State Sen. Robert Nichols, R-Jacksonville, said during a Senate Transportation Committee meeting in September. “(But) we are putting the public through a lot of hassle that is not much benefit.”

Lawmakers during the legislative break said they were confident eliminating inspections would not endanger drivers, because police still have discretion to pull over anyone they consider a threat because of a decrepit trailer.

Texas has always required trailer inspections, but enforcement was much more intermittent before state officials combined inspection stickers and vehicle registrations into a single sticker in 2015. For nearly the past two years, fishermen, recreational campers, ranchers and others have bristled at having to take their boat trailers and even simple hauling trailers into mechanics for the all-clear. Lawmakers have also heard extensive comments from boat retailers and trailer manufacturers in the state.

During the legislative break, many lawmakers pledged to take up the cause. Paul’s bill is the first filed specifically to change the trailer requirements. The lawmaker proposed changing the gross weight cap to 7,500 pounds to most easily mirror other regulations, Paul's chief of staff, Mitzi Stoute said.

House Bill 946 The Bill Of Death

The SWAMP has been lobbied by the NATM and the boat trailer companies to make their products even more cheaply and unsafe.

Officials have identified a man who died after being pinned between his boat trailer and the South Padre Island Drive median wall.

About 4 a.m. Monday officers responded to the wreck on South Padre Island Drive westbound near Kostoryz Road. James Buckner, 62, had been hauling a boat trailer. He pulled over and got out of his pickup to check on the boat, Lt. Chris Hooper said.

A 22-year-old man, also driving westbound, struck the boat trailer with his vehicle and pinned the Buckner between the trailer and the median wall, Hooper said.

An autopsy and cause of death are pending, Hugo Stimmler, a forensic investigator with the Nueces County Medical Examiner's office said.

The 22-year-old man was cooperative with investigators and officers determined he was not under the influence.Officers continue to investigate the wreck and no criminal charges have been filed as of Monday afternoon.

Our Call To ACTION

As many of you already know we are a unfunded self supporting organization and we are simply not able to lobby and visit the political leaders.  As a result the boat trailer industry has lobbied the General Assembly of Texas to get rid of inspections on all boat trailers that have a GVWR of 4,500 pounds and increase it to GVWR of 7,500 pounds.

We point out that under Federal Law....a law that Texas adopted all trailers over 3,000 GVWR must have breaks and have a secondary breaking system....If you do not inspect them every year then how do you know they will work?  Or if you do not inspect the ball bearings....and wheels because they are abused and salt water and other wear and tear is not addressed then you are going to have an increase number of boat trailers accidents.  "People who tow are 4 times more likely to have an accident" J Standard Baker

All Boat Trailers, Horse Trailers And Utility Trailers Are Currently Built to a "Voluntary Standard" would you buy a "BABY" car seat that said...." Congratulations On Your New Baby....This Baby Car Seat Was Never Tested To A Safety Standard"  then why are people towing unsafe and no safety standards for these trailers? Click Here 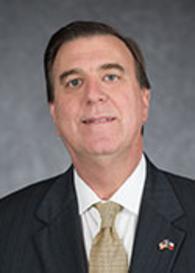 The Bill Of More Deaths...

A BILL TO BE ENTITLED

AN ACT
relating to vehicles exempt from vehicle safety inspections.
BE IT ENACTED BY THE LEGISLATURE OF THE STATE OF TEXAS:
SECTION 1.  Section 548.052, Transportation Code, is amended
to read as follows:
Sec. 548.052.  VEHICLES NOT SUBJECT TO INSPECTION.  This
chapter does not apply to:
(1)  a trailer, semitrailer, pole trailer, or mobile
home moving under or bearing a current factory-delivery license
plate or current in-transit license plate;
(2)  a vehicle moving under or bearing a paper dealer
in-transit tag, machinery license, disaster license, parade
license, prorate tab, one-trip permit, vehicle temporary transit
permit, antique license, custom vehicle license, street rod
license, temporary 24-hour permit, or permit license;
(3)  a trailer, semitrailer, pole trailer, or mobile
home having an actual gross weight or registered gross weight of
7,500 [4,500] pounds or less;
(4)  farm machinery, road-building equipment, a farm
trailer, or a vehicle required to display a slow-moving-vehicle
emblem under Section 547.703;
(5)  a former military vehicle, as defined by Section
504.502;
(6)  a vehicle qualified for a tax exemption under
Section 152.092, Tax Code; or
(7)  a vehicle for which a certificate of title has been
issued but that is not required to be registered.
SECTION 2.  This Act takes effect September 1, 2017.

In Pennsylvania a state that has inspections and keeps track of them....see this...Click Here

Currently the STATE OF TEXAS does not have a data reporting ability to collect data on how may safety violations they have now on all boat trailers over 4,500 GVWR...So how can a lawmaker get rid of inspections when he has no clue how many violations they capture now.