According to Mangat, the boat was balanced on pallets and had straps held together with duct tape.

The trailer itself had no brakes and a homemade third axle.

“How not to tow your boat this summer,” Mangat tweeted.

“Pallets are not a good way to balance a boat on a trailer held together with duct tape,” he added.

The vehicle and trailer were towed.

It’s the second week in a row Const. Mangat has busted an Abbotsford driver with a shockingly dangerous load.

Last weekend, Mangat pulled over a four-door sedan that was heavily overloaded with logs, branches and yard trimmings.

The entire bundle was held down with a garden hose, and the vehicle was not roadworthy.

In that instance, the apologetic driver got off without a ticket, but had to pay for a tow and to repair his vehicle to be street legal.

It was anything but smooth sailing this weekend for one would-be Abbotsford boat captain.

Abbotsford police pulled an SUV over on Sunday towing a sailboat on a trailer that could be described as rickety at best. 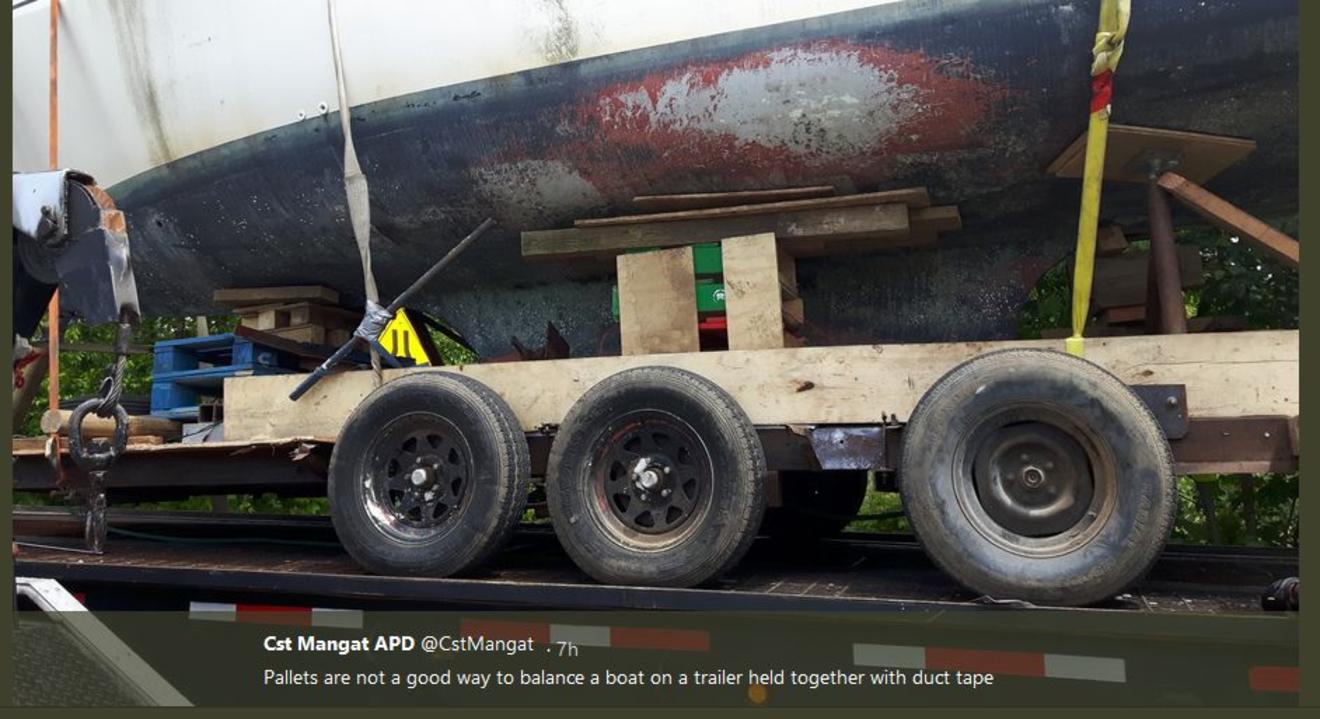 In The United States No enforcement of any kind.

Henrico County Virginia Has decided to not address unsafe trailers

I have the photo evidence to prove it 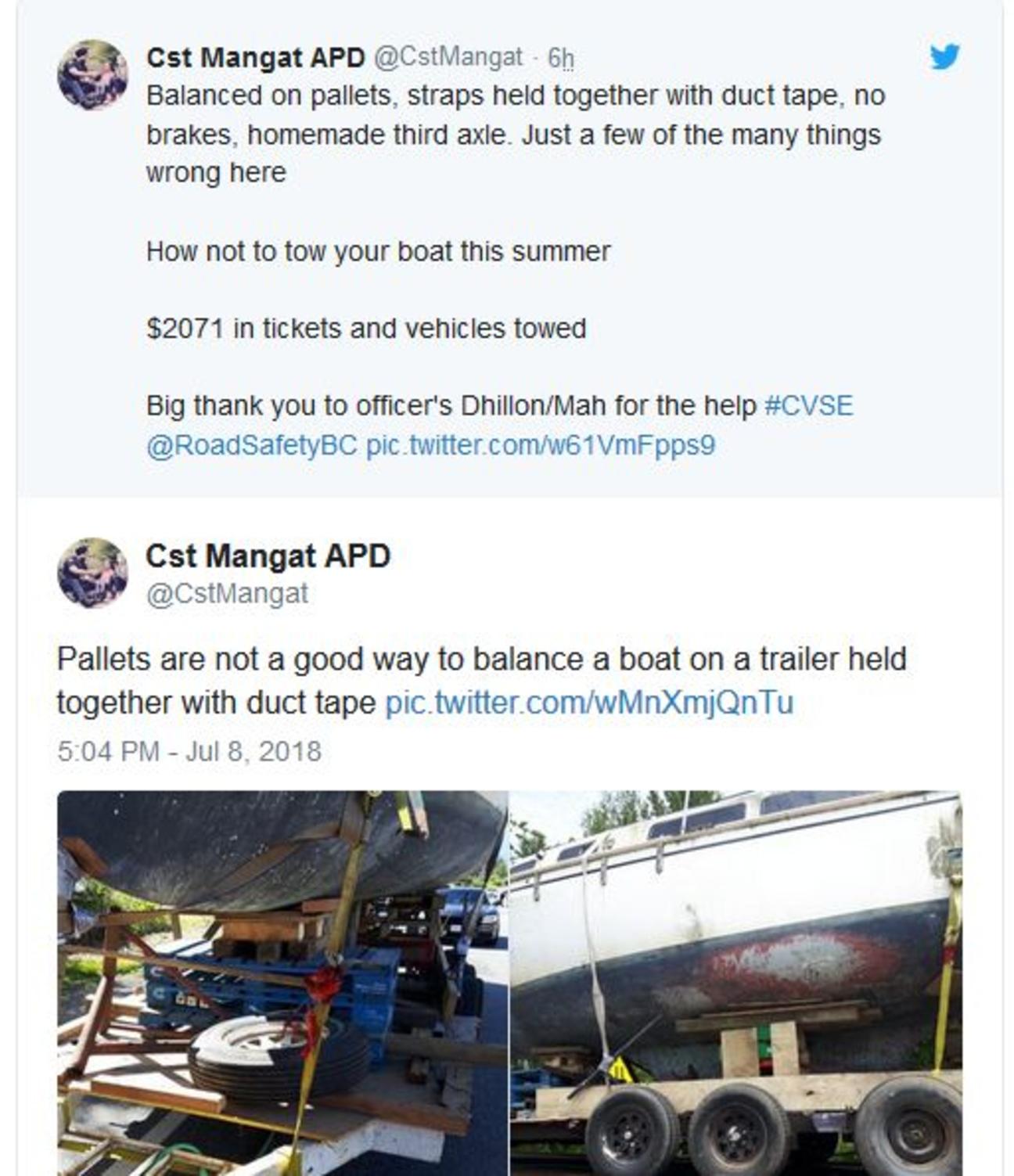 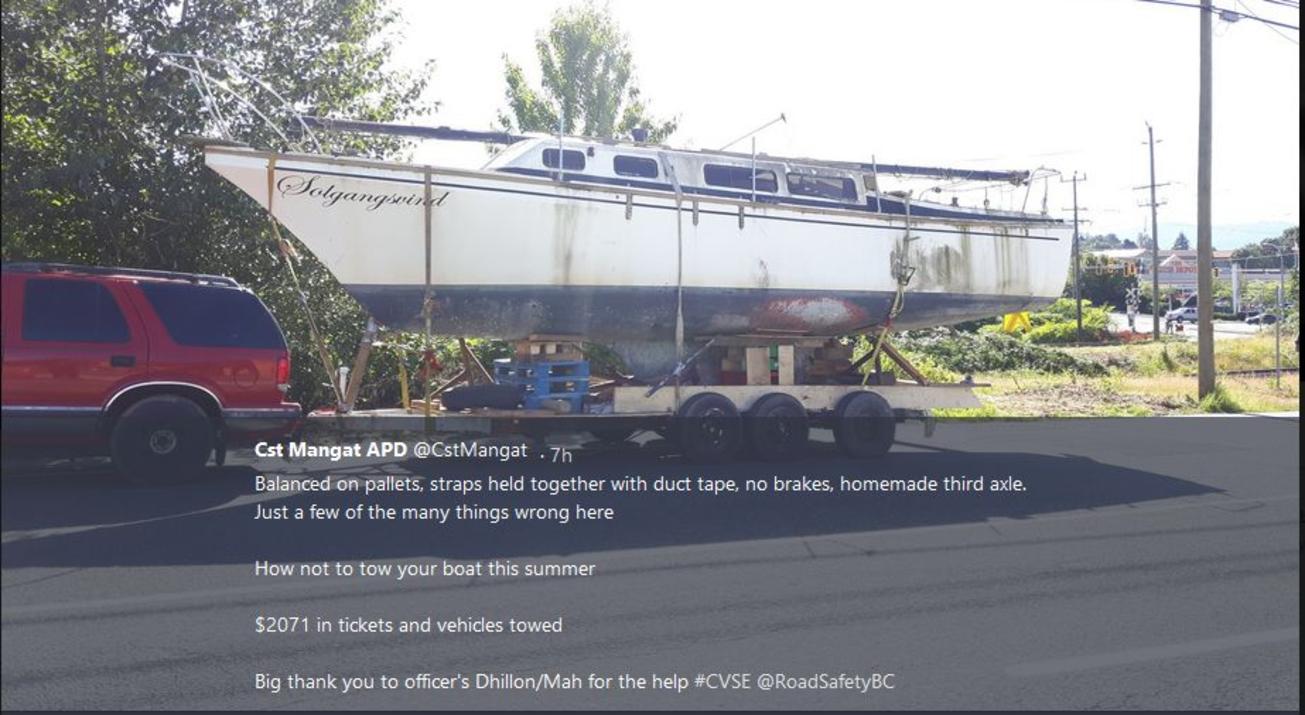 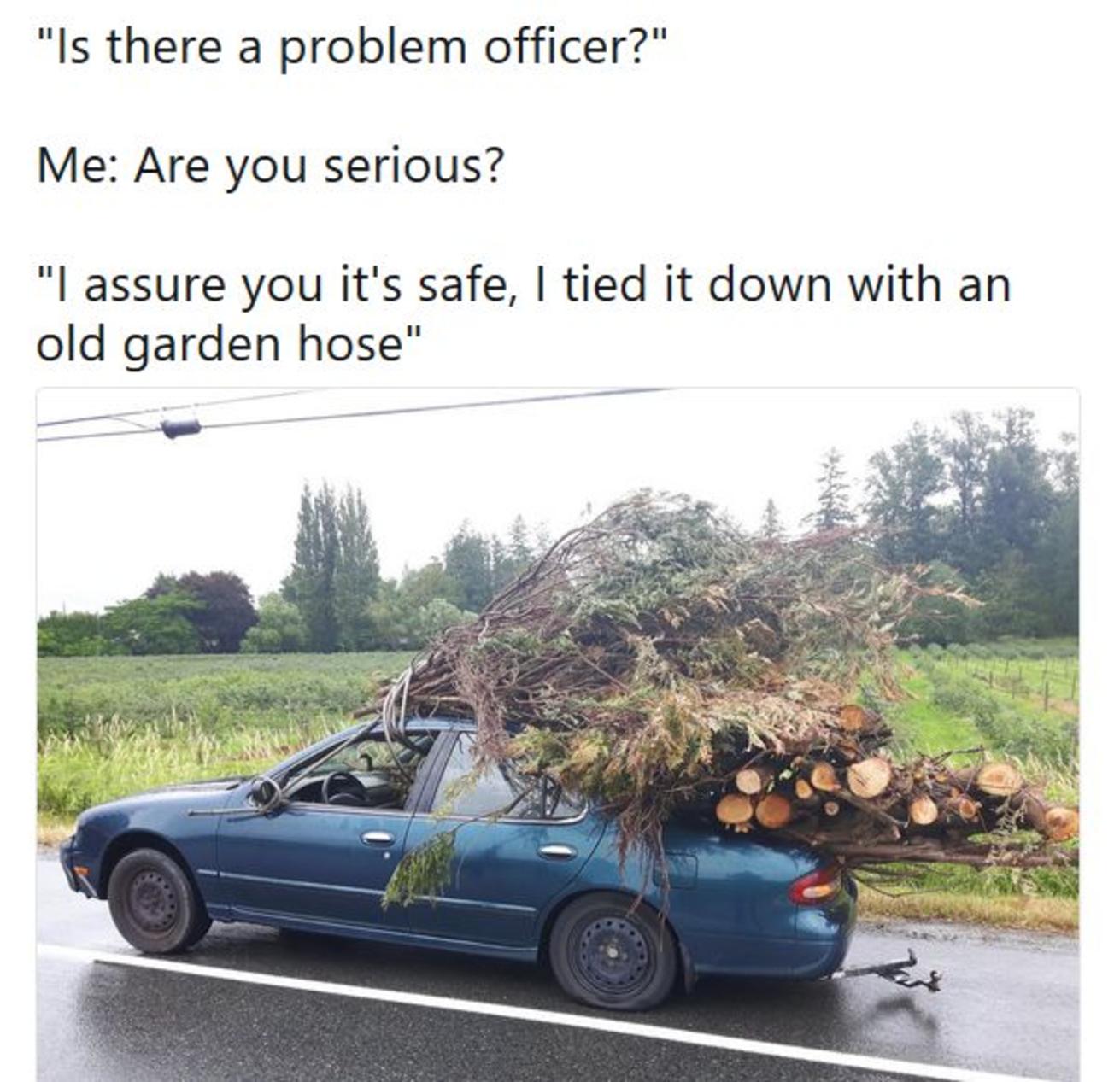