Without proper modifications, “trailers are not meant for people” and are meant for property carrying purposes, said Clint Lancaster, the technical director for the National Association of Trailer Manufacturers.

A story you'll see only on FOX10 News-- A local boy is being called a miracle after suffering severe brain trauma from a dune buggy accident. He came back to life after his parents signed the paperwork to donate his organs.

13-year-old Trenton McKinley of Mobile was playing at a friend’s house two months ago. He was riding in a small utility trailer being pulled by a dune buggy for kids. Trenton says his friend pressed on the breaks suddenly, causing the trailer to flip. He says he quickly threw his friend’s 4-year-old niece off into the grass, but in the process, got caught in the trailer as it flipped.

“I hit the concrete and the trailer landed on top of my head. After that, I don't remember anything," said Trenton.

He was rushed to USA Medical Center for emergency surgery. He had seven skull fractures.

“All I saw was a stretcher with his feet hanging out. He was dead a total of 15 minutes,” said his mother, Jennifer Reindl, with tears in her eyes. “When he came back, they said he would never be normal again. They told me the oxidation problems would be so bad to his brain, that he would be a vegetable if he even made it.”

For the next several days, Trenton was brain dead and barely breathing. His parents were faced with a difficult decision. They signed the papers to donate his organs.

"Five kids needed organs that matched him,” said Reindl. “It was unfair to keep bringing him back, because it was just damaging his organs even more."

A day before doctors were set to pull the plug, Trenton started showing signs of cognition. He believes he was in heaven while he was gone.

Slowly but surely, Trenton is making strides beyond what anyone expected, but it's not without a struggle. He's lost 50 pounds, and deals with nerve pain and seizures daily. Despite all that, this kid's still got a great sense of humor.

"I said I could turn sideways and put salsa in there and eat chips and dip out of my head. No more washing dishes for me!” laughed Trenton as he referred to the dent in his head. “She wouldn't let me put nothing in it though. I really wanted to see if I could."

Just talking to the young boy, you would never believe he has already been through three brain surgeries. He's still got a long road ahead with a lot of medical expenses. Trenton currently only has half of his skull. The missing piece is frozen at the hospital. He will have surgery soon to reconnect it.

If you want to donate to his fundraiser, click here! 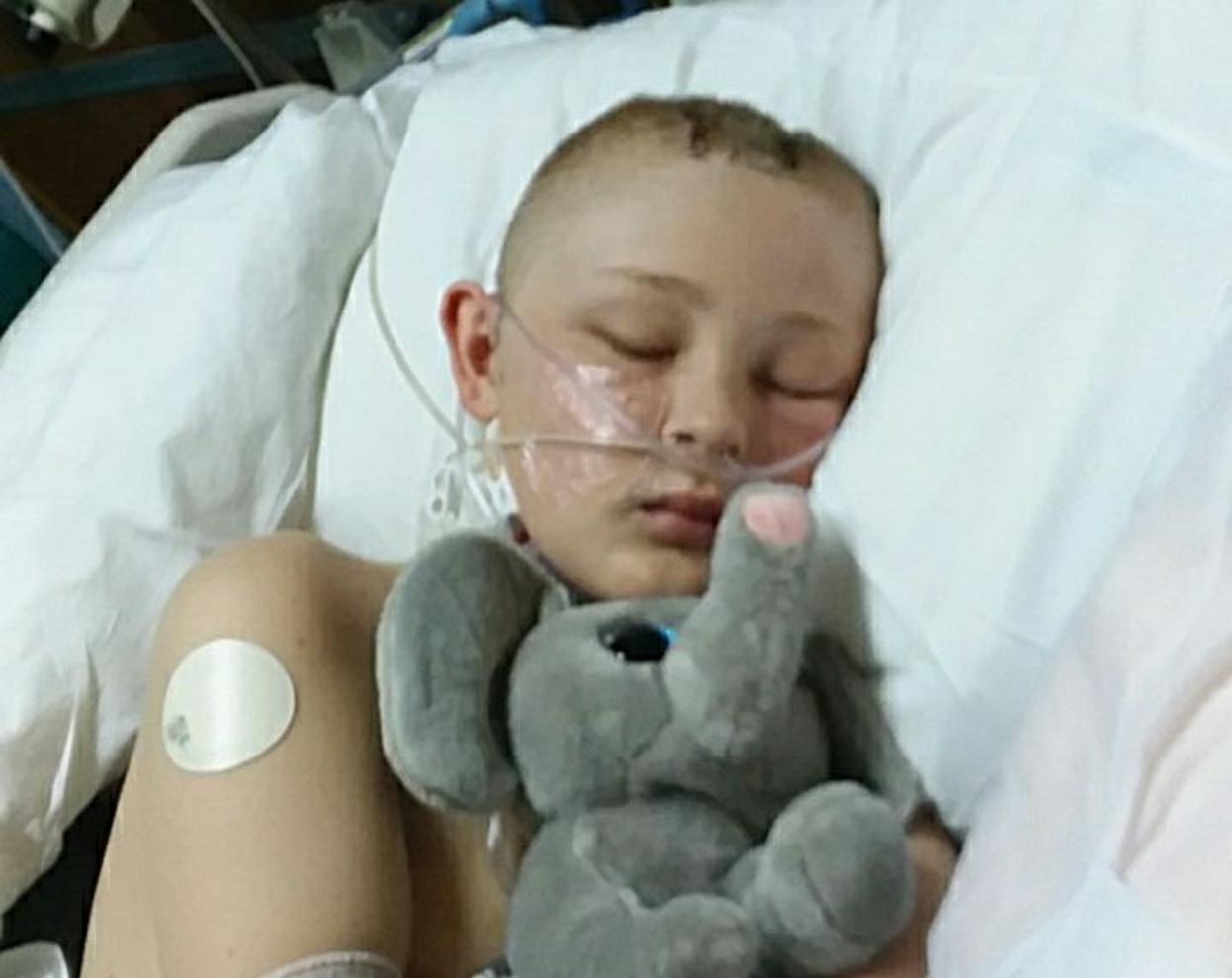