Francis says while a motorist had pulled over on Route 240 southbound before Bridge Street to fix the trailer hitch connected to his truck and the boat he was pulling. Chief Francis says, at that time, another vehicle traveling south tried to get around traffic.

"Apparently, a car tried to squeeze between two other cars, pushed the car into the boat trailer, and smashed into the guys," said Francis.

The collision involved a total of three vehicles, with a minivan careening into the brush down an embankment.

Three people were seriously injured in the crash, with one of them being Medflighted to a Boston area hospital. The other two were transported via ambulance to Rhode Island Hospital, with another victim taken to St. Luke's Hospital with minor injuries. 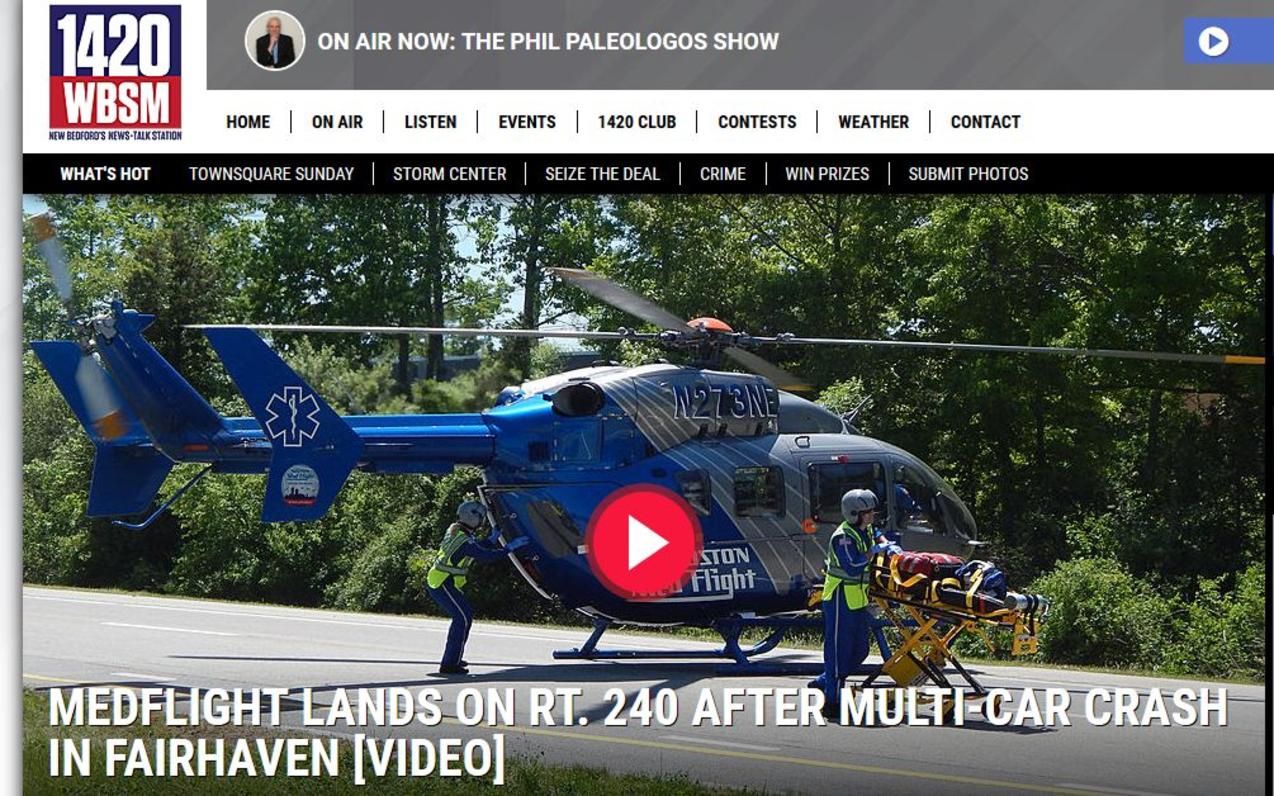 Questions Must Be Asked:

What brand of tire?

Was he using ST Rated Tires Or A Regular Car Tire?

More people will have more accidents during now till Labor Day when they take their trailer that was sitting next to their home all winter long and suddenly take it out and expect it to be fully operational.

Wrong!  What if the accident never happened?  He would not have been at the location to get hit because he would have inspected and made sure the trailer was ready for road use.