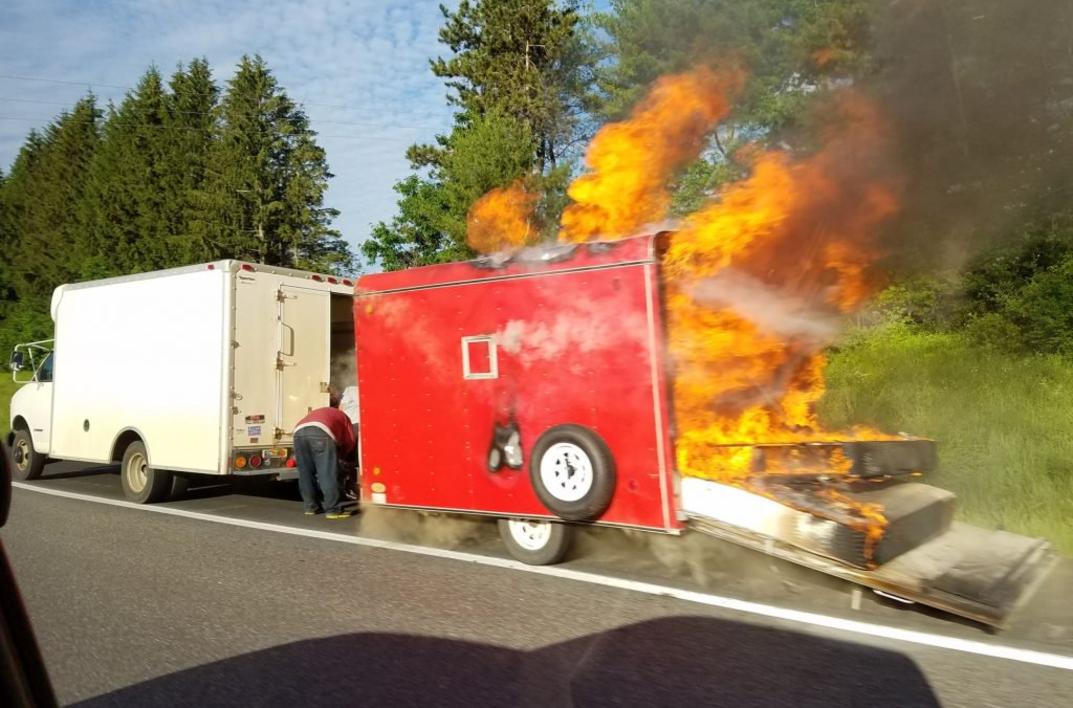 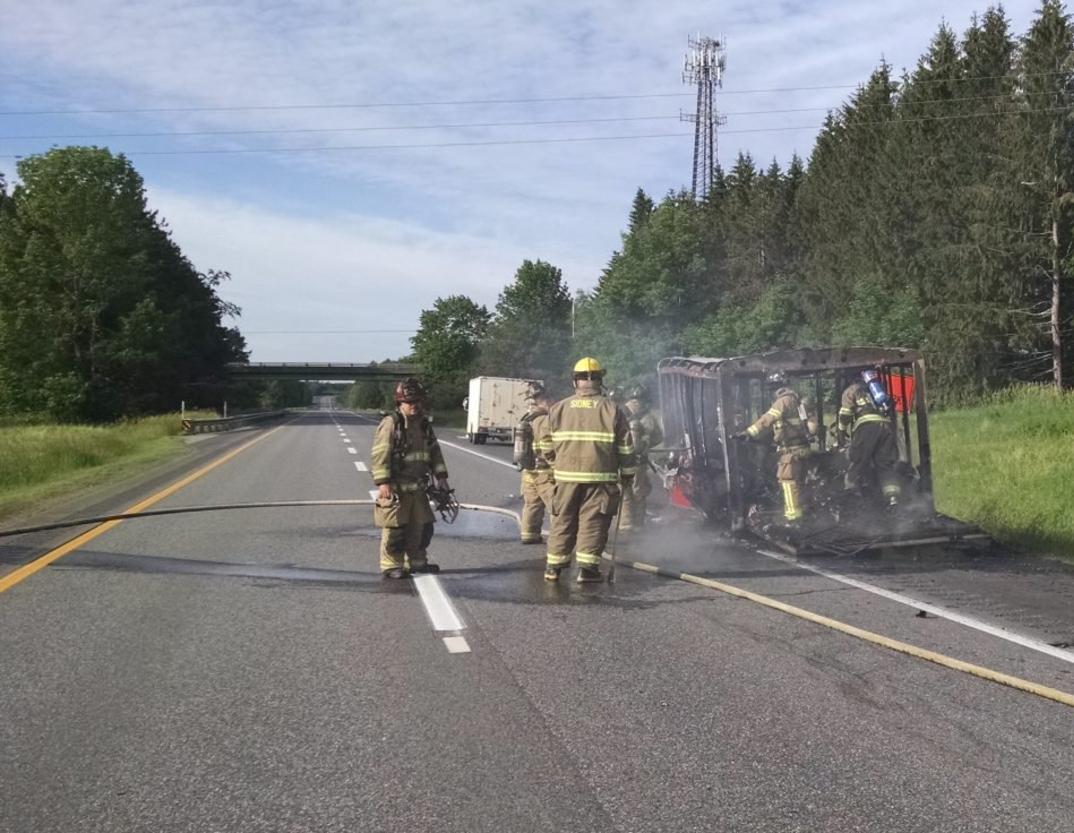 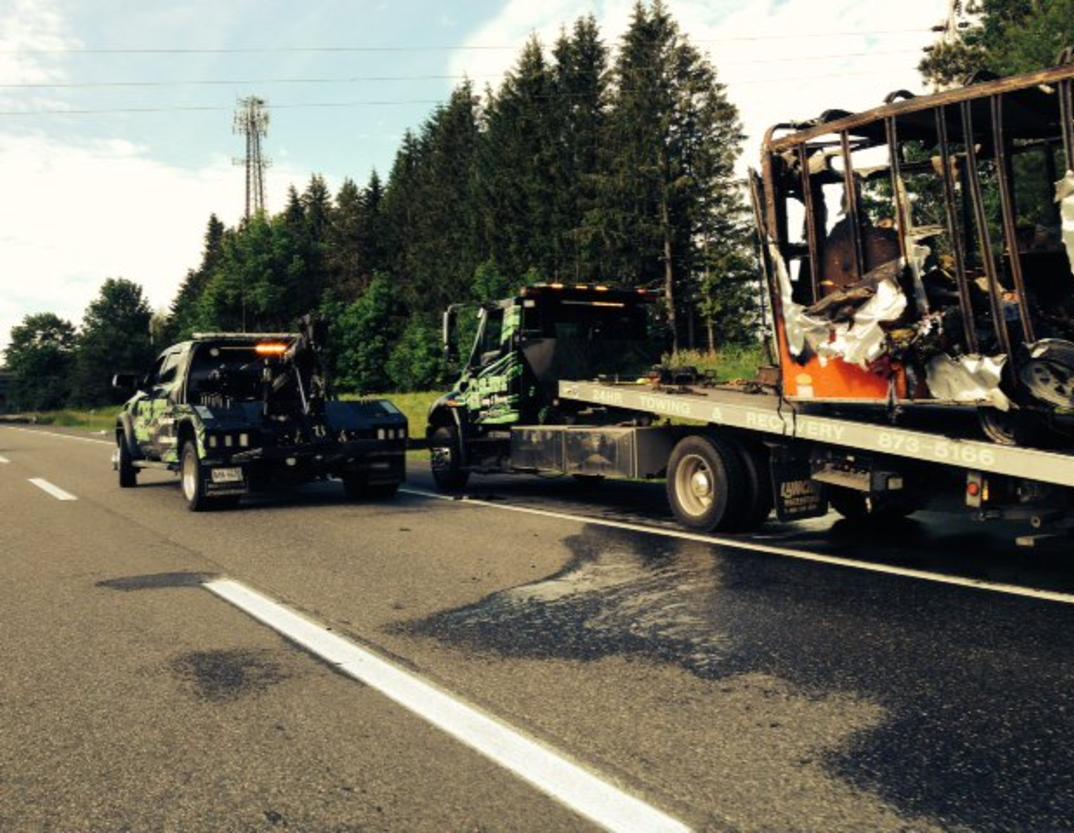 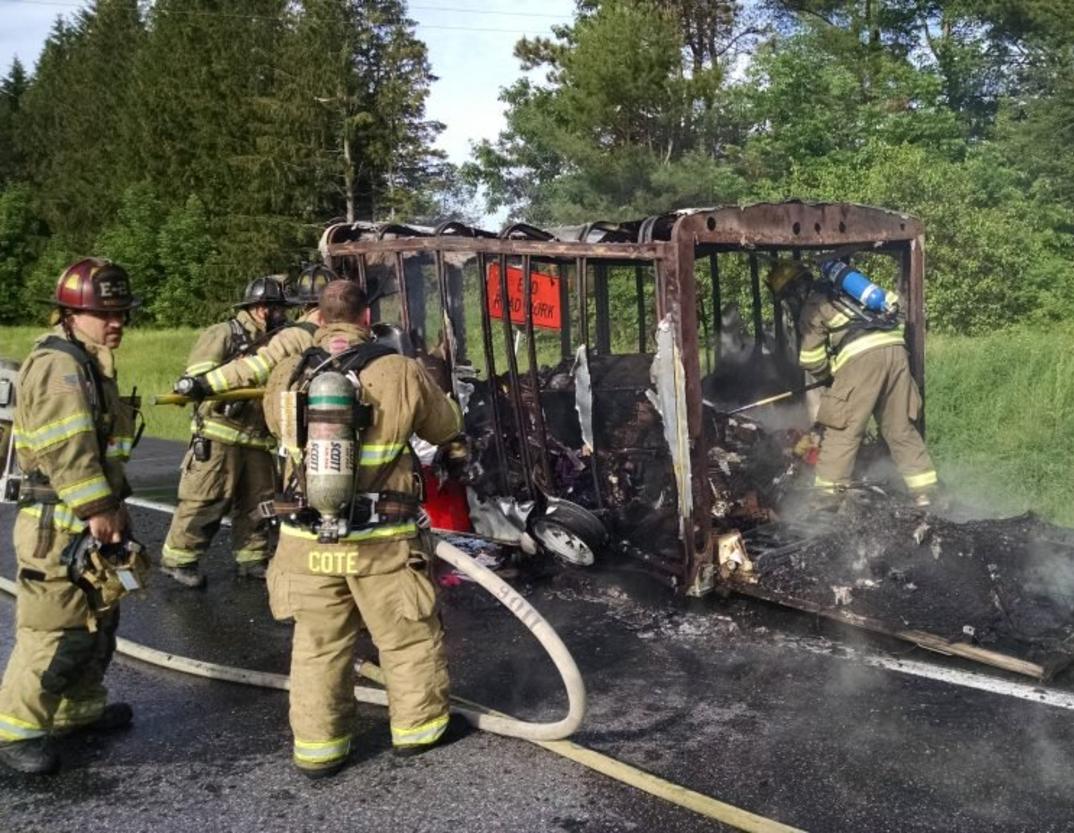 Crappie and poorly manufactured trailers along with dragging safety chains causes fires.  Read the report how many of these defective trailer axles are on the road now?  Nobody knows..  Why no recalls?

A trailer fire shut down both southbound lanes on I-95 in Sidney about 7 am Wednesday until the Waterville and Sidney Fire Departments doused the fire. Photo courtesy of the Maine State Police

SIDNEY — A trailer caught fire Wednesday morning on Interstate 95 near mile 122, jamming up the morning traffic commute for an hour or so.

The 14-foot utility trailer caught on fire around 7 a.m., according to Waterville fire Capt. Drew Corey. Curt Hopkins, 45, of Pittsfield, is a professional mover who was hauling the trailer, full of furniture and clothes, to Florida for a client, Corey said.

Alerted to the fire by a passer-by, Hopkins steered his truck into the interstate’s breakdown lane and detached the trailer near where the new Sidney-Waterville exit at mile 124 is being built at Trafton Road. He tried to extinguish the flames with a fire extinguisher first before realizing the fire was too strong and calling for help. He was not injured during the incident.

The trailer is a total loss, and the fire destroyed the pavement and a sign owned by the state Department of Transportation, said rescue technician Dan Brown.

Firefighters used foam and water to put out the flames in about 20 minutes, he said.

Brown said the cause is unknown, but it most likely started in the axle, where bearings and grease can heat up. Regular maintenance and inspections can help prevent that from happening, Brown said, but he added that “anything’s possible,” even with maintenance.

Maine State Police shut down both southbound lanes on the interstate, causing a backup of cars that reached from Sidney to Main Street in Waterville — about 8 miles away. Traffic was disrupted for about an hour.

The Waterville and Sidney fire departments went to the scene.