Did you know that "Anybody With A PULSE" can drive a Class A motorhome weight up from  13.000 to 40,000 and tow a trailer then a car behind the trailer....then have up to 15 people or more and even children in the back with no baby car seat....with no seat belts?

We Expose The Truth.

Don't you find it odd?  That Nobody in any public safety agency or government wants to talk about all the deaths....from RV Accidents....but they attack the Tractor Trailer Industry?

WE EXPOSE THE TRUTH! 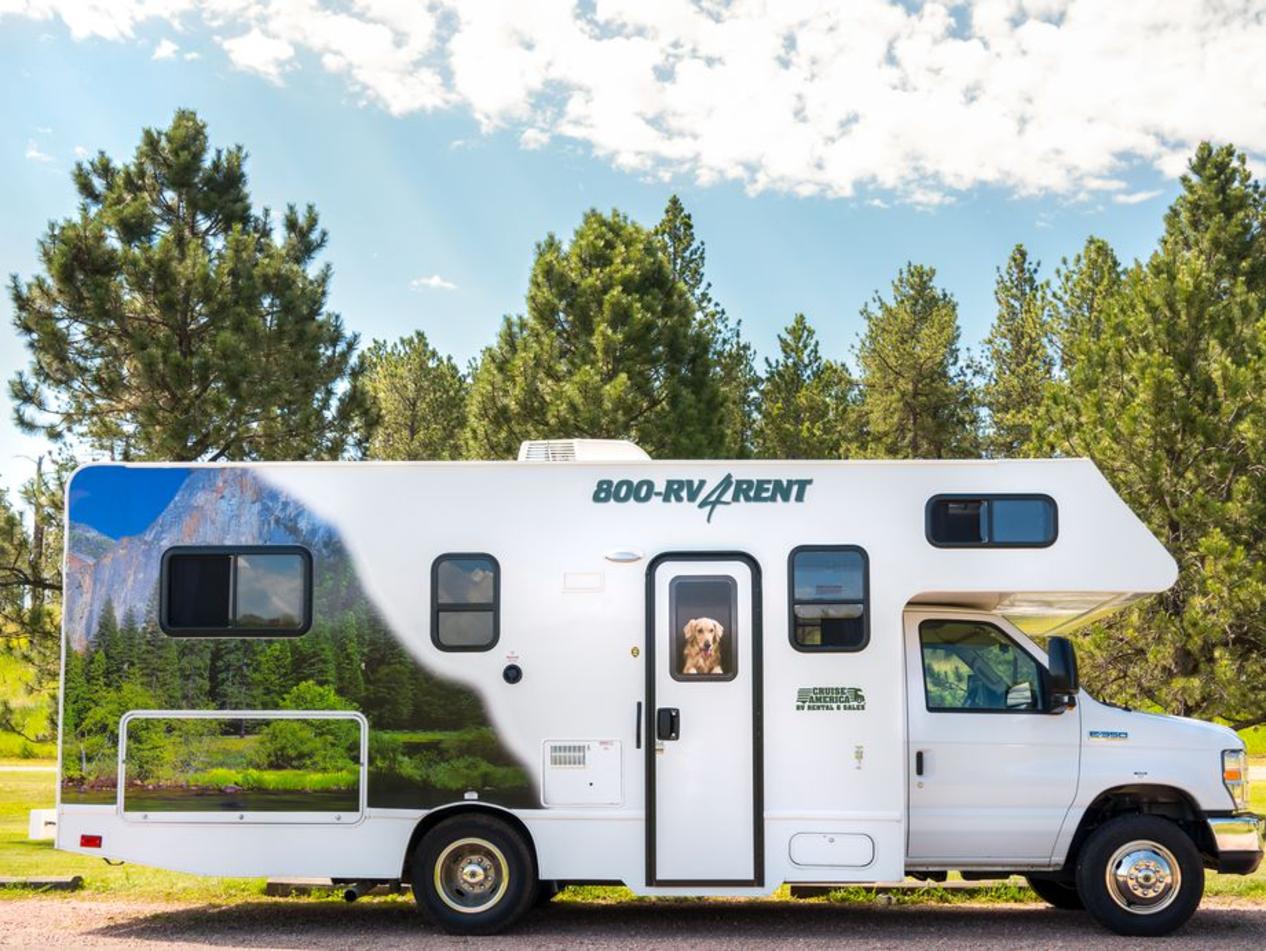 Details: There’s probably no greater range of campers in a single category than the travel trailer. Bumper pull travel trailers connect to a standard trailer hitch, and they can range from lightweight to fairly heavy. This means that the smallest travel trailers can be pulled by a small SUV, while others might require a large truck. Travel trailers are good for campers who want to unhitch and store the camper more easily when not in use, and a plethora of options means that there is something for everyone. Just how diverse is the travel trailer category? The 10-foot Happier Camper is a travel trailer, and so is the 33-foot Classic Airstream, a trailer that’s more than three times as large. You’ll also see convertible trailers, teardrops, and trailers with vintage style. 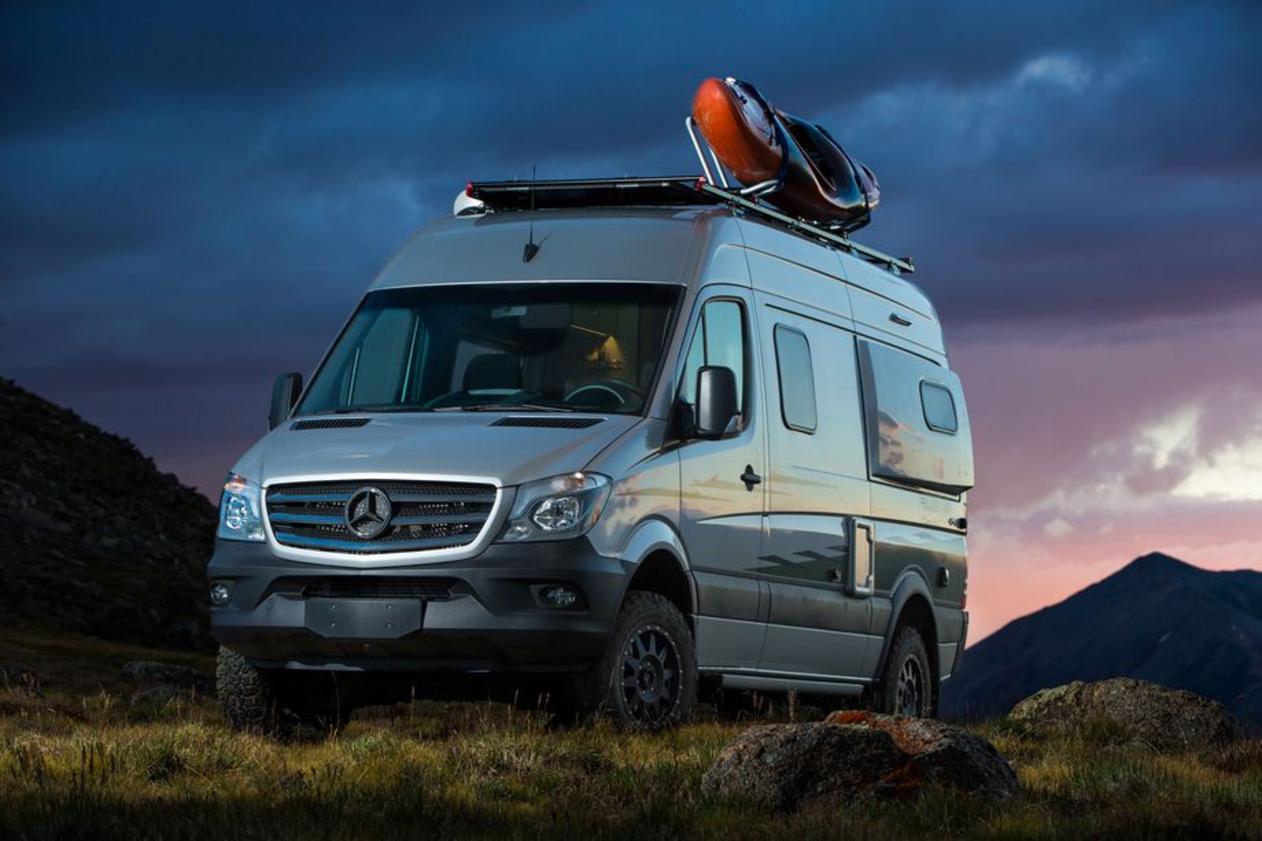 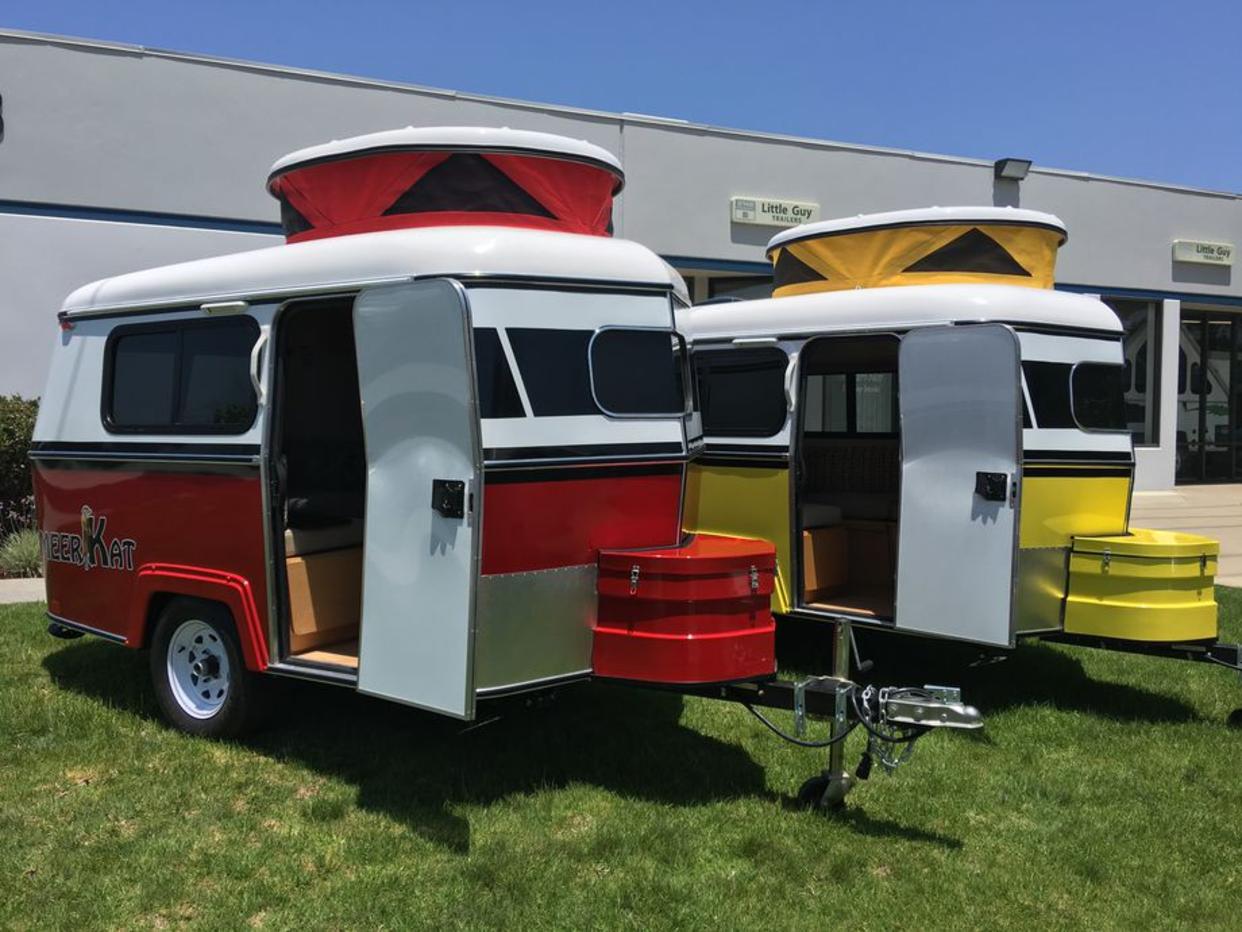 Dangerous RVS.org Click Here
Goodyear Hides The Deaths Of 98 And Counting By Their
Defective RV Tire And They Hid The Defects
From The Federal Government And They Get Away With It?  What?  Click Here 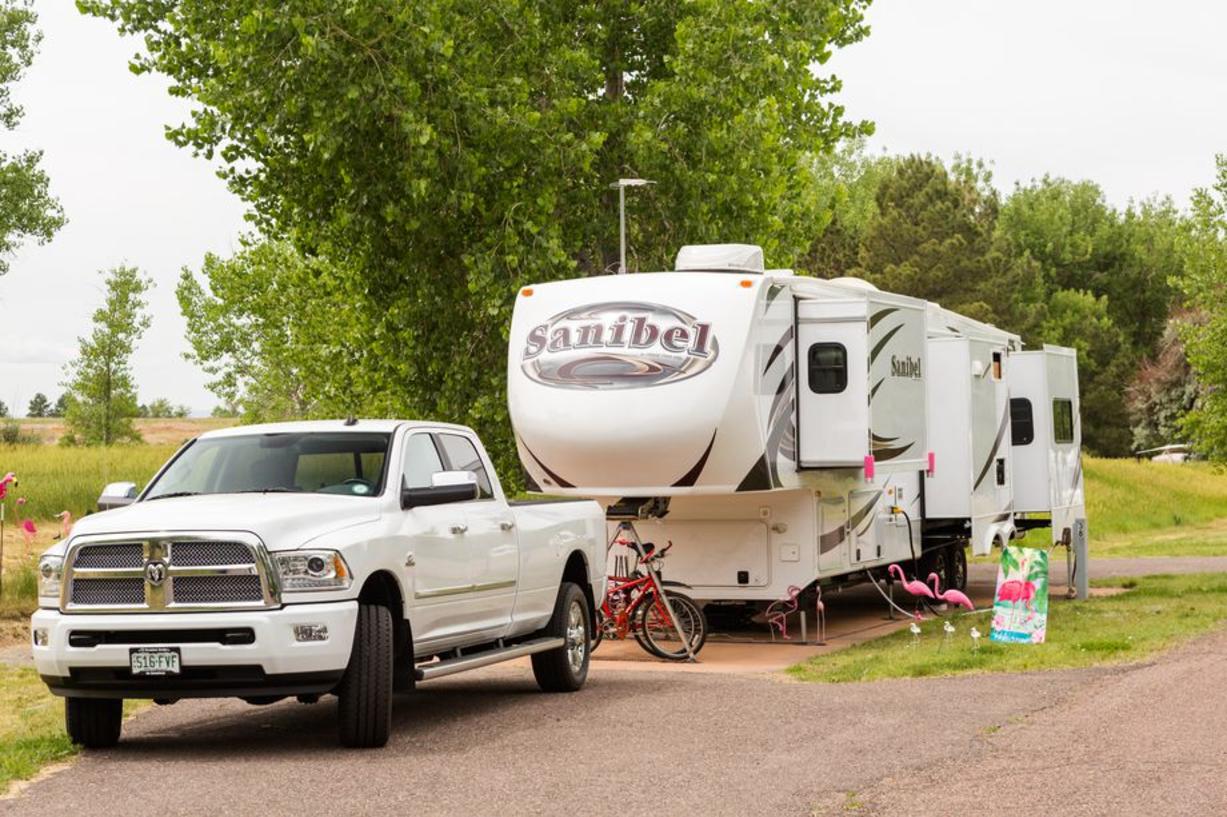 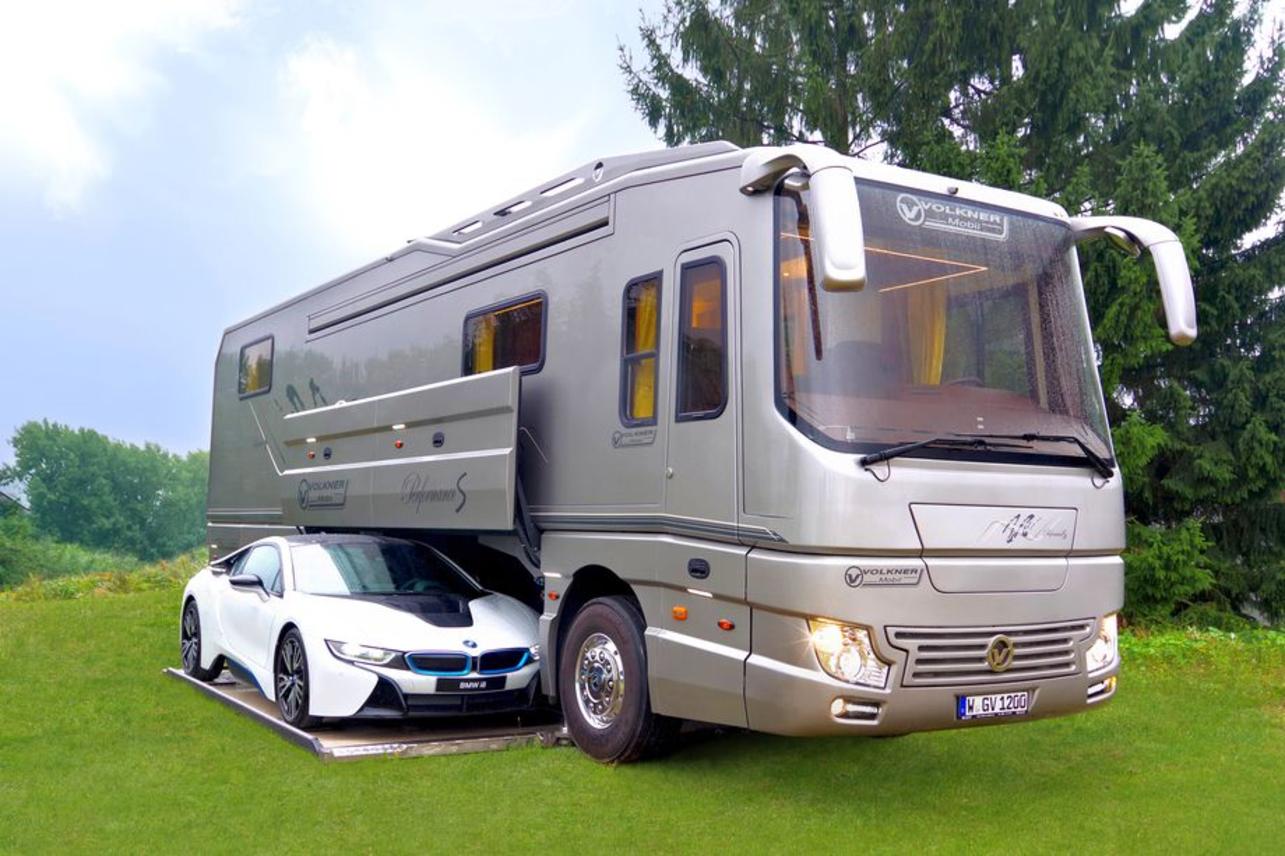 Weight: 4,000 to 9,000 poundsDetails: Often called camper vans, Class Bs are a mid-size option that are much smaller than the big Class A RVs. Common van bases include the Mercedes Sprinter, Ford Transit, and Ram Promaster, and these small but mighty campers can be basic—think bed and storage—or have full of extras like bathrooms, dining areas, and room to sleep six. The biggest drawback is that you don’t get as much space or amenities compared to Class As and Cs, but there are also benefits to the Class B; they come in a 4x4 option, get good fuel economy, can fit in many parking spots, can stay off the grid, and are easy to drive

Travel trailer: Big, small, and everything in between

Anybody who is driving a RV with a regular license is a person driving with a killing machine.

From tiny trailers to huge RVs, a definitive guide to every type of camper

There’s a lot to love about campers and RVs (That’s why we started a new community group just for camper addicts, join us!) But even the most enthusiastic camper aficionado can get confused: What makes a Class C different from other RVs? Why is a fifth wheel trailer called, well, a fifth wheel? And are camper vans considered an RV or...something else?

Whether you’re looking to buy a new camper or just want to level up your camper vocabulary, this guide is a good place to start.

Compare notes with other adventurers in our private Facebook group.

In the Recreational Vehicle (RV) world, you’re either towing something, or you’re not. It sounds simple, but that’s the first main distinction. If you’re not towing a trailer, then the vehicle and the living space are on the same chassis and you can always access the interior of your camper when you’re driving.

If you’re towing something, you’re likely pulling some sort of trailer. How much that trailer weighs and how you actually pull it depends on a few factors, and that’s what we break down in this guide. From Class A RVs to the tiniest featherweight trailer, here’s every kind of RV you can find on the road.

Class A RVs: The biggest beasts on the road

A Picture Of A KILLING MACHINE!

Details: The biggest motorized RVs on the market, Class As are like giant homes on wheels. They can be relatively simple or come with all sorts of bells and whistles, including over-the-top amenities like king-size beds, washer and dryers, and mobile garages that can hold a sports car. You get a lot of space with a Class A, and potentially some serious luxury. Another benefit is that you can usually tow a car behind a Class A. But Class As can also be very expensive, have low fuel efficiency, and are limited on where they can travel due to their size and hookup needs..

Details: Fifth wheel trailers are the largest trailers you can tow behind a vehicle. They are called “fifth wheel” because the front of the trailer extends over the bed of the truck. The truck bed contains the hitching mechanism—a u-shaped coupling component—which can make fifth wheels easier to tow than some other travel trailers since it’s easier to turn. Fifth wheels offer all the space and comforts of a Class A RV—including slide outs, bathrooms, and even multiple bedrooms—but they also require a pickup truck with a specifically fitted hitch. This type of RV is best for someone who wants all the amenities of a large Class A, but wants to tow it and then store it when not in use.

Class C RVs were one of the first camper types to be widely available for rentals.
Shutterstock

Details: Not quite as big as a Class A, but not as small as a Class B. Yeah, we know that’s confusing. Sleeping quarters in a Class C are often over the cab with another area in the back, and you might find slide outs similar to those common in larger Class As. Class C RVs usually have a separate bathroom area, whereas a Class B camper van might not. Class Cs work well for people who want something smaller and less expensive than a Class A, but think a camper van is too small. Note that Class C RVs usually aren’t big enough to tow another vehicle.

Class B RVs: Van life and so much more

Details: Also called a folding trailer, the pop-up trailer is a lightweight camper that folds into itself for easier storage and towing. Think of pop-up trailers as an alternative to a tent, since you get a similar open-air feeling, with a living area in the center and two sleeping areas on either side. Pop-up trailers are great if you don’t mind fewer amenities, can’t tow a lot of weight, and your main goal is to avoid sleeping on the ground. Many are also reasonably priced. The downside? Folding trailers aren’t as well insulated for weather—think of them as three-season camping tents.

Fifth wheel: The largest trailer you can buy

NOTE: THIS IS THE TYPE THAT STARTED THE CARR WILDFIRE! Fifth wheel: The largest trailer you can buy 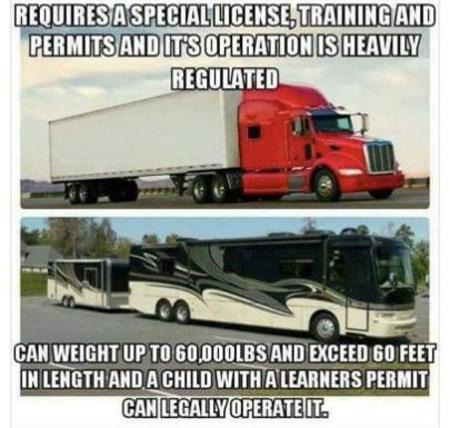 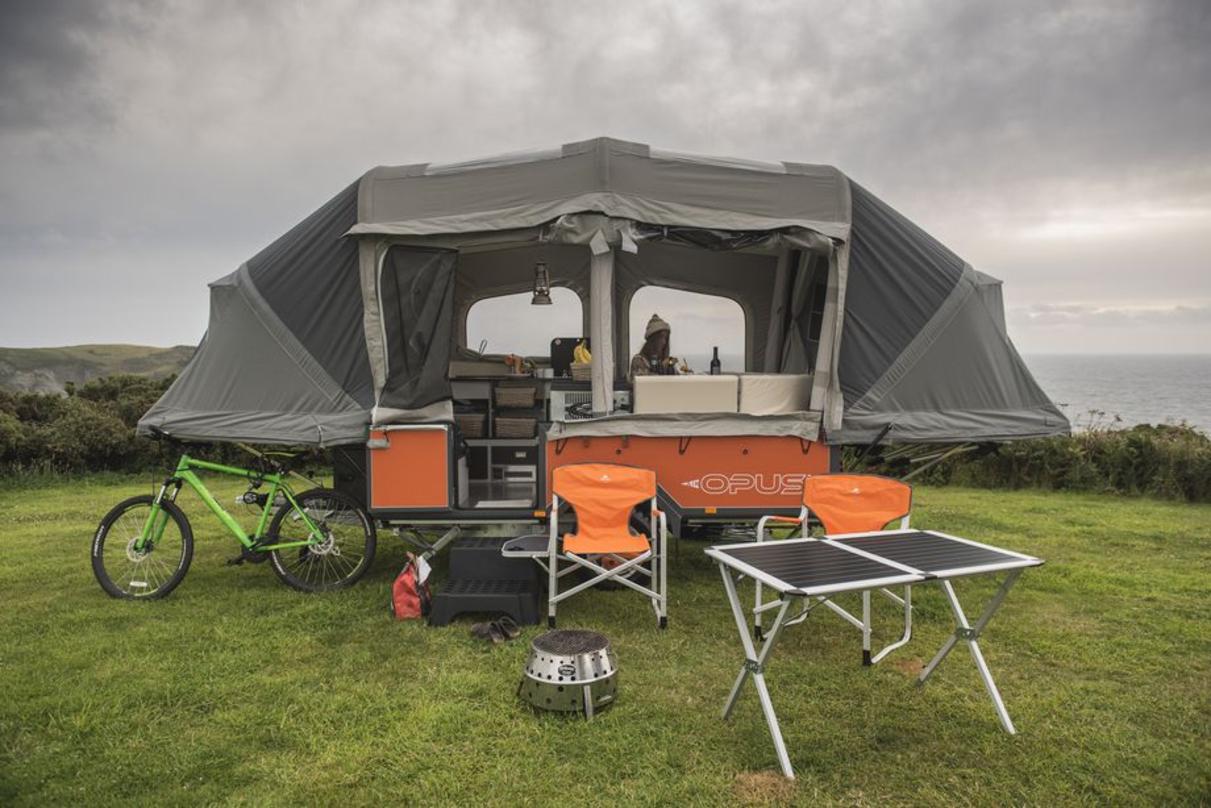