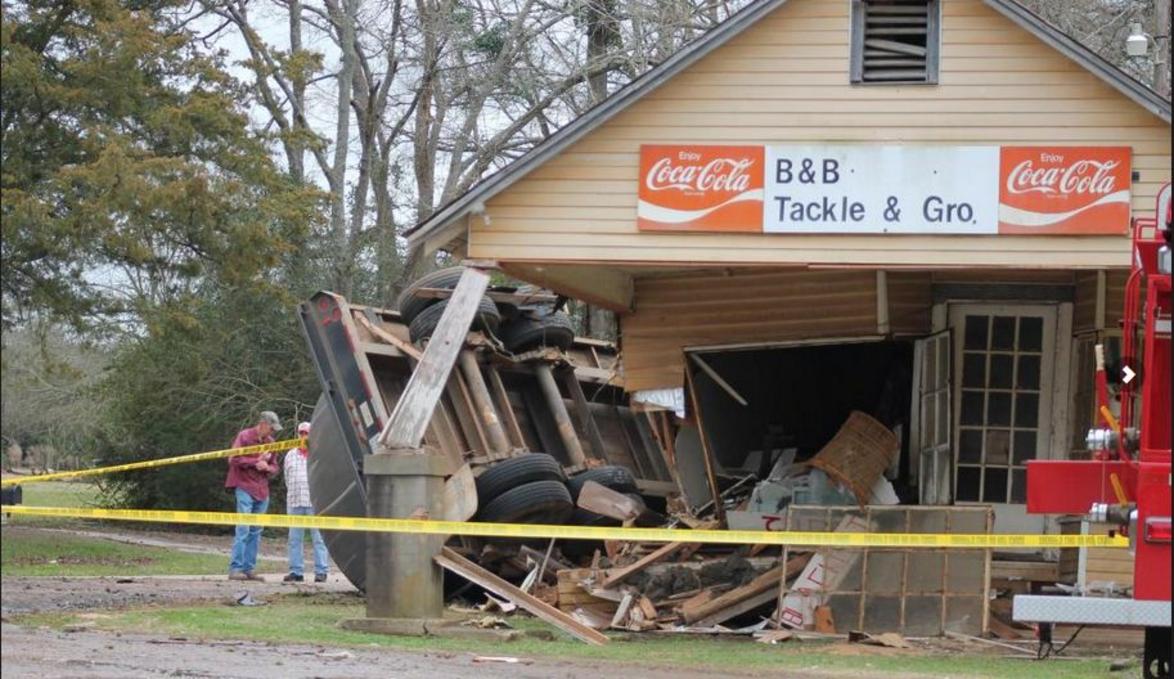 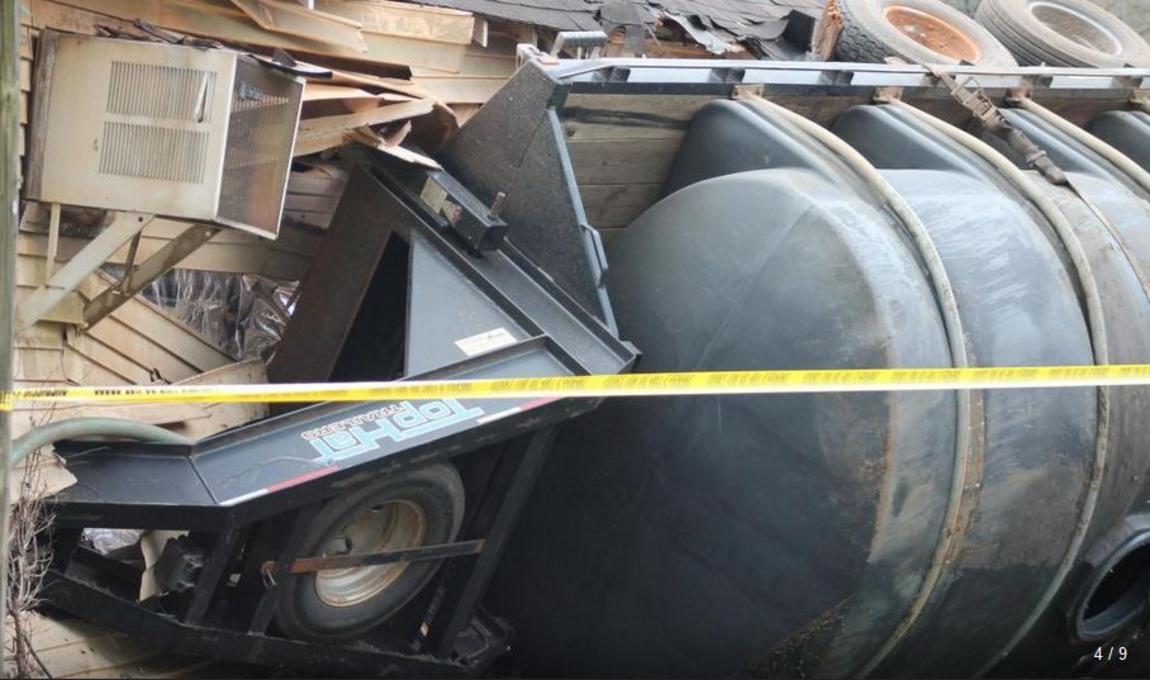 No injuries were reported Monday afternoon when a trailer reportedly carrying salt water came loose from the truck towing it at the intersection of CR 1211 and Texas Highway 7 West in the Aiken community.

The trailer tore into the side of the former B&B Tackle and Grocery building at the intersection. The trailer was being towed by a Ford F-550 flatbed truck when the wreck took place.

While an ambulance was distpatched no one was transported for medical attention, officials said. The truck only received minor damage. 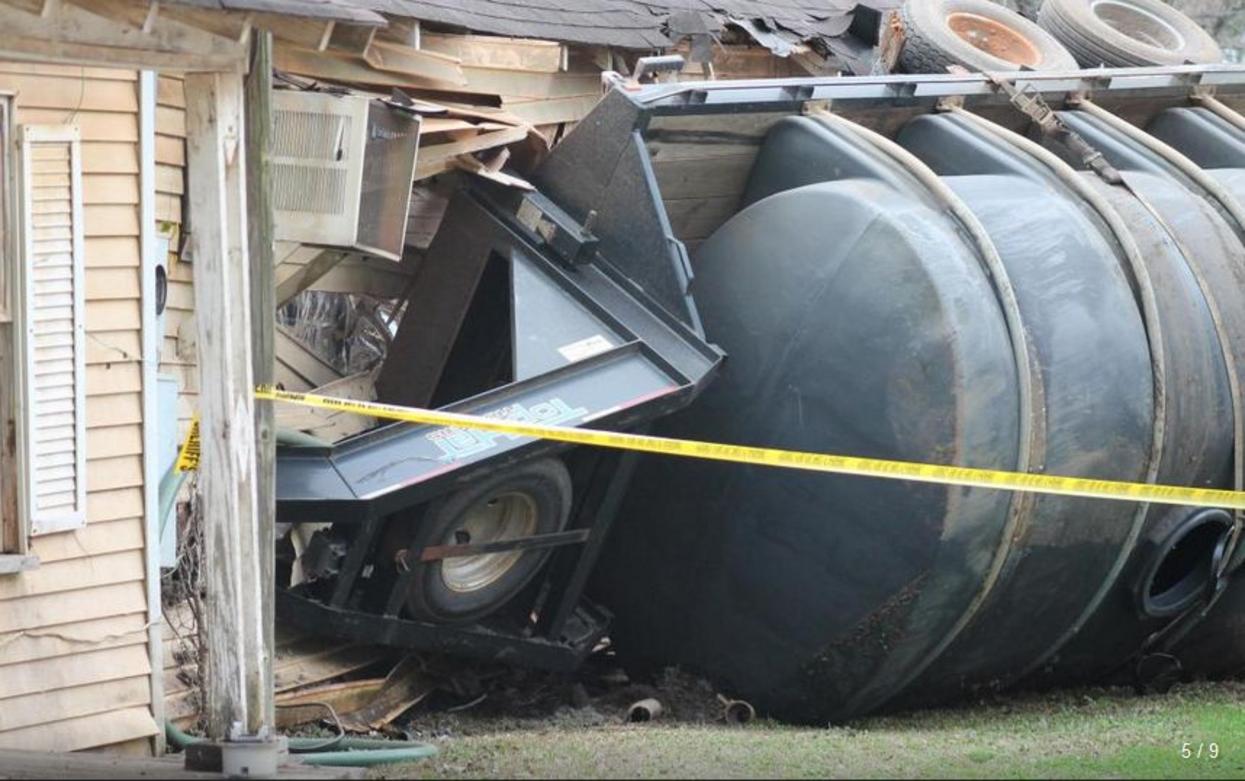 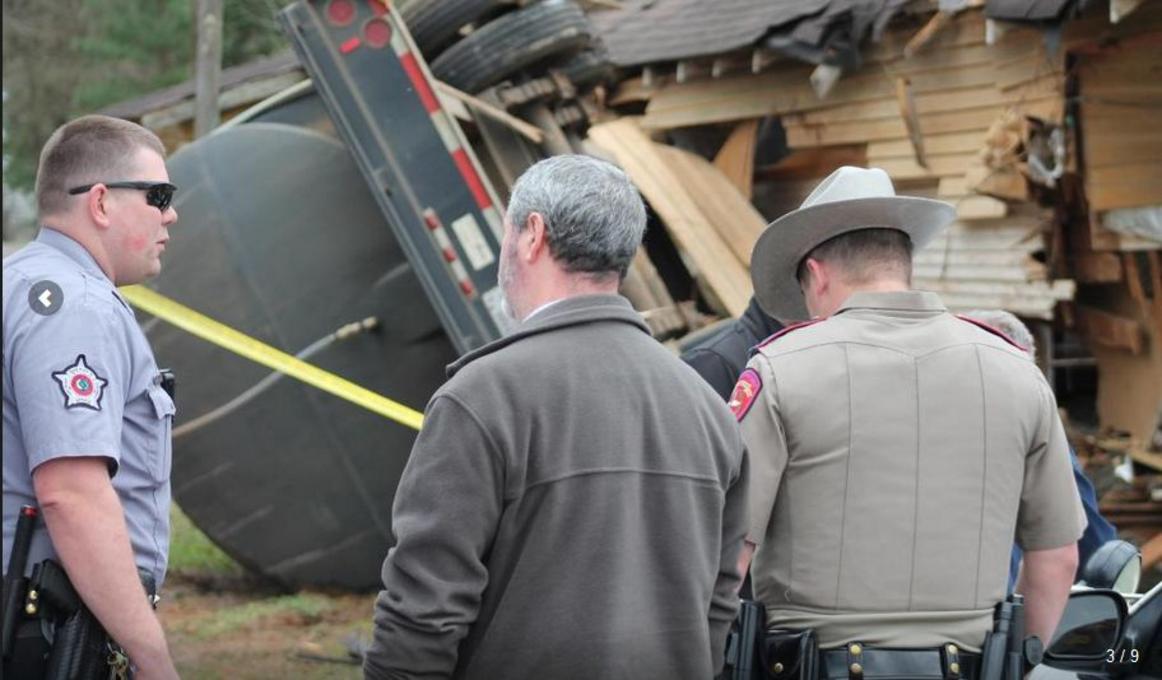 What Safety System did not work?

What is the make and model?

How many of this type are on the roads?

Why are so many people against us for asking public safety concerns?

Over 500 will die in 2020! By These loose trailers that hit people and vehicles instead of empty buildings. 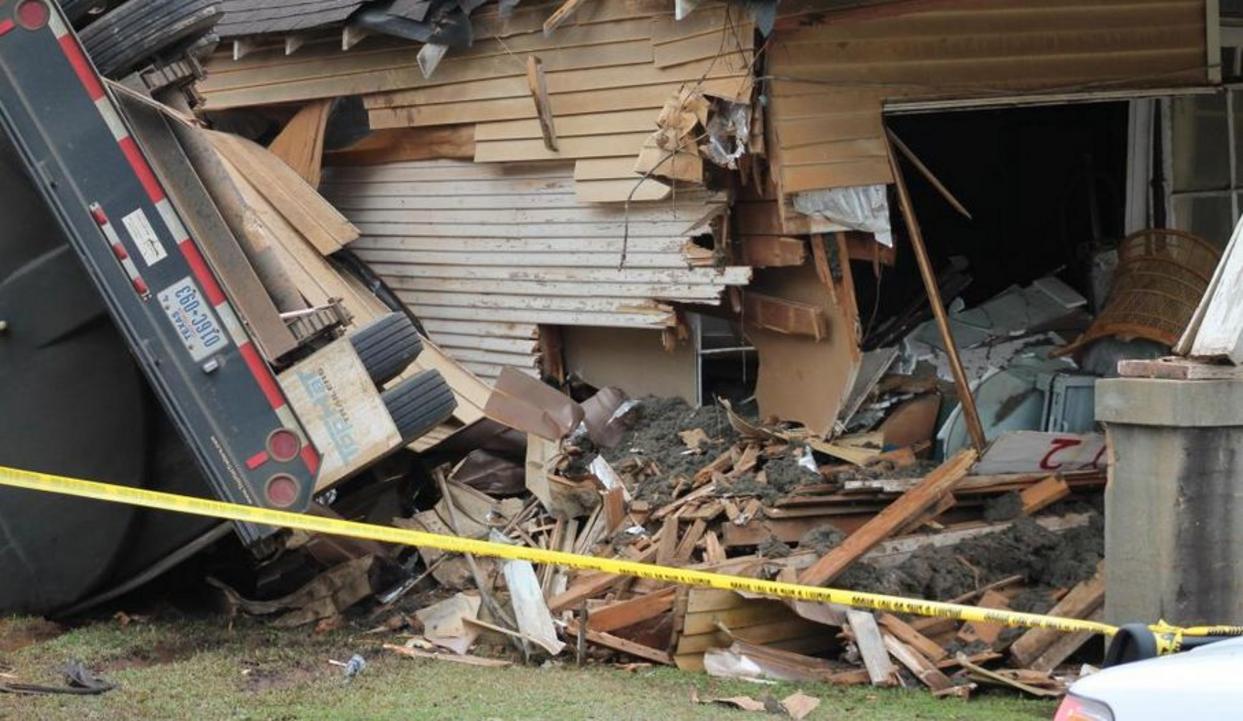 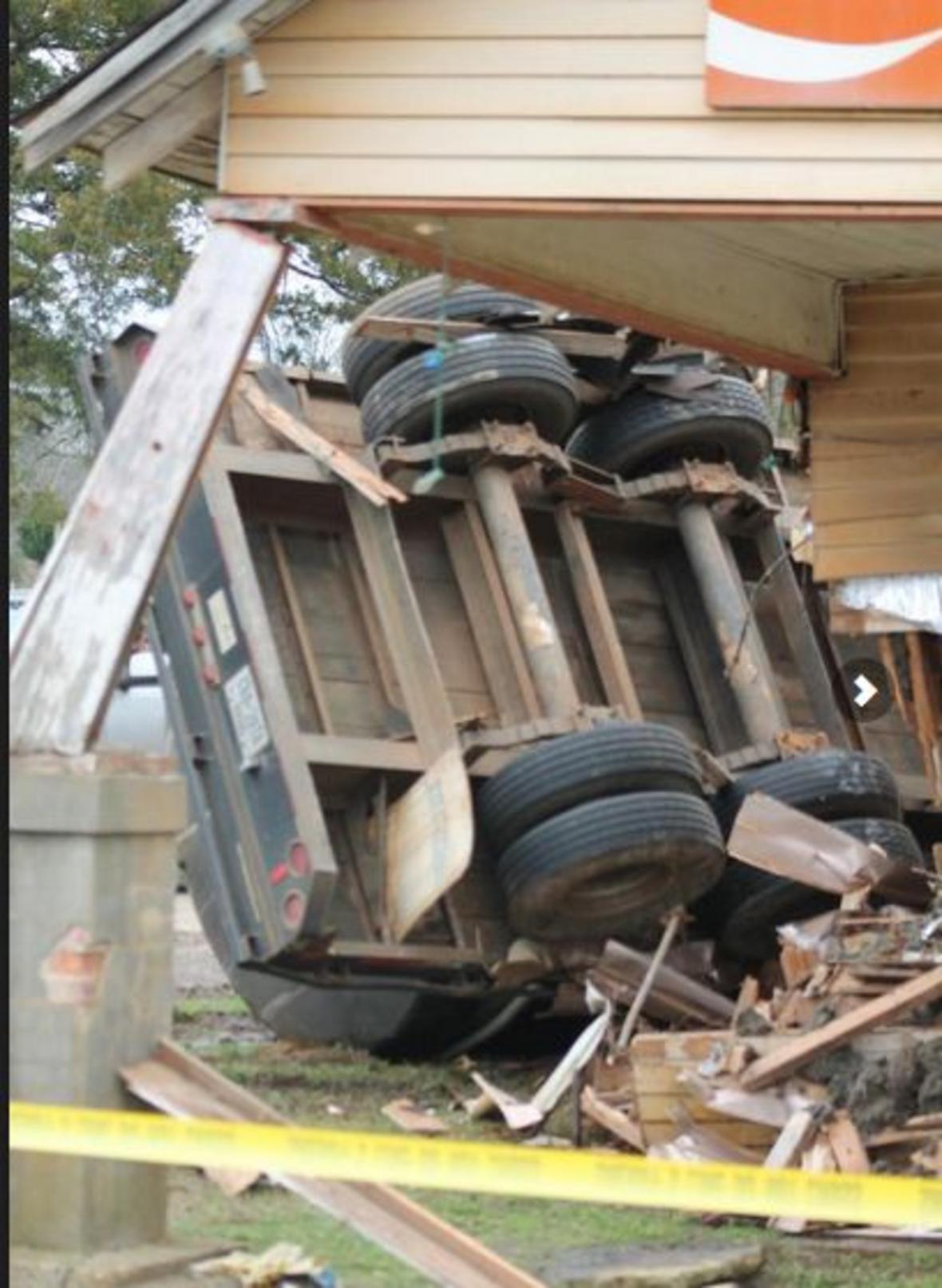 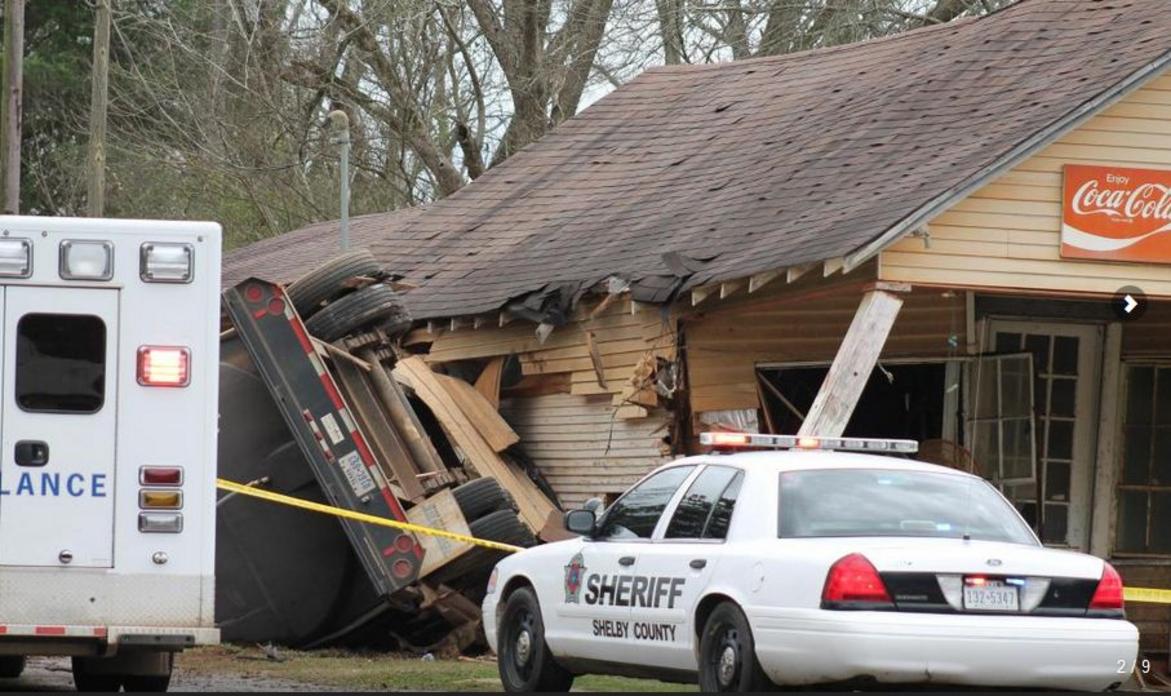 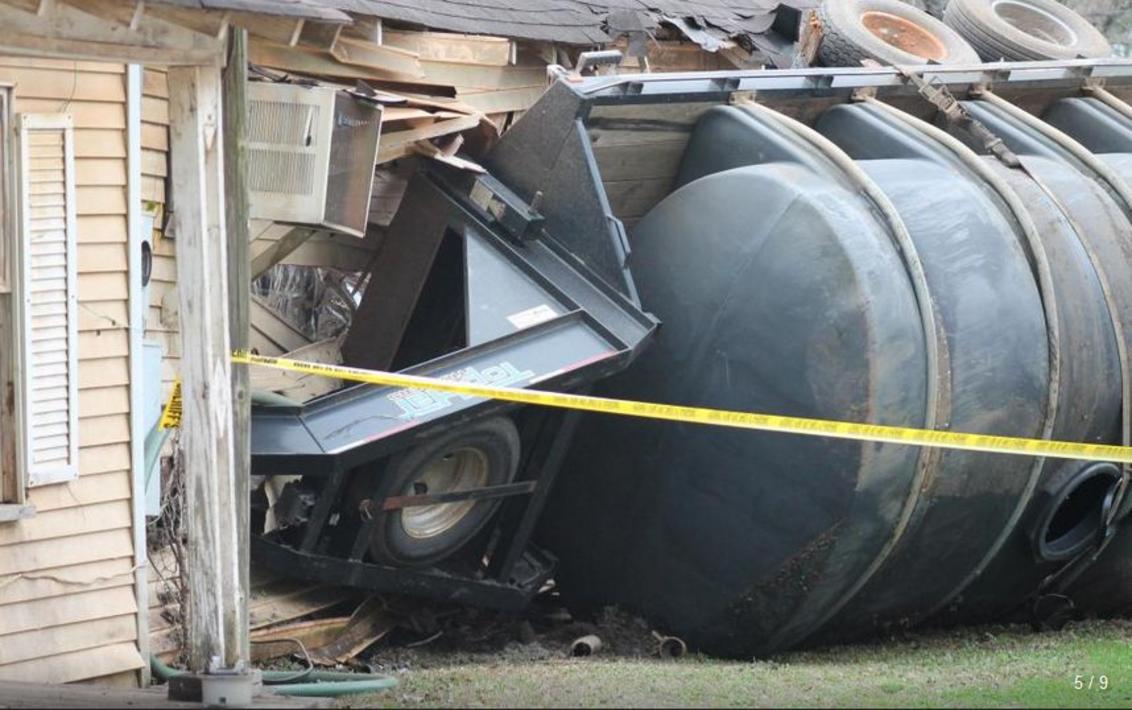