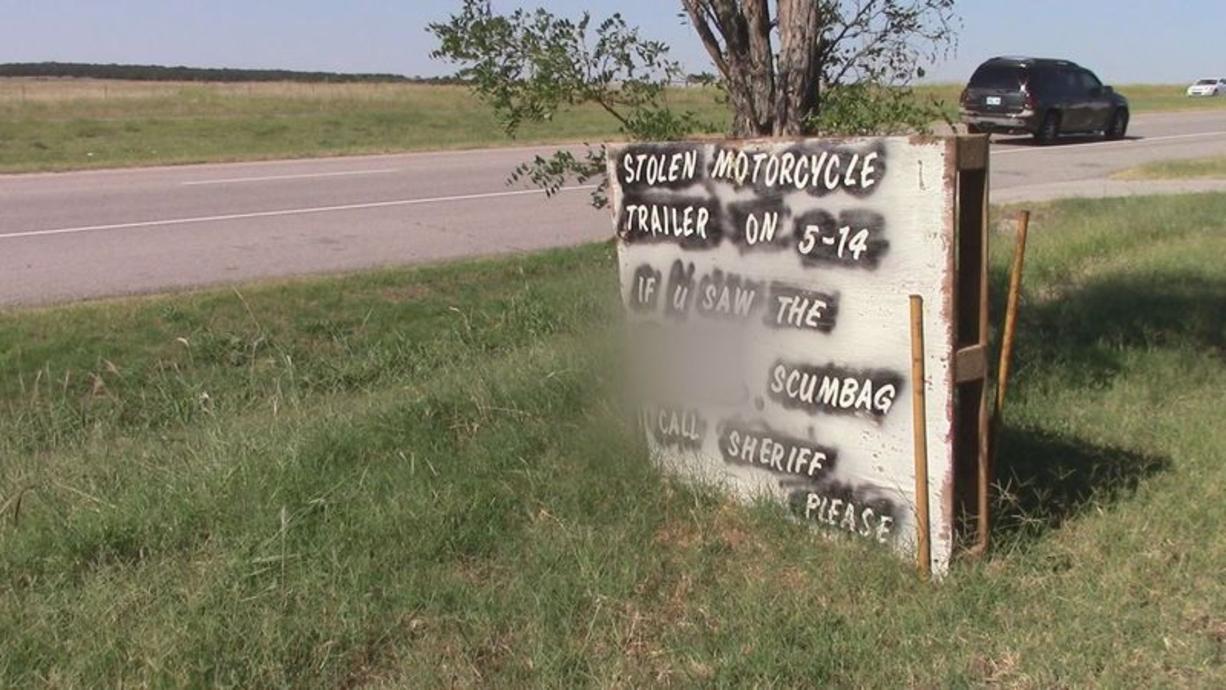 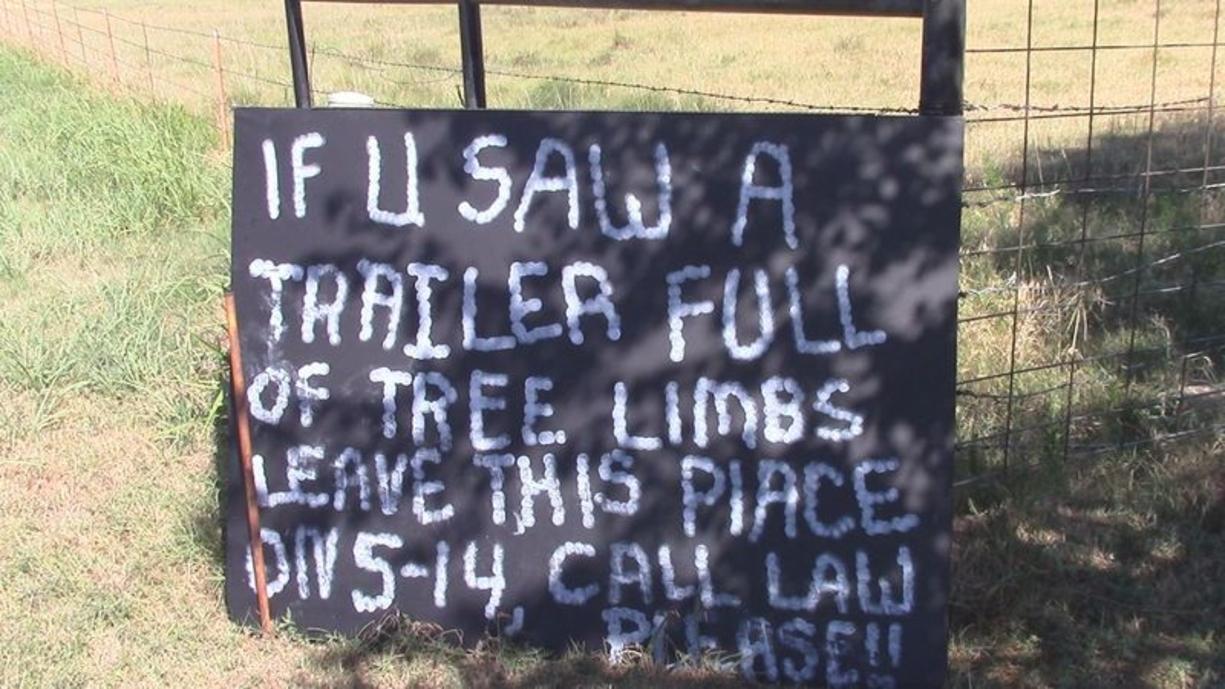 STEPHENS CO., OK (KSWO) - A woman who lives in Stephens County hopes two signs will help her find whoever stole a trailer from outside her house. It was taken from behind her home, off Highway 7 a few miles west of the Lawton, Duncan Y.

Once Rist saw that her trailer was stolen, she knew that she had to do something. So, she used the busy highway she lives on to her advantage. The two signs let people know when the trailer was taken, what it was carrying, and who they should call.

Since the thief or thieves stole the trailer during the day, the owner, Brenda Rist, believes someone must have seen them leaving her house, and she hopes the signs let people know that whoever took it didn't have permission.

The signs have gotten people’s attention.

"I'll be outside, and they'll stop and want to read the sign,” Rist said. “The more people aware of it, the more eyes that are going to be looking, so it doesn't happen to you, our neighbor down the road, whoever."

She said the thief hasn’t been caught yet. Her trailer didn't have sides and was filled with tree limbs when it was stolen.

"It was a motorcycle hauling trailer,” Rist said. “A flatbed with a wheel well in it. We didn't care for that, so we added a wheel chock that would hold a full-dress Harley Ultra Glide on it.

Rist was angry when she found out someone took it the day after Mother's Day.

"I came home from work, and it was gone,” she said. “There were two trails where they tore up the grass peeling out to get it."

She wants her trailer back and whoever stole it to be held accountable.

"I hate a thief. More than anything in the world, I hate a thief,” Rist said. “They're not capable of going out, and earning their own stuff, so they want to take something that somebody else has worked for."

If someone saw the trailer leaving this house on May 14th, they’re asked to call the Stephens County Sheriff's department.

Oklahoma is number two (2) on our list of the worst of the worst.   The victims of stolen trailers are the very same people who fight us and prevent us from preventing their trailer from being stolen in the first place.

Oklahoma does not register these trailers and by doing do prevents law enforcement from trying to establish "Probable Cause" which leads to a traffic stop and then can or would lead to recovery of stolen trailer.

www.stolentrailers.org?  Not a single donation and not a single penny? 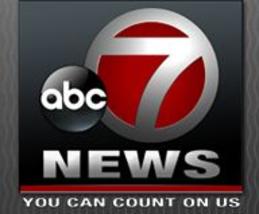