SPRINGFIELD, Mo. A trailer full of supplies for the family's business was parked at the Library Center on South Campbell in Springfield for just a few minutes during the noon hour Wednesday when security footage shows a gray or silver-colored SUV hooked it up and stole it.

"We parked our trailer here up to go up the road a half a mile to get some scaffolding to go do another job and came back here to get our trailer, and it was gone literally in 15 minutes," said Brian Taylor, the business owner.

Library security cameras captured it all, and police released the video to KY3/KSPR.

Taylor, who owns Premier Guttering & Siding, said it was not anyone with his company, and he did not recognize the thief or the vehicle. However, the loss of some $20,000 worth of equipment, along with the the ability to do his job, is already affecting his bottom line.

"I've had to give up one job already today, and this just happened on Wednesday," he said.

Since work is slow in the winter, losing jobs now really hurts the father of three. Taylor is hoping somebody saw something or remembers watching this all unfold.

"That's taking away from somebody's family, their work, their livelihood, and this just really hurts somebody would go out here and do that," Taylor said.

The stolen trailer is clearly marked with the company name and number. The owner is offering a reward for its return. 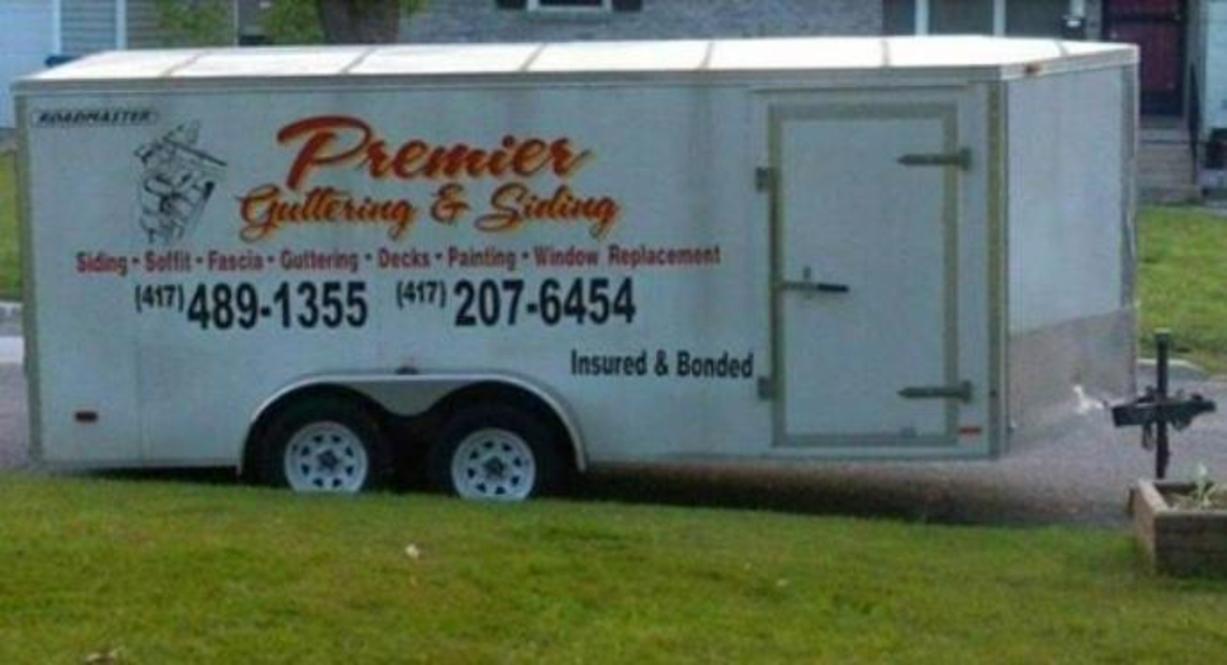 Trailers are the most often things stolen on wheels and the least often found!  Ron J. Melancon