KILLEEN, Texas (KWTX) A Killeen couple’s home maintenance and construction business was temporarily sidelined after someone stole a cargo trailer and $5,000 worth of tools.

The Isbell Maintenance and Construction cargo trailer with the tools inside was stolen early Wednesday morning.

"Our phone rang at about 5:30 Wednesday morning with reports that someone was stealing our trailer,” Becky Isbell said.

The trailer was parked at the Ashton Park apartments just as it has been for several years.

"I've never have had any issues any problems,” she said.

"It's very discouraging. We showed up and it was gone. We had $5,000 dollars’ worth of equipment in it,"

After talking with police, she sent out a Facebook post asking for the community to help locate the trailer.

"My husband and I were able to save cash for this trailer, it was the first piece of equipment. It was very hard"

Within hours police located the trailer a few a miles away from the apartments.

"It was trashed and all the tools were gone," she said.

The thieves had slashed the trailer’s tires, broken the taillights and spray painted A-Z Tree Co in red letters on the trailer’s side.

"It breaks my spirit a little bit. If we don't have our tools, we don't work and we don't get paid,"

The couple has insurance, but Isbell says she prays that those who stole her tools return them.

"I mean I do forgive whoever did this. I just wished they would have asked instead of just taking something that was ours and then vandalizing it" 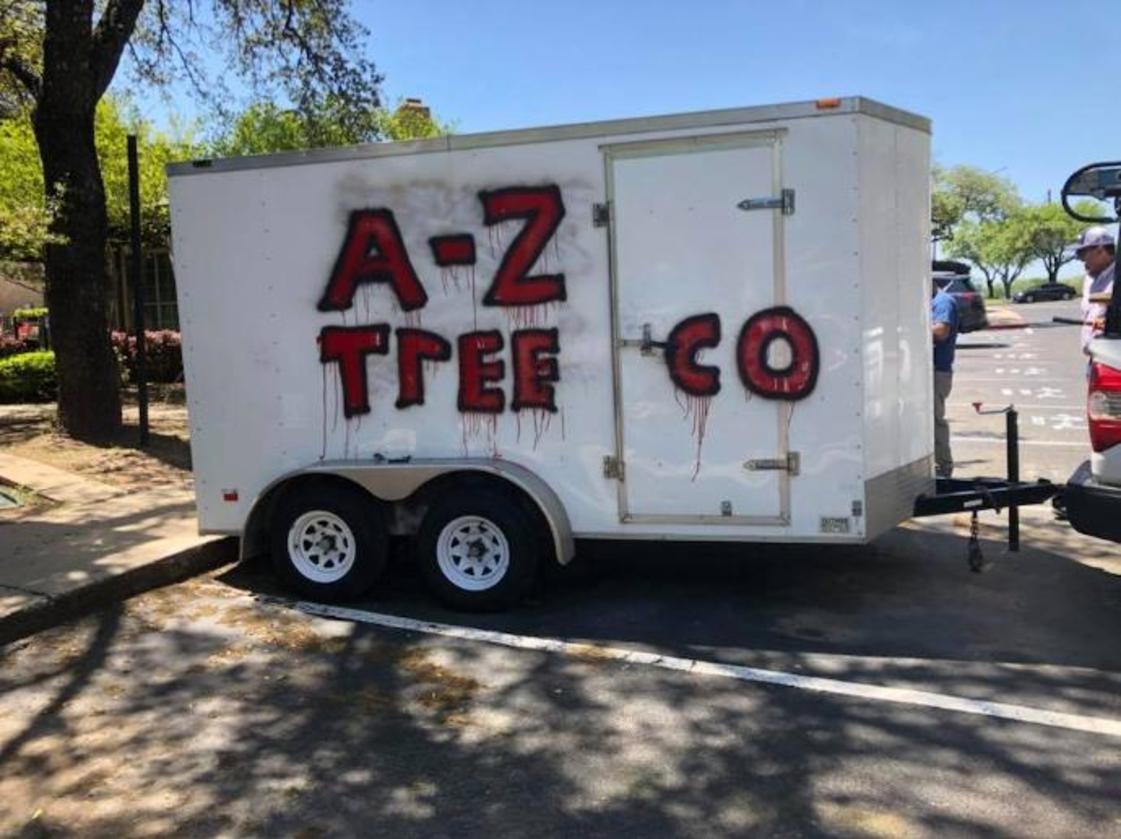