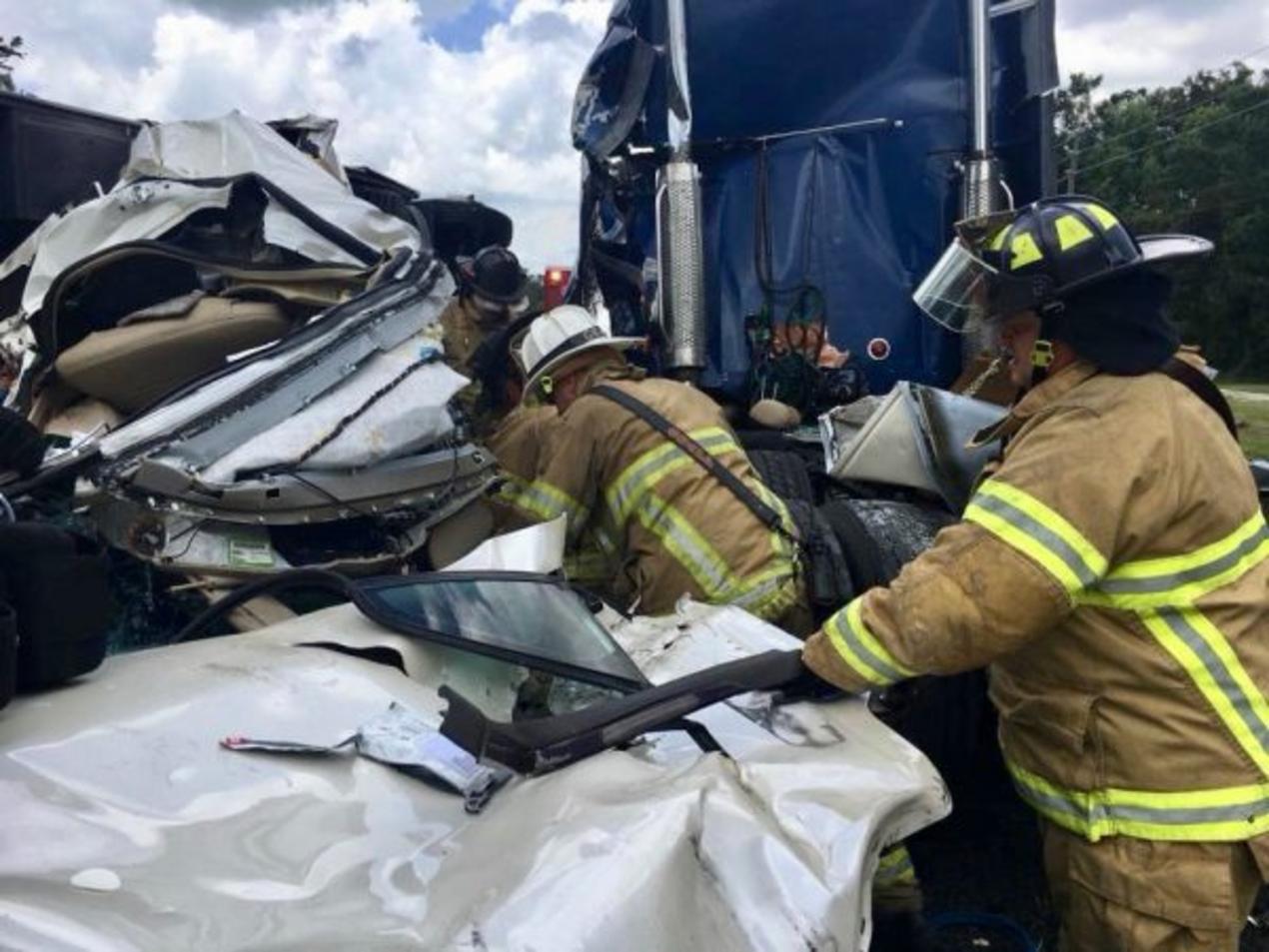 Did you know the RV Industry has tried to crush us....and destroy our educational effort that is trying to expose that ANYBODY can drive a RV with a regular license? More people will get killed by RV's driven by unsafe drivers using regular license.....and injured than teenagers who text and drive. Don't you find it odd that only our organization at dangerousrvs.org is talking about it? Does one have to hit a school bus and kill 22 children to get you to notice? https://youtu.be/iCVNDvmwixU 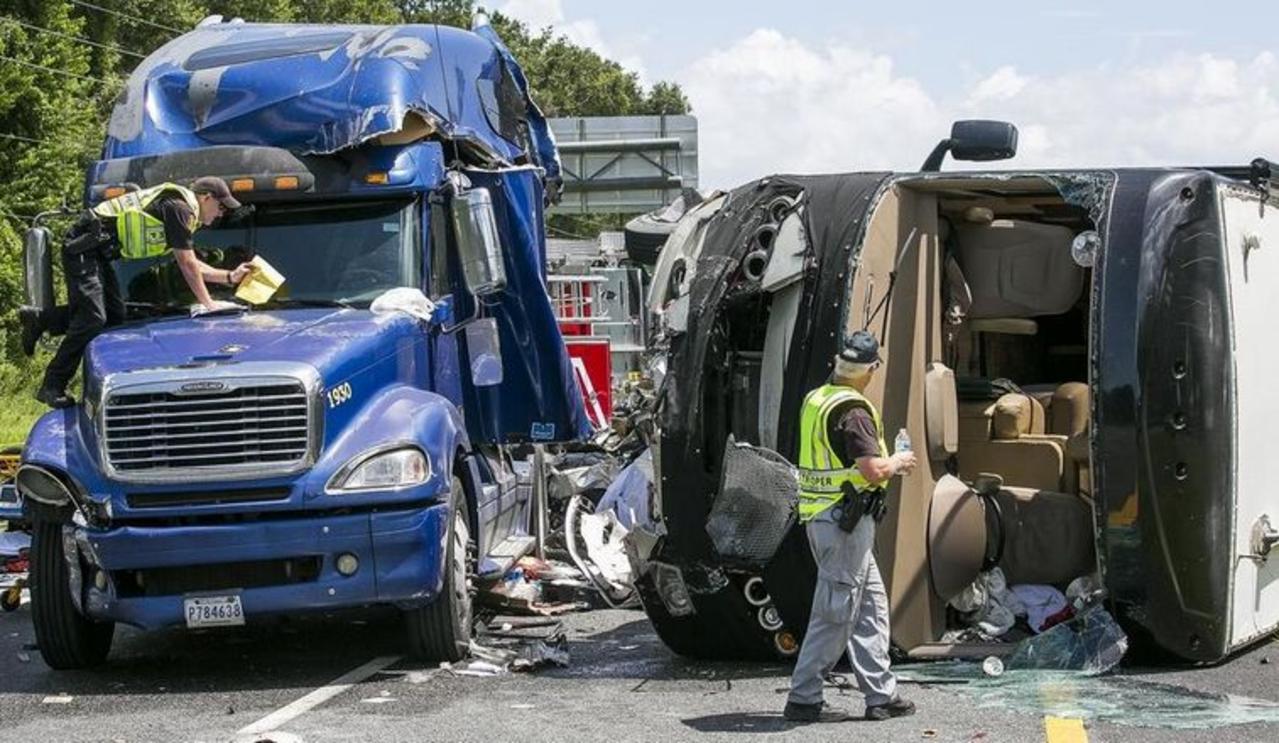 BREAKING NEWS: Thoughts and prayers with the friends and family of Joshua H. Slaughter, 69, and Rita M. Slaughter, 72, of Fort Myers who were killed while they were stopped in traffic along U.S. Hwy 441 after a motor home failed to stop and set off a chain-reaction collision. 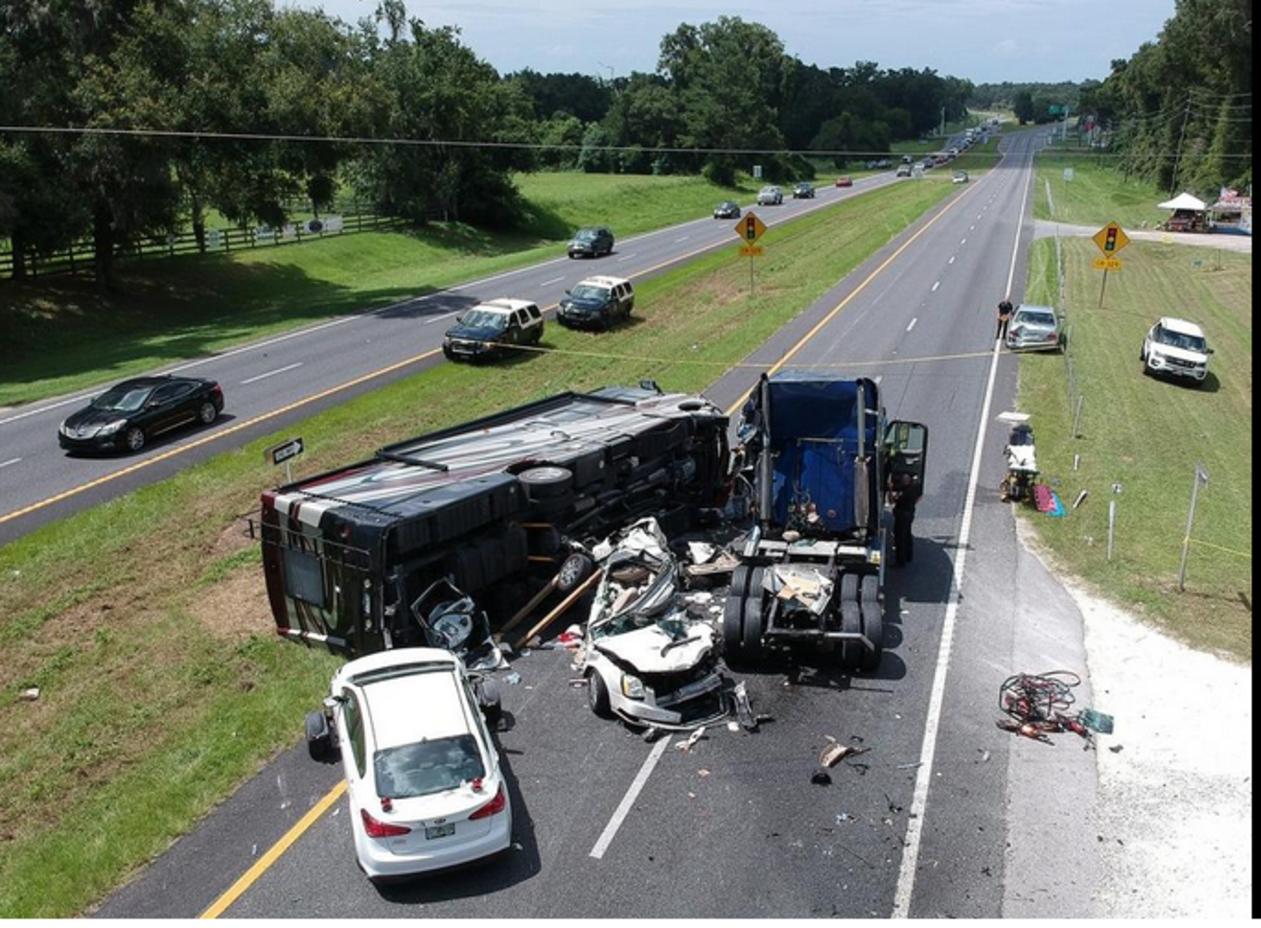 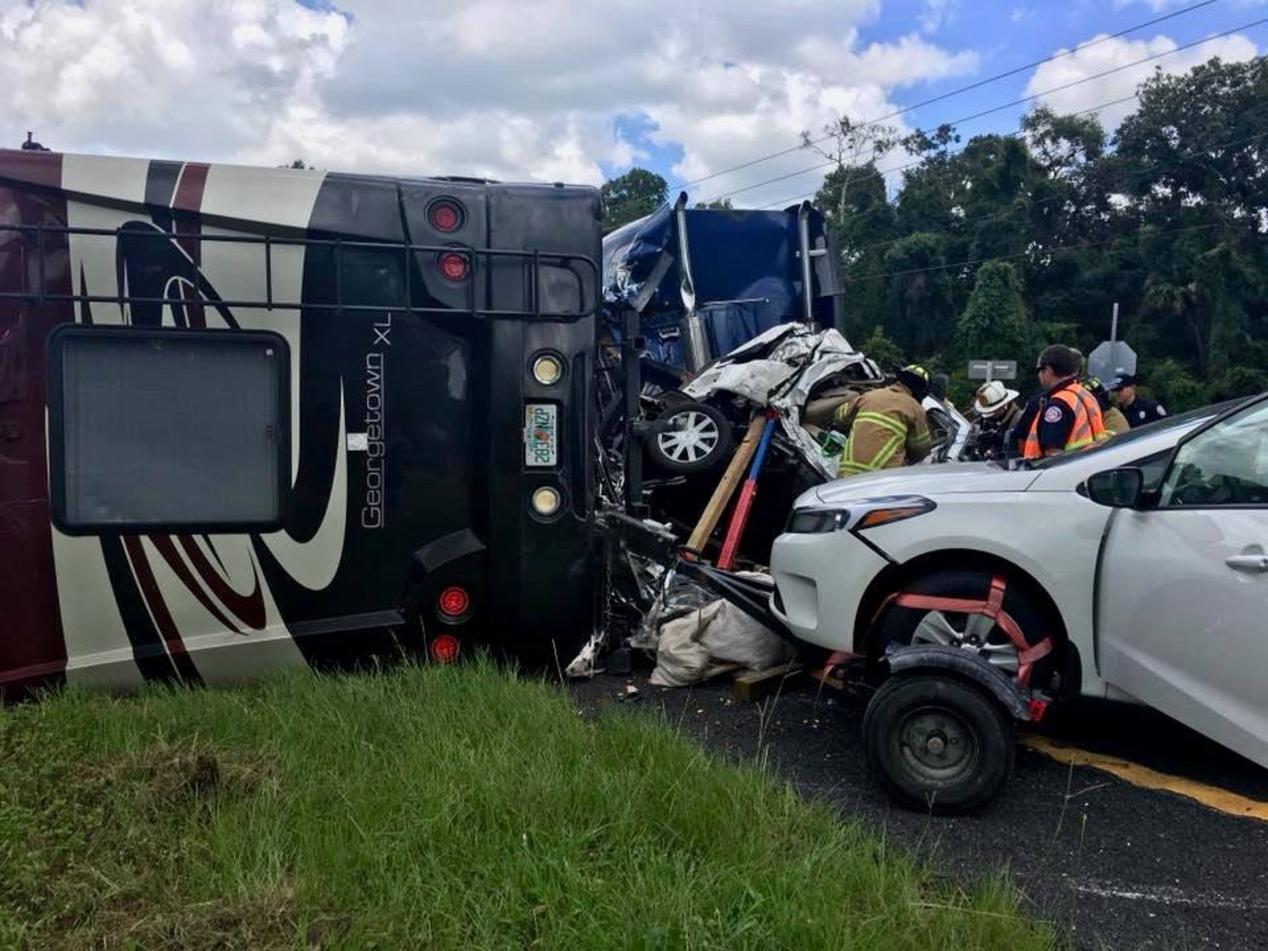 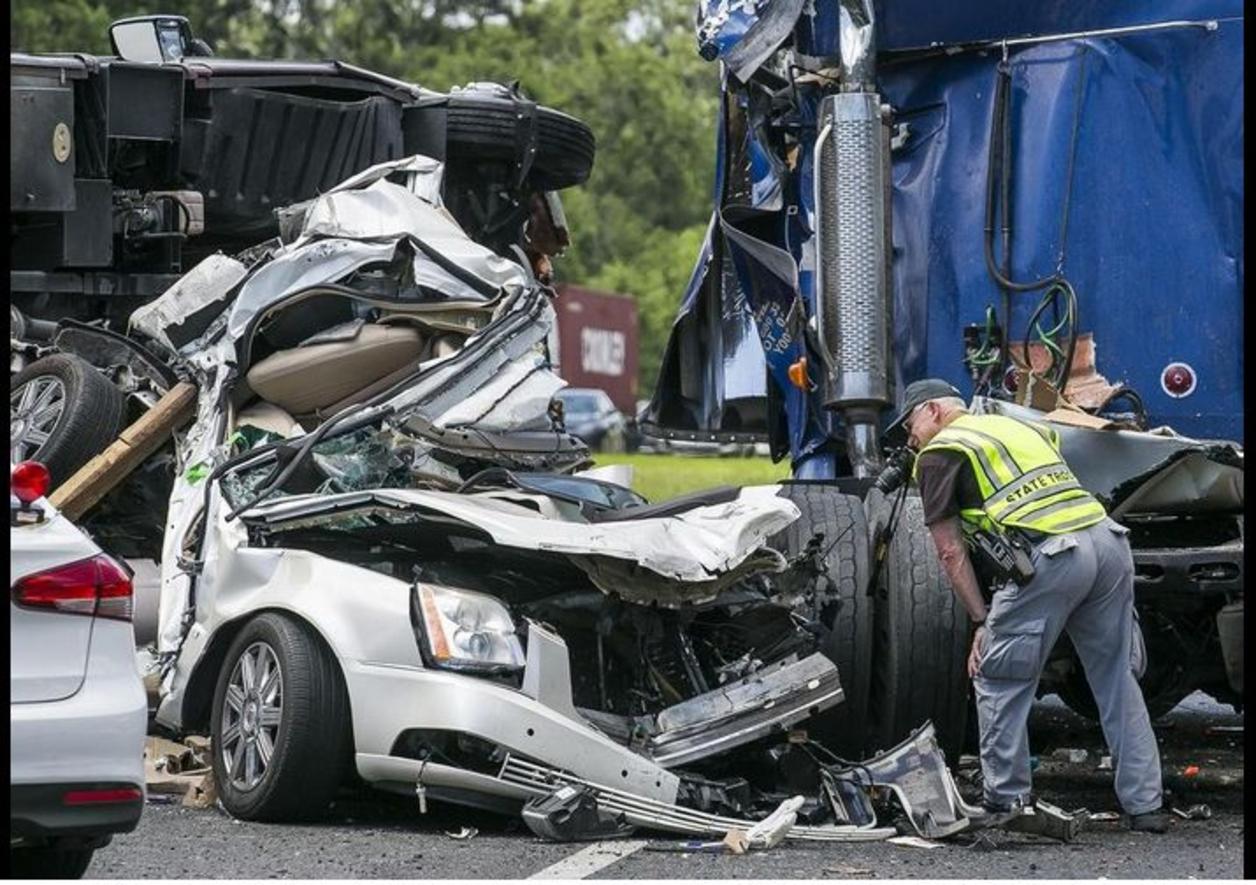 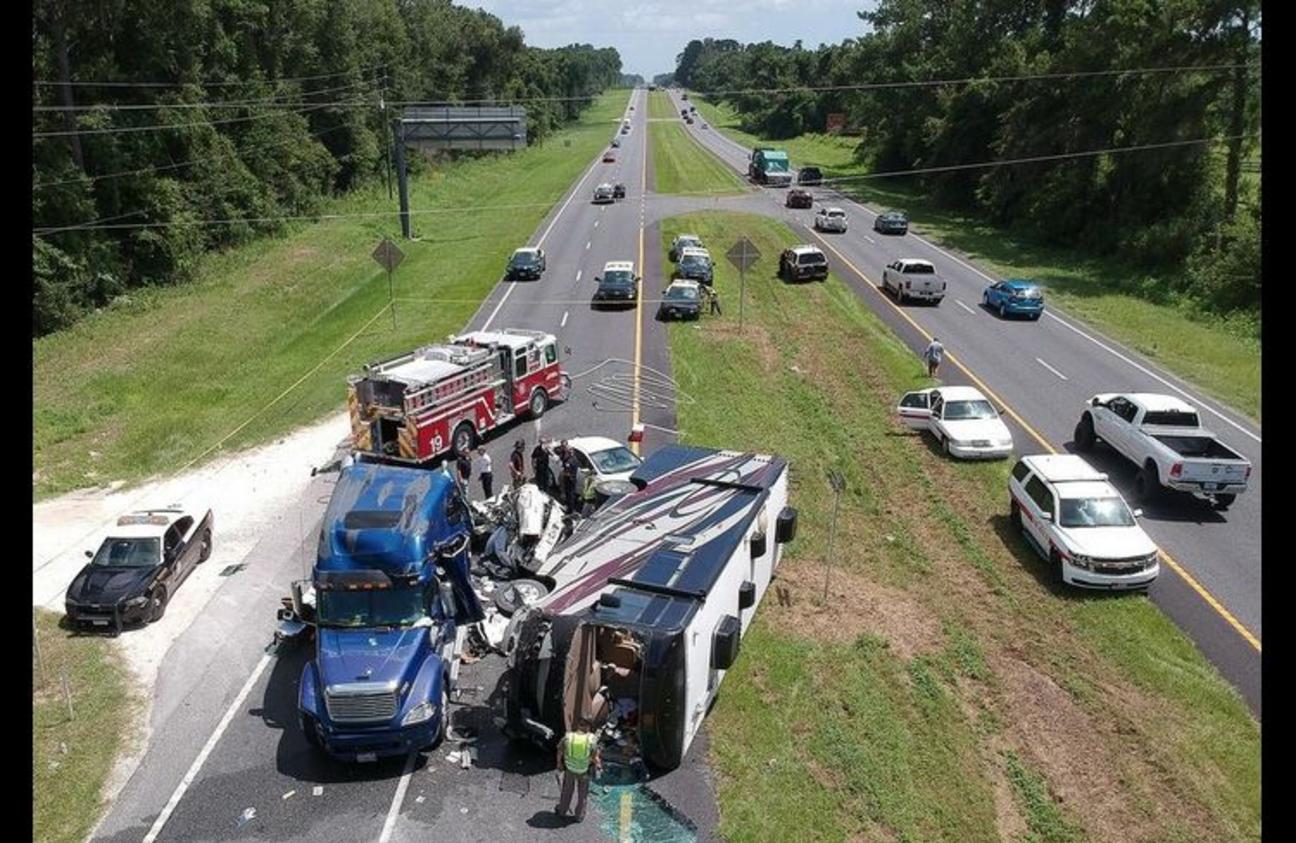 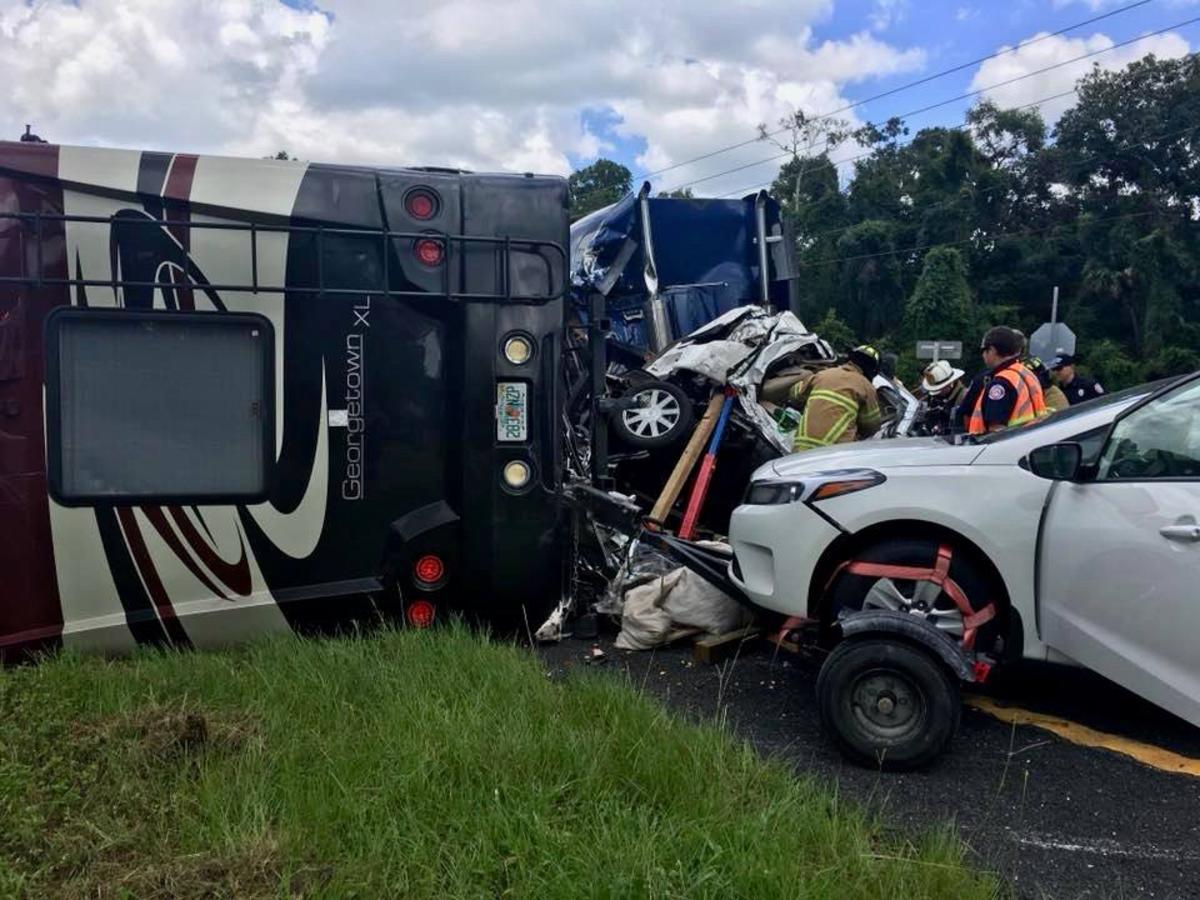 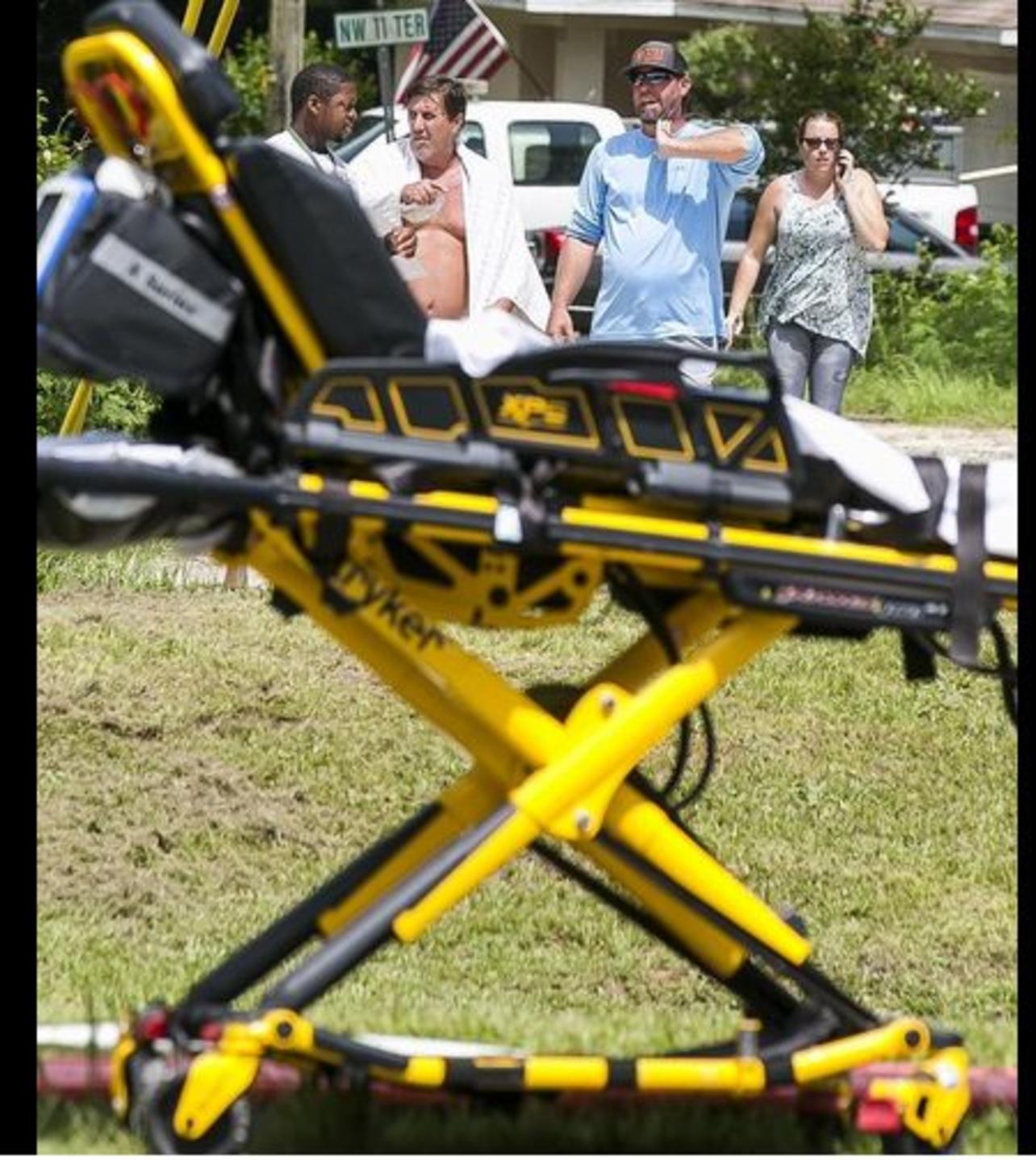 A man and woman from Fort Myers were killed in the accident Friday afternoon.

MARION COUNTY — A man and woman from Fort Myers were killed in a four-vehicle crash when their car was hit from behind and crushed by an RV on U.S. 441 — just south of the U.S. 301 split — in northern Marion County on Friday.

There were four vehicles involved: a Cadillac, an RV that was towing a Kia, a semi cab that did not have a trailer attached and a Mercedes-Benz sedan. The deceased victims, a husband and wife, were in the 2007 Cadillac.

The wreck backed up traffic for several hours on the normally busy northbound lanes of U.S. 441. With traffic so heavy, Sheriff’s officials urged motorists traveling northbound on U.S. 441 to detour at County Road 326.

Wilford used a fire extinguisher to put out the ensuing fire. He and two other men broke the windshield and got a husband and wife in the RV to safety.

The RV driver is Herbert Goldman, 76, from Jensen Beach. He said he could not stop in time. “I ran over it,” he said, referencing the car.

Goldman said he broke his collarbone. His wife, Carol, 72, is OK.

“Now I’ve got to live with killing someone,” he said.

Marion County Fire Rescue received the call at 1:44 p.m. and was on scene at 1:49 p.m. Fire officials began extrication and were able to remove the passenger, a woman, who was in the Cadillac. She was transported to Ocala Regional Medical Center, where she died. The driver was pronounced dead at the scene at 2:09 p.m.

Florida Highway Patrol troopers identified the driver as Joshua Slaughter, 69, and the woman as Rita Slaughter, 72. The couple were from Fort Myers, troopers said.

After a preliminary review, the Florida Highway Patrol concurred with Wilford’s description of what happened.

By 7 p.m., the roadway was open for traffic.

Sign up for daily e-mail
Wake up to the day’s top news, delivered to your inbox

The Florida Highway Patrol has identified a couple killed in a four-vehicle crash Friday afternoon on U.S. Hwy. 441 in Marion County.

Joshua H. Slaughter, 69, and Rita M. Slaughter, 72, of Fort Myers had been stopped in traffic in their 2007 Cadillac DTS, at 2:05 p.m. when a motor home failed to stop for traffic and set off a chain-reaction collision, according to an accident report from the Florida Highway Patrol.

Marion County Fire Rescue was on the scene of the crash Friday afternoon on U.S. Hwy. 441.

Other vehicles involved in the chain-reaction collision were a semi driven by 69-year-old Robert Isham of Estill, S.C. and a 1997 Mercedes 4S driven by Nancy B. Boylston of Tybee Island, Ga. Isham suffered minor injuries and was transported to Ocala Regional Medical Center.