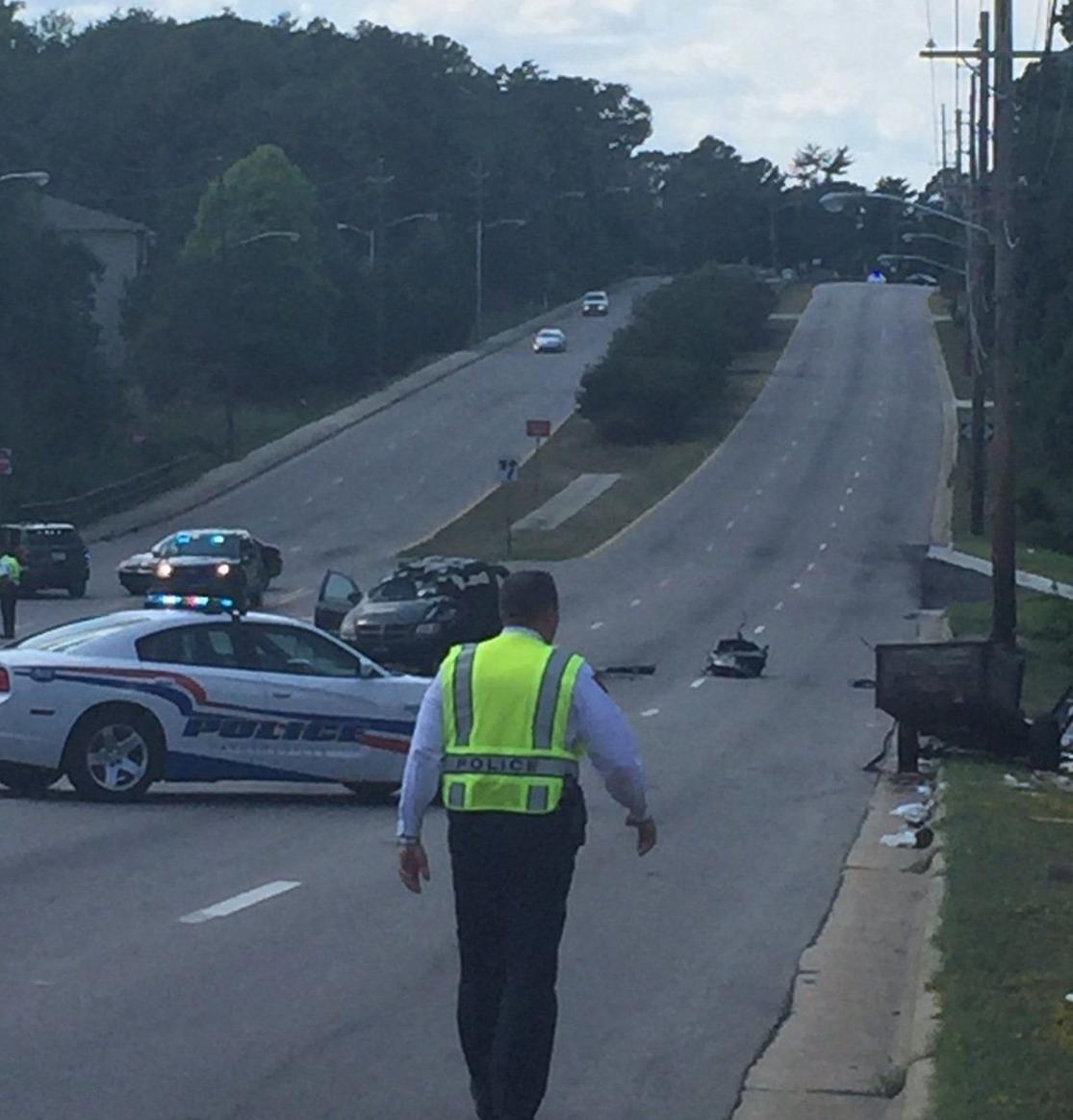 A wreck Thursday afternoon closed outbound lanes of Bragg Boulevard for about a mile in Fayetteville and left one person with serious injuries.

Police were dispatched to the intersection of Bragg Boulevard and Pilot Avenue about 2:15p.m. A utility trailer linked to a 2009 Jeep Grand Cherokee traveling southbound on Bragg Boulevard became detached and hit a 2001 Dodge Grand Caravan headed northbound on the boulevard, the release said.

The trailer appeared to have been carrying a variety of tools. The tools were strewn about the northbound lanes of the boulevard and the side of the road.

The minivan driver was pinned in the vehicle with serious injuries when police arrived, Holloway said. Officers and other emergency personnel were able to get the driver out. He was the only person in the van.

The Jeep driver was not injured.

Police closed the outbound lanes of Bragg Boulevard from Filter Plant Drive to McPherson Avenue - about a mile stretch - to investigate the wreck and clear the debris.

The incident remains under investigation.

Staff writer Monica Vendituoli can be reached at vendituolim@fayobserver.com or 486-3596.

One critical after Thursday crash on Bragg Boulevard

Other Accidents in the State has happened and they continue to ignore the problem....why?