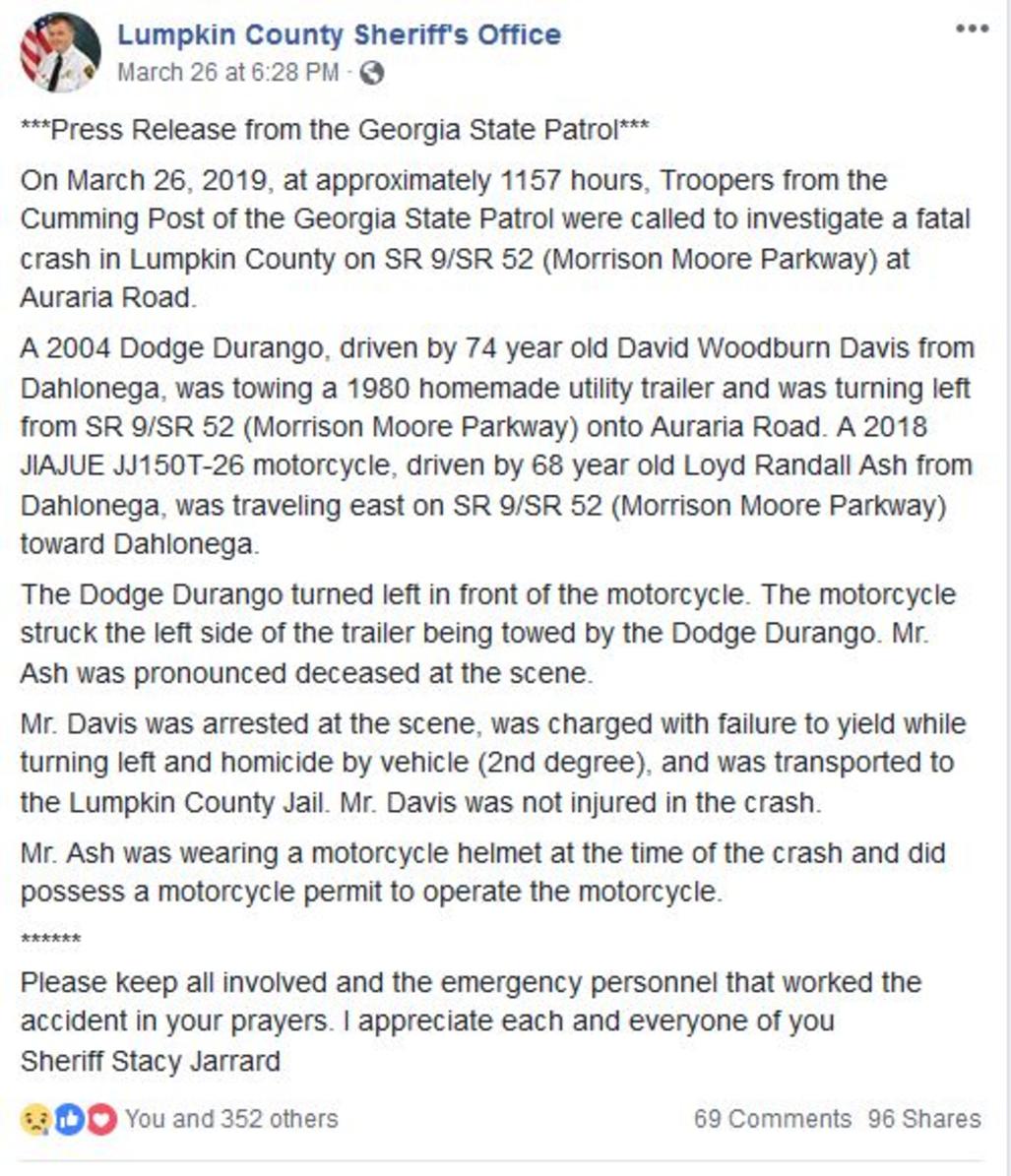 Why are people towing "Homemade" Trailers with no product liability?  Could Boeing build a 737 Max 8 homemade?

This is not right correct?

A 74-year-old Dahlonega man faces charges after he was involved in a crash that killed a motorcyclist in Lumpkin County, authorities said.

He’s accused of turning left onto Auraria Road in front of a Jiajue motorcycle driven by Loyd Randall Ash, 68, of Dahlonega, the post said. This allegedly caused the motorcycle to hit the left side of the trailer, killing Ash.

Davis was arrested at the scene, and he faces charges of second-degree vehicular homicide and failure to yield when turning left, jail records show. He remains in jail on a $4,850 bond.