12 States Have No Registrations for these trailers!

FEMA has done a real poor job in controlling it's assets and these trailers are stolen all the time.

FEMA trailers also kills innocent Americans .....just like Boeing 737 Max 8 they try and get away with killing people but we are the only organization who is trying to expose FEMA for their harassment of our organization and their

COLLUSION attempts to suppress us into giving up.

The FEMA trailer was found at the Shasta Woods Mobile Home Park in Mt. Shasta, according to Omar Valdez of the California Highway Patrol.Posted: Mar. 29, 2019 11:08 AM
Updated: Mar. 29, 2019 4:41 PM
Posted By: Stephanie Schmieding
AddThis Sharing Buttons
Share to Facebook
Share to TwitterShare to EmailShare to Print

UPDATE 3:25 p.m. Friday, March 29, 2019 - The FEMA trailer was found at the Shasta Woods Mobile Home Park in Mt. Shasta, according to Omar Valdez of the California Highway Patrol.

The vehicle was empty when officers arrived on the scene, so no suspects have been arrested.

The investigation is ongoing.

The trailer is a white Salem 32-foot travel trailer with grey, blue and orange striping. The vehicle is similar to the image below.

Stay with Action News Now for the latest updates as they become available.

RED BLUFF, Calif. - An employee of the Red Bluff RV Park told Action News Now that a FEMA trailer was stolen from the park on Friday morning.

The employee called California Highway Patrol and the Tehama County Sheriff's Office to report the crime.

She said that the trailer belonged to Camp Fire victims, but they moved out over one month ago.

Officers are on scene at the trailer park, located at 80 Chestnut Avenue in Red Bluff.

Stay with Action News Now for the latest updates as they become available.

WE ASK HOW MANY ARE MISSING?

Click Here And Find Out How The State Of
South Carolina Has "Colluded" With
FEMA To Suppress And Hide
FEMA Trailer Comes Loose In South Carolinia And Kills
Susan Shaffer And The National Media Ignores Her Death?
Why Click Here 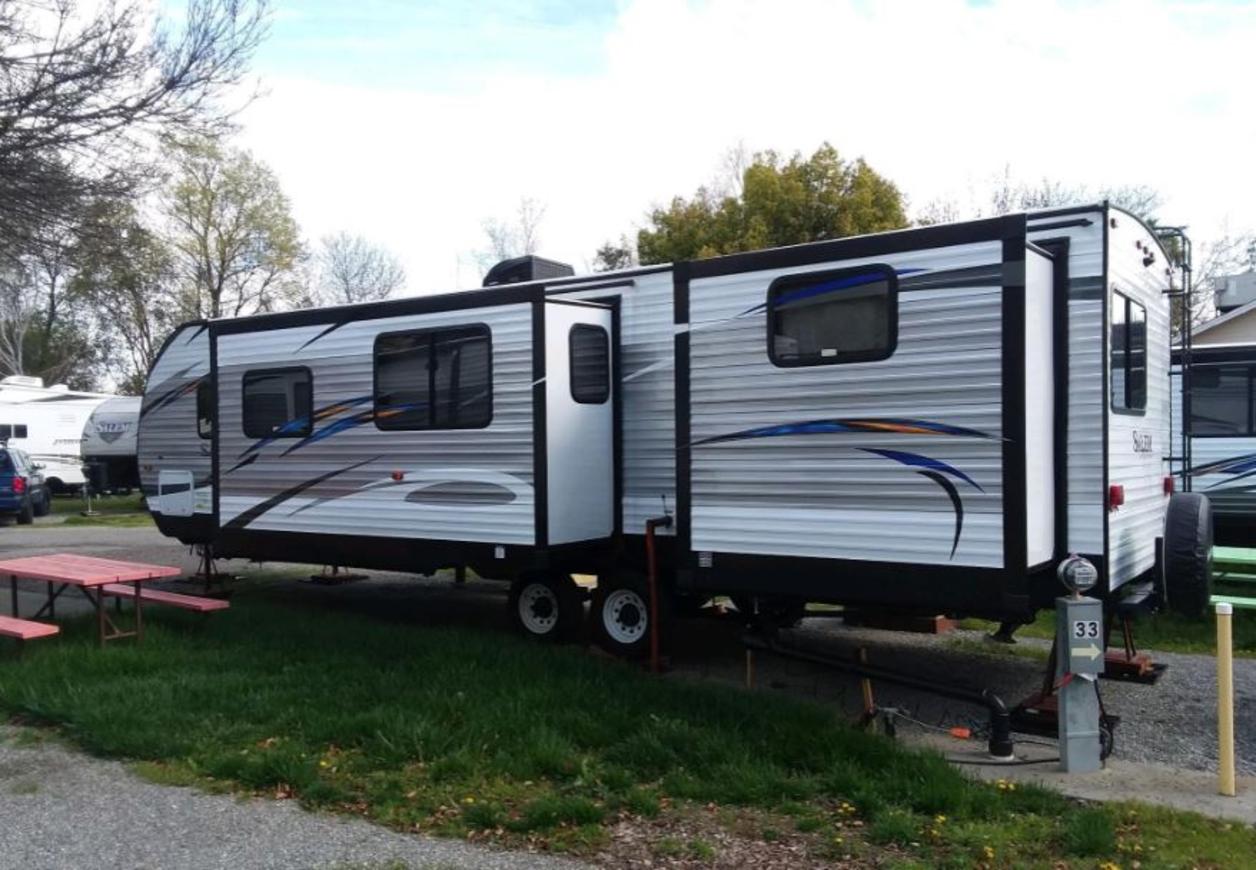