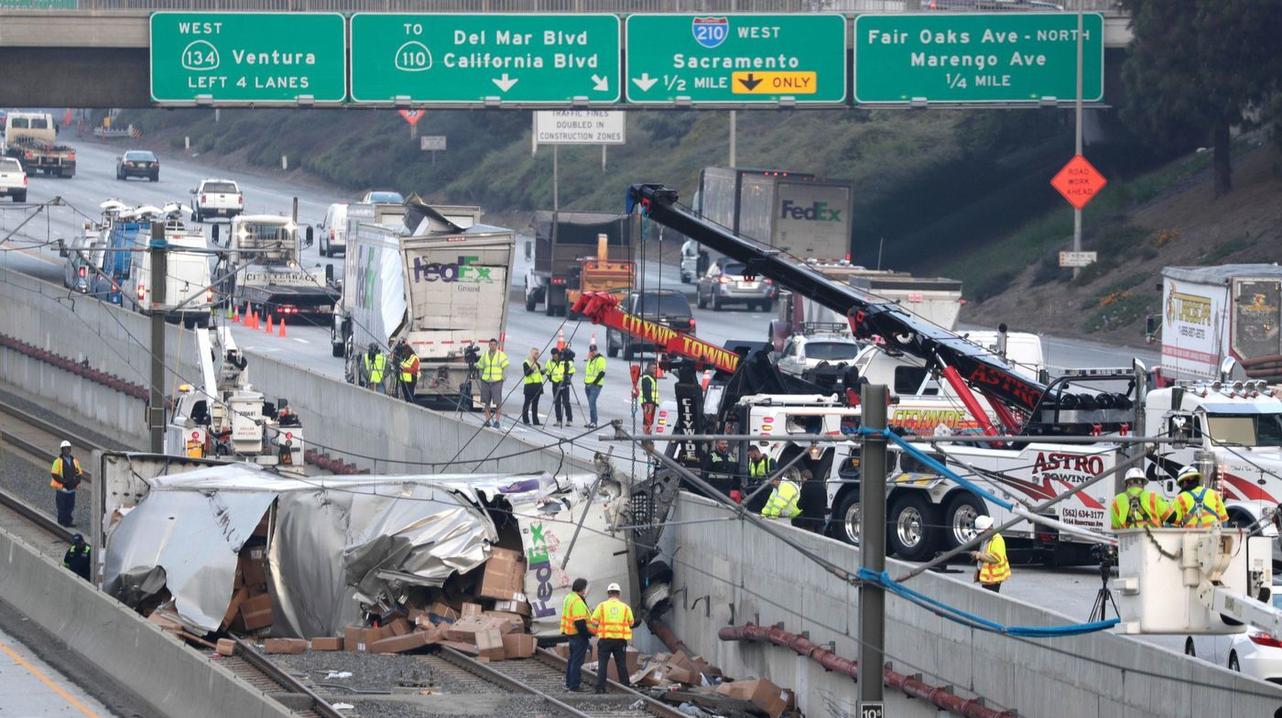 Why Are So Many Fed Ex Trucks Having So Many Safety Violations?

Clean-up is underway after a FedEx truck traveling on the 210 Freeway crossed into a median and toppled onto Metro Gold Line tracks in Pasadena early Thursday. (Irfan Khan / Los Angeles Times)

A FedEx truck traveling west on the 210 Freeway crossed into a median and toppled onto Metro Gold Line tracks in Pasadena early Thursday, authorities said.

The crash occurred around 1:20 a.m. near the Lake Avenue exit when a driver in a sedan crashed into the back of the FedEx truck, according to the California Highway Patrol. The sedan was "disabled in traffic lanes," the CHP said in the collision report.

Shortly after, a second semi-truck crashed into the sedan. That truck veered to the left, crashed into the center divider and overturned, blocking three lanes of the freeway. The semi's trailer toppled onto rail tracks and struck a power pole.

Authorities are working to reopen the freeway, but did not have an estimate on how long lanes would be closed. The cause of the the crash is under investigation.

6:45 a.m.: This article was updated with details of the crash.

This article was originally published at 6:05 a.m.