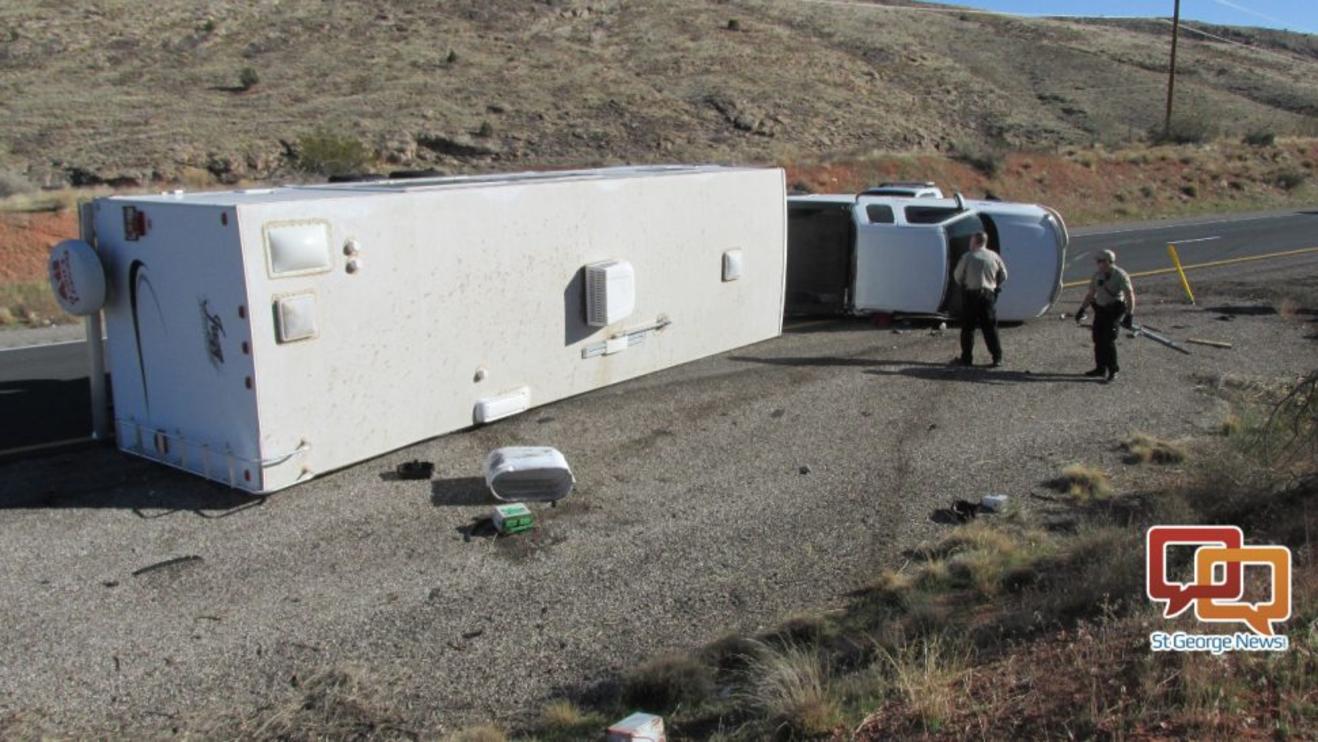 The crash occurred shortly before 4 p.m. on northbound I-15 near mile marker 20, which is close to Leeds, Utah Highway Patrol Sgt. Larry Mower said. The trailer was whipping back and forth, which caused the vehicle to turn over, he said.

The overturned trailer and Ford pickup truck blocked the left lane of I-15, which slowed traffic to a crawl until tow trucks could remove them from the scene. Occupants in the pickup truck were able to get out of the vehicle unharmed, Mower said.

“Thankfully, there were no injuries,” Mower said. “There were also no other vehicles involved.”

Wind could have been a factor in the causing the trailer and pickup truck to roll over, Mower said.

This report is based on statements from police or other emergency responders and may not contain the full scope of findings. 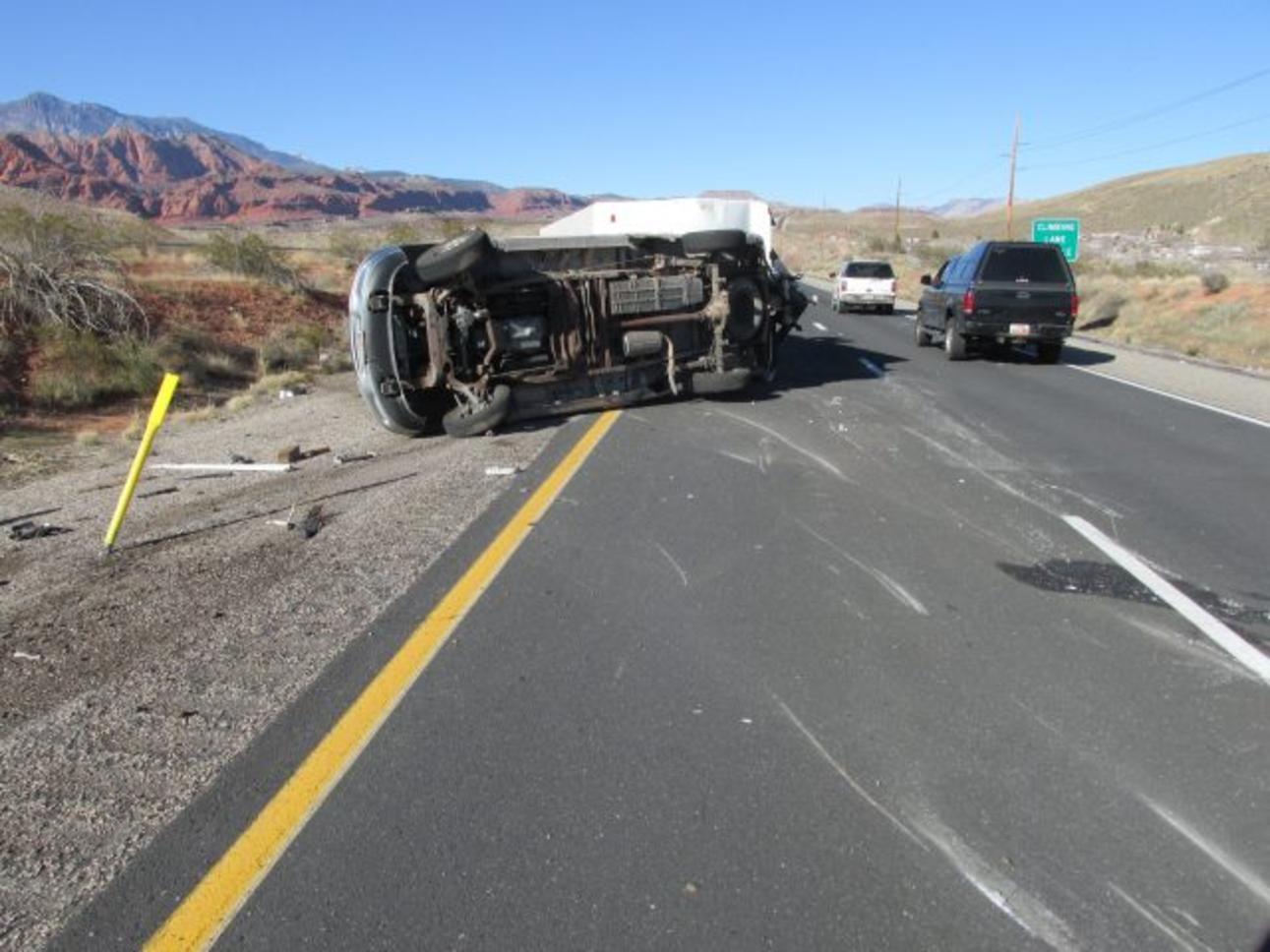 We need to ask questions:

Why are these people paying the same insurance rates as people who never tow?

Was this set up ever approved to tow?