It's Absolutely Unbelievable That Not A Single Police Agency Or Insurance Company Is Attempting To Reduce the loss of over 540 innocent men, women and children in 2018 by these unsafe trailers 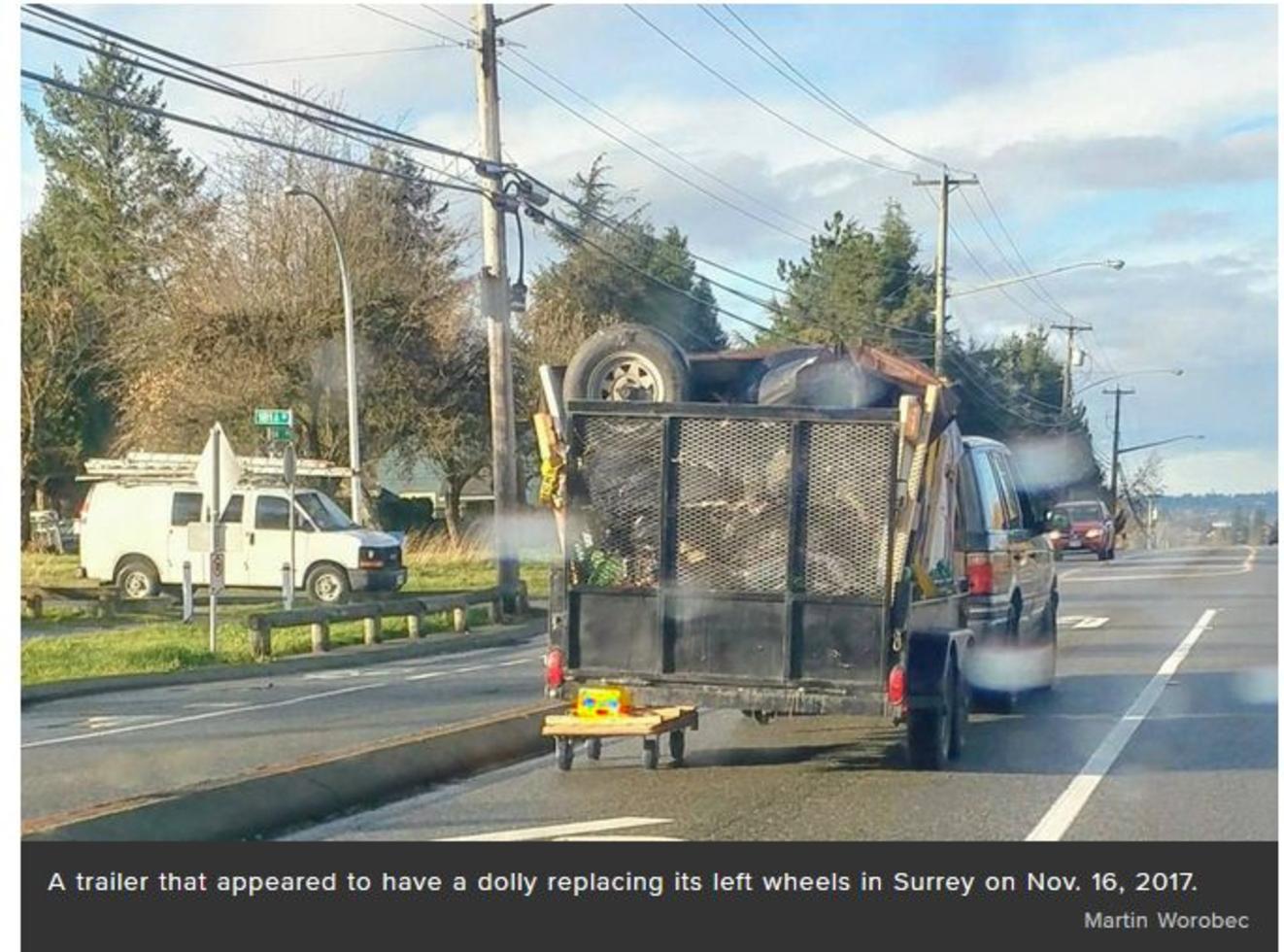 It’s the kind of sight that RCMP Cpl. Scotty Schumann says he’d expect to see in a third world country.  Memo:  In the United States we are slowly becoming a third world county because nobody wants to enforce Utility Trailer Safety except us.

Not at 64th Avenue and 181st Street in Surrey, which is precisely where a trailer sporting a dolly in place of its left wheels was spotted on Thursday morning.

“This is absolutely unbelievable,” he told Global News.

From looking at the picture, which shows a trailer full of work equipment about to make a left turn, Schumann — who previously worked in a traffic unit — identified “many offences” under the Motor Vehicle Act.

“First of all, [officers would] take that trailer off the road and it wouldn’t be eligible to be re-licensed until it undergoes a provincial inspection to make sure it’s road-worthy,” he said.

Officers would also likely consider issuing a ticket for “driving with undue care and attention,” which carries a penalty of $370, Schumann added.

“Insecure load is something I can see,” he said. “But I think mostly we would get this trailer off the road right away.”

The picture will be forwarded to traffic officers and, if they can identify the plate, they’ll consider some type of enforcement, Schumann said. 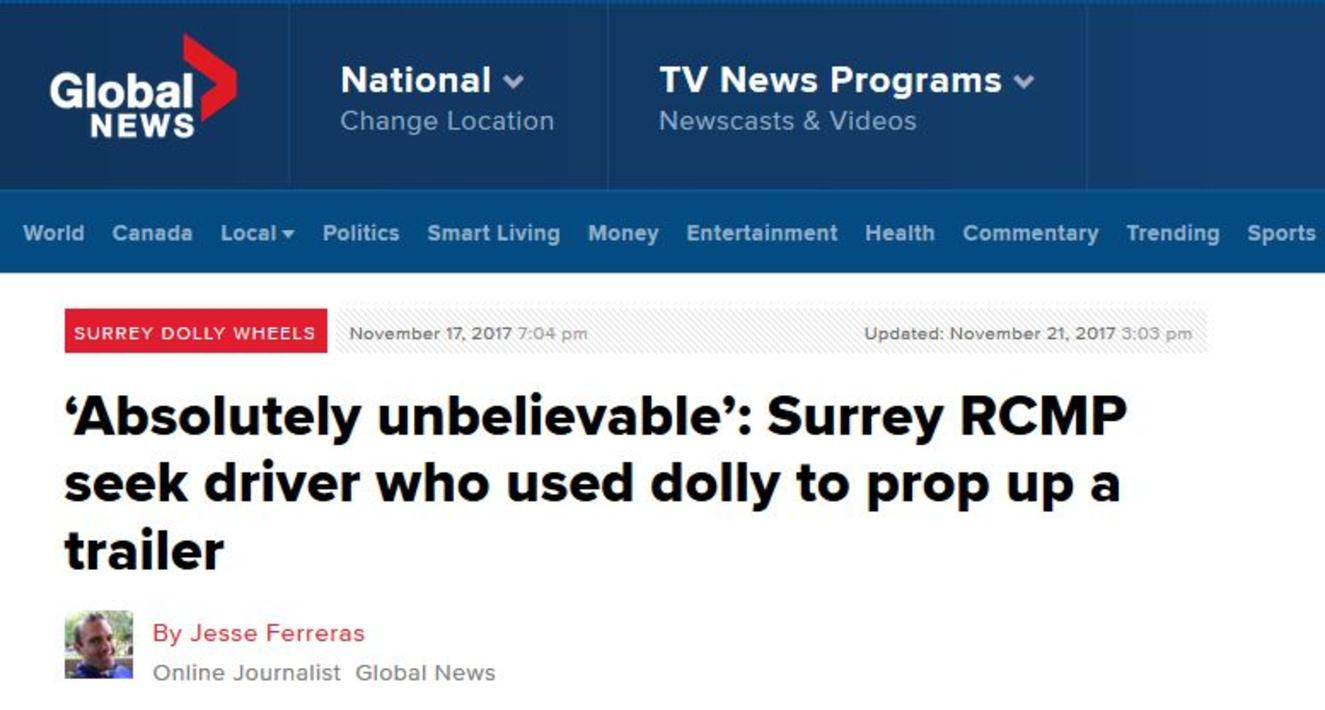