A Hyundai sedan left Geelong-Bacchus Marsh Road and struck a tree just after 2.15pm, killing the female driver while a baby that was also in the vehicle was taken to the Royal Children's Hospital by road ambulance with minor injuries.

Investigators believe a green and white b-double truck was travelling in the opposite direction to the southbound vehicle, and may have flicked debris from the road into the car.

The debris may have also fallen from another northbound vehicle which was in the area before the crash.

Detectives are keen to speak to the truck driver, or anyone who witnessed the crash or has dash cam footage.

EARLIER: The state's road toll has risen again after a fatal crash between Geelong and Bacchus Marsh.

Emergency services were called to Geelong-Bacchus Marsh Road in Balliang East after a vehicle left the road and struck a tree just after 2.15pm on Friday.

The female driver died at the scene, while a baby has been taken to the Royal Children's Hospital in Melbourne with minor injuries where they are in a stable condition.

The road is closed in both directions between Ballan Road and Balliang East Primary School.

Drivers are being warned to avoid the area, and use Bacchus Marsh-Balliang Road as an alternative route.

Police are investigating the exact cause of the crash, and are asking anyone with information to call Crime Stoppers on 1800 333 000.

“We were good friends before we even got together and have been best friends ever since,” he said.

“I used to say to her, ‘You’re a bloody legend Tonks’ – her nickname was Tonks – and we were a good team doing different things.

“She’s a legend and I miss her to bits.”

In less than 24 hours, a GoFundme page has helped raise more than $14,000 for Ms Tonkin’s family.

Anyone who witnessed the crash, has dashcam footage or any information is urged to contact Crime Stoppers on 1800 333 000 or visit www.crimestoppersvic.com.au. 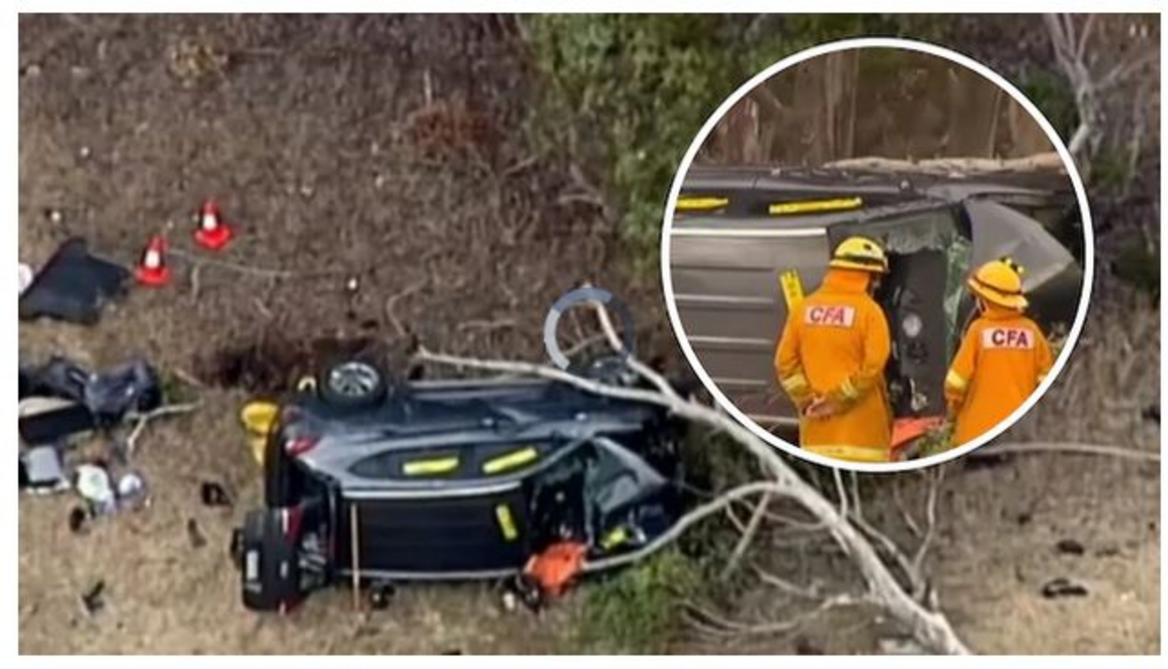 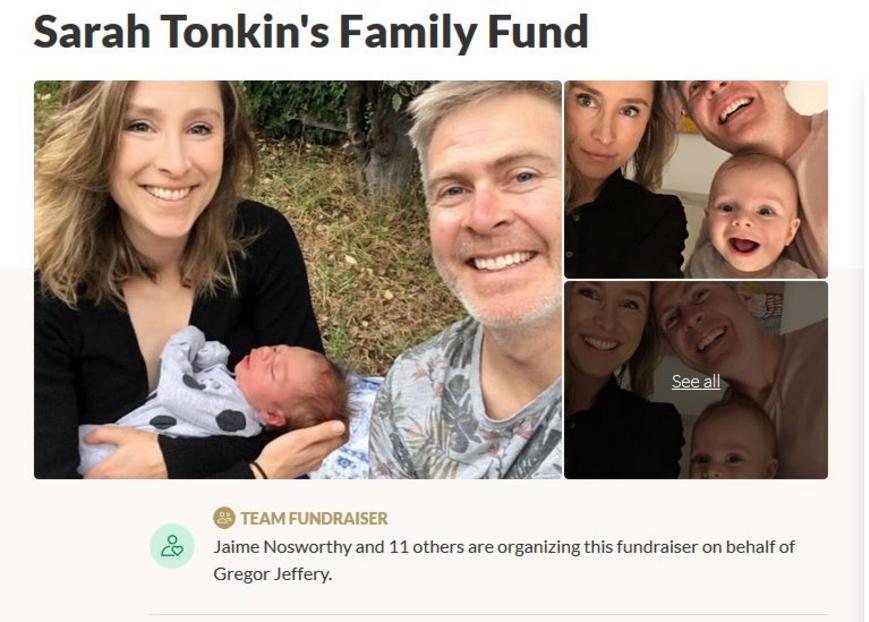 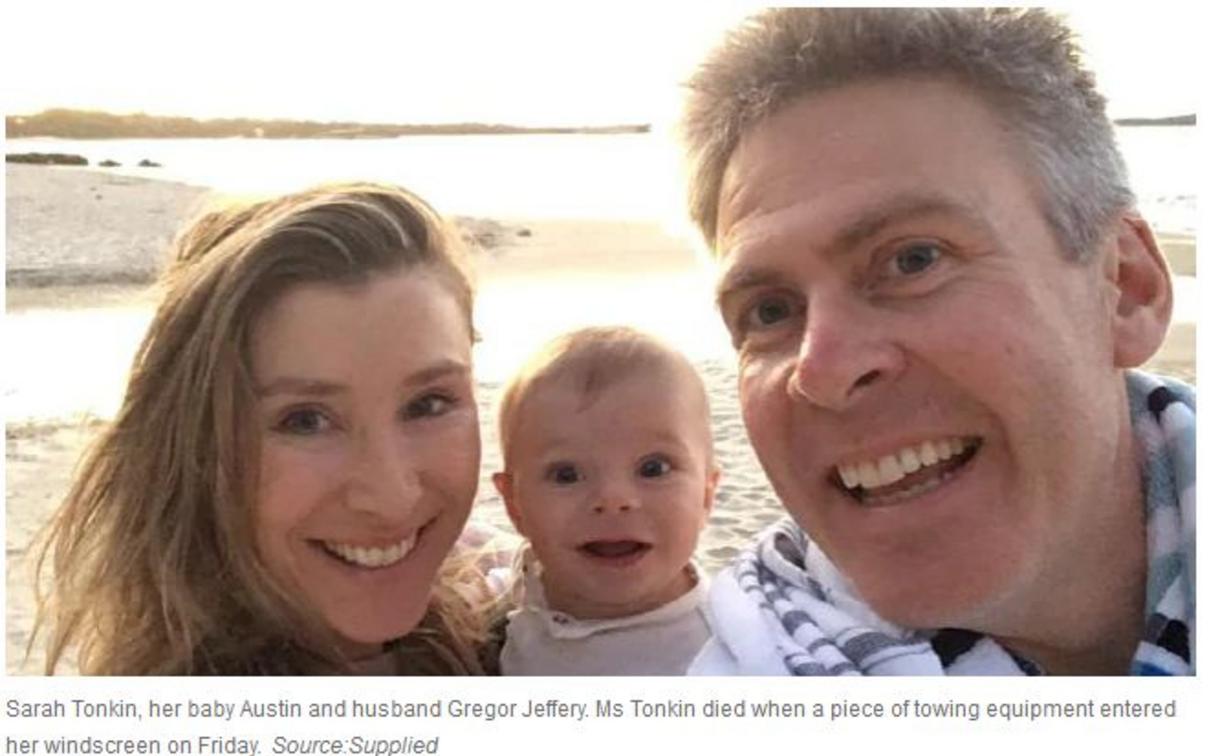 Two drivers believed to have played a role in the tragic death of a Victorian mum on Friday are unaware of what happened, police say.Rohan Smith@ro_smith 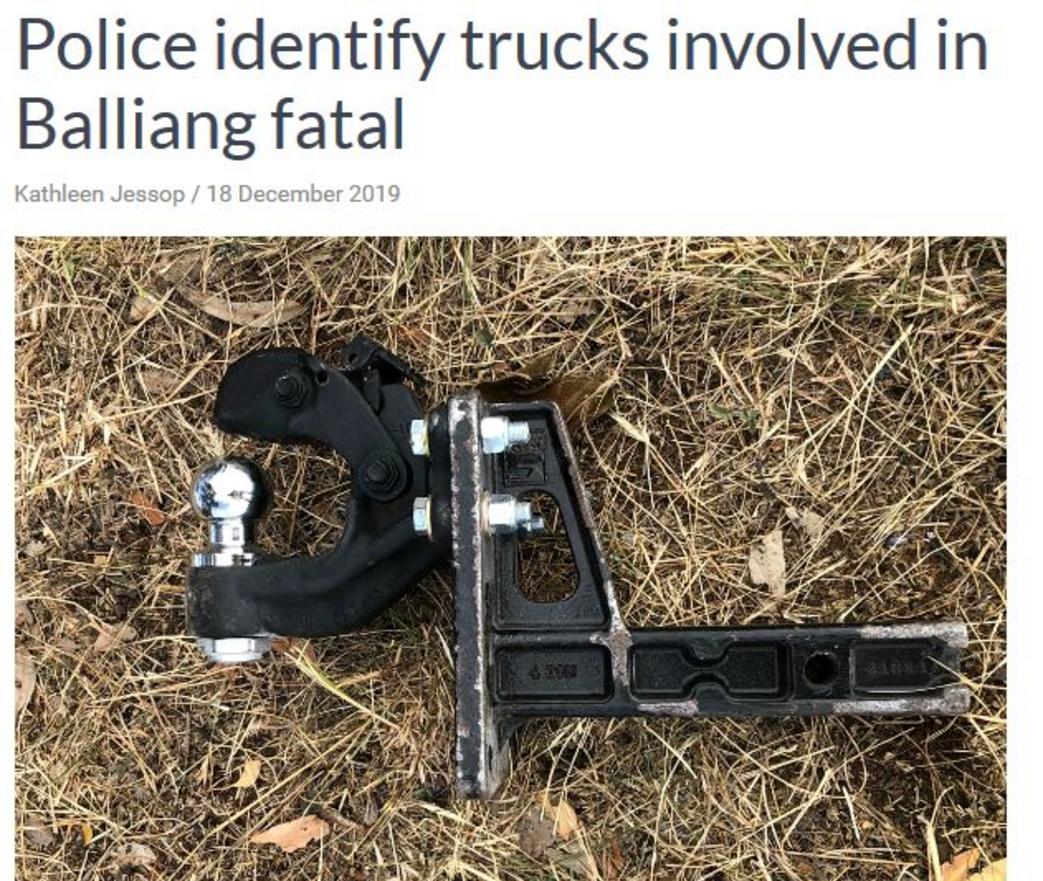 Two drivers believed to have played a role in the tragic death of a Victorian mum on a country road on Friday are unaware of what happened, police say.

Jan Juc mum Sarah Tonkin, 37, died in the most unlikely of circumstances when a pintle hook – used to tow large vehicles – fell from a car on Geelong-Bacchus Marsh Road in Balliang East and was run over by a truck.

The heavy metal mechanism was flicked up off the road and entered the windscreen of Ms Tonkin’s Hyundai SUV, which then careened into a tree. 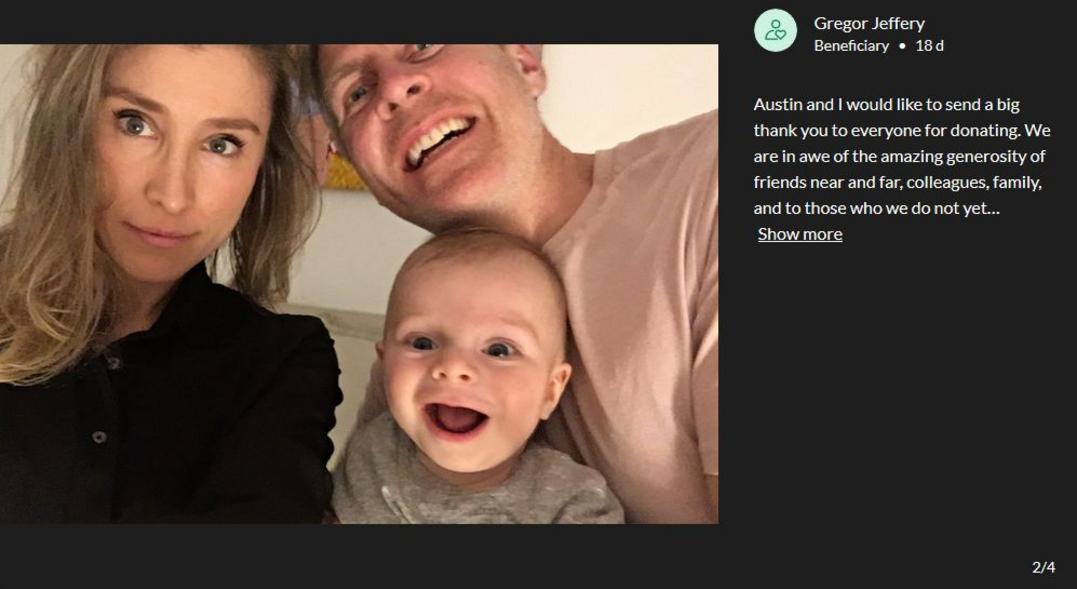 Victoria Police has identified a pair of trucksinvolved in a fatal road incident in Balliang East.

A loose tow bar was kicked up by a b-double on Friday alongGeelong-Bacchus Marsh Road, flying into the windscreen of a female driver.

A flat truck driver was also reportedly driving ahead of the b-double prior to the incident.

It has been confirmed that both driverswere unknowingly involved, with investigations ongoing.

Police have shed further light on a rare and tragic road incident in Balliang, and are searching for two truck drivers.

Initial reports stated that a b-double truck ran over a loose tow bar, which flew into the windscreen of a car driving behind it along Geelong-Bacchus Marsh Road around 2pm on Friday.

The driver of the car immediately lost control of her vehicle,hit a tree and rolled.

The victim was later named as 37 year-old Jan Juc MumSarah Tonkin, who died on scene.

Her baby boy was in the vehicle at the time, and thankfully suffered only minor injuries.

Police now believe that a flat-bed or tow truck driving ahead of the b-double may be able to shed some light on the situation.

"That vehicle appears to be a relatively new Isuzu tray truck, in the footage shortly after is the b-double that we know was involved in the incident," saidDetective Acting Senior Sergeant Phil Frith.

"We don't have any reason to believe that the drivers are aware that they've actually been involved in this incident - the driver of the truck that dropped the tow hitch would be totally unaware, he would not feel anything."

Footage police are referring has been provided by a home owner near the Balliang area, with CCTV captured on their device before the incident.

If you were driving anIsuzu tray truck or d-double (dog and trailer) truck along Geelong-Bacchus Marsh Road on Friday afternoon, you are advised to check your vehicle for missing parts or damage.

"A component has either been removed by someone or not installed...but it is not an allegation we would make that something has failed," maintainedSenior Sergeant Phil Frith.

"This is really serious, unfortunately Sarah has lost her life because of it." 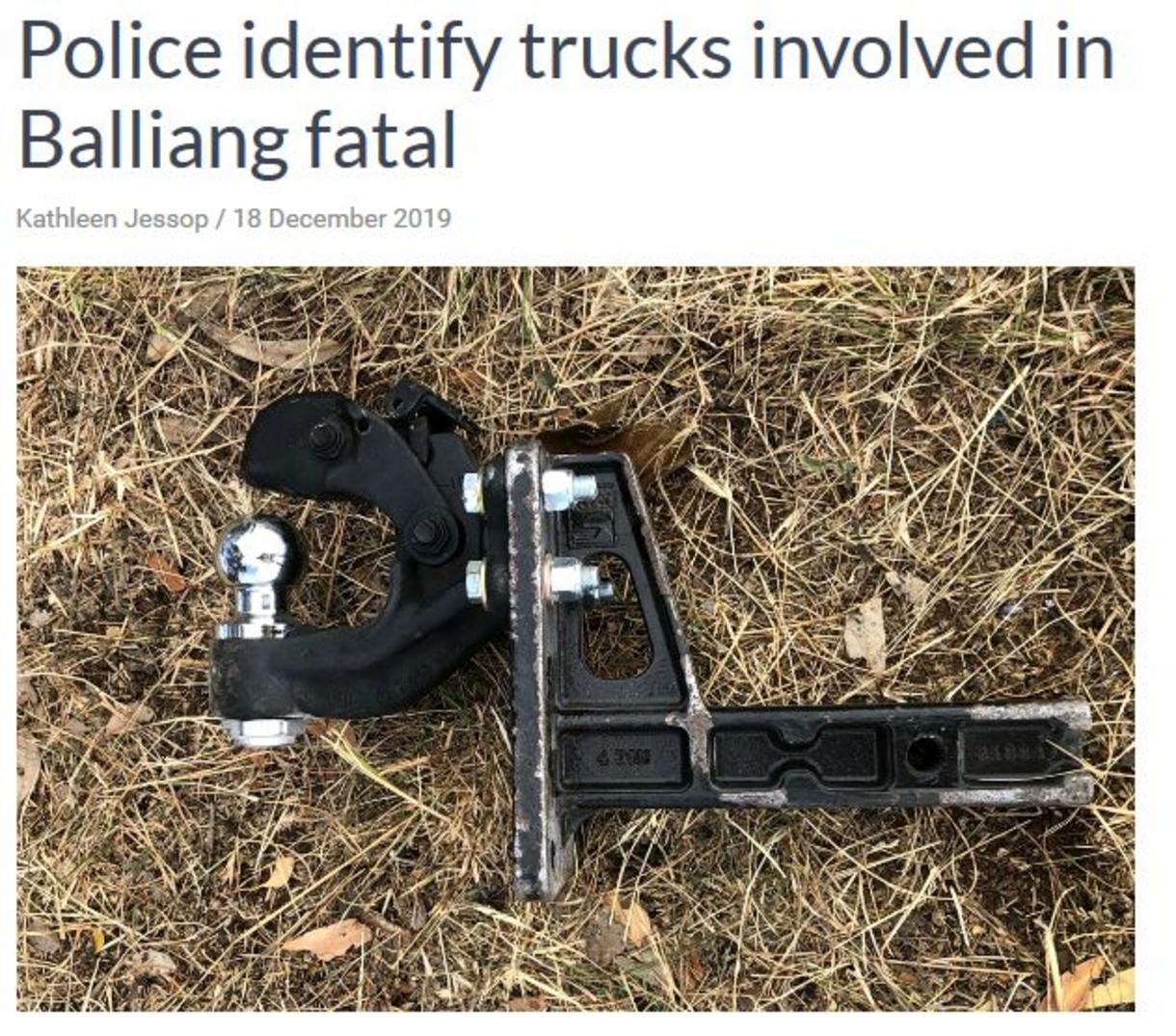 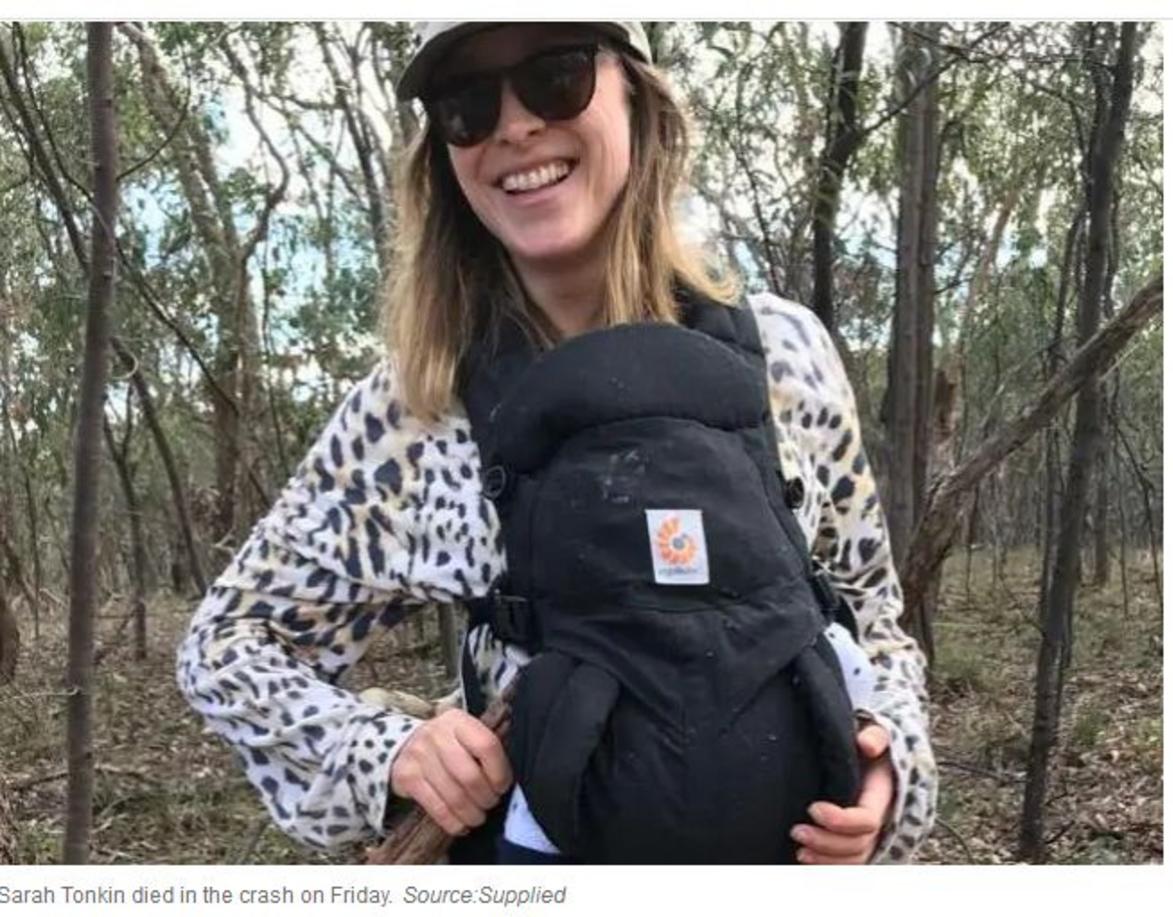 She died shortly after 2.15pm and her young son Austin had to be taken to hospital, but the other two drivers never stopped. Police say they likely still do not know what happened.

A Victoria Police spokeswoman this morning told 3AW that police were appealing for the two drivers to come forward.

“They may not have even known that they were,” she said. “It’s really sad.”

She urged those who may have been in the area at the time to check their vehicles.

“We’re appealing to those drivers. A driver who may have gone home and realised his towing mechanism is missing and also the driver of a white B-double that we believe ran over it and flicked it up off the roadway.”

Austin has recovered from his injuries. 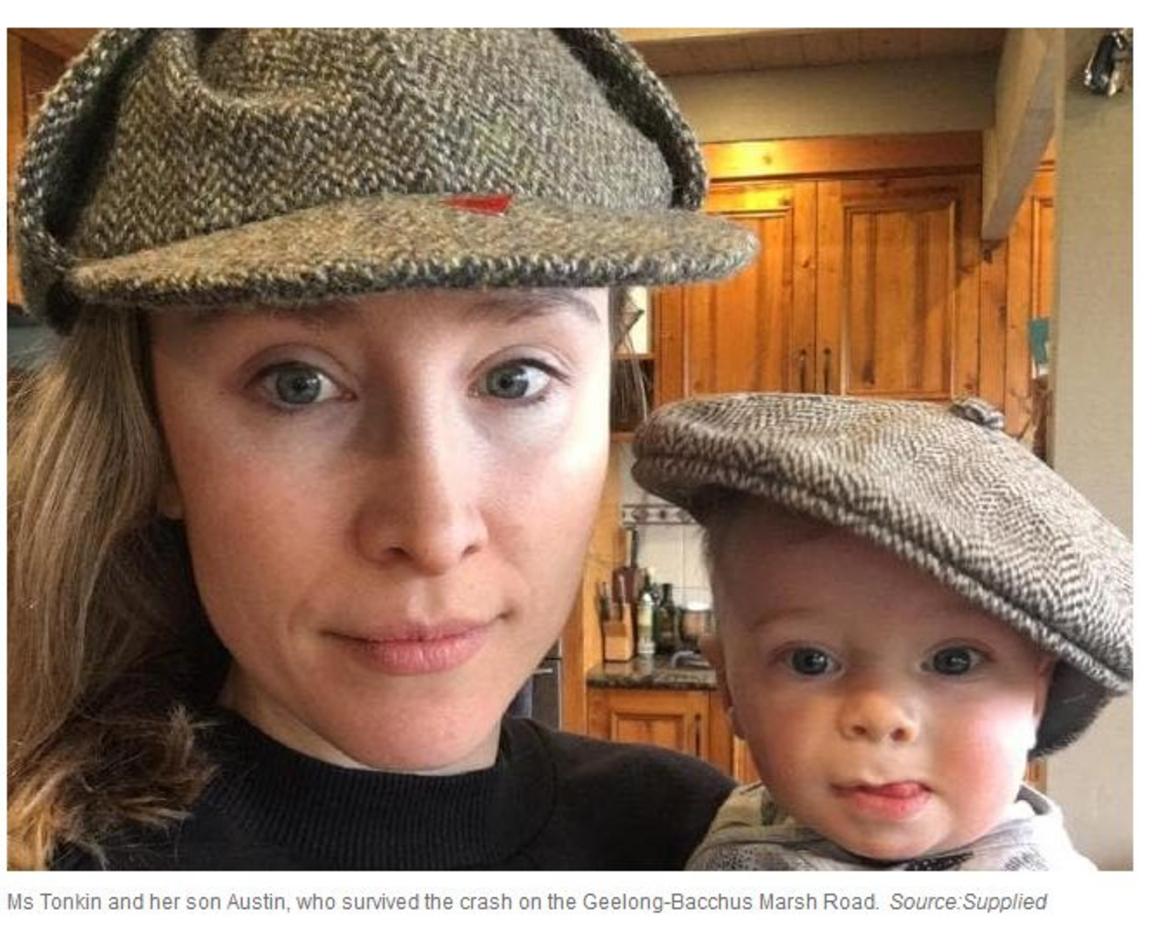 We are the only organization that has been self funding itself for over 15 years with these types of accidents. 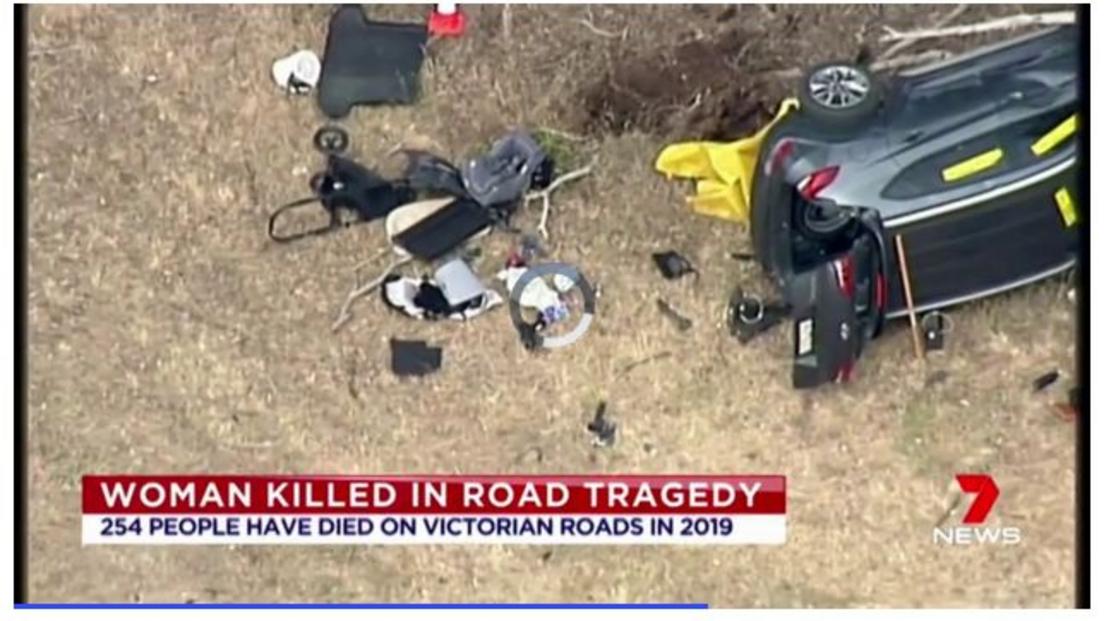 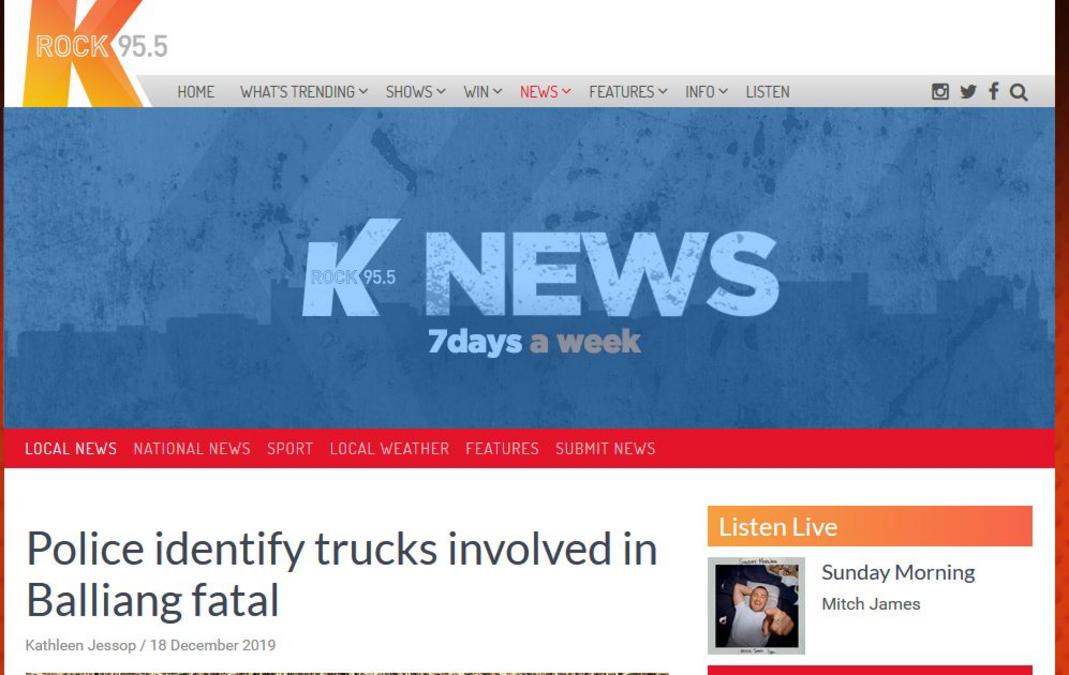