Investigating officers survey the scene along U.S. Highway 95 near Craigmont where a truck towing a camper trailer left the road and ended up plowing through the guard rail. Two people were injured in the one-vehicle accident Wednesday.Idaho State Police photo

Susan N. Thompson, 70, of Greenacres, Wash., was traveling east in a 2016 Ram 1500 pickup truck pulling a 2016 Flagstaff camper trailer at about 2:52 p.m. when the camper trailer began to fishtail, according to ISP.


Thompson swerved into oncoming traffic, and the camper trailer became detached from the pickup and overturned on the highway. The pickup struck the guardrail and continued down a 100-foot embankment, the news release states.

Both Thompson and her passenger, John M. Thompson, 75, of Greenacres, were wearing seat belts. They were taken to St. Mary's Hospital in Cottonwood with undisclosed injuries.


Traffic was restricted to one lane for nearly four hours as the scene was cleared. The crash remains under investigation. 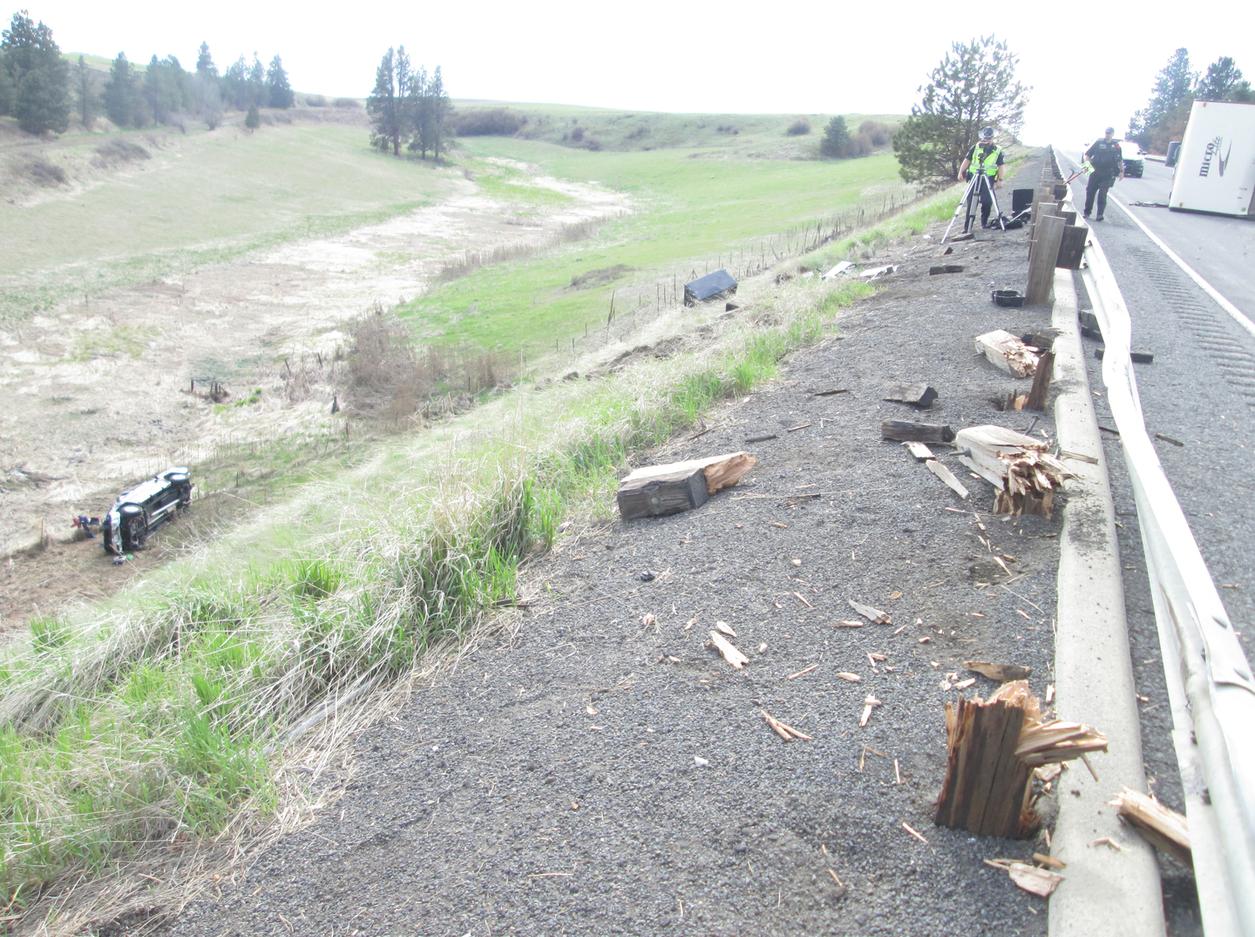 This Happened In Idaho And Ever
Since We Have Been Trying To find
The Details On This Accident
Why Did The Trailer Come Loose?
Click Here

What was the tow rating of vehicle?

Who installed the hitch?

Who maintained the hitch and trailer?

Where were the safety chains?

Did The Hitch fail?

Driver knowledge on how to tow?