This is who this precious person was....all gone...all destroyed by a defective and unsafe product

Stefanie Massey ARLINGTON -- Stefanie Rae Massey, 34, passed away Friday, September 15, 2017. FUNERAL SERVICE: 10 a.m. Friday, September 22, 2017, at Emerald Hills Funeral Home. Interment at Emerald Hills Memorial Park. Visitation 6-8 p.m. Thursday, September 21, 2017 at Emerald Hills Funeral Home. Stefanie was a very intelligent girl. She loved her parents, who are both extremely proud of her. Stefanie was always very generous with her money and her time. She loved animals and had a special love for dogs and cats. Stefanie and her sister Susan were very close and were always together. She was a great high school athlete and won many awards for track and field. Stefanie earned her Bachelors Degree from University of Texas in Arlington. She joined the National Guard in March 2016 and became a Human Intelligence Collector in June 2016 where she finished 2nd in her class. Stefanie is preceded in death by her grandparents, Raymond and Geraldine Massey and Simon and Florencia Barrera. SURVIVORS: Survived by her parents, William and Lala Massey; aunts, uncles, cousins, and many friends.
[logo]

A multi-vehicle collision on State Highway 130 claimed the lives of two Arlington women and injured four more when a trailer detached from the pickup towing it on Friday night.

The wreck was reported just after 8:30 p.m. when a pickup truck separated from the trailer it was towing in the southbound lanes of SH 130 near the 488 mile marker, Texas Department of Public Safety spokesman Sgt. Deon Cockrell said.

After it detached from the truck, the trailer blocked both of the southbound lanes, Cockrell said.

The occupants of the Honda Civic — Stefanie Massy, 34, and Susan Martin, 36, both of Arlington — were pronounced dead at the scene, Cockrell said.

No other information is available at this time. The wreck remains under investigation.

“The Texas Department of Public Safety would like to remind motorist to eliminate distractions inside your vehicle, do not drive drowsy and always obey the speed limits,” Cockrell said.

To all...this is who....including you...each and everyone of you we try to prevent a loose trailer from destroying you...This should not happen period.......Look at what a loose trailer took....look ...and pray.....not only for her family but all the ignorant head in the sand people who have tried to destroy us and do nothing. 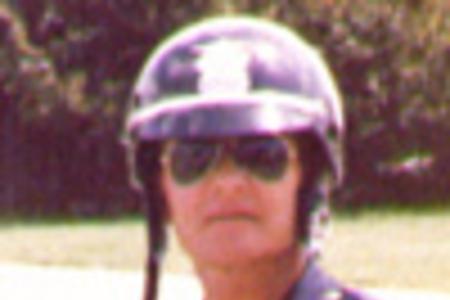 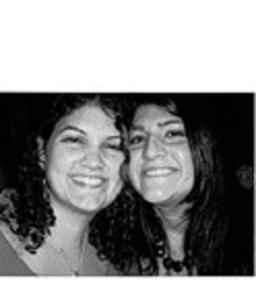 Those three names are forever a part of Mansfield history, and yet unknown to most residents. With the city’s rapid growth, many of our current citizens have never heard of the Red Ball Gas House fire in 1968 that took the lives of two firefighters, or the police officer killed in the line of duty in 1986 responding to a call. These three men gave the ultimate sacrifice for our city, and yet their names and lives have remained a mystery to many until now.

Former City Councilwoman Wendy Burgess spearheaded a subcommittee that began in 2011to address the need to recognize first responders killed during the line of duty.

"The intention was to not only honor those that were lost along with their families," said Burgess, "but to also remind our current firefighters and police officers that we appreciate everything they do for us today and tomorrow. Their lives are important!"

For Burgess, it’s an important recognition as a member of the community, but also as the wife of a law enforcement professional.

"I see the emotional scars that come home with them every night that they simply don't speak of," said Burgess. "Yet they wake the next morning with a smile on their face and a dedication to serve this community with honor. I see them doing great things in our community and I hope this memorial is a daily reminder to all that live in and around Mansfield of the servant's heart these individuals exemplify. I hope it inspires our citizens to take a moment to thank these heroes for all they have sacrificed to keep our families safe and out of harm's way."

Mansfield City Council agreed and was quick to act on the committee’s recommendation, and work began in May 2017 to construct the memorial, located at the front of City Hall facing Broad Street and the Public Safety Building. The 240 square foot new memorial circle area includes a five foot tall granite center podium flanked by two four foot tall concrete walls that curve and slope down to three foot along the edges of the circular memorial. Each wall is designated to represent either police or fire, and has a two-foot-tall replica of that department’s badge, engraved out of bronze. Individual plaques bearing the name of the fallen service members are attached to their respective department wall.

Only three names will be unveiled when Mansfield city leaders gather on Monday, Sept. 25 for the dedication ceremony, and that’s just how they’re hoping it stays.

Mansfield’s fire department was composed entirely of volunteers in 1968. On July 31, two gave not only their time, but their lives. The Mansfield Fire Department was responding to a small fire at the Red Ball Gas House gas station on Highway 287, about a mile south of Kennedale, when a gasoline tank truck on site exploded. The blast lifted the 6,000 gallon storage tank 30 feet in the air, spun it end over end and dropped it on a large trailer house next to the station. The trailer was destroyed, but no one was in it at the time of the explosion. A 200-yard radius around the station was blackened by the scorching flames, and surrounding telephone wires were destroyed in the explosion, hampering calls for help. More than half of the department was severely burned in the explosion, and much of their equipment was lost. A total of 28 people were injured that day, and three people died; local TV news reporter Steve Pieringer and two of Mansfield’s finest, Harry D. Blissard and Shirley Copeland.

Harry D. Blissard was only 41 years old at the time of his death, serving as the assistant Tarrant County fire marshal and chief of the Mansfield Volunteer Fire Department. A member since 1956, Blissard was credited with much of the department’s recent growth and proficiency, including their award as Tarrant County Fire Department of the Year in 1964. Born and raised in Mansfield, Blissard had taken over his father’s business, Mansfield Cleaners, after he passed away. He served in the Navy after graduating from Mansfield High School, fighting in the South Pacific and at Iow Jima. Chief Blissard left behind two children and a community in mourning.

"We just don’t know where we are going to find the three men it would take to replace him," said Ira Gibson, longtime Mansfield resident. "He was an inspiration to the fire department but also to the whole community," said Fire Captain J.T. Spears. "Everybody lost something here."

Shirley Clyde Copeland, 45, died at Parkland Memorial Hospital three days after the fire. He had been an active member of the volunteer fire department for eight years, and worked as a meter inspector for the City of Fort Worth. He was survived by his wife and three children. He was described by fellow firefighters as devoted to serving the community, and "one of the gentlemen of the department." Like Chief Blissard, he was carried to the cemetery on MFD Pumper Number 1, draped in flowers and flags.

"He loved motorcycles, and he loved being a police officer," said widow Linda Cordes. "He was so proud to be Mansfield’s motorcycle officer; it was his dream."

Danny’s dream brought their family from Oklahoma to the Dallas-Fort Worth Metroplex, working as a police officer in four other municipalities before coming to Mansfield in 1976. The 45-year-old officer was killed on May 23, 1986 in a hit-and-run accident on East Broad Street. While on his motorcycle en route to a service call, Cordes was hit by a trailer that detached from a pickup truck. The driver, who fled the scene, was later determined to be an escaped prisoner from Missouri with ties to the Mansfield area. Warrants were issued but he was never captured.

Officer Cordes was a 21-year law enforcement veteran who left behind a wife, two children, and an admiring community.

"He was always such a joy to be around," said Cordes. "He was just a friendly, down-to-earth guy that everyone wanted to be around."

That sentiment is repeated over and over in various interviews over the years; at his funeral, Police Chief Mike Leyman called Cordes an "outstanding one-man P.R department." More than 1,200 people attended his funeral, which included a police procession that stretched for three miles.

His family remained in Mansfield, and is thrilled with this new memorial.

"Our family is really happy to have the city recognize him," said Cordes. "I think Danny would be so proud to show everyone that dreams can come true. He accomplished exactly what he always wanted to do and that’s something to be proud of."
Read more here: http://www.star-telegram.com/news/local/community/mansfield-news-mirror/mnm-news/article174102516.html#storylink=cpy