A pontoon being transported to a local lake busted loose from its trailer Monday, May 7 and came to rest on Interstate 29 near the Wahpeton exit, according to Trooper Luke Hendrickson of the North Dakota Highway Patrol.

Hendrickson said a local resident was moving the pontoon to Lake Elsie near Hankinson, N.D., when straps holding the boat to the trailer broke. The pontoon slid off the trailer and skidded to a stop in a lane of the freeway.

The driver’s name was not immediately available. The Highway Patrol was going to file an event report later Wednesday, Hendrickson said. There were no injuries and boat didn’t cause problems for other drivers, the trooper said.

“In fact, passing motorists stopped and helped push the pontoon into one lane so it was out of the way of other drivers,” Hendrickson said.

Hendrickson said the boat didn’t appear to sustain any damage, other than likely skid marks on the bottom of the pontoons. A towing company from Wahpeton assisted getting the boat back on the trailer.

Why did the boat come off the trailer?

What if this flying boat hit a school bus? 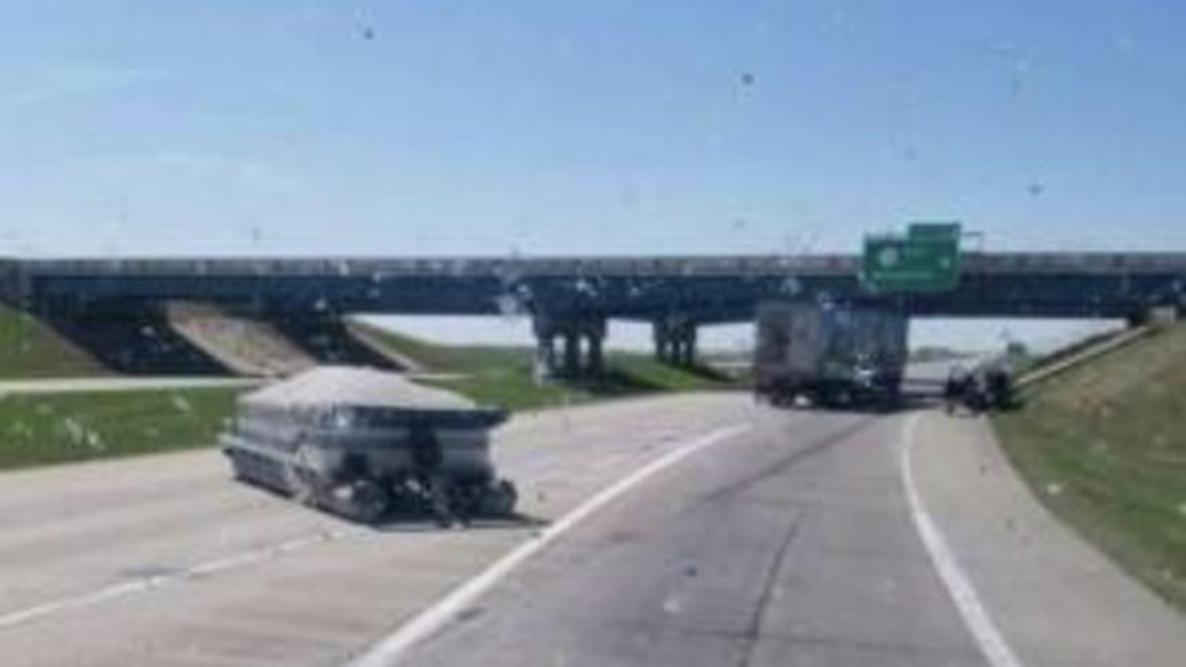 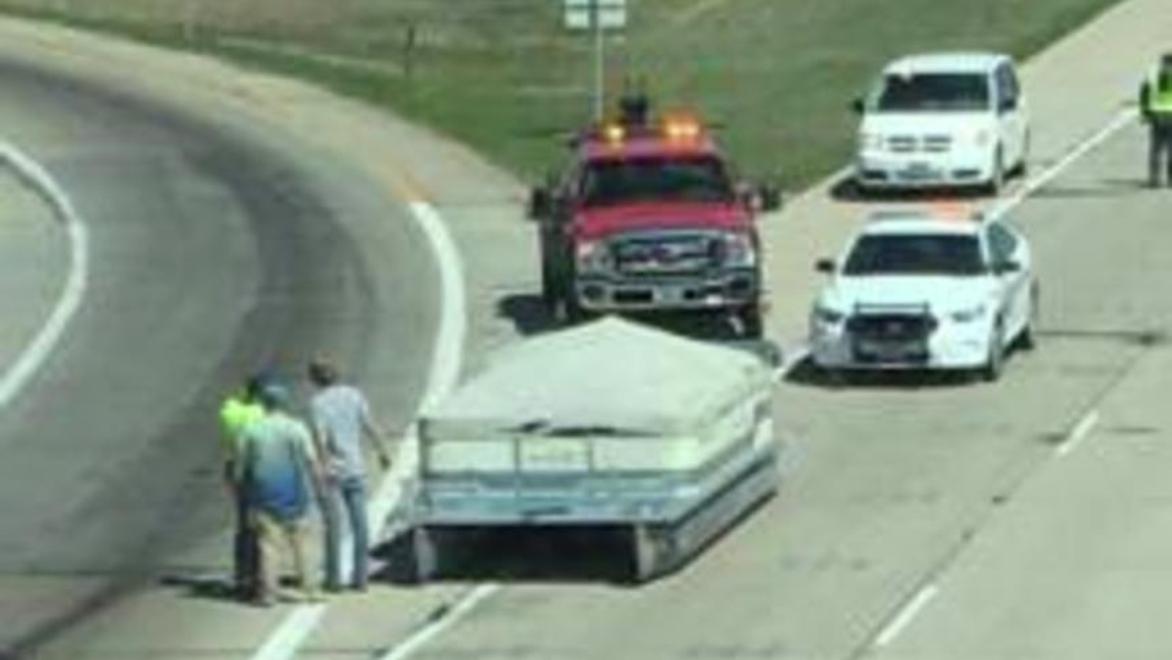