Someone stole a trailer full of bicycles from Bethel School District. Have you seen it?

SPANAWAY, Wash. — A trailer with 20 bikes inside was stolen from the parking lot of Bethel Middle School last weekend.

According to the school district, a trailer containing the bikes had a sturdy hitch lock attached which should have prevented it from being driven away. The trailer was also parked behind a locked gate. Surveillance video shows a thief using a sledgehammer to break the hitch lock so he could hook the trailer to his dark colored SUV similar to a Toyota 4Runner.    “He’s stealing from our students and he’s stealing from our community,” said Program Coordinator Scott Birdseye.

Twenty bicycles and the trailer they were housed in were stolen from Bethel Middle SchoolThe stolen trailer is a 2016 Mirage Xcel with license plate: A8106C.

The bikes cost $450 each. They were all 2016 Specialized Roll entry models with red frames and were used to teach kids at five schools how to ride safely.  They have wide tires with a pressure gauge in them and were purchased from Old Town Bicycle in Gig Harbor, a district official said.  The bikes have reflective stickers with the shop’s name near the bottom of the frames.

Lindsey Schaub who teaches PE at Bethel Middle School says some kids were in tears when they were told about the theft.   "Why and how could you steal from little children? These are their bikes and trying to explain that some bad person came and stole them Saturday night, that was hard to do.   A lot of my students, this is their only opportunity to learn how to ride. It's like stealing an education. You just don't do that," said Schaub.

If you have any information that can help Pierce County detectives identify the suspect, or recover the stolen bikes and trailer, use the P3 Tips App to submit your tip to Crime Stoppers, or call the hot line at 1-800-222-TIPS(8477). 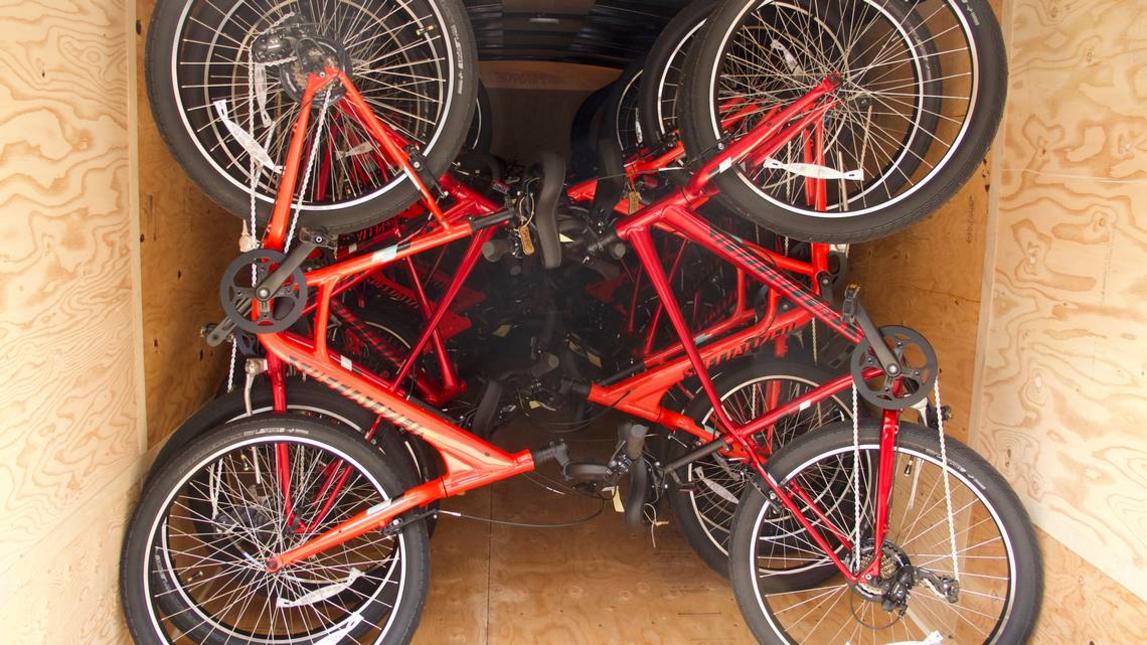 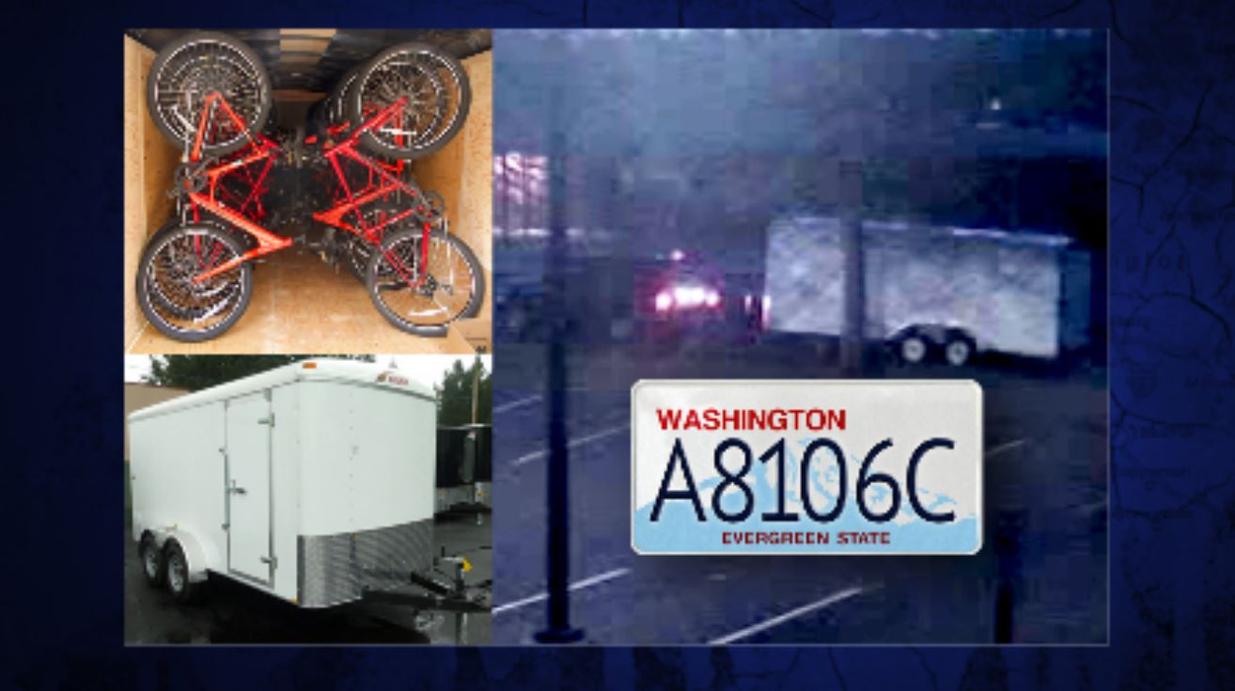 This trailer with 20 bicycles inside it was stolen from Bethel Middle School in Spanaway over the weekend, the school district announced Tuesday. Anyone with information about the whereabouts of the trailer or its contents is asked to contact the Pierce County Sheriff's Department. Bethel School District Courtesy

Someone stole a trailer full of bicycles from Bethel School District. Have you seen it?

A trailer with 20 bicycles inside it was stolen from Bethel Middle School in Spanaway over the weekend, a school district news release said Tuesday.

The bicycles were funded by state grants and the Cascade Bicycle Club and were used to teach kids taking physical education classes throughout the district how to ride safely.

The trailer, a white 2016 Mirage Xcel with Washington state license plate no. A8106C, was secured with hardened locks on its doors and a hitch lock, and it was parked behind a locked gate when it was stolen.

"We’ve lost the trailer, we’ve lost the bikes, and these kids have lost an opportunity," district spokesman Doug Boyles said.

Be the first to know when big news breaks

All 20 of the bicycles are red Specialized Roll Entry models, and they have wide tires with a built-in pressure gauge. They will have labels on them from Old Town Bicycle in Gig Harbor low on the frames.

"It's really just a shame," Boyles added. "If you look at the weather, it’s a beautiful day, and nobody’s riding bikes here at Bethel Middle School.

Anyone with information about the whereabouts of the trailer or its contents is asked to contact the Pierce County Sheriff's Department at 253-798-4840.

Trailers Are The Most Often Things Stolen On Wheels And The Least Often Found...Ron J. Melancon

The State Of Oregon Is The Largest Stolen Trailer State on the West Coast...No Registrations  for Small Trailers Like This.