BANGOR, Maine — An accident cast horror on Bangor’s Independence Day celebrations when an antique firetruck crushed to death the rider of an antique John Deere tractor during the Fourth of July parade, police said.

Firetruck riders told police that a mechanical failure caused the truck to go out of control in front of a large crowd of parade-watchers and slam into the rear of the tractor as both turned onto a downhill stretch of Water Street at 12:40 p.m. Thursday, police said.

UPDATE: The man has been identified as Wallace Fenlason, 63, of Holden.

The firetruck “stalled and started to roll” as it turned onto Water Street from Main Street. That might have caused the truck’s braking system to fail, speculated Tammy Haskell, who said she was standing at Main and Water streets when the accident occurred.

UPDATE: The firefighter who was driving the truck has been placed on leave, officials said Friday.

“It rear-ended the tractor and the [tractor] driver was not expecting it,” Haskell added. “I saw the driver flying through the air. The tractor rolled onto him and [then] the truck” hit him.

“I saw the tractor tip over by the truck and somebody was underneath it,” said witness John Bunker, 27, of Bangor. “I heard people screaming, people saying to stop the truck. Then I heard over a loudspeaker somebody saying to clear the area.”

“Crowds rushed to push the fire truck up the hill, and off the man,” Marie Tessier, a Bangor resident, wrote on Twitter. “It was clear he was not alive.”

“There were a lot of children there who witnessed this,” said Haskell.

The crowd’s reaction “was like one collective gasp. You could hear it in the whole crowd. I can tell you, that is one of the things I will never forget,” she said. “And then there was utter chaos of parents trying to get their kids out of there.”

Bangor police Sgt. Paul Edwards said investigators could not immediately confirm that the victim was driving the tractor. Police also declined to release the man’s name and were only beginning to assemble witness accounts and accident details early Thursday afternoon.

The parade was diverted down Water Street from Main Street to keep it away from Park Street, where a despondent man fired more than 70 rounds earlier in the day before being taken into custody. Gov. Paul LePage was among the parade’s participants this year.

The collision forced police to immediately stop the parade, Edwards said. Spectators and media gathered in small groups near the yellow tape police had strung around the accident scene.

The man’s body initially remained at the scene among the two vehicles. Bangor firefighters covered the tractor, the body and the front left portion of the firetruck with large gray and green tarps.

Tessier wrote in an email that she saw the tractor driver “roll into the pavement, into the path of the firetruck.” She said she suspected that the tractor tipped over while making the right turn onto Water Street.

“Those of us on the sidewalk by the [Freese’s] building had to run to avoid being in the path of the truck,” Tessier wrote in an email.

The anguished look on the face of the young blond-haired man who was driving the firetruck told Haskell that he knew he was going to hit the tractor — and was helpless to prevent it. Haskell estimated that the truck was going about 5 mph and that there was “probably not 5 feet” between the vehicles.

Haskell said she would never forget the seeming slow motion of the tractor driver flying through the air or the look on the firetruck driver’s face.

She said she felt the downhill grade to Water Street contributed considerably to the accident.

When Edwards was asked if he thought the shooting incident caused or contributed to the accident by causing the parade to be rerouted, Edwards replied, “Draw your own conclusions.”

The decision to hold the parade and reroute it to avoid the shooting incident downtown was made by Bangor and Brewer police in conference with Doug Damon, chairman of the parade, and other officials, according to Damon.

Damon, who has served as parade chairman for 15 years, said he was kept informed by both police departments Thursday morning as the incident continued. He said police told him the parade would be canceled if they thought it necessary, but they later determined it could be held if it was kept away from the shooting scene.

“We got together and Brewer PD told me we couldn’t go near the downtown. We discussed alternate routes. Brewer PD called [Bangor PD] and were told we could go down Water Street to the parking garage,” Damon said Thursday afternoon.

Damon said he had previously walked what became the alternate route and did not think the grade going down Water Street would cause a problem for vehicles or marchers. He said he did not see the fatal accident, having returned to Brewer after marching in a contingent with LePage. Damon said LePage had not arrived in time to take part in any of the discussions about canceling the parade or changing its route.

“It was tragic,” Damon said of the accident. 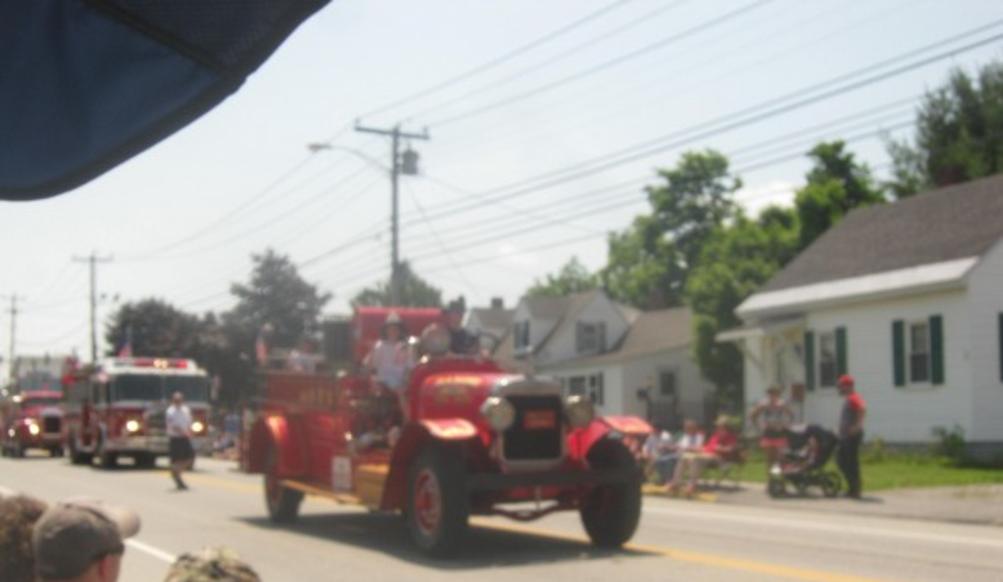 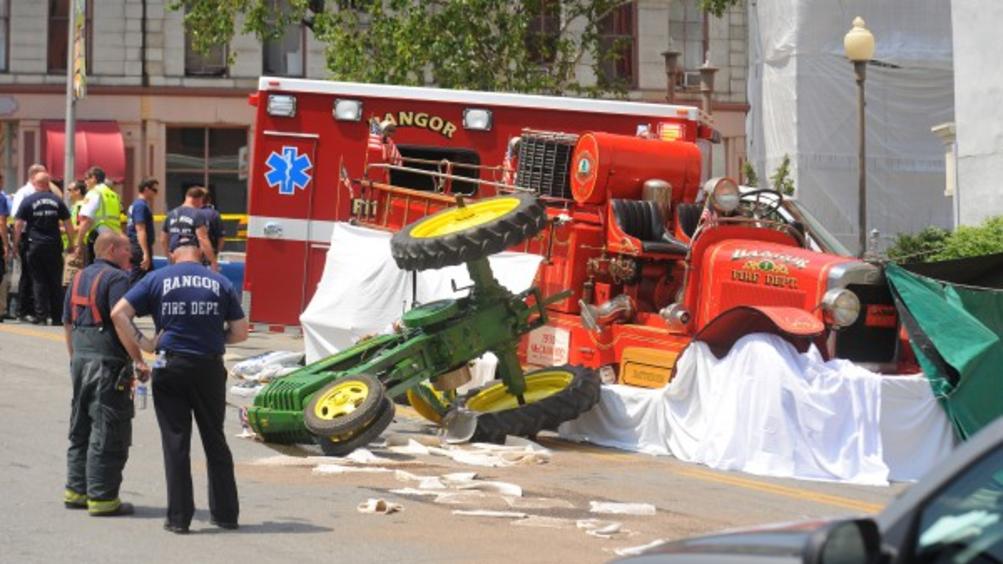 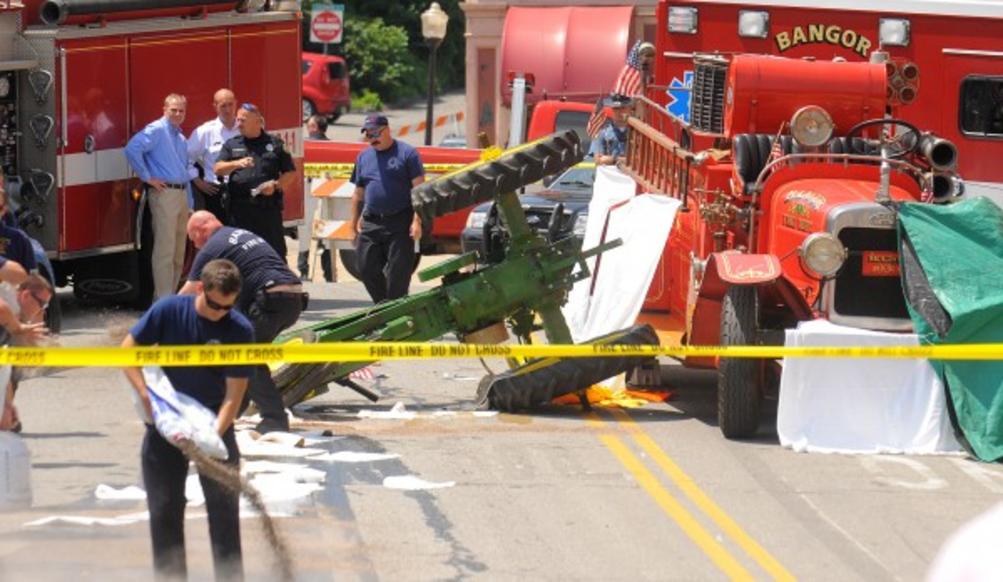 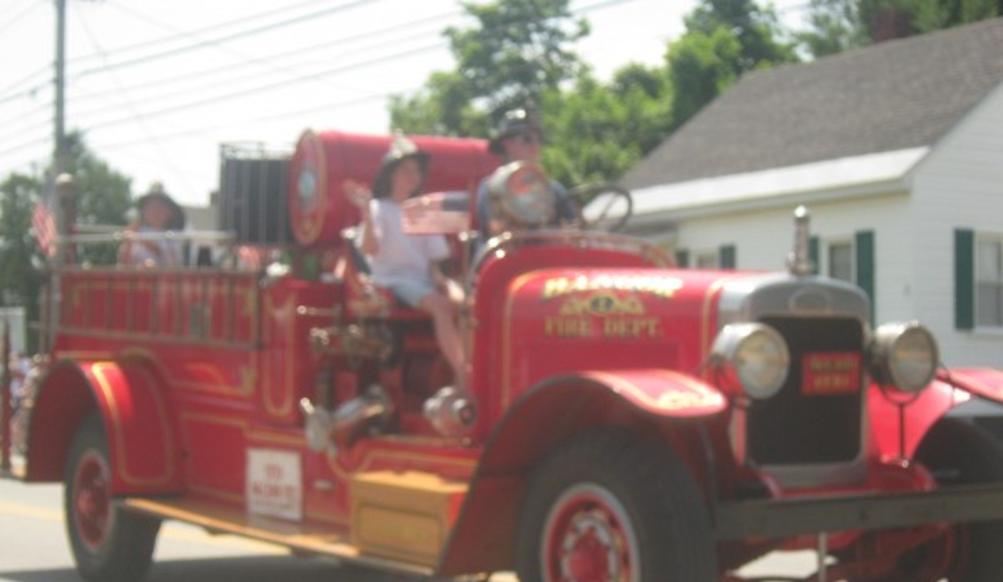 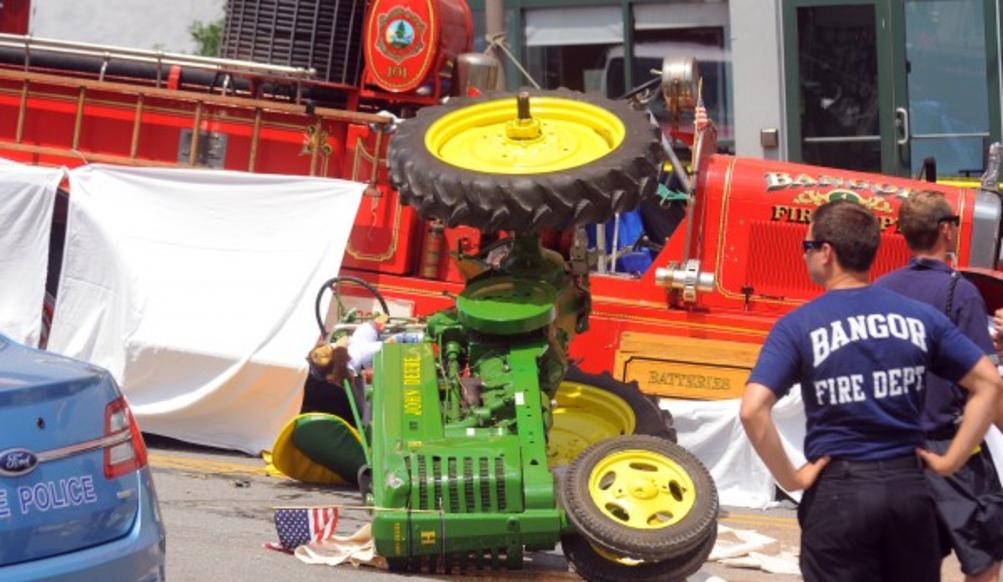 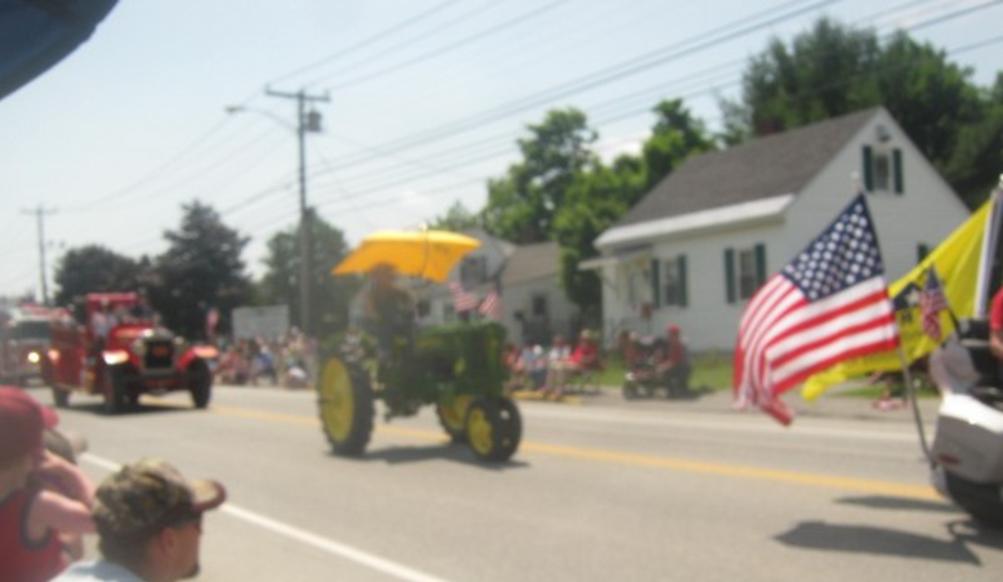